COMMENT: Ever non-compliant. Ever non-conformist. Even on his last day at Real Madrid, Bale stuck to type...

Now on his way to London to join a club, teammates and manager who actually appreciate him, Bale spent his final day at Real's Valdebebas training HQ mostly in the gym. The Wales captain arriving in the morning in his favoured 2016 Audi - not the 'company car' distributed to the players for the start of the new season. Bale again went with what he knows. What's comfortable. And what works for him.

Like his golf. His tennis. His physio. Bale has his habits. His ways. And no matter the pressure from management or media, he's not one to change things that actually work for him.

So he drove his Audi yesterday into the Valdebebas carpark for the last time. And after fulfilling his morning duties in the club gym, made sure to hang around for the end of first team training so to farewell the squad as a group. The 31 year-old gave a short speech inside the dressing room, thanking those who had been with him these past seven years and also wishing the team "the very best" for the new season. Significantly, Zinedine Zidane didn't show his face...

And with that Bale was off. Bags packed. Flight booked. The four-time Champions League winner would board a London bound flight hours later. The curtain coming down on a Real Madrid career which in the books stands alongside any of the club's greats.

Sixteen trophies won: four Champions Leagues, four Club World Cups, three European Super Cups, two LaLigas, one Copa del Rey and two Spanish Super Cups. A haul of silverware as good as any player to pull on the Los Merengues shirt. For the €100m Real parted with seven years ago, that money has been repaid by the multiple in success both domestically, but particularly in Europe.

But that's just it. It won't be today. Nor tomorrow. Indeed, it may take a good ten years before Bale's impact at Real Madrid is recognised. The fans never took to him. Certainly the media didn't. And even his teammates struggled to build a relationship with Bale away from the club.

Bale had his ways. His habits. His routine. His family was happy in Madrid. He had his own life outside the club. For better or worse, embracing the Madridista culture wasn't for him. He stuck with what worked. Which for a club and a support as demanding as Real Madrid, eventually proved his downfall. 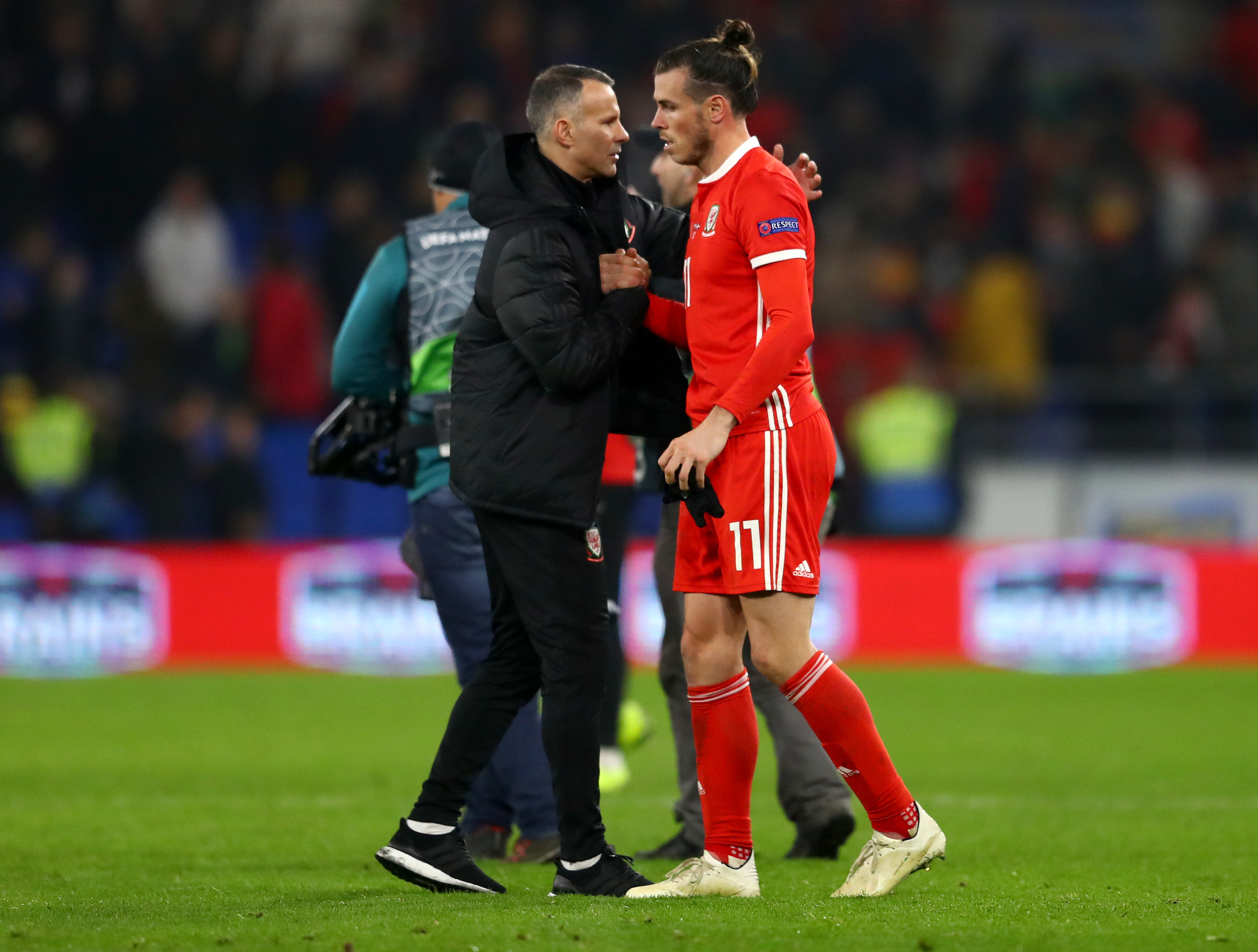 Giggs and Bale together for Wales

Even yesterday's goodbye was non-compliant. The routine thing. The expected thing. The outcome the Madrid press - and even some teammates - had been predicting. It was to be a season in the stands for Bale. Maybe even two given the length of his contract. He'd be happier sitting out the final two years of his deal, collecting the €600,000-a-week he and Florentino Perez, the Real president, had settled on four years ago, than playing regular football again.

But again, Bale didn't play ball. He didn't acquiescence to media predictions. Instead, the Welshman has found his move away. To a place he knows. Where he's comfortable. And it's on his terms. There'll be no cut on his current contract - Florentino agreeing to cover 50 per cent of his salary for the coming season.

So what will Spurs be getting? The surly, obstinate, non-communicative caricature portrayed in the Madrid media? No, not even close. And for proof, you need only contrast the Bale of Real Madrid with the one who wears proudly the captain's armband of Wales.

With his national teammates, Bale is a leader. A humble, quiet leader. But still a man willing to embrace the responsibility of being a captain. Always happy to fulfill media duties. Ever open and prepared to guide and lift his young teammates. Bale is everything in a Wales shirt that he is accused of not being when on Spanish soil. In a locker room where he is admired, even revered, he thrives. Under a coach - whether that be Ryan Giggs, or before him Chris Coleman - who respects and understands him, Bale flourishes.

Wales, humble Wales, offers Bale everything he didn't have at Real Madrid - particularly during the Zidane eras. And when he walks into Spurs Lodge for the first time, he will get the same response.

Harry Kane, Hugo Lloris - they'll welcome him. A new teammate capable of helping fulfill their own ambitions. Harry Winks, Dele Alli - they'll admire him. Some of the younger Spurs players will even be in awe. The absolute opposite of what Bale experienced inside Real's locker room as a young clique lobbied to both Zidane and higher ups - via their agents - for him to be discarded.

And then there's the manager. As Jose Mourinho stated earlier this week, Bale knows his new boss has wanted to work with him for the past eight years.

"I tried to sign him (Bale) during my time at Real Madrid," declared Mourinho as negotiations were reaching the pointy end, "and the president followed my instincts and knowledge and the season that I left, he brought Gareth to the club.

"That is no secret and Gareth knows it."

Now with Bale at 31, the pair have their chance. Bale's decision also raising the stature of his manager amongst his new teammates. Suddenly, it's the Mourinho of old. The Special One. The one the greats of the game want to play for. Like Zlatan Ibrahimovic at Manchester United, Bale's arrival not only lifts the playing group, but gives the manager a fresh sense of credibility inside the dressing room. Kane et al now know they're playing for someone who can make things happen. Any creeping doubts shut down by today's imminent announcement.

He'll need some luck, of course. There's no avoiding that injury record. But by going his own way, refusing to comply, to conform, Bale has found his way back to where he's comfortable.

And at Tottenham, with these players and this manager, he has every chance of succeeding.