Tony Carr, West Ham's former academy director, admits he thought Chelsea missed a trick when they released Declan Rice following his release at the age of 14. But was he destined to be a star?

"No, not immediately," Carr tells TribalFootball.com. "Development is a process."

It was something else that caught Carr's attention, traits that have helped Rice develop into a regular for England and captain of West Ham.

"It wasn't his footballing talent that first caught my eye. It was his temperament, his dedication, his commitment and when you said anything he looked you straight in the eye and you're thinking, I like this."

Carr is responding to questions about 'Moneyball', an analytics-based recruitment strategy which became famous in Major League Baseball and has recently found success in English football with Brentford and Liverpool.

"[Rice's temperament] is something you couldn't see just using statistics alone," says Carr, who is now 71. "I think those things are important with young players, but it wouldn't be for me 100 per cent. I'd still have to have people out there watching players." 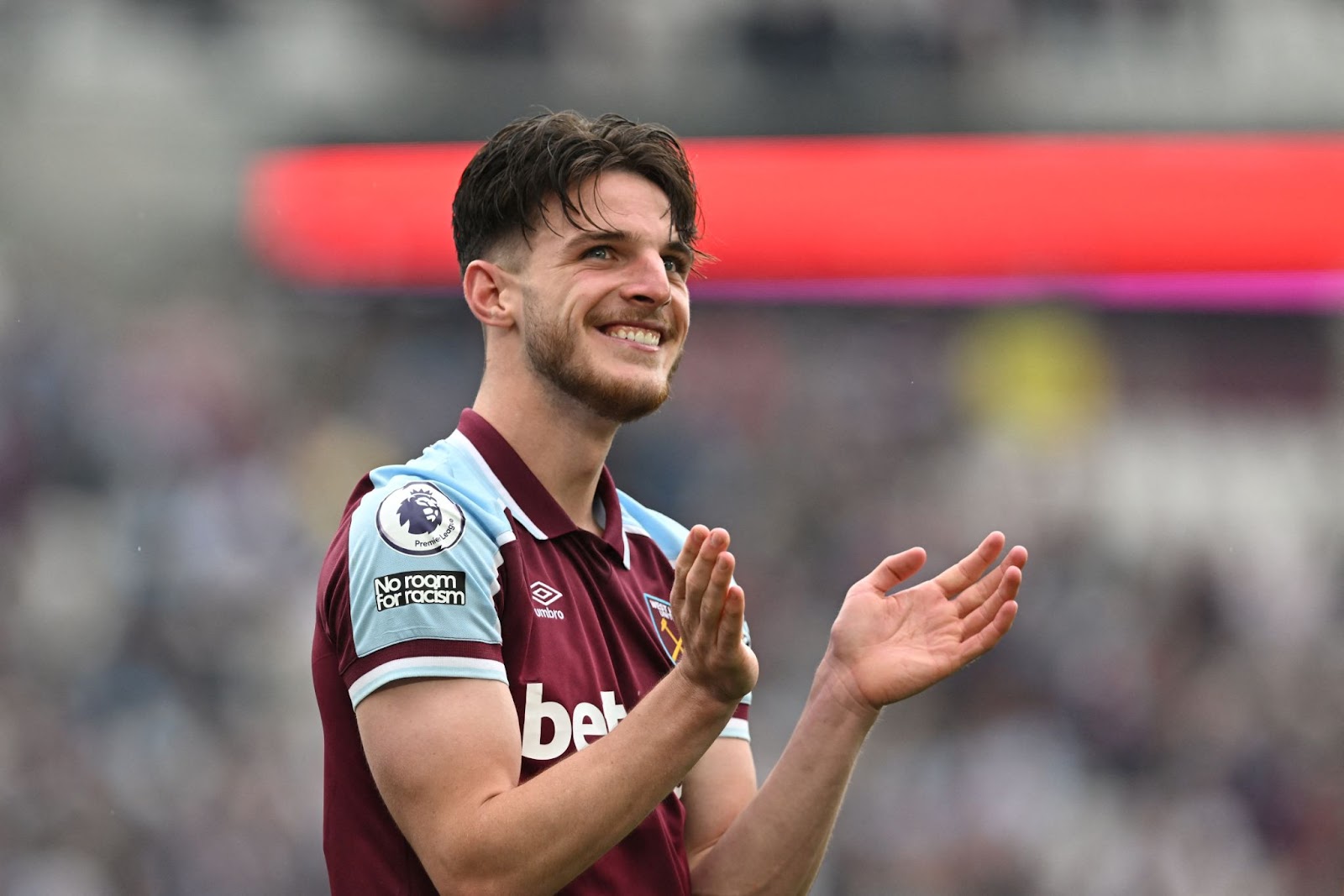 When Carr speaks about recruitment, you take notice. This is the man who worked at West Ham for over 50 years. Yes, the same West Ham that produced the likes of Frank Lampard, Joe Cole, Rio Ferdinand, Michael Carrick, Paul Ince, Tony Cottee and many, many more.

Carr details his incredible history at the club in his new autobiography, A Lifetime in Football at West Ham United, which he wrote entirely by himself and is accompanied by interviews with former pupils such as Lampard.

Such is Carr's stature at West Ham that he was one of the few included in a guard of honour for Mark Noble's send-off at London Stadium last weekend.

It was Carr who helped teach Noble the values shown by the 37-year-old as he swept the away dressing room during the recent Europa League quarter-final against Lyon.

"Mark is now a very wealthy man, it's his last season and he is still doing it. He doesn't mind picking up a broom sweeping, it wasn't a stunt. That was Mark," Carr says.

These values of respect, humility and family were enforced strictly by Carr and his team. Some players didn't adhere to the rules and thus slipped through the cracks. Carr names Junior Stanislas, who has since enjoyed a successful career at Bournemouth, as an example.

"He's a good player Junior and I saw him a few years later and he came up to me with a big smile and said to me I wish I listened to you when I was 17, so I think the penny dropped eventually," Carr says.

He continues: "My mantra was the easiest bit is getting there, the hard bit is staying there. Most of the players who I worked with that went on to do great things, they also maintained the hunger to want to be the best and maintain standards because talent alone won't get you there."

Two of those famous names, Ferdinand and Lampard, who went on to win a combined nine Premier League titles and two Champions Leagues, showed their commitment relentlessly during their academy days.

"Rio and Frank you couldn't get them in!" Carr explains. "We had a sports hall and they devised this little game with two or three other players in the afternoons. We'd done an hour's training in the afternoon and the school boys would just be turning up at 5 o'clock.

"I'd be telling them to come on and get out of there, the school boys are coming into train, get in for a shower, I couldn't get them out. They loved it. They have wanted to be there all day long, working, training, kicking balls, passing balls, making up games themselves and I think all that is part of their character development and it certainly helped them become better players and they took that onto their professional careers. They are the little margins that make the difference, there's no doubt about that."

Carr describes how Ferdinand was one of those rare talents as a young player, "He was destined to make it because you looked at him and thought if this kid doesn't make it then none of us know what we're doing."

But Lampard was different.

"He had such a work ethic, and still has, that he made him the player he was eventually, which was interesting because he realised himself that he had work to do at a very young age to be the player he wanted to become."

Joe Cole, who remains close with Carr to this day, was an electrifying teenager and Carr admits he regularly kept at bay those who wanted his signature, including former Manchester United manager Sir Alex Ferguson.

"Many a moment I thought we were going to lose him because quite literally most clubs in the Premier League wanted Joe Cole," Carr says. "But I go back to what I said before. Joe signed for West Ham because he liked the environment.

"We gave him the freedom to express himself and not be afraid. I think he appreciated that and I think that's why he signed for West Ham. And the bigger clubs were always clamouring over his signature."

The philosophy of blooding youngsters was a conscious decision by former West Ham managers John Lyle and Harry Redknapp, Carr says. It was his job to lead recruitment, training and preparation for this goal to be fulfilled.

"It was something we did try to sell and I think players came to us because they felt we had evidence to show it," Carr says. "There were players before that we had done this with. It wasn't a salesman's speech, it was fact. That was a big thing for us because we couldn't compete with the bigger clubs financially or with their scouting systems."

Despite being so closely entwined with the club's history for over four decades, Carr was unhappy with how his exit in 2016 was handled.

But the book has helped the boy from Bow reconnect with the club he supported so passionately as a child and served as an employee for the majority of his adult life.

"The good news is that I did ask the club for an intermediary who works in their media department if the club would sell it in their club shop," says Carr. "They've got three shops, a stadium shop and two in some shopping outlets around London.

"And the good news is they've come back to me and said they will sell it. I'm really pleased about that, its a thawing of my distance from the club. It's always been my club. I've just not had a lot of involvement with them in recent years. I'm pleased about that, it is a good thing. That's what I wanted to do (mending bridges)." 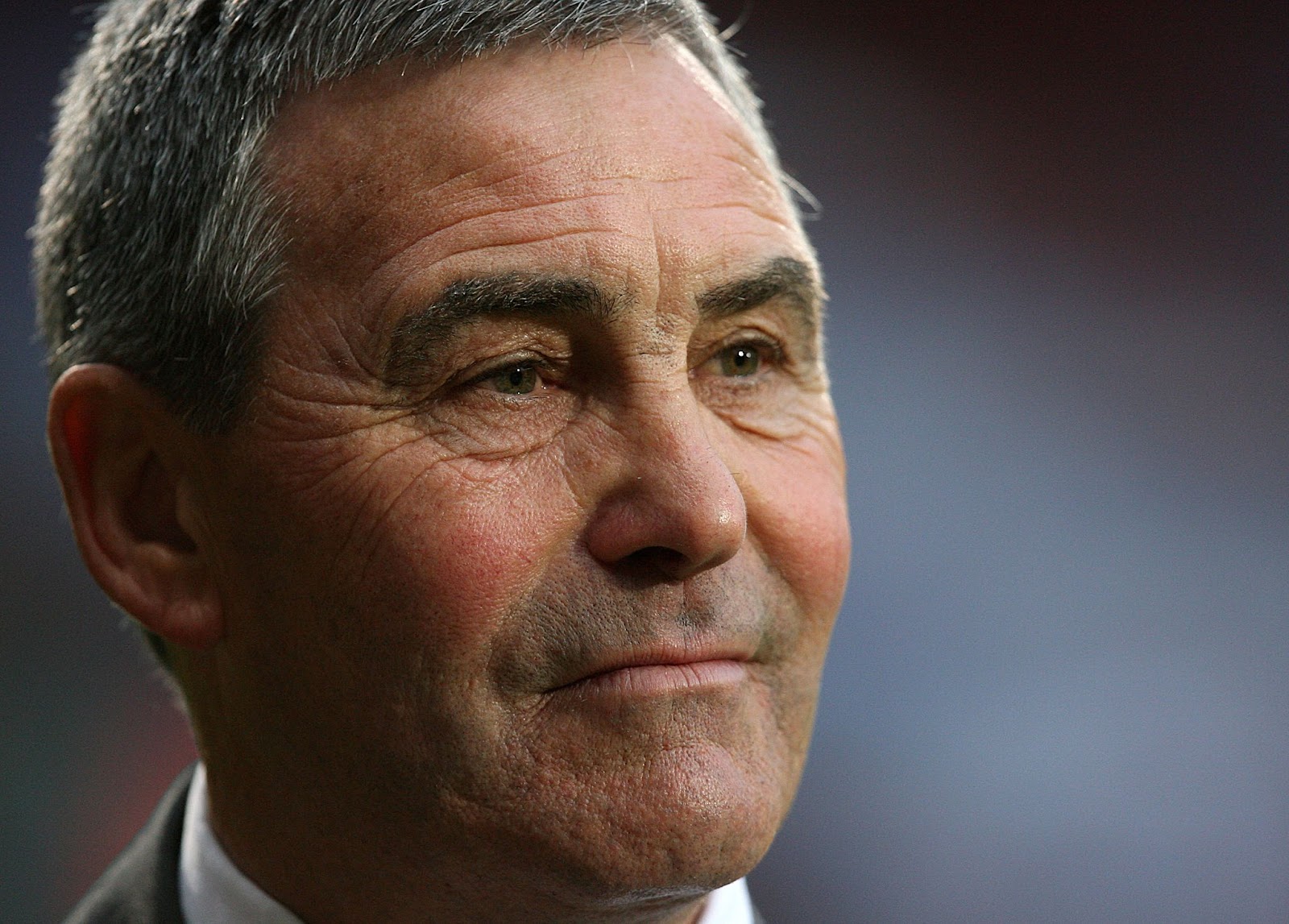 While there were one or two offers for Carr to leave east London, including one from Ukrainian side Shakhtar Donetsk, you will hardly be surprised to hear why they were rejected.

"I always felt that West Ham was my club and I was quite entrenched there for a long time," Carr says. "And I felt this is where I'm doing my best work so why leave so I stayed loyal to the club and never left. In some ways I'm glad I did and I have no regrets at all. I wish I could do it all again really, but none of us can go backwards I'm afraid."

Does Carr think Rice will show the same loyalty amidst interest from Manchester United and Chelsea?

"I'd hate to see him go this summer, personally, because we've got a World Cup coming up in November. He's an integral part of the England team and arguably he's only going to go to one of Chelsea, Manchester United, Manchester City and Liverpool. And would he be a regular in those teams? Would he play every week? And if he doesn't play every week. Look at Grealish at City, he rarely starts and would that hinder his England chances in a World Cup year? So I think there will be all those thoughts going through Declan's head at the moment. My advice would be stay at West Ham, have a good World Cup and then maybe move in January or the following summer."

The speculation surrounding Rice has sparked memories of Paul Ince's controversial move from West Ham to Manchester United back in 1993, which Carr says made Ince a 'hate figure overnight'. Although he's adamant the same can't be said if Rice decides to leave this summer.

"The reaction would be different with Declan," says Carr. "They understand that if West Ham don't get back into Europe or don't buy well then fans would accept it, think Joe Cole and players like that. He would forever be a Hammers favourite."