With the Championship season approaching the finish line, most eyes will be on the promotion and relegation picture. It's been a unique season, but all being well, everything will conclude as planned and we can move on to the Euros in June.

There are however, people working behind the scenes at clubs, who, even in these confusing times, have to be looking far further ahead than the humble fan. These people are planning the next step as football, and society hopefully moves back to a more familiar looking setting.

Analysts, scouts, agents, and sporting directors, will not be looking just at the Championship league table, but the status of it's best players, and which ones could be available and for how much. With this in mind, I've had a look through the Championship squads to find five players I think Premier League clubs should target this summer. They're not the best five, or the only five, but I think they might be on a few shopping lists this summer.

It's always a bit of a no brainer when dealing with a sport decided by goals, to look at who has scored the most. You wouldn't have to be either Sherlock Holmes, or a Championship aficionado, to add Ivan Toney to your list of top players, but the goals are the tip of the iceberg. Toney has served a proper football apprenticeship to become the Championship's leading scorer, from Northampton to Newcastle, loan moves, and a prolific spell at Peterborough all helping to shape the player he has become.

In his first Championship season, Toney has been superb. Yes, Brentford's pattern of play does create plenty of chances, but he has been far more than the beneficiary of a strong attacking team behind him. Toney has played with leadership, skill, aggression, personality, and with 28 goals already in the bag, could well be the first player since Glenn Murray in 2013, to hit 30 goals in a second tier season. Even those who like to count up penalties and use them as a paradoxical stick to beat prolific scorers, should marvel at his ice cool technique.

Brentford are not afraid to sell, and have done so and replaced successfully before, with Benrahma and Watkins leaving this past summer. If they don't go up it will be hard to keep Toney, and even if they do, they could be receiving some big offers for their star striker.

One of the more irritating football fashions of recent times involves nicknaming a player by combining his place of birth, with the name of a legend whose name begins with the same letter. I'll exit grumpy old man mode now and introduce 'The Bury Baggio', just don't expect a flamboyant number ten with a lovely ponytail.

Roberto Baggio, he isn't, but Callum Styles is a tremendous prospect at Barnsley. He arrived from Bury, was loaned back, and found his way into the Barnsley team at left wing back last season. As Barnsley improved under Gerhard Struber, Styles started to put in eye-catching performances, and was on the score sheet in the epic final game of the season where the Tykes escaped relegation in stoppage time at Brentford.

This season, despite a switch in the dugout from Struber to Ismael, it's been more of the same from Styles, who along with fellow wingback Callum Brittain, provides energy, quality, and incessant pressing. Barnsley have been rampant in the past couple of months, and find themselves in the playoff places, with an approach that is a really genuine problem for anyone who might face them in potential postseason games.

As a homegrown player Styles value will be high, and there have been rumblings that he may ultimately end up as a central midfielder, increasing that upside further. All of this adds up to the fact that Styles will likely be looked at by Premier League clubs, even as a buy and loan back project in the summer. Or he'll be playing there with Barnsley! 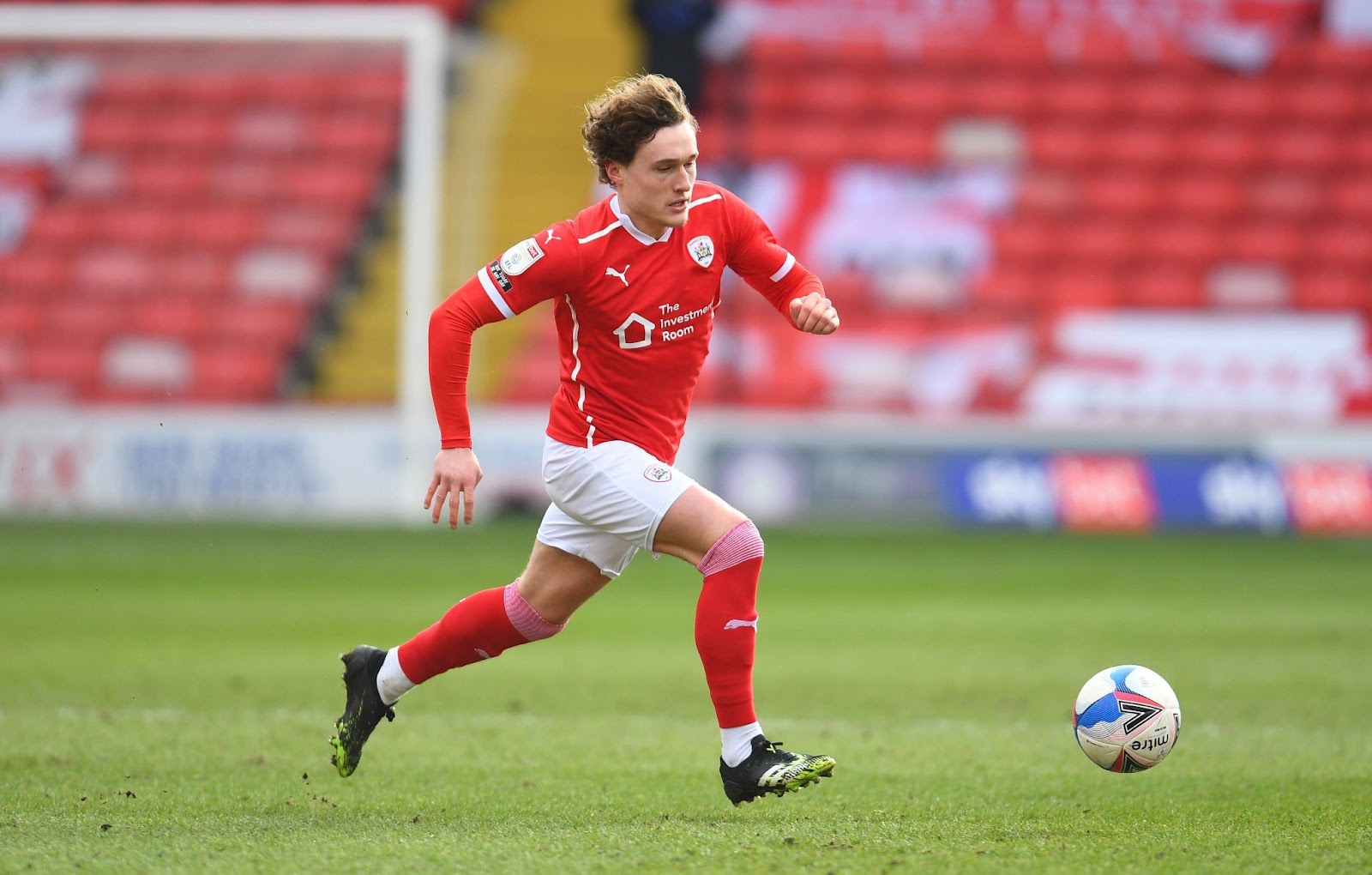 Norwich owner Delia Smith recently gave some very revealing quotes about her right back Max Aarons. She said Aarons would be "one of the top footballers and it won't be at Norwich" and confidently added "obviously, we will lose him, but that is part of our plan". Any talk about transfers has to be taken with a pinch, or even truck load, of salt, so unless these quotes are bait, Aarons will be leaving Norwich at the end of the season.

Aarons has been a brilliant full back at Norwich the past three seasons, and the Canaries were clever to keep him, as well as other key players, Buendia and Pukki this summer. It has been a plan well executed by sporting director Stuart Webber. Norwich saved their pennies in the Premier League, sold Godfrey and Lewis ,balancing their financial needs whilst maintaining players who were proven to have previously excelled in the Championship.

The situation with Aarons feels similar to Fergie and Ronaldo back at Manchester United, with the player seemingly destined to move on, but agreeing to hold on one more season for the greater good. Assuming Delia Smith is shooting straight with her quotes and Norwich will let Aarons move on, the question beomces whether he would even end up in the Premier League, with Champions League giants Bayern Munich rumoured to be keen. The scenarios are varied, but it will likely be a busy summer for Aarons and his agent.

Another excellent Championship right sided defender who could be sought after this summer is Connor Roberts of Swansea City. The Welsh international has been a standout for Swansea at right wing back this season in Steve Cooper's side push for the Championship top two.

Swansea are well coached under Cooper, and the wingbacks, as with many modern sides, are a pivotal link between attack and defence, and almost the key in balancing up those two forces. Roberts has been strong defensively, and incredibly consistent, playing every minute so far of the Swans 37 games. His attacking contribution has been strong with four goals and five assists, and his prodigious leap above the much taller Sammy Ameobi to score at Forest earlier this season helped put him on my radar. Add in his long throws, and you have a very well rounded player, at a good age, functioning at a good level.

As with many top EFL players, there is a possibility that their team is ultimately promoted, and it would be odd if Roberts was sold in these circumstances. Swansea fans will however be acutely aware of their parachute payments ending this season, and with James, McBurnie and Rodon all recently sold to the Premier League, perhaps Roberts could be next. 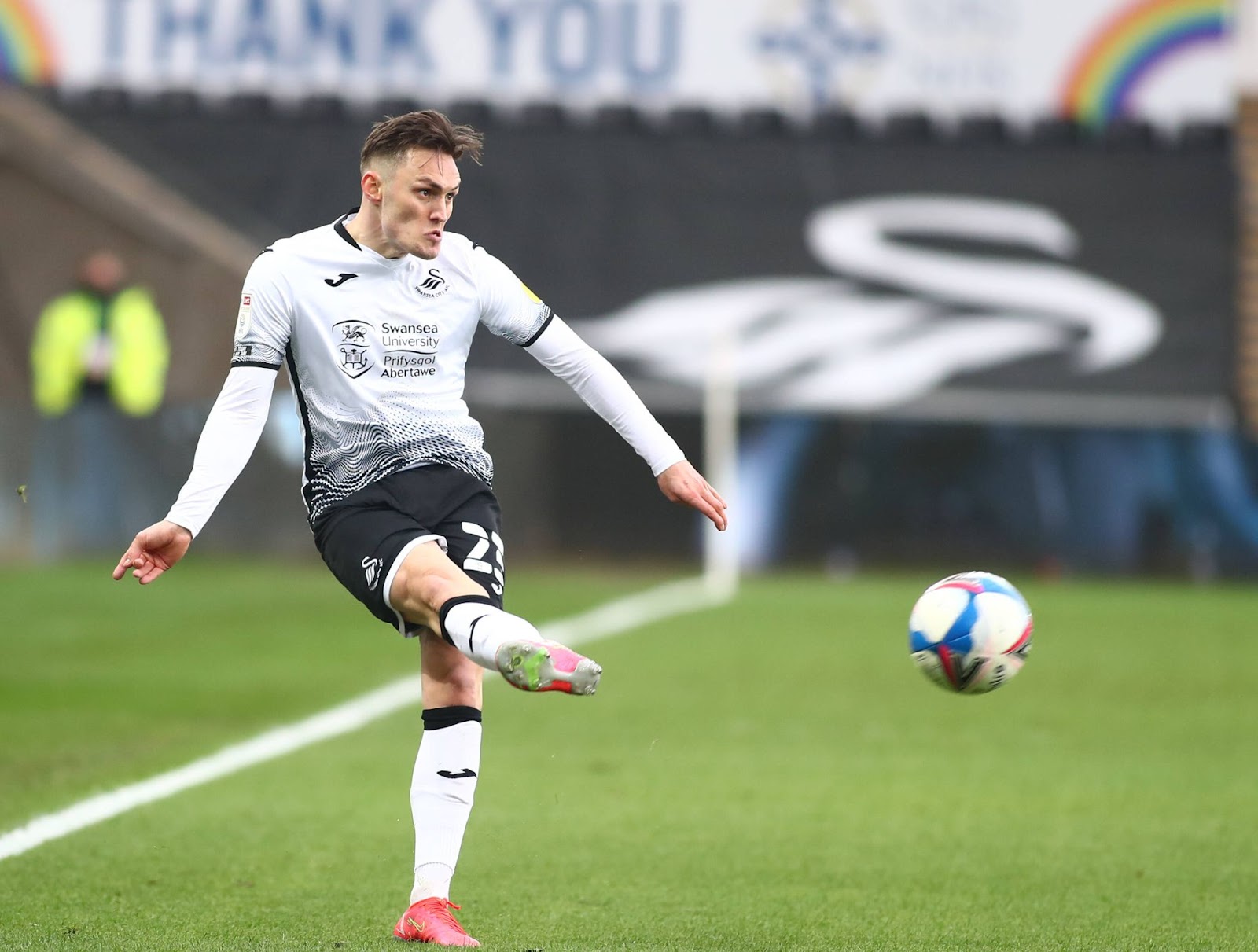 When players are successful in the Championship at a young age, there is almost a separate trade something akin to the futures market in stocks and shares. The idea here is that clubs trade early to get an asset based on value somewhere in the future, the key difference being, in football we're not talking about numbers of shares, but a single player. In this case it feels like if Reading don't win promotion this season the Michael Olise futures market will be at an all time high.

Olise is only 19, a creative and silky attacking midfielder, who registered his tenth assist of the season in 30 starts for the Royals. Although Olise has been around the first team picture a while, this season represents a breakthrough, and it wouldn't be unreasonable to conclude that his ceiling as a player will ultimately be higher than the Championship.

The obvious comparison would be to Eberechi Eze, a similarly silky attacking presence who left QPR last summer for the Premier League aged 22. The futures market for Eze wasn't populated by Champions League clubs where he may have struggled for game time or been loaned out, so in came Crystal Palace where he has arguably been able to make a greater impact in the lower half of the Premier League. Olise is younger, and the rumour mill does link Champions League clubs, therefore we could get a very high ticket bidding war, for a potentially very good young player.