Ballack: Why I chose Chelsea over Man Utd

As Jose Mourinho searched for a second-half seat after being banished to the stands during the Burnley game, it was noticeable that the current dugouts aren't big enough for a modern backroom staff.

Both Burnley and Manchester United staff had taken over a section of the stadium seats to the left of the away dugout, seats filled by Manchester City staff for the midweek League Cup game, seats usually filled by Manchester United fans. These seats were prime fan seats and images of the group of Sikh's who usually occupy them have been a familiar sight for many years, shaking hands with Sir Alex and other United managers as they reached the dug out over the years. So iconic are the group of Sikhs, that United and more recently sponsors Virgin, have often featured them in the club's PR.

For the Wayne Rooney testimonial, Jose and his staff found their first visit to the home dugout extended to deck chairs laid out in front of the usual seating, as it wasn't big enough for all the players and staff. It was clear that Jose didn't want to take up the option of this temporary seating.

It's not just the dugout configuration and seating of staff causing United officials a headache, next season the club by law need to increase their disability section, meaning 3,000 seats currently occupied by supporters will be lost. This is causing United concern, as a loss of 3,000 seats would see capacity drop to around 72,000 and also the prospect of long term season ticket holders being forced out of their seats, not to mention the loss of revenue.

Old Trafford is the largest club ground in England, with a current capacity of around 75,000. It's huge size has seen it hold approximately 25,000 more than any other club ground in the country, but that gap is gradually declining. Arsenal's Emirates stadium has a current capacity of 60,000 - and this could be increased further if they installed smaller, more common seats. Spurs are building a new stadium with a capacity of 61,000, a figure they ensured was bigger than their North London rivals. United rivals Liverpool and Manchester City have recently increased their capacity by developing new stands and both plan further developments in the near future. This new wave of development means that United will soon have a stadium that holds only a slight capacity advantage over their rivals, but also one that is rapidly ageing and it's facilities being left behind by their more modern rivals. Across Europe Real Madrid and Barcelona have just announced plans to increase their capacity and redevelop their stadiums.

United set the bar with stadium development. The huge North Stand was built in time for Euro 96. Second tiers were later added behind the goals and as the Glazers arrived in 2005, the two quadrants linking the North Stand with the Stretford End and East stand's uppers was completed. That was the last wave of major development at Old Trafford and in fact, during the last 11 years, capacity has been reduced as executive box balconies were added and executive facilities upgraded.

This reduction in margin of capacity and development of new stadiums could see United lose out on hosting other major events as well as seeing other clubs overtake their match day revenue as has happened with Arsenal.

I recently spoke with Stone Roses front man Ian Brown, asking him why a group containing die hard United fans was playing it's concerts in the home of cross town rivals Manchester City. Ian explained that only two pitch side exits meant that concert capacity would be limited, whilst the Etihad had more pitch exits meaning a much greater concert capacity. It was a no brainer to a group who wanted to play in front of the biggest possible crowds. Etihad stadium now hosts most major stadium concerts in the North West, increasing the commercial power of the stadium over and above its football use, revenue that United would love to see.

United have explored the option of developing the Sir Bobby Charlton South Stand. This is the oldest stand at Old Trafford and the only stand not to have been subject to major redevelopment over the years. The stand itself is smaller than the other three sides of Old Trafford and it looks out of place. Options for redevelopment are limited as behind this stand lies a railway, which causes challenges and increased costs of development. Many years ago United bought up many of the houses on the opposite side of the railway, with plans to develop over the line, but these houses have now been sold by the club with that plan no longer considered viable. The Sir Bobby Charlton stand also hosts the largest number of executive lounges, meaning that a season or more without that stand would impact heavily on their ability to host exec supporters and would again affect revenue. The estimated cost to redevelop this stand also sits at around £175 million.

Options to extend the lounge areas of the North Stand have also been explored by the club, building out in the lounges behind the seats, meaning that a slight stadium reconfiguration could take place, maintaining the exec facilities in the prime seats and freeing up more of the lower priced seats for normal spectators. It has long been a gripe of many match going fans that the Stretford End lower seating incorporates an exec area, tight in the middle of its core heartland. No other club would replace vocal supporters with exec seats in the middle of their most fanatical areas, yet United did that many years ago.

The call from football supporters is now for the introduction of rail seats and United fans are eager for these within Old Trafford. The rail seats have been successful across Europe and Celtic have this season benefited from an improved atmosphere after trialling a section of these rail standing areas. Could these seats be the answer to United's reconfiguration problems?

Maybe though the answer lies away from Old Trafford, some 100 yards away to be precise and the development of a completely new Old Trafford stadium. United own much of the land around the stadium, with the Glazers buying up freight terminals and warehouses that surround the current ground, meaning that the club now owns enough ground to build a new stadium within its current site.

United will be looking closely at Spurs, whose new stadium is being built within their current site. The new Spurs stadium had an estimated cost of £500 million. It will have a retractable pitch and can be used 7 days a week, round the clock to host other events and sports.

So for a figure around £600 million, United could build a 100,000 seater stadium, purpose built to accommodate execs, install rail seats plus a single seater banking as Spurs plan and accommodate a roof that would mean the stadium could be used 24/7.

A newly built stadium would also allow the club to sell stadium naming rights, which wouldn't be popular with supporters but could pay for the full cost of the development. The commercial benefit of a new purpose built mega stadium outweighs any redevelopment of the current Old Trafford and would propel Old Trafford back to the forefront of being among the world's best stadiums.

Is the time now right to move?

Andrew is the co-founder of Stretford End Flags, an independent fans group set up to improve the atmosphere and colour within Old Trafford. SEF provide the famous Stretford End banners. Visit stretfordendflags.com for more information - and to get involved. 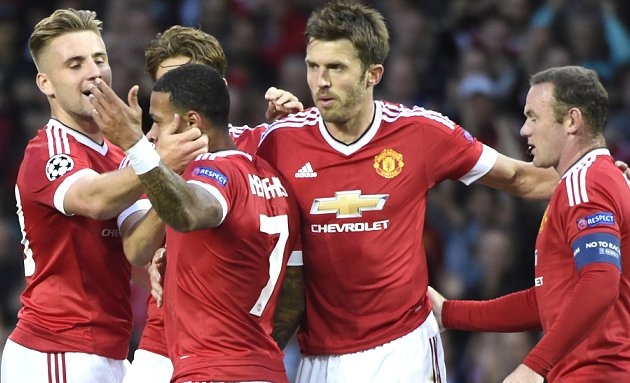