The Week in Women's Football: Exclusive with WSW star Julie-Ann Russell; Review of Goldblatt's The Age of Football

This week, TribalFootball.com talks to Republic of Ireland international Julie-Ann Russell, who has been working in Australia since 2017 but is in her first W-League season with the Western Sydney Wanderers. We also review a recent book by David Goldblatt: entitled The Age of Football: Soccer and the 21st Century. Though primarily a book on the men's game, this excellent tome does have some interesting points to make about the women's game.

Western Sydney Wanderers midfielder and Republic of Ireland international Julie-Ann Russell is a rarity in the W-League this season as she is one of a very few current internationals in the league (excluding Australian and New Zealand nationals) now that NWSL players have largely stayed in the U.S., as pre-season training has already started ahead of the second Challenge Cup before the U.S. league's regular season starts late in mid-May.

Along with Gaby Garton of Argentina (Melbourne Victory) and Maria Rojas of Chile (Adelaide United), Russell is a current member of Ireland's national team pool and has 59 caps for her country in spite of working in Australia for four years. She scored the only goal of the game in Western Sydney Wanderers' 1-0 win over Perth in Round 9 and told this reporter a few days after the game, "It was a huge win. We needed the three points. Our performance of the last couple of weeks has been getting better. Personally and for the club, it was amazing to get my first [Wanderers] goal." [Note: Wanderers have currently won three of their last four games, including doing the double over 2019/20 reigning champions Melbourne City.] 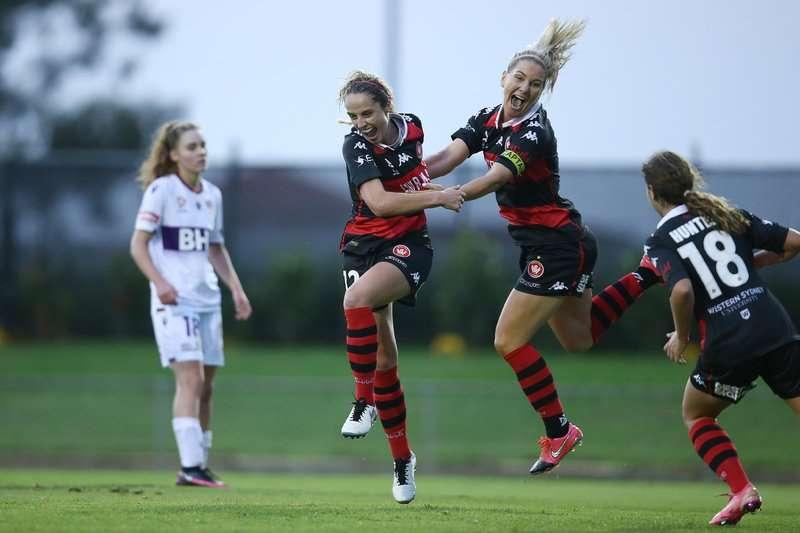 Russell moved to Australia in 2017 when she was transferred from her job with Microsoft in Dublin to their Sydney office, where she has been a Sales Account Executive. She had been playing in the NPLW New South Wales state league but joined a W-League for the first time this season, "With COVID and working from home, I had the flexibility to play in the W-League." The move to Australia did put her national team career on hold for a while as former national team head coach Colin Bell (now in charge of Korea Republic's women's national team) was not willing to bring her back for camps and games. That changed when Vera Pauw, who coached the Houston Dash in 2018, took over the Irish side in September of 2019. Pauw called Russell back into the squad, which the forward was ecstatic with, "I'm very grateful that she put faith in me." Russell did miss the 2022 Women's EURO qualifiers after March of 2020 because of the COVID-19 pandemic because she was afraid that, "I wouldn't be allowed back in the country." She would not only have faced possible quarantines in Europe and Australia, but with the latter limiting the number of people entering the county and prioritizing citizens, she said that, "I might not have been allowed back in for months." Ukraine pipped the Irish for second place in Group I behind Germany and a place in the play-in round for a spot in the European Championship Finals in England next summer. Last week, in the playoff draw, Ukraine was matched with Northern Ireland.

Russell has viewed her first W-League season as, "A bit weird because of COVID because of fixture changes [Australian state governments have locked down after only a few cases and prevented travelers from other states] but the standard has been amazing. With not many internationals because of COVID [Matilda players were encouraged after the 2019 WWC to pursue opportunities overseas even if they had to give up playing in the shorter W-League season and NWSL off-season loans drying up because of their earlier start to the 2021 season combined with a later start for the W-League to dovetail with the A-League moving to an Australian winter schedule.] it gives younger Australia girls a chance, with the Women's World Cup coming here in 2023, it's a brilliant opportunity for the younger generation as well as NPLW players who wouldn't have gotten a chance otherwise."

Russell has recently been thinking about returning to Europe to play and work, "COVID has sparked a bit of homesickness. I can't leave Australia and that makes you think. I want to be close to home." She has spent four years living in Australia and finds it, "an amazing country. I love it, but it is far away from Ireland."

When asked about improvements for the game at home, Russell said, "For Ireland, the women's league, we could go semi-pro [while fully] professional is a dream. There are not many teams [nine in the one division for 2021 and 2020 after having eight in 2019 and 2018]. It would be great if we could get more teams [in the league], like in England; a Premiership and Division 1. It starts at the grassroots. Women's sports are getting bigger. Gaelic Football gets 50,000 [for their finals]. Every local parish [town] has a GAA team, but not for soccer. [With Gaelic sports popularity and reach] parents put their kids into sports where it is convenient. A lot more investment in the grassroots [for soccer football] will organically get bigger." 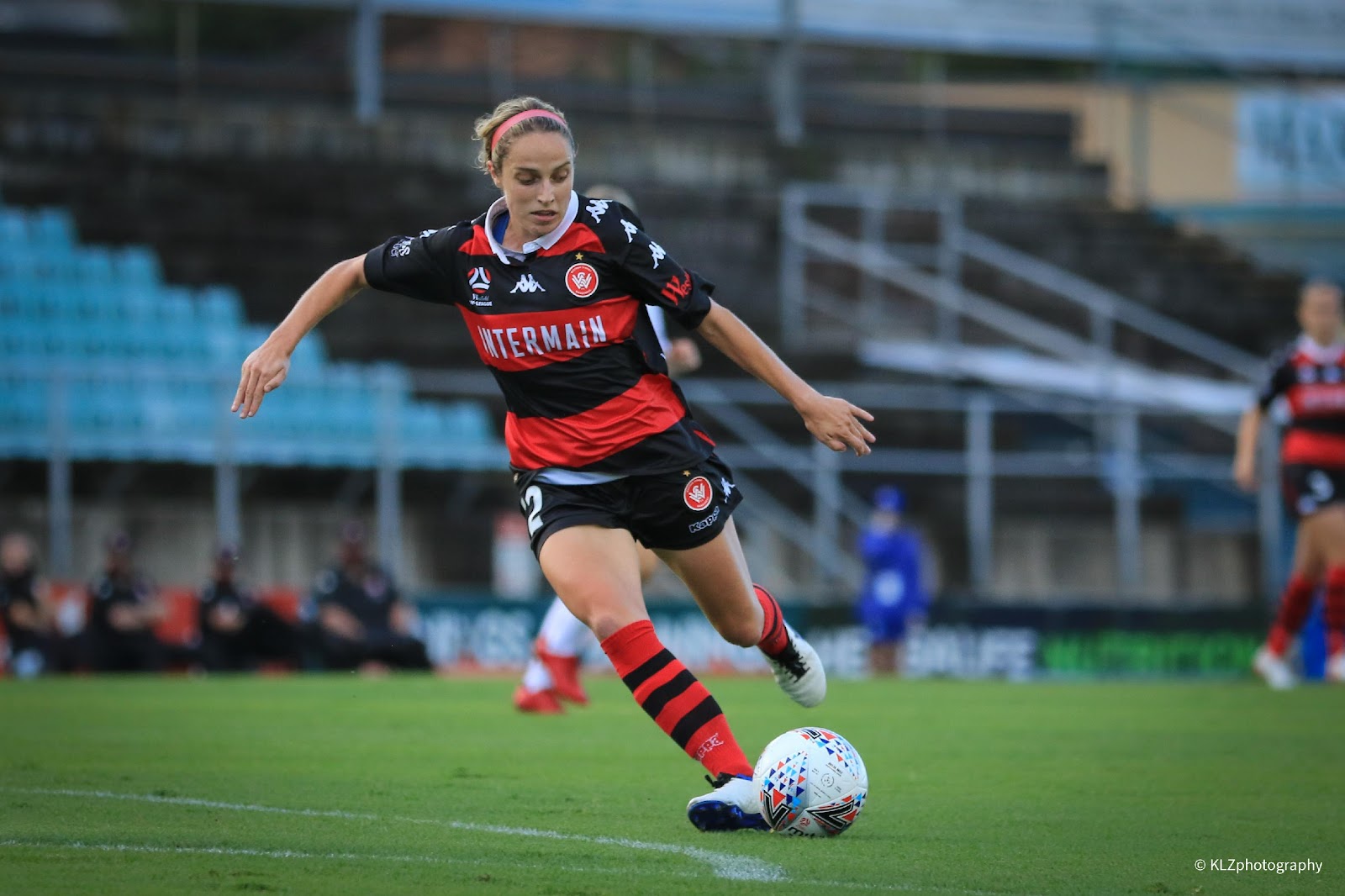 It will be interesting to see where Russell's career takes her as she still is a vital asset to the Republic of Ireland as they hope to qualify for the 2023 Women's World Cup and a first major Finals for the nation. If she does leave Australia, she will be a loss to the Wanderers and the 2018, 2019 and 2020 NPLW championship side Sydney University, where she has played since moving to the country.

British ex-pat writer David Goldblatt, now a professor at Pitzer College in Los Angeles, has written a tremendous book on football in the 21st century. With his focus primarily on the last two decades, it is an interesting look at key issues affecting the game, led by political issues but also investigating the effect of globalization, immigration, financial investment and other issues on the sport. He organizes his book by region, beginning with Africa, then the analyzes the Middle East, South America, Europe, Asia and Russia, as well as investigating FIFA's continuing problem with greed and self-servicing their personal bank accounts by their 'leaders'. 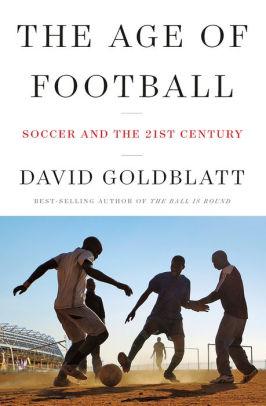 Some particularly interesting topics included the discussion of the fall of Glasgow Rangers FC in Scotland, when they were disbanded for severe financial irregularities in 2012 and had to re-start in the fourth division before reclaiming their top flight place in 2016 (pages 247-248), the growth of professional football in China and the struggles with the national team (including a famous defeat to Hong Kong in a 1985 men's World Cup qualifier in Beijing that I remember well—Hong Kong came back to win 2-1 and set off a large scale riot with a police crackdown afterwards) (pages 360-367), the struggles in CONCACAF—particularly Barbados, tiny Dominica, Trinidad and Tobago, Haiti and Jamaica—where politics so frequently sets agendas in the sub region of the Confederation (CFU or Caribbean Football Union), that turned into an political force by the now banished Jack Warner, who used FIFA as his private fiefdom for over two decades and is now fighting extradition to the U.S. to face corruption charges, while his sons are already serving racketeering sentences there (pages 373-376).

Goldblatt's detailed research was quite impressive and he had some very interesting stories about recent African Cup of Nations tournaments (pages 49-55) as well as his chapter towards the end of the book (Chapter 7: The Game Beyond the Game: The Fall of the House of Blatter), referring to former FIFA General Secretary and President as "Uncle Sepp," which would be funny if it were not so sadly true, including the investment by FIFA of almost US$30 Million in the movie United Passions in 2014 about the history of FIFA, which yielded less than a paltry $1,000 in box office revenues.

Though this is a book focused on the men's game, Goldblatt does touch on the women's game including brief looks at abuse that LGBTQ+ athletes face in African soccer (page 77), women's difficulties in playing at all in the Middle East and even in Canada—which at one point banned youth players from wearing hijabs (page 87), developing a women's senior league in Afghanistan where the players have struggled with abuse from senior federation officials (page 90), the fight for women to attend men's football games in Iran (pages 97-98) and in Saudi Arabia (pages 122-123), particularly causing cognitive dissonance when foreign female fans were allowed in (at the Ireland vs. Iran 2002 World Cup regional play-in qualifiers in late 2001 in Tehran and for Western Sydney Wanderers versus Saudi club Al-Hilal in the AFC Champions League Final in 2014), the poor monetary support for the game in CONMEBOL (South American region), including the Venezuelan women's national team—which has been so strong in recent years at the youth level—that they had to raise funds through supporters just for football boots (pages 145-147, 160). For Europe, Goldblatt presents what data he can find on the gender balance of fans at men's game (pages 306-309) and discussed the growth of women's national leagues, with examples like when football fans are banned from a Fenerbahce men's game in 2011, women and children only were permitted to attend and over 40,000 came to their 1-1 tie with Manisaspor that it was, "A herald of what a more gender-balanced football spectacle might look and feel like. As Manisaspor's midfielder Moer Aysan put it, 'It was such fun and altogether pleasant.'" (pages 308-309).

The women's game—which always evolves much more quickly than on the men's side—could use this type of in-depth investigation that Goldblatt provided for the men's version, focused more on social issues (LGBTQ+), financial relationship with men's organizations when they have merged into one organization, as this has changed greatly (particularly in England over the past 25 years), recruiting diaspora for club and international games and the development of international tournaments at the national team and club level beyond the World Cup and the Olympics.