Daniel James urges Man Utd calm: It's all about Chelsea

The rise of Junior Firpo: Why Barcelona acted so quickly to sign the ex-Real Betis starlet

Barcelona's new left-back Junior Firpo is one of LaLiga's most exciting rising stars, with the attack-minded former Real Betis defender looking an ideal addition for his new team at this early stage of the season. 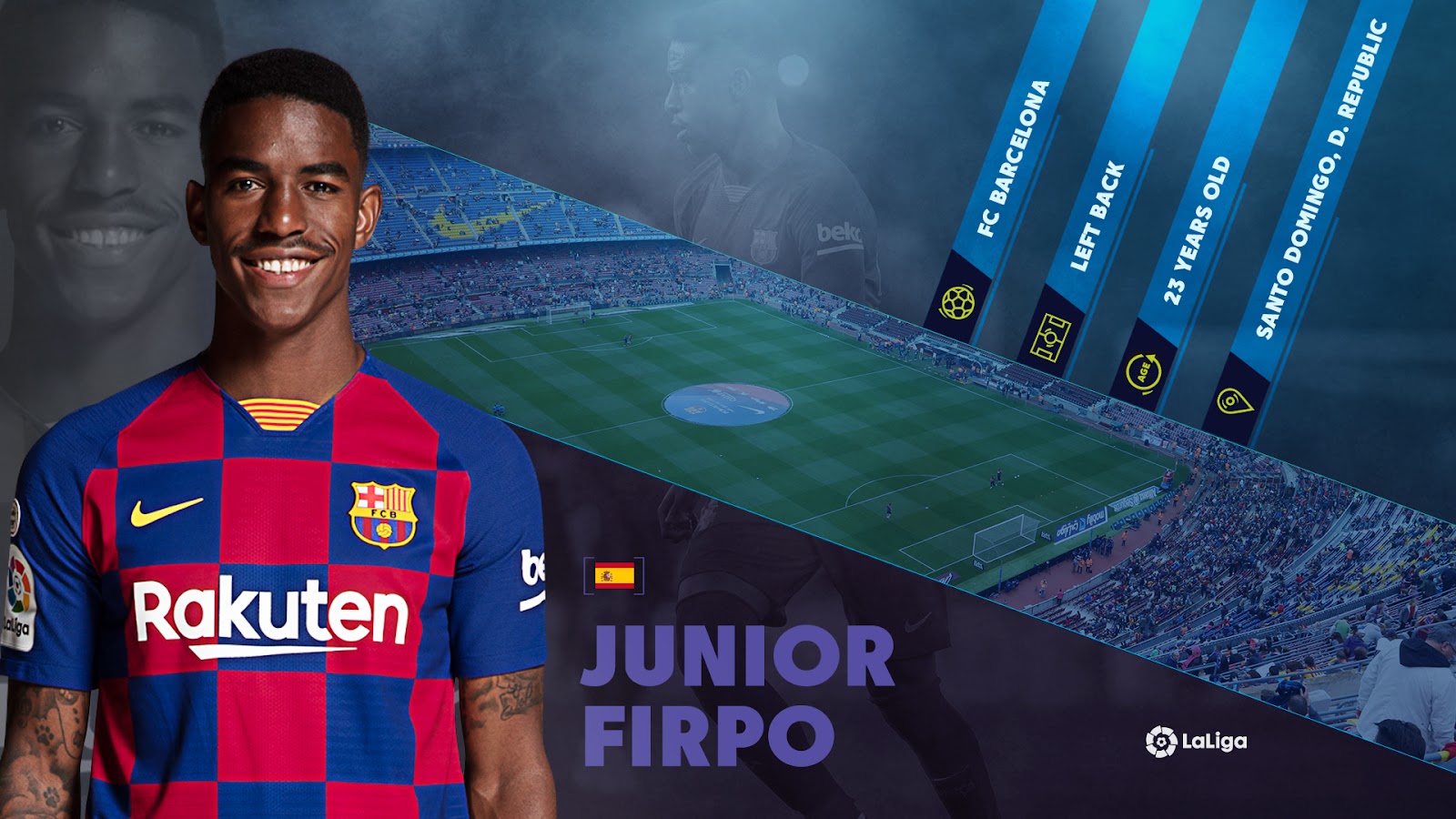 Although many clubs both inside and outside LaLiga were interested in signing Junior this summer, it was no surprise that Barça determinedly won the race for his signature, given that the young Spanish international, who only just turned 23, gave one of the outstanding individual performances by any opposition player at the Camp Nou last term.

Junior was the man of the match for many observers as Betis pulled off a stunning 4-3 LaLiga victory at the Camp Nou last November. The youngster provided a goal and assist in a characteristically adventurous display, even outshining Barça captain Lionel Messi's double strike on the night.

That performance brought many new admirers all around the world for Junior, who was born in the Dominican Republic in 1996, and moved with his family to Andalusia at the age of just six.

Verdiblanco fans and pundits were not surprised however, as Junior has progressed quickly since joining the Betis youth system in 2014. His pace, athleticism and positive approach were immediately evident as he moved up through the ranks and were ideal for the first team's positive 3-5-2 shape under previous coach Quique Setien. 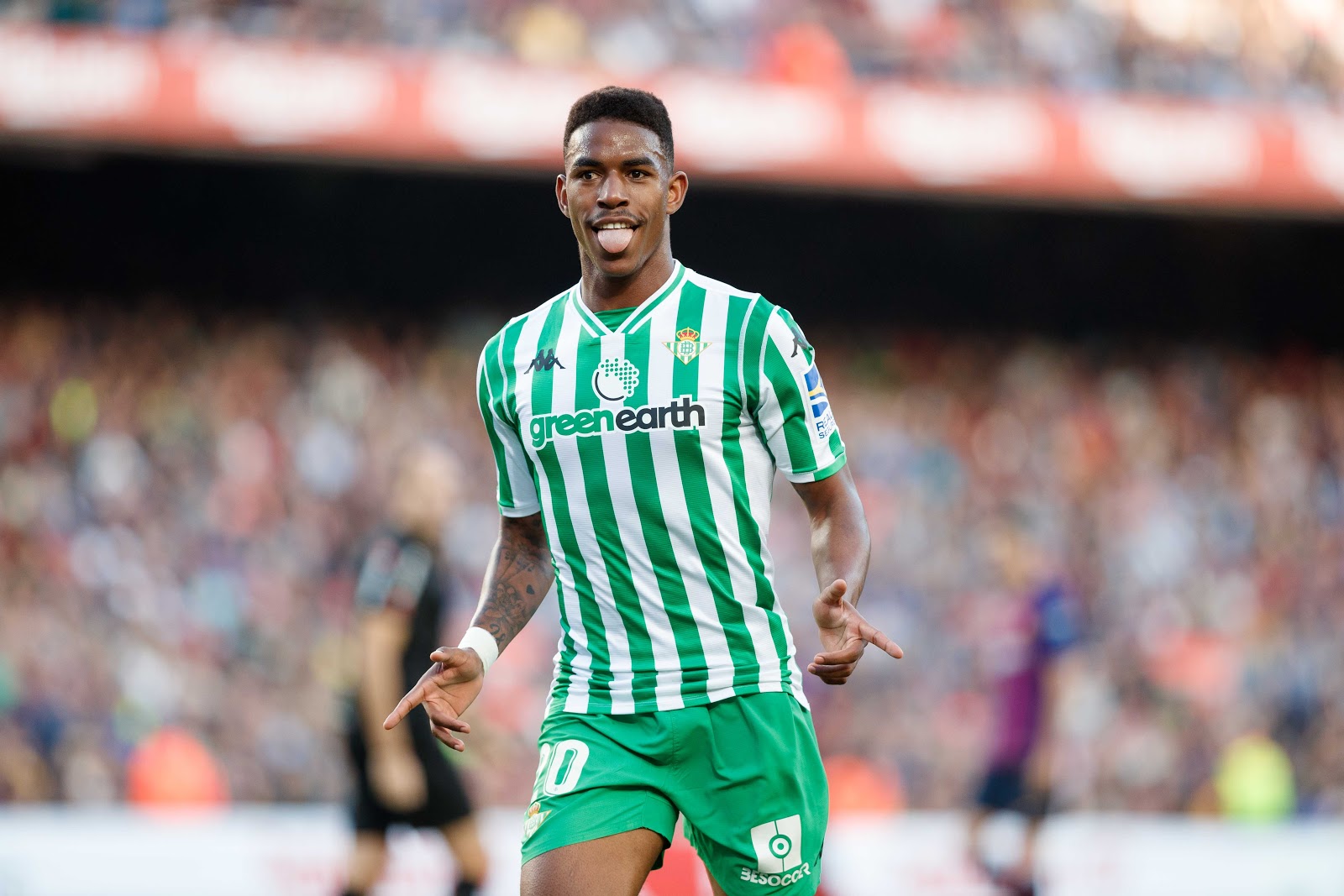 Junior's LaLiga debut came against RC Deportivo in February 2018, when he provided an assist for his team's winning goal by Loren Moron. Just a week later he was setting up another goal, this time as Real Madrid won a thriller 5-3 at the Benito Villamarin. That won him a regular spot in the Betis starting XI, and by the end of the season he had also scored LaLiga goals against Espanyol and Las Palmas as Betis finished in sixth spot and secured Europa League qualification.

A further step up in performances came through the opening months of 2018/19, with goals against RC Celta and Real Sociedad leading to a nomination for LaLiga's Player of the Month award for November. After time out due to a troublesome hamstring injury he finished the season strongly, providing yet another assist as Betis beat Real Madrid at the Santiago Bernabeu on the final day of the season.

This summer first saw Junior represent Spain at the Under-21 European Championships in Italy, breaking into the team and playing all 90 minutes as 'La Rojita' beat Germany 2-1 in the final. Experience gained during the tournament in a 4-4-2 shape, with more defensive responsibility, was also useful for his progression as a player.

With Betis having signed another left-back Alfonso Pedraza in mid-July, a transfer for Junior was on the cards. Barça won the race for his signature and Junior will now provide competition for long-term first choice Jordi Alba, who he could also soon rival at senior level for Spain.

Betis fans will be sad to see Junior leave just 18 months with their first team, but Barça supporters should be very excited to see one of LaLiga's most outstanding youngsters arrive at the Camp Nou. They're in for an absolute treat.