What an impact. What a player. Energy. Inspiration. Gabriel has hit this club like a whirlwind. The preseason form was one thing. The potential of what was to come. But with the real stuff now underway, Gabriel has not only met those expectations, but smashed through them.

Two goals. Two assists. And from his first two games as an Arsenal player. Gabriel has shattered any doubts - including his own - about his ability to lead the line. He took on the No9 shirt and has already made it his own. Suddenly, that need for a centre-forward signing is diminishing by the day. The effort and resources pored into finding another version of Dusan Vlahovic can now be focused elsewhere. Gabriel not only is proving himself Arsenal's biggest threat when facing the goal, but also a genuine option with his back to it. Even at 5ft 9in, he looks and plays like a centre-forward. And at 25, on his current trajectory, Gabriel can only get better.

Dubbed the "missing piece" by his new Gunners teammate Granit Xhaka, you can understand why. He's knitting it altogether. A goalscorer. A goalmaker. A player to lift a team. It's fans. And to do so humbly and with a smile on his face. For this young Arsenal squad. A squad that can spiral when things run against them. The winning experience and influence Gabriel can offer is clearly why Arteta and co worked so hard to bring him to London.

Gabriel hasn't skipped a beat since his arrival from Manchester City. Indeed, just a fortnight into his competitive career as an Arsenal player and there's an argument to be made that the Brazilian is producing as good a football as he ever has. 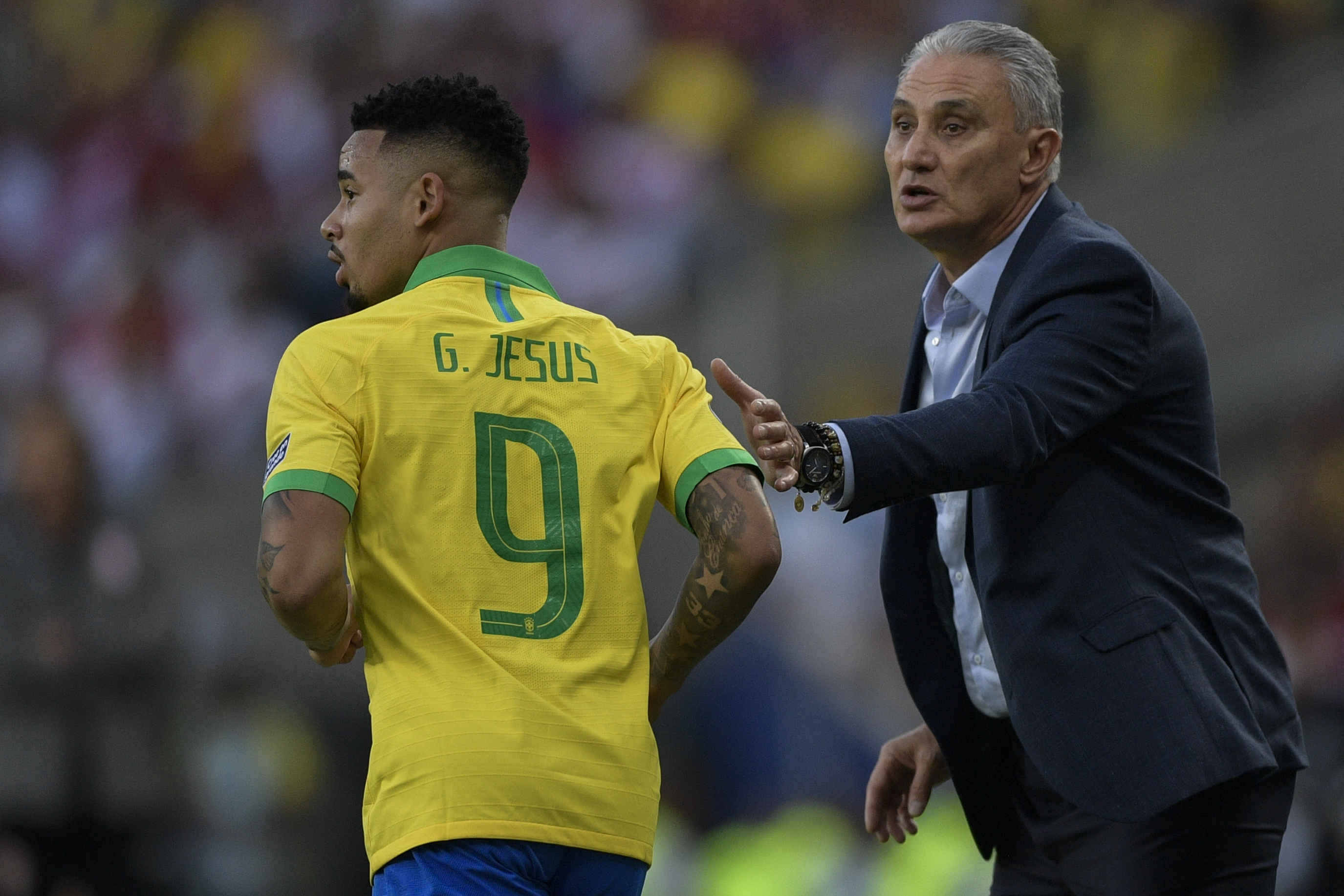 Gabriel Jesus and Tite together for Brazil

In Brazil they can see a change

And beyond his club manager, this current form will also have his national team coach Tite genuinely excited about what we're all currently witnessing. After a career low in Russia at the 2018 World Cup there's a real buzz of expectation emerging in Brazil around Gabriel's new lease on life granted by the Gunners.

"Four years ago, Tite gave him that chance at the 2018 World Cup and he ended up failing in the most important thing, which is scoring goals," declared World Cup winner Rivaldo this week. "But now Jesus will arrive much more mature as a player and I am confident that he can be one of the highlights of Brazil in the 2022 World Cup."

No goals and no assists. By his own admission, Russia four years ago had Gabriel rethinking everything. His career. His position. His overall game. The player we see now in an Arsenal shirt a contrast to the aftermath of that World Cup campaign.

"Obviously, due to the circumstances that happened after the Cup, I ended up playing more as a winger in the Seleção and at City too. After the World Cup I thought that I couldn't play as a No.9," Gabriel said after victory over Leicester City.

"I started playing much more on the wing at [Manchester] City and for Brazil. For a while I thought that. But I've changed my mentality, I believe much more in myself now. I'm smiling again playing football."

The irony is, out of those struggles in Russia , those doubts, the first foundations were laid ahead of this celebrated move to Arsenal. And it is worth celebrating. Not for years have the Gunners managed to pull off such a transfer coup. Mesut Ozil. Pierre-Emerick Aubameyang. Perhaps - on reputation. But Arsenal not only managed to prise away their new No9 from the champions, but also - at 25 - convinced City to sell a genuine attacking asset with his best years clearly ahead of him.

And as we say, the first steps for this move were made during the fallout from Russia 2018. Edu, now Arsenal's prime dealmaker, was still Brazil team manager when he sat down with Gabriel in early 2019 to assess his form during that summer's tournament. Gabriel was frustrated. Upset. Nothing had panned out as expected. And as he said this week, hopes of becoming Brazil's prime No9. A player to live up to the likes of Ronaldo Nazario and even Pele. Well, they had just about been dashed.

But Edu never saw it that way. And he encouraged Gabriel to maintain those striker ambitions. To believe in himself. His ability. Edu insisting, at 21 and with his attitude, Gabriel had everything in his locker to overcome the thoughts of failure in Russia .

That meeting was career defining for Gabriel. A friendship was immediately struck. And when the call arrived from Edu about joining him and Arteta for the new season, Gabriel didn't hesitate. No Champions League football. No guarantee of a title challenge. But thanks to the trust and confidence he had in Edu, such negatives were overlooked.

And on current showing, this move is already exceeding expectations. The young striker who arrived in England five years ago from Palmeiras has re-emerged.

"I'm a number 9 and I'm there to finish, help and not just score goals; but also to go down, to play. Now I'm back. As I said before, I'm not so much a robot, I'm more there to finish the moves. I go out, I want to fight, to compete," says Gabriel.

And his managers for both club and country couldn't be happier.