The McClaren battle: Why Man Utd chiefs must agree to Ten Hag demand

COMMENT: A message to the Manchester United board: don't buckle now. Don't compromise. The momentum is now there. If the new manager wants Steve McClaren to return, then grant Erik ten Hag his wish...

And to be fair, the latest is United's decision makers have acquiesced. An offer to Sir Alex Ferguson's former assistant manager is being drawn up. Compensation talks will continue with Ajax for Mitchell van der Gaag, but a contract is also being put together for McClaren to consider.

If it does all go through, then Richard Arnold, the club's chief exec, and his board deserve congratulations. This isn't a time for compromise. We've seen too much of that in the past. And given Ten Hag's approach, they'd have done their manager no favours by very publicly turning down his request to have McClaren added to the coaching panel.

The players. The agents. The hangers-on. They all need to know Ten Hag will backed to the hilt in every decision he makes. There cannot be daylight between the manager and his higher ups. Not now. Not after this season. The Ajax coach will arrive with very different demands to what this United squad are used to. Work. Discipline. Unity. They're all nice catchphrases. But Ten Hag not only demands this from his players, his whole approach to training and the club environment is designed to generate such qualities.

McClaren inherited Ten Hag as assistant coach when taking charge of FC Twente in 2008 - and they've been close ever since.

“For both individuals and for the team the work was the best I had seen," McClaren recently recalled of Ten Hag. "The detail was logged even down to what the coaches would be wearing on each day, and that we would all come out together. He had planned what equipment had to be carried out and when it had to be brought back in.

"I would occasionally say to Erik during a session, 'We just need that goal moving to the halfway line', and he would ask every player in the squad to do it. All 22 players. Everyone goes. That's the way he likes it.

“Erik is very disciplined and people have to buy into that and have that work ethic." 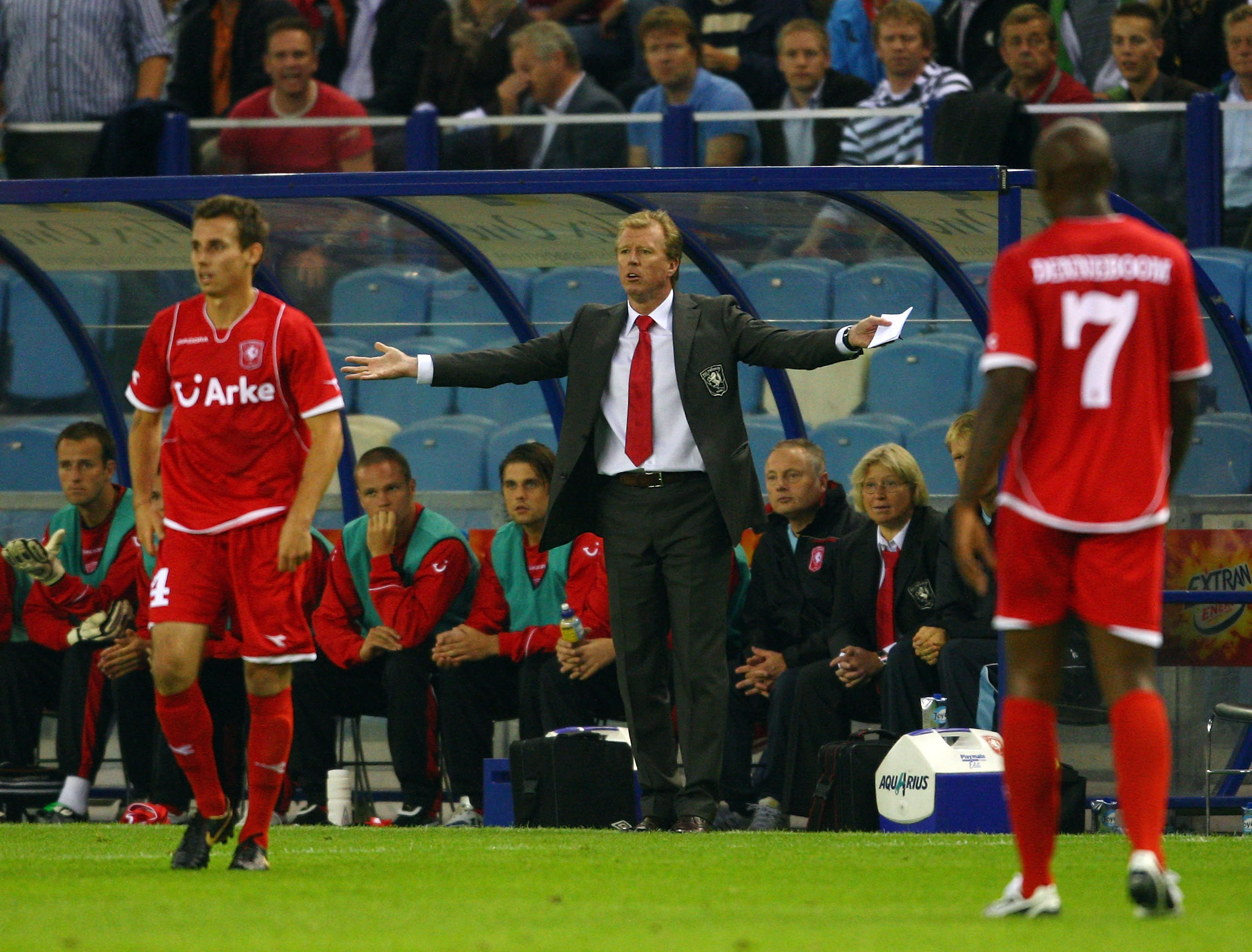 McClaren in charge of FC Twente back in 2008

An obsessive attention to detail. A fanatical approach to organising. Ten Hag's methods can only succeed if he has the backing of the top brass. There'll be leaks. Complaints. Threats. All from the usual suspects. The problems Ole Gunnar Solskjaer inherited from Jose Mourinho are sure to rear their head again as the Ten Hag Way kicks this lot out of their comfort zone. As sure as night follows day, you just know it's coming. Just as we did when Solskjaer needed the players to dig deep earlier this season as the team spiraled. Instead, they - or at least their hangers-on - went running to the press.

Six months on and we're seeing it all again. Defeat at Arsenal had Paul Scholes breaching the confidence of Jesse Lingard as he described the dressing room as a "disaster". And in the aftermath, Ten Hag's soon-to-be predecessor, Ralf Rangnick, offered credence to Lingard's apparent claims.

"I'm not daring to say they get on well with each other," admitted the German after the 3-1 defeat, before hastily adding: "But, I don't see that there is an issue with regard to the atmosphere in the locker room."

Put Rangnick's initial admission together with Lingard's description and any concerned United fan would definitely get 'four'. With the team at it's lowest. With a vacuum of leadership needing to be filled. It appears they're turning on eachother.

On paper, the appointment of Ten Hag is appearing the right call by Arnold. The decision to sack Solskjaer was questionable. And in terms of results, a failure. But given what we're seeing now from the players, turning to Ten Hag and his methods is just what the club needs.

And in practical terms, the same can be said of McClaren. It's understood Ten Hag championed McClaren's return given his local experience. Any short cuts he can offer Ten Hag and Van der Gaag will be welcome. The demands of the Premier League - both on and off the pitch - are very different to the Eredivisie. McClaren's presence and advice will go a long way to help navigate the inevitable pitfalls which will come the new management team's way.

We understand Ten Hag will want McClaren's role to reach beyond the training pitch. A former technical director at Derby County, McClaren will be assessing the management structure throughout the club. His brief could even involve the scouting side of things.

The dismissal of chief scout Jim Lawlor and global head of recruitment Marcel Bout last week another sign of the major changes now underway. Lawlor leaves after 16 years with club. Bout another eight. Two long-time, influential figures have now been ushered out. Indeed Ed Woodward, the former vice-chairman, used the presence of Lawlor to argue against the need for an outside technical director to be hired. The decision to cut both men loose cannot underestimated.

On the pitch, to use Lingard's phrase, it's been a "disaster". United now battling to qualify for the Europa League ahead of it's Conference offshoot. But behind-the-scenes, big decisions are being made. Momentum is being generated.

For the board, now isn't the time to revert to type. Give the manager what he wants. Bring Steve McClaren back to the club.