The interview Man Utd fans longed for: How Ole plans a buying spree just like '89

COMMENT: It was clinical. It was sober. And it was the interview Manchester United fans had been hoping for. Ole Gunnar Solskjaer laying out exactly what was needed - and what he wanted - ahead of this summer's transfer window...

The frustration. Indeed, the exasperation. It was still there as United's manager spoke with reporters in his native Norwegian in midweek. The pain of the previous Wednesday's Europa League final defeat in Gdansk still raw.

And it was painful. Two sources close to the manager telling this column it had hit him, especially in the following 24 hours, unlike anything in his managerial career. United's famous Treble winner had put everything into this clash with Villarreal. The pride of having his name placed alongside Sir Alex Ferguson as a European winner cannot be underestimated. That the opportunity was blown by such a limp, tepid performance struck Solskjaer deep.

He touched on it in the post-match presser. Never one to lose his cool, the words he offered were honest, "not good enough", "we didn't turn up" and when pressed if it had been a successful season, he offered a curt "no", in response.

A week to digest it all and Solskjaer had moved on. Not from the bitterness of the showing in Gdansk, but instead finding a reaction to it. The manager choosing to go public with the planned approach to this summer's market already established at least a month previous.

Solskjaer likes this squad; these players. But he knows, as they come up to being three years together, the development in the spine of this team is reaching a plateau. It's what has been discussed behind closed doors at Carrington. And it's what Solskjaer let out in last week's interview on Norwegian television.

"It is never possible to sit back," he said. "You are constantly looking for reinforcements.

"I will never sit down and think that 'now the team is the way I want it to be', because you always see some other players or other teams doing something you want." 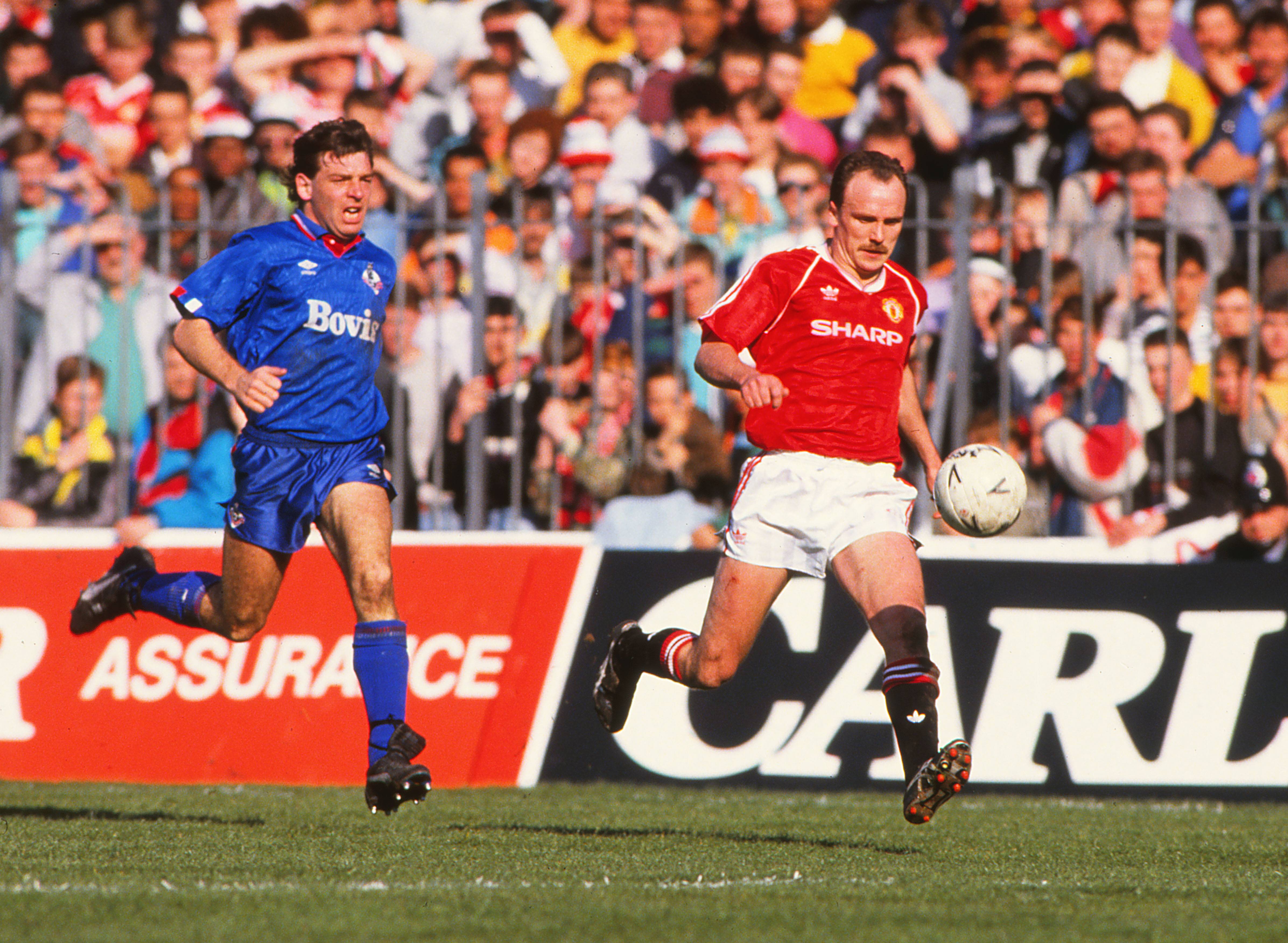 Development. Progress. Even patience. That's on the backburner. As we've mentioned in recent columns, the plan for this transfer window is to find a short-cut to all that. And the positions being targeted run right through the core of Solskjaer's favoured XI.

"We are second best," continued the manager, "but still too far behind to threaten those who won (Manchester City). So we have to strengthen ourselves.

"We have to make some moves this transfer window, but also within the team."

The shopping list is known. As are the identities. A fullback. A centre-half. A winger. And a striker. And to those four positions, we can also put names. Kieran Trippier, Atletico Madrid's 30 year-old England fullback. Raphael Varane, the 28 year-old France World Cup winner of Real Madrid. Harry Kane, England captain and Tottenham striker - to be 28 next month. And the winger, Borussia Dortmund's Jadon Sancho, who at 21 is the only youthful target among them.

That's the A-list. The dream list for Solskjaer. But there's more...

Along with what's needed to fund such a buying spree, the manager also went public about the need for the club to release the money to keep hold of Paul Pogba. A Paul Pogba who is now 28. For his part, Solskjaer has seen enough: United are a better team with his No6 involved.

Asked directly about his French midfielder, Solskjaer decided this wasn't the time nor the forum to play coy: "We want the best players here, and the club knows what I want. I do not know how the dialogue goes, but if we are to fight for the best trophies, we must have the best players here."

So a new spine to be bought and a new contract - whatever it takes - to tie down Pogba. A senior group of 28 to 30 year-olds to move this team to the next level. That's the plan on the whiteboard in Solskjaer's Carrington office. And that's exactly what he told his Norwegian interviewer in midweek.

And if he can't land Kane - or someone similar - Solskjaer will be happy to go with Edinson Cavani as his prime centre-forward for the new season. But that will be as a last resort. Again, Solskjaer letting it be known securing the Uruguayan to a new, 12 month deal, wasn't done to ease the pressure on the need to find a new No9.

"I am very happy that it has happened," Solskjaer declared, referring to Cavani's new contract, "but that does not mean that we are not looking for someone who can challenge or learn from him."

So it's on. A shift in transfer policy at Manchester United is underway. As Ed Woodward departs. As his grip on the club's market approach loosens. Solskjaer is stepping into the vacuum. He's letting it be known what is needed. And from the buzz of intermediaries across the continent, the board agrees.

This has the hallmarks of Sir Alex's buying spree of 1989. After trying to find a way with his fledglings, Ferguson ripped it all up and went on a signing rampage not seen since. Mike Phelan, Neil Webb, Gary Pallister, Paul Ince and Danny Wallace all came through the doors that year. The FA Cup, then the Cup Winners' Cup would follow, before Eric Cantona's arrival... and the rest is history.

You can see Solskjaer now doing the same. Indeed, he's now talking about it - and openly. For United fans tired of the nearly misses, that interview in Norway was the one they had been hoping for.