The Ten Hag tsunami will revolutionise Manchester United's defence, Mauro Icardi is torn between economic earnings and sporty revival, while Andrea Belotti aims to play in a European competition. Here are some of the main stories of the last few days of the transfer market from TribalFootball's new columnist, transfer expert Rudy Galetti.

His era on the Manchester United bench has not yet begun, but Erik Ten Hag already has clear ideas. The first signing will have to be a centre-back. Or rather, two, to solve the defensive struggles that the squad has shown this season, just think of the 52 goals conceded in 35 Premier League games. The future Red Devil manager has already identified the two names he'd love to make at Old Trafford. One is Pau Torres – today at Villarreal and already on United's wishlist from last summer – the other one is Jurrien Timber, his current player at Ajax.

The coach already has a tactical plan in mind, with the Dutch defender to be deployed more as a right-back – thus closing the door to Diogo Dalot – while the Spanish would be paired with Varane as centre-back. This means one thing: captain Harry Maguire's role in Manchester United of the future would be put at serious risk, with the England defender suffering an alarming dip in form over the past few months. Ten Hag, to bring United back at the top of both English and European football, will need to make some tough decisions. And the first could be convincing the captain to accept the bench. 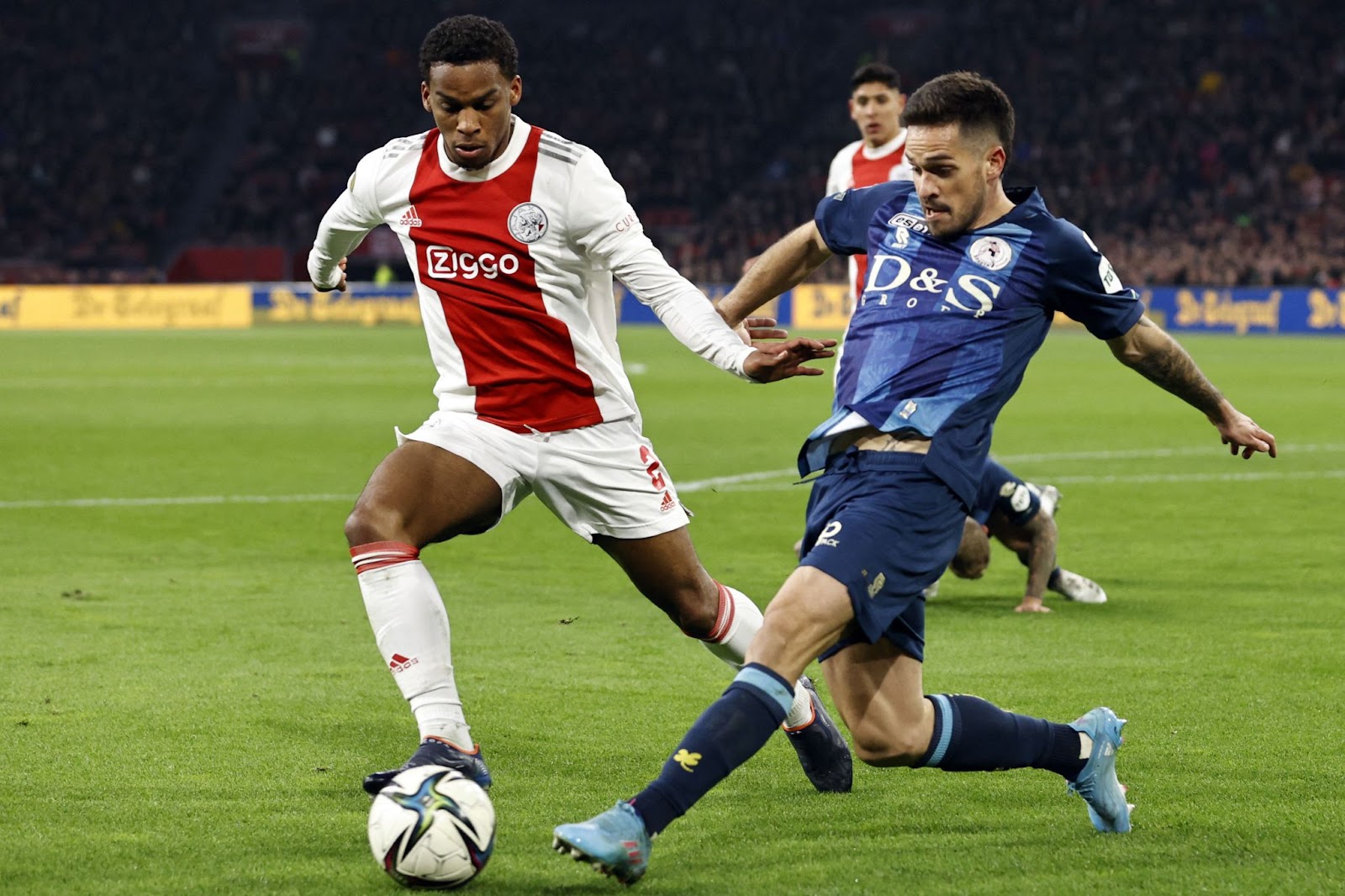 Jurrien Timber (L) has starred for Ajax this season

This summer, PSG will try to part from Mauro Icardi. The reason is simple: to date, the Argentinian is no longer in the plans of the Parisians. And so the former Inter Milan striker is looking around trying to find a new destination.

In January, contacts with Italy - especially with Juventus - were not successful, now some Spanish clubs have come forward, asking his entourage for information. Or better to say, his wife. However, the initial interest of the La Liga teams was quickly extinguished by the financial demands of the player who currently earns around €9M net per year at PSG. To date no squad has offered similar figures, and the future of Wanda Nara's client seems to remain still tied to the golden cage of Paris, with which the contract expires in June 2024.

Numbers don't lie. This season, Mauro was put on the pitch only for 30% of the time available. Is it sustainable to spend 2 more years on the side-lines? Sportively, no. But this is not the only aspect that matters. If Icardi wants to revive his career elsewhere, the first step is to lower his economic demand. Or cross his fingers, waiting for the change of coach - with Pochettino who should say goodbye at the end of the season - and hope for a stroke of luck. 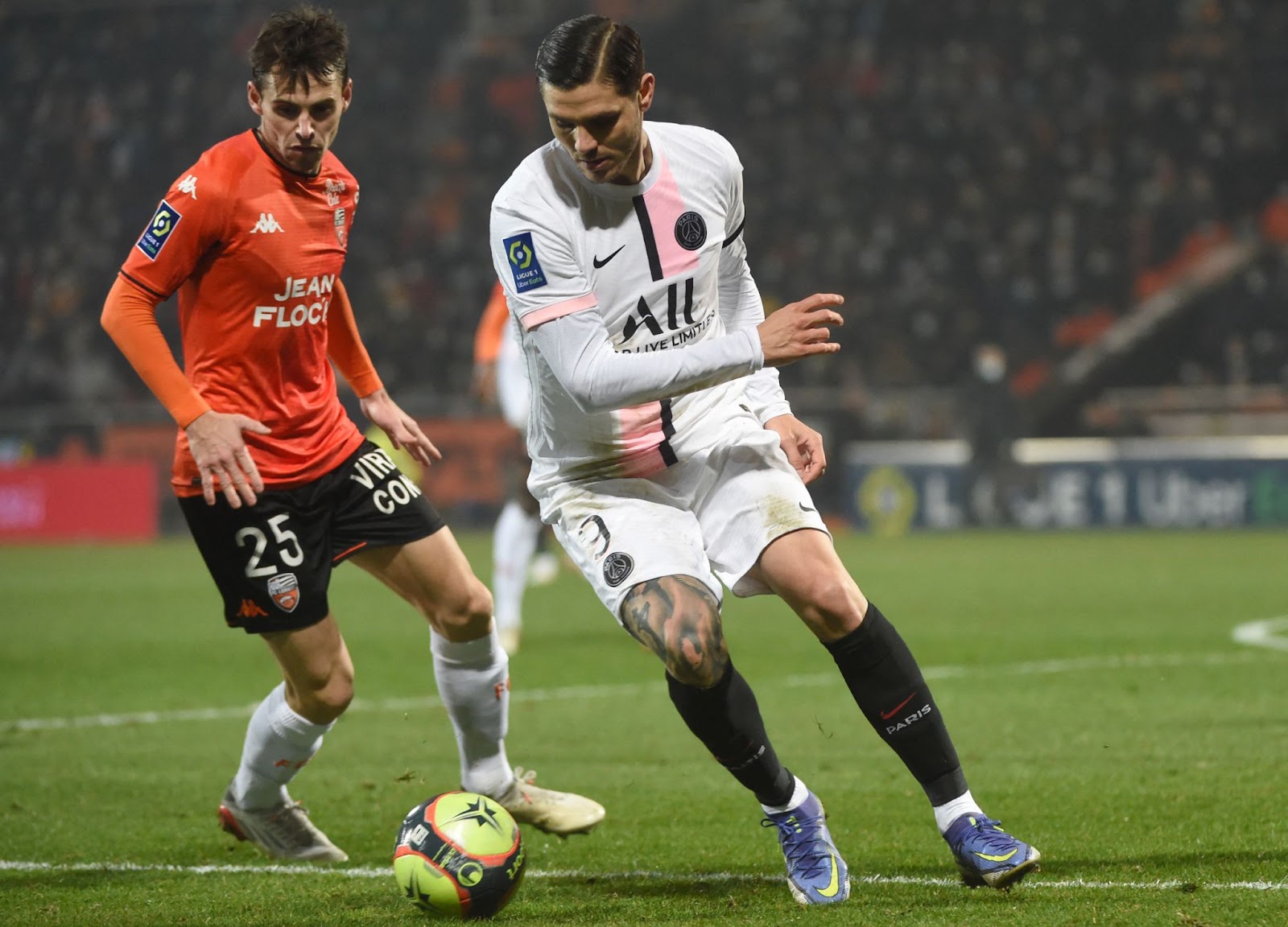 Icardi against Lorient back in December last year

Kamara appears between Villans and Kondogbia

Steven Gerrard is looking for a new midfielder for the next season. Geoffrey Kondogbia will with all likelihood stay at Atletico Madrid also in the future. These are 2 great truths, with a hidden, subtle, link: Gerrard appreciates the Central African Republic midfielder a lot and watched him during the Manchester City clash in the Champions League.

The English coach would have asked his club to try for the former Inter player, but in Spain the position is very clear. Only a huge offer could change the plan for the midfielder that is still at the heart of the Cholo Simeone's project. Despite the strong interest, Aston Villa's budget – to date – would not justify such an important investment, as Atletico require to free the player the 29-year-old.

The fact remains that Villains need a new player in the central areas of the field. Among the different profiles followed by the Birmingham club, there is also Boubacar Kamara. The Marseille player – expiring in June – is craving for an experience outside of Ligue 1 and after having been in contact with AC Milan for a long time, now the next stage for the French player's future could really be closed to Villa Park. 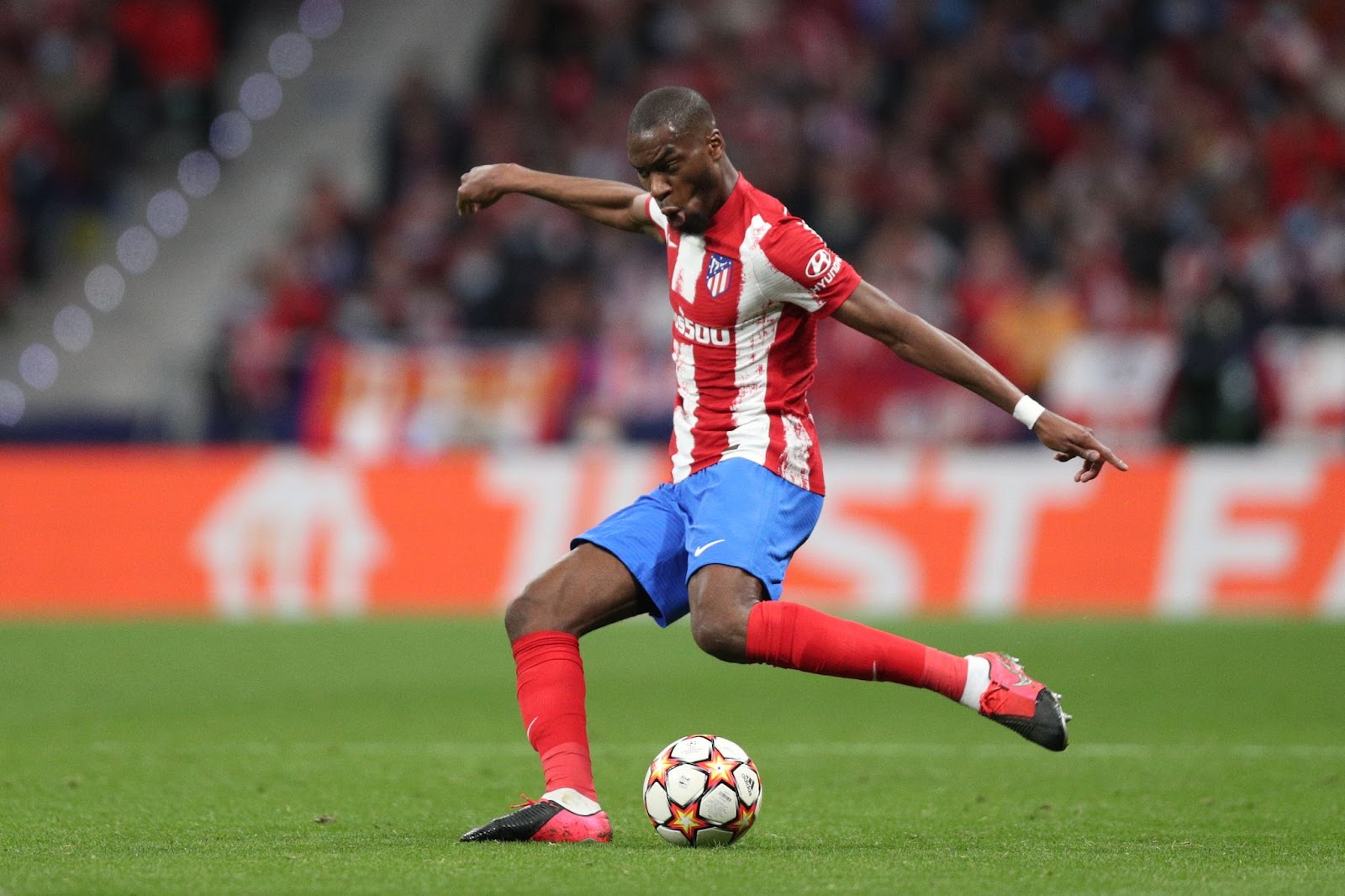 Kondogbia in action for Atleti this season

Belotti, many options and a certainty

Andrea Belotti is undoubtedly one of the most followed players in Europe. His current contract with Torino will run down on the 30th of June and at the end of the season he will become a very attractive free agent.

In these last months, he's been linked to several clubs in Serie A – AC Milan among all – but currently the most interested team in Italy seems to be Atalanta. Even abroad, especially in Spain and in England, "il Gallo" has several admirers. In La Liga, Sevilla continue to keep a close eye on him. Monchi is looking for a real number 9 for Lopetegui to raise the level of the team and to solve the weak point in the finalisation in front of goal. While, in the Premier League, the club that has followed Gallo for some time is West Ham. They are keen on signing Torino striker in the summer.

Belotti, for his part, has not yet decided his future and in the next few weeks a final choice is expected. The race to sign him on a free transfer in the summer is about to enter the crucial phase. One thing is for sure: Belotti wants to play in a European competition and for this reason - despite the current club's proposal - it's really difficult that he will decide to renew with Torino for the next few years. Atalanta and West Ham will fight until the end of the season for a European qualification, while Sevilla are one step away from accessing the Champions League. It is not difficult to understand why the Spanish destination is the Italian striker's favourite. 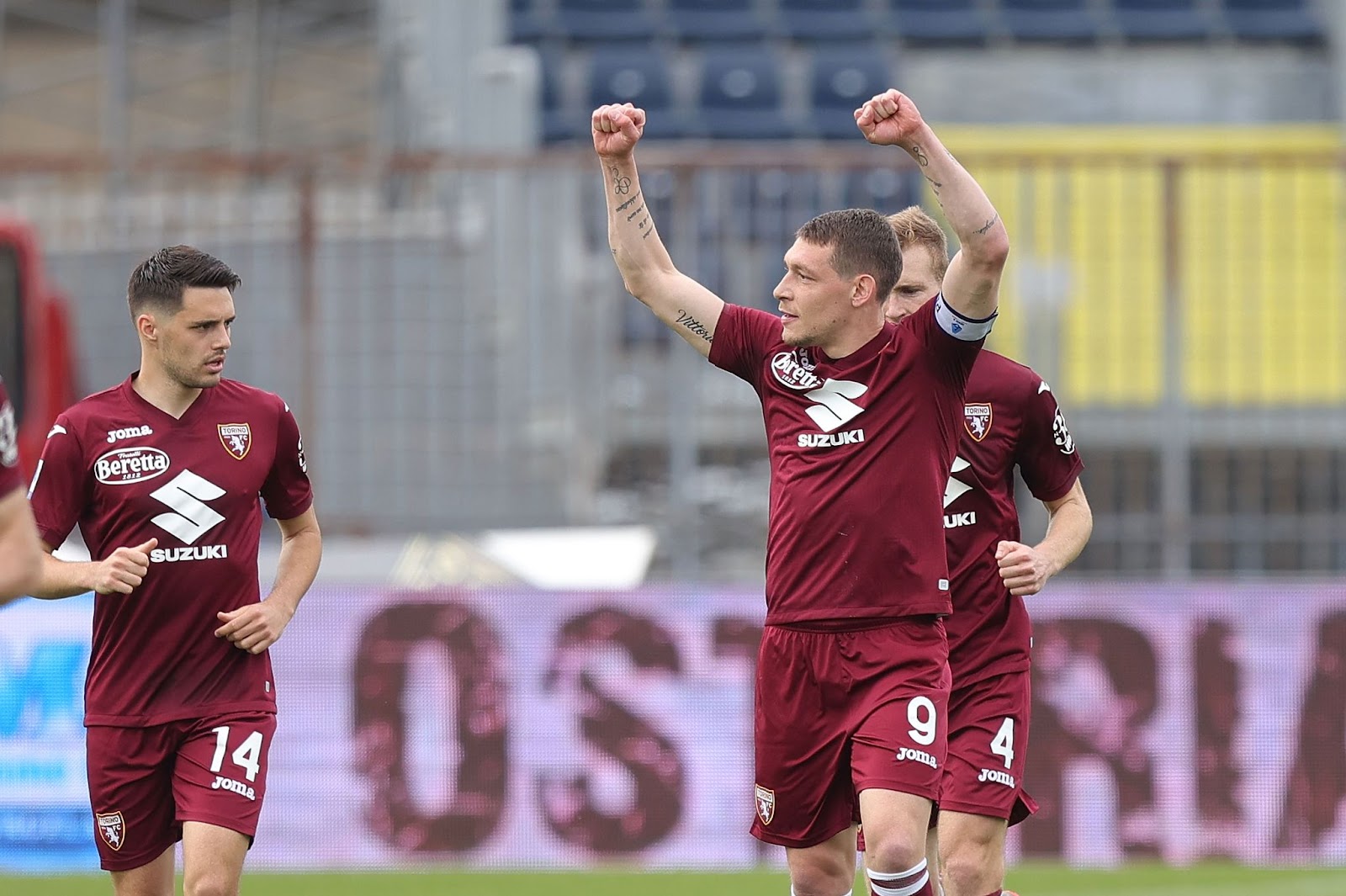 Belotti is the most important player for Torino

Perisic and Inter, are we still together?

During the last round of Serie A, Ivan Perisic made his 250th appearance with Inter Milan and - with a nice header against Udinese - he also scored a very important goal to keep his team fully in the race for Scudetto. An unforgettable day for the Croatian player, expiring with Nerazzurri at the end of season. So, was this one of the last appearances for Perisic in the Nerazzurri shirt? Most likely not.

It would indeed be a great surprise if the left-winger didn't renew the contract, and there is a strong willingness on both sides to find an agreement. Moreover, the arrival of Gosens - from Atalanta, in January – has not changed the hierarchy on the pitch, with the Croatian always preferred by Simone Inzaghi. This is why Inter would like to go on with Perisic. The player is asking for 5 million euros - the amount currently earned - and Marotta has a proposal for a two-year period of 4 million euros per season plus easily obtainable bonuses. The distances are really short, the negotiation is at the final stage. At the end of the season there will be a new meeting between the player's entourage and Inter Milan management to get to the white smoke. It's just a matter of time. 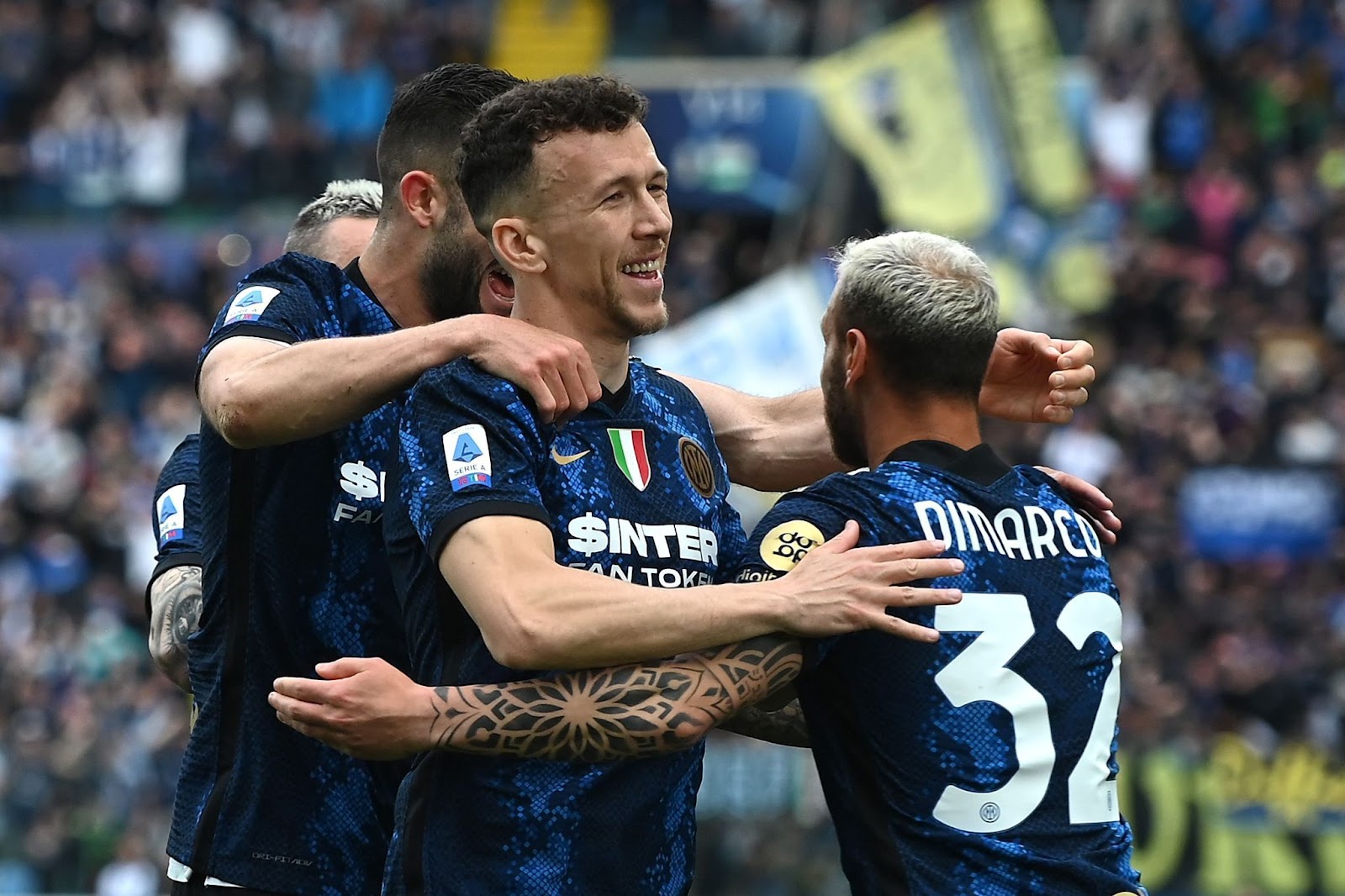 Perisic celebrating with his Inter teammates