Dries Mertens didn't betray the Neapolitans, Andrea Belotti chooses Mou and Fabian Ruiz is on the verge to join PSG. Here are some of the main stories of the last few days of the transfer market from TribalFootball's transfer expert Rudy Galetti.

"Even if I was not born here, I will always be a Neapolitan": Dries Mertens not only shared all his love for Naples during his splendid farewell video published last week on his social profiles, but above all he demonstrated it with facts. Feelings, in the world of football, are less and less frequent, as well as love for the fans and respect for the city that the team represents.

Dries Mertens, on the other hand, has always sworn allegiance to Neapolitan fans and to Naples and has - not to be taken for granted - kept his word: for him, in Italy, there will be no other team outside of Napoli. The Belgian player has chosen Galatasaray to complete the last years of his great career. 9 years spent in the shadow of Vesuvius were too long to wear another Serie A jersey: yet, there were opportunities.

Lazio, and especially Maurizio Sarri, have been trying for weeks, months. Ready on the table a two-year contract - just like Dries wanted - to re-embrace his old coach and continue playing in a team with European ambitions. The Belgian thought about it for a long time, but in the end the answer was negative. A categorical refusal, also, came when Juventus asked for information on his future. His love for Naples would never have allowed him to accept a proposal from the Bianconeri. Before leaving and saying goodbye to his people ("Dear Neapolitans, I knew this day would eventually come, but I didn't know how difficult it would be to say goodbye"), he also wanted to "hit" the President Aurelio De Laurentiis, the only one not to receive his greeting: "I did not leave as I would have liked, but I will always be one of you". 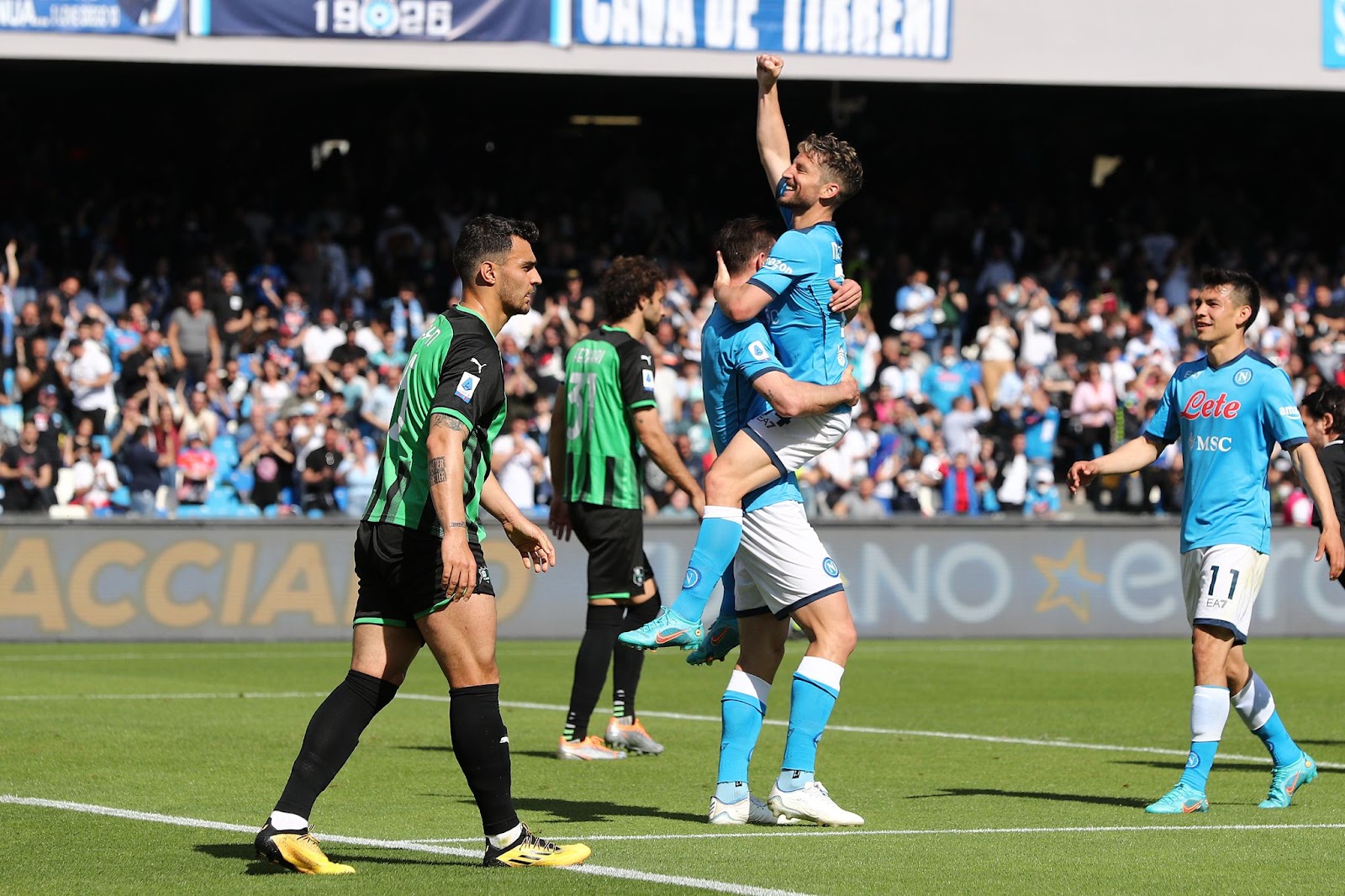 Strange, but true. Nicolo Zaniolo seems to be closer than ever to extending his contract with AS Roma. Until a few weeks ago, his possible stay in the Capital of Italy was pure science fiction. However, both Juventus and Tottenham - the 2 clubs that have shown the greatest interest in the Giallorossi player – don't have an extreme need to reinforce themselves in the role played by Nicolò, and so both teams consider the request for 50 million, made by Tiago Pinto, unquestionably high. The Bianconeri had proposed cash + other players as a counterpart, but Roma refused. Spurs are monitoring the situation, but – to date - they have yet to present any official offer.

For this reason, the percentages of his permanence in the Giallorossi grow every day. The Italian midfielder has a contract that expires in 2024, at 2.5 million euros per season. The AS Roma owners – the Friedkin brothers - are ready to offer a 4-year deal with a salary set around 4 million euros per year + bonuses that could convince the former Inter talent to remain on Mourinho's team.

The project of AS Roma, this year more than ever, is exciting. After convincing Paulo Dybala and Gini Wjinaldum to wear the Giallorossi shirt, the Portuguese coach may have done the same with Nicolò and with his desire to go elsewhere. 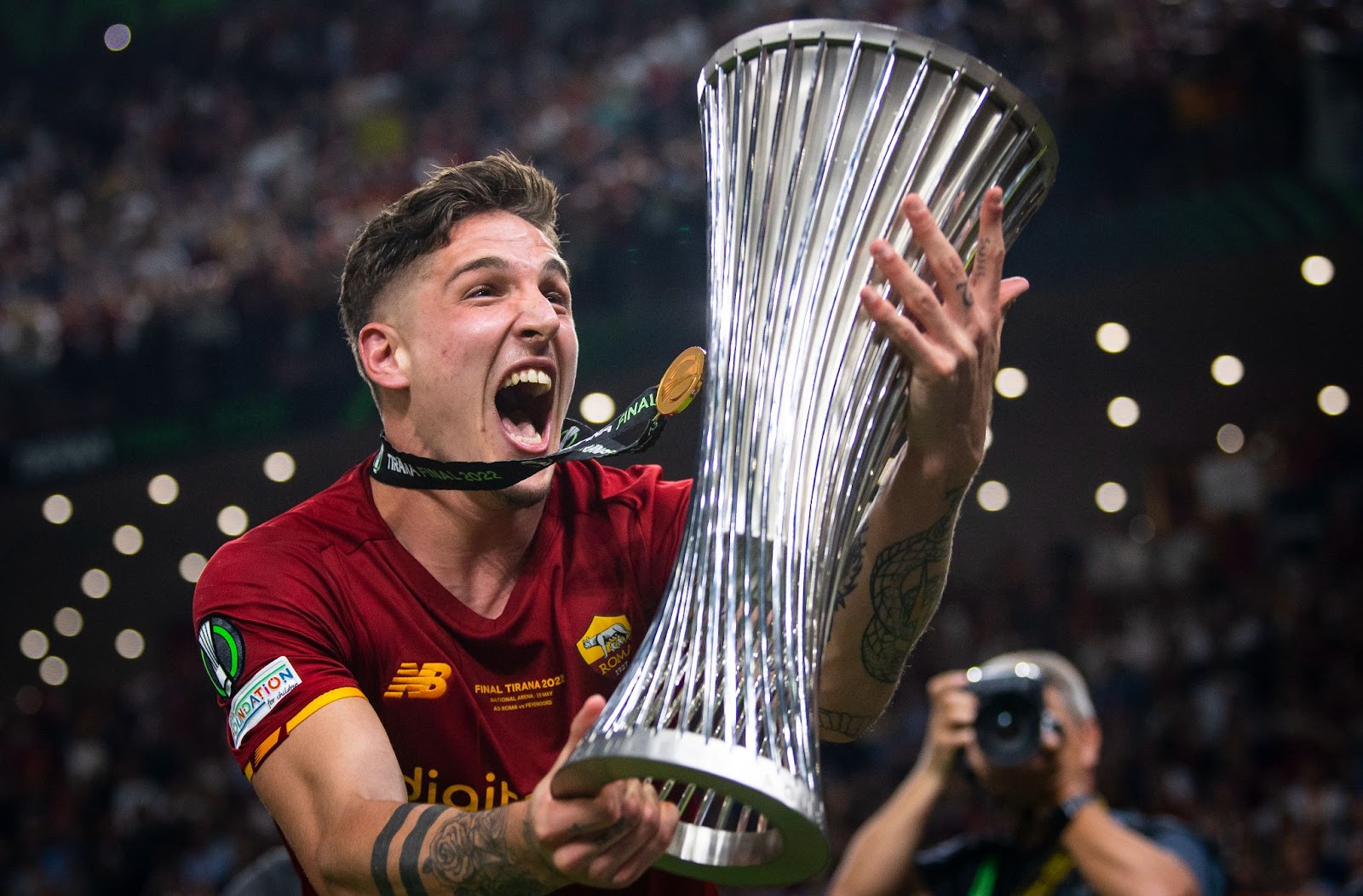 Bailly, around and around nobody gets him

Everyone wants him, but nobody gets him. Eric Bailly is among the most debated players in the last transfer market sessions, but after being close to many teams, in the end, the Ivorian centre-back always remains at Manchester United.

In January it was AC Milan - after Simon Kjaer's injury - who approached him. The Rossoneri had reached an agreement in principle with the player, but his absence due to the African Cup had blocked his transfer. Man United, in order to give him away, opened for a loan with option to buy set at around 15 million, but Paolo Maldini and Ricky Massara decided to trust Pierre Kalulu, guessing the choice.

Now AS Roma are trying for Eric. An understanding has already been reached with the Red Devils based on an onerous loan with a buy clause (about 8 million euros). But now, the main issue is to find an agreement with the player who currently earns around 4 million a year. The Giallorossi don't want to spend that amount for a centre-back who has not played consistently for a long time, but Eric - at the same time – doesn't intend to give up even a penny of his salary. Result: stand-by negotiation, with the player sent to the stands by Erik Ten Hag in the first match of Premier League against Brighton. Who knows if Valencia, which monitors the situation of the Ivorian defender, will be able to unlock his future? Difficult, given the financial situation that the Spanish club is going through. 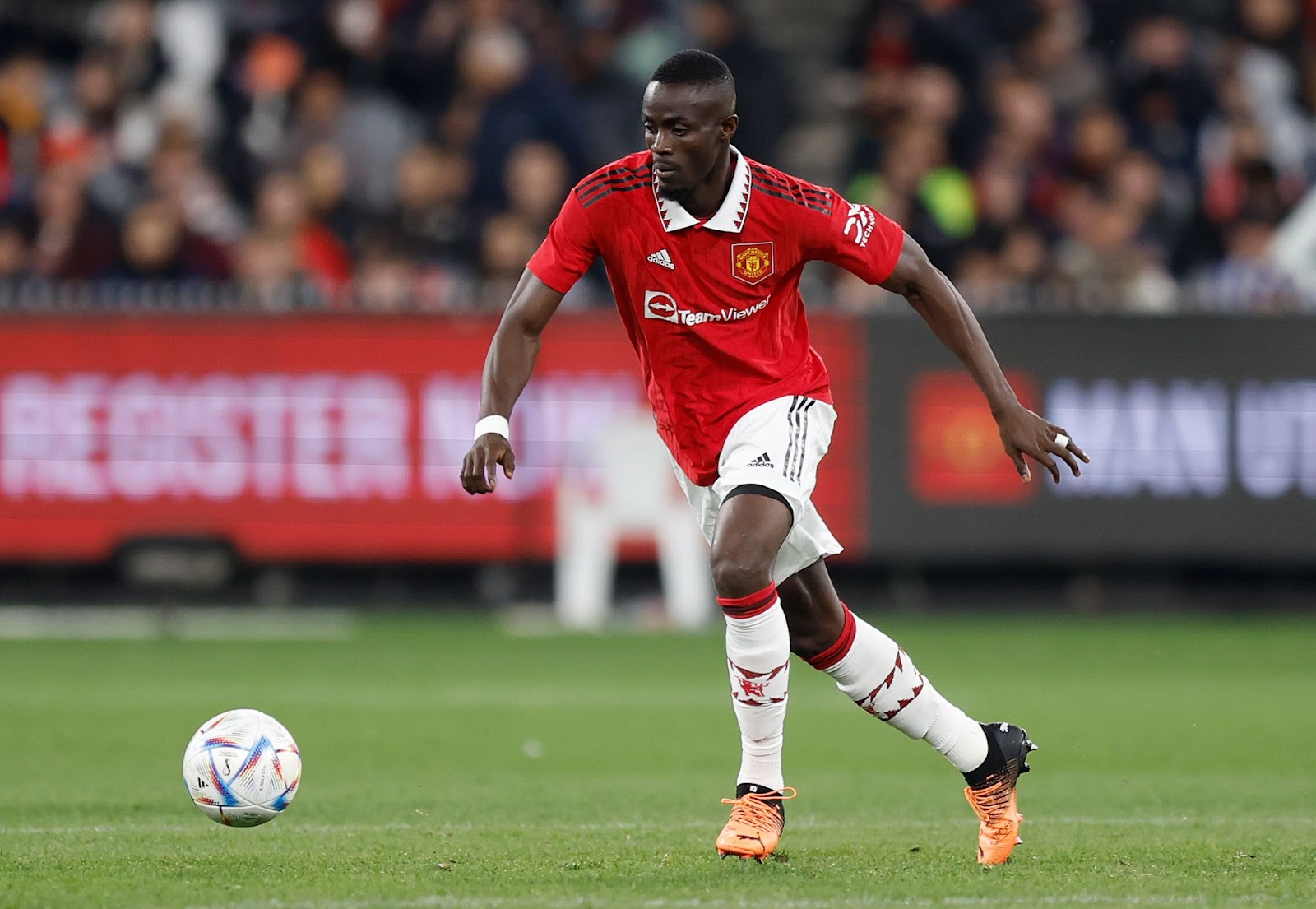 Belotti has chosen his new club

Andrea Belotti will be a new Roma player, no doubt. After months of waiting, Gallo has finally decided what his future will be. In recent weeks, offers from all over the world have not been lacking for the former Torino player who, before the phone call from Mourinho, was on the verge of accepting the AS Monaco proposal, as we told weeks ago. Then his phone rang and the project explained by the Special One convinced him to marry AS Roma.

The Italian striker is so committed that in recent days he refused the (richer) bid of 3,5 million euros + bonuses that Wolverhampton had made him. Not only AS Monaco and Wolves: Belotti said no to Valencia, to Toronto (which offered him a lot of money, but less than Insigne and he didn't like it), to Fenerbahce, to Al Ahli, to Al Hilal and so on.

In summary, everyone wanted Belotti, but he waited for AS Roma to say yes. For him there is a 3-year contract + the option for an additional season, with salary set at about 3 million euros. In the year in which the World Cup will break the balance of many teams, Belotti – as a replacement of Eldor Shomurodov - will start as Abraham's backup, but in the Europa League and especially after the competition in Qatar (in which the English striker will be involved) he is ready to carve out a role as protagonist. 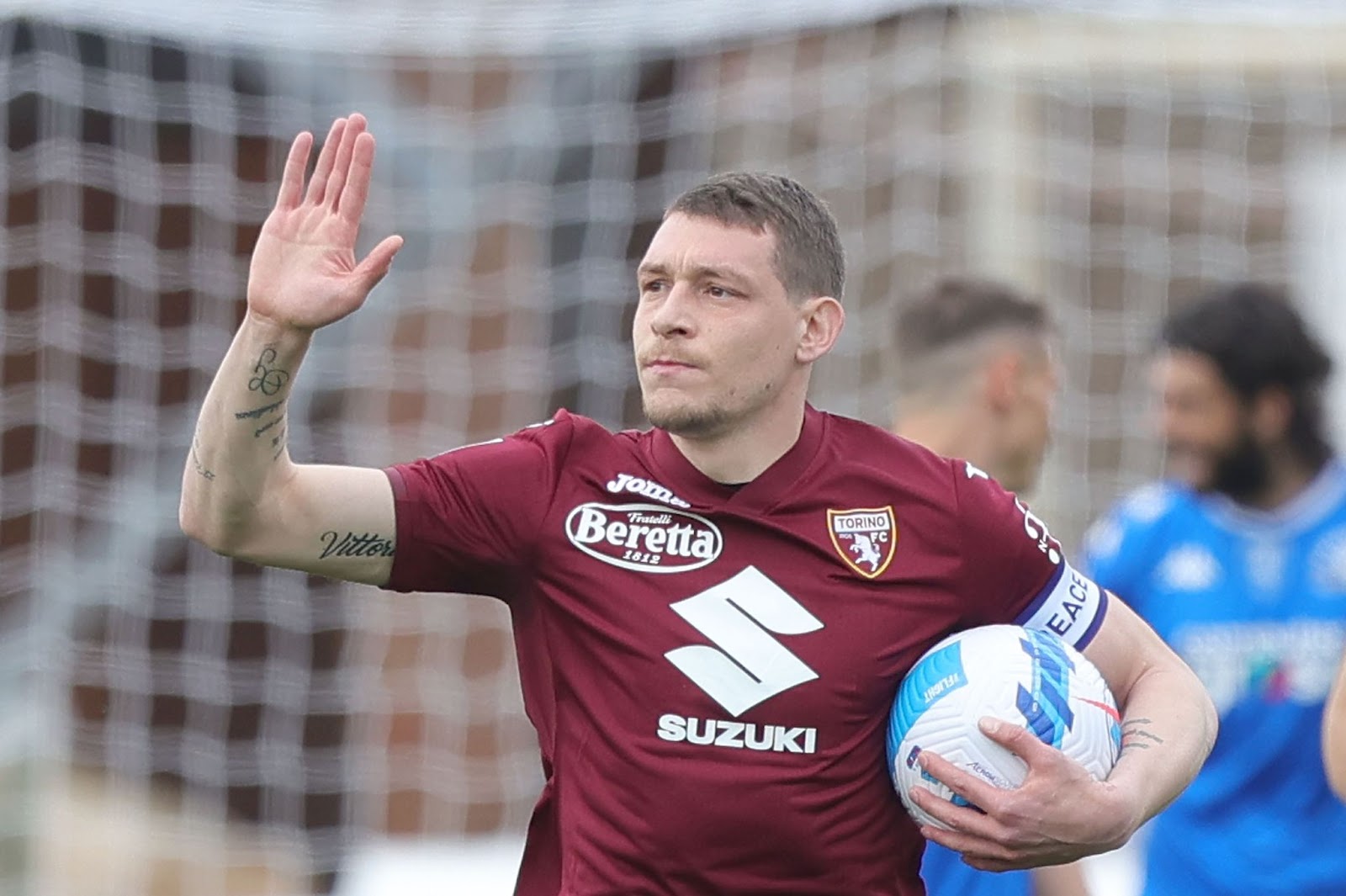 Fabian Ruiz, how to mishandle the sale of a player

Fabian Ruiz is one step away from becoming a new PSG player. So far, no problem. Looking at the details of the operation (25 million euros, of which the 4.5% to be given to Real Betis which held a percentage of future resale), however, it's obvious that Napoli are blowing up several millions, due to a bad management of transfer market operations.

The contract of the Spanish player, in fact, expires in 2023 and last year Napoli had no contact with the midfielder's agents to talk about the renewal. Only recently a channel has been opened, but by now it was too late. Again, last year an important offer of about € 50M was also rejected from President De Laurentiis. This bid would have allowed the "Azzurri" to generate an important capital gain that now, with the PSG's offer, they will not get. In summary, after having sent away - as a free agent - the historic captain of Napoli (Insigne) and having let Mertens go elsewhere (with a very low offer), now selling off Fabian Ruiz - one of the best players in his role in Italy - it's pure madness.

At least Kalidou Koulibaly's deal brought 40 million euros into the coffers of Napoli, even if 20 million have already been spent - perhaps badly, only time will tell - for a question mark like Kim. 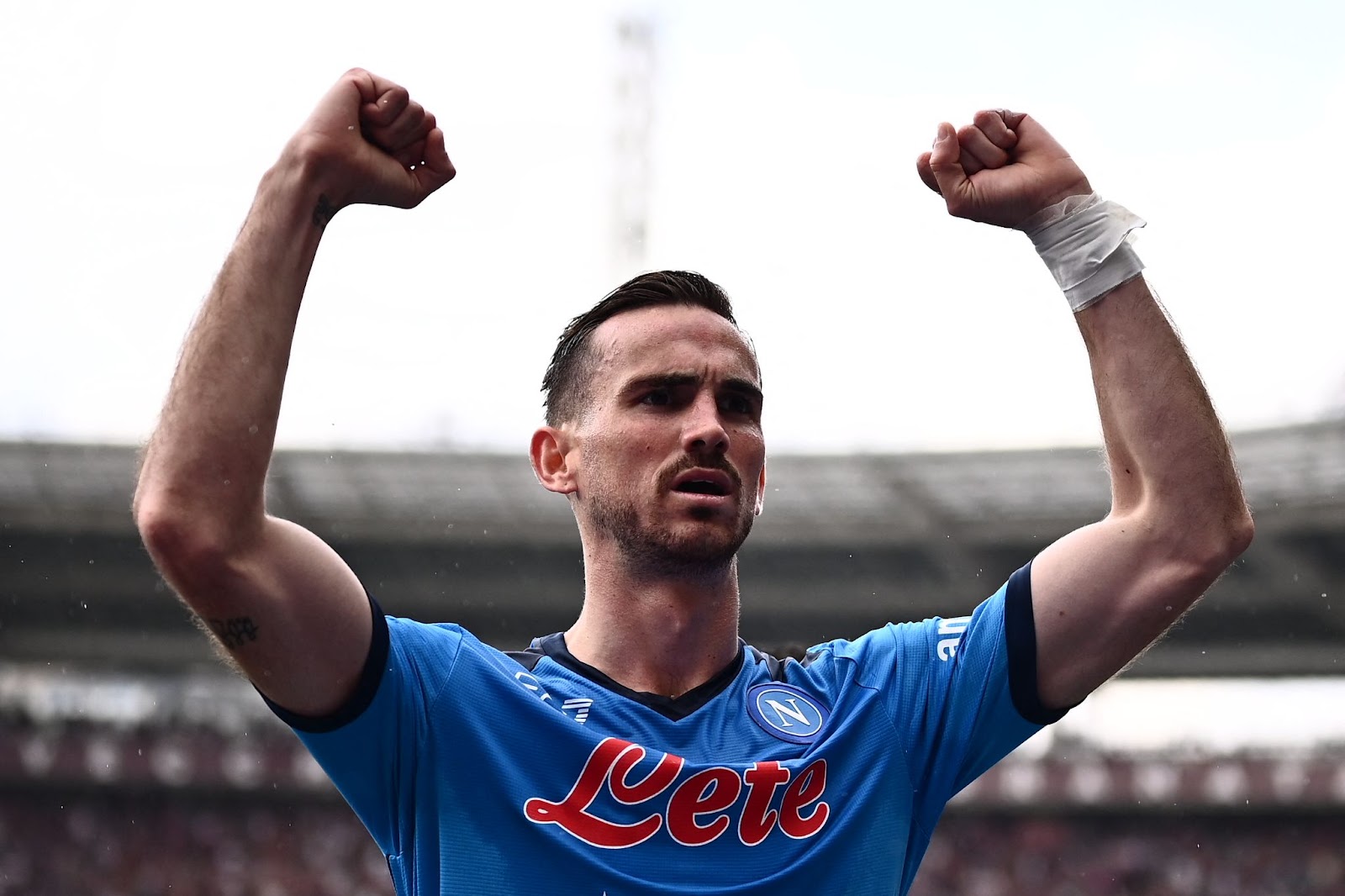