Juventus want to give the fans the great return of Paul Pogba and have prepared him a great offer, Milan are trying to close (this week) for Divock Origi while Ajax are still looking for Bergwjin, after the failed attempt in January. Here are some of the main stories of the last few days of the transfer market from TribalFootball's new columnist, transfer expert Rudy Galetti.

POGBACK - more than a dream

Juventus are trying to re-sign Paul Pogba. The idea is clear: Vecchia Signora would close with the midfielder - who is leaving Manchester United in June - before the end of April.

The Bianconeri and Pogba's entourage have been in contact for months and the negotiations between the two parties are moving ahead.

The Italian club advanced a 4-year contract to the French midfielder who is tempted to accept, also considering the Juventus economic effort, even if the offer is much lower than his current salary. The Juventus bid is set at € 9 million + around € 3 million bonus. Doing the math, Pogba's base salary would be just under €180k per week, which is far less than his current earnings with United (around €270k per week). Not too bad as Mino Raiola's midfielder would be willing to cut his salary to return to Turin.

To date, the position of Real Madrid, more interested in players like Tchouameni and Gravenberch, and of PSG, which will undergo a total re-foundation in the summer, are far from the Octopus. Juventus remain in pole position and see the agreement approaching. 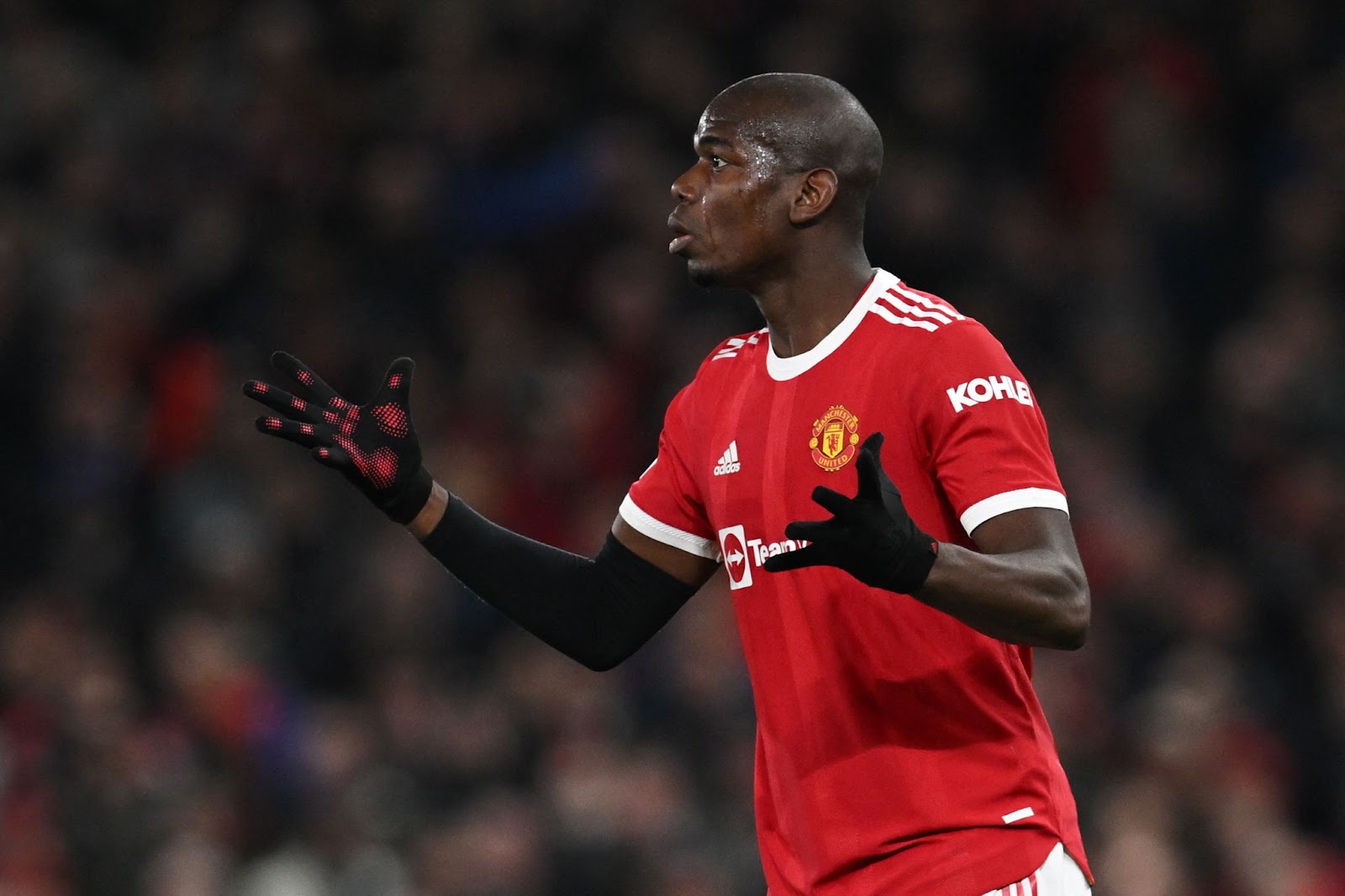 The Rossoneri are also looking to the Premier League to strengthen their squad, particularly in the frontcourt. The name that AC Milan have identified is Divock Origi, currently in force at Liverpool.

During the talks with the Rossoneri board, the striker's entourage confirmed that Reds will not unilaterally extend the contract of the Belgian player, out of respect and esteem accrued in recent years, and so the Italian club would like to find an agreement to take him as a free agent at the end of the season.

The next week will be decisive for understanding the forward's future: during the break for the national teams, a meeting in Milan is scheduled between the Rossoneri and the player's entourage to polish the final details. Maldini has already brought to the table an offer of € 4 million net for 4 years (3 + 1 year option). The goal is to reach a verbal agreement for June.

At this time Origi is preferred over Belotti and Kramaric, the other 2 profiles that had been proposed to the Milanese management. The reason is simple: the Belgian striker can also play as an offensive winger and this extra feature induced Milan to bet on him. In Milan there is confidence that the agreement could be reached really soon. 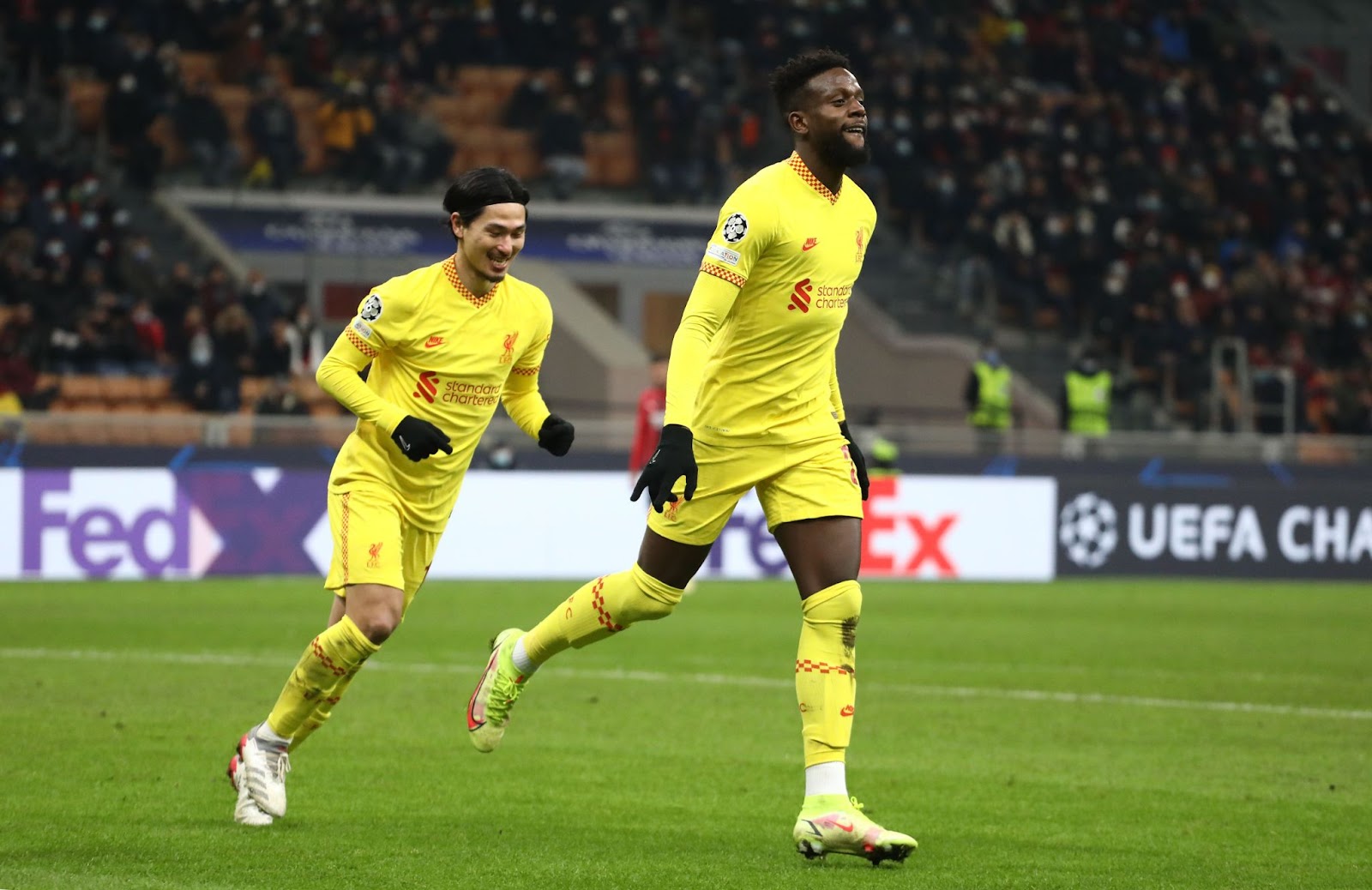 Dani Ceballos: back to the past

Dani Ceballos is getting closer to leaving Real Madrid during the summer transfer session after reaching an agreement on personal terms with his previous Spanish club, Real Betis.

So, these will be the last months with Camiseta Blanca. A very difficult period began in 2017/18, with only one peaceful moment, the loan to Arsenal in 2019/20. In Madrid, for the 25-year-old, no glory, only disappointments, injuries and a lot of bench. Suffice it to say that this season the Spaniard has managed less than 100 minutes of game-time in seven appearances.

That's why the only way for the Spanish midfielder to raise his career again is to go back to where he grew up, in Los Verdiblancos. Real Betis and Real Madrid are defining the details: just the latest paperwork remains to be sorted out, with the Blancos likely to recover around € 15-18 million from his sale.

With the arrival of Dani Ceballos, Real Betis may be encouraged to say goodbye to William Carvalho – on the Arsenal and Newcastle United wish list. The time to hug the prodigal son Dani again after 5 years has come. 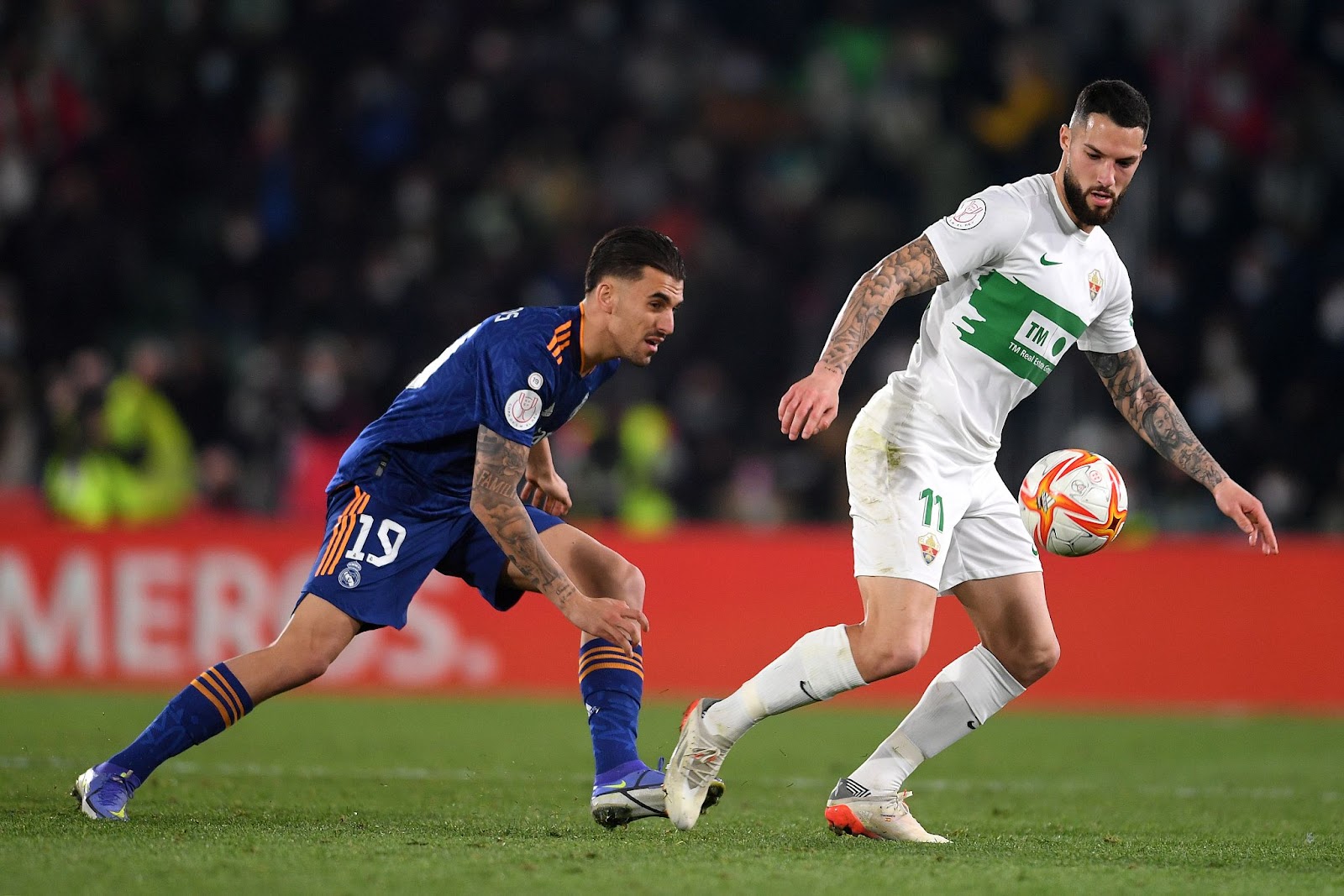 Bergwjin and AFC Ajax will try again in the summer

AFC Ajax rekindled their interest in Tottenham Hotspur player Steven Bergwijn. A player that the Dutch club knows well: the goal is to relaunch him after the not so positive interlude in London. Especially this season, first with Nuno Espirito Santo and then with Antonio Conte, the 24-years-old winger has not been able to find space and continuity: only 9 appearances in the Premier League so far, not enough for a player paid around €35 million in January 2020.

The agreement could not be easy: AFC Ajax know Steven well, after spending about 6-years in the youth academy, but Tottenham do not want to sell him off, despite the fact that recently the player has also appeared overweight, unfit and unhappy.

A physical condition that has led Tottenham to put the winger on the market already in the January transfer session, with the simultaneous arrival of Dejan Kulusevksi. Only the lack of agreement with Ajax on the figure of the operation blew the deal. Spurs also proposed the Dutch player to AC Milan, but the Rossoneri preferred to save money for the next summer window. Even now, still at the court of Antonio Conte, there is no luck for Steven. This is why he is even more likely to leave this summer, with Ajax wanting to try again, but without changing the conditions of the offer.

The possible purchase of Bergwijn can be read in the light of the farewell of Antony, who is attracting the attention above all of the Premier League clubs, with Manchester United and Liverpool in the lead. Especially the Red Devils, with the eventual arrival of Ten Hag on the bench as a new manager, could create a Dutch colony, putting Gravenberch in the sights and trying to beat the strong competition of Bayern Munich. 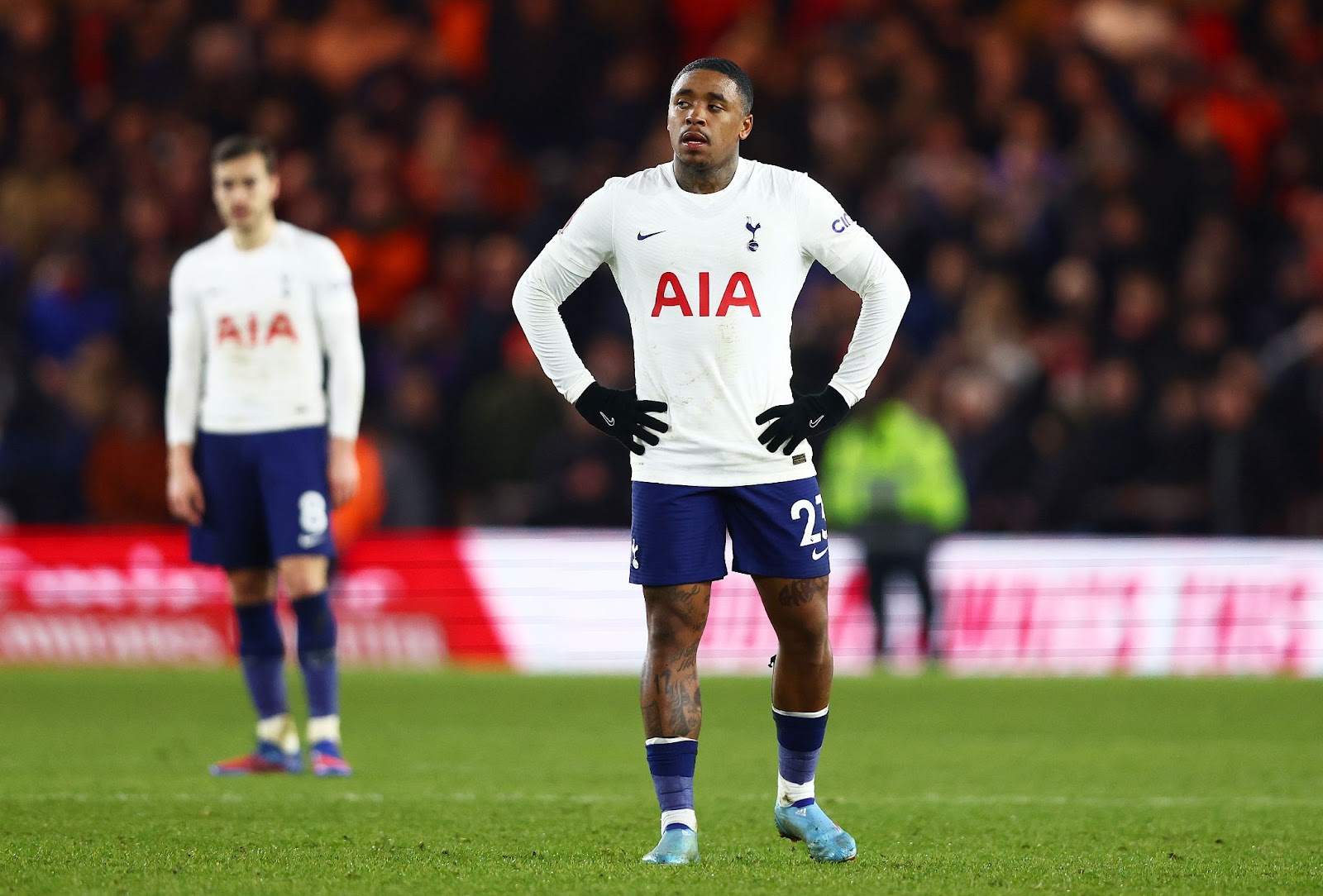 Barcelona, Kessie-Mazraoui-Christensen: the power of free agents (and players' agents)

Barcelona aspires to go back to being a superpower of European football, as they also demonstrated in the 0-4 at the Bernabeu, but there is not much money to invest, at least for the players. That's why the new Blaugrana market strategy is to make the most of the club's appeal to attract top free agents, paying "only" the agent's commissions.

Anyway, this approach seems to work. 3 big names - but they could increase - will wear Blau and Grana next year. This is the case with Franck Kessie, the Ivorian player has accepted the offer of €6M + bonus per season - similar to that advanced by AC Milan - but the difference was made by the agent's fee: €10 million for Atangana.

Different situation for the defence reinforcement, Christensen, but same fate for the agent. Chelsea are in dire straits, and the Danish centre-back has accepted the 4-year contract that will bind him to the Spanish club until 2026. A purchase as a free agent (at zero euros) means, also in this case, a higher commission for those who managed the negotiation.

And then there is the third name that will arrive at the Camp Nou as a free agent, Mazraoui. Here we know the agent very well, the king of fees: Mino Raiola. With the Ajax right-back's entourage the deal is almost finalized (salary set at €5 million per season) and there still needs to be minor negotiations - obviously on the agent commissions - before an agreement is reached in totality.

3 big players bought, 0 euro spent for their registration…many euros for their agents. 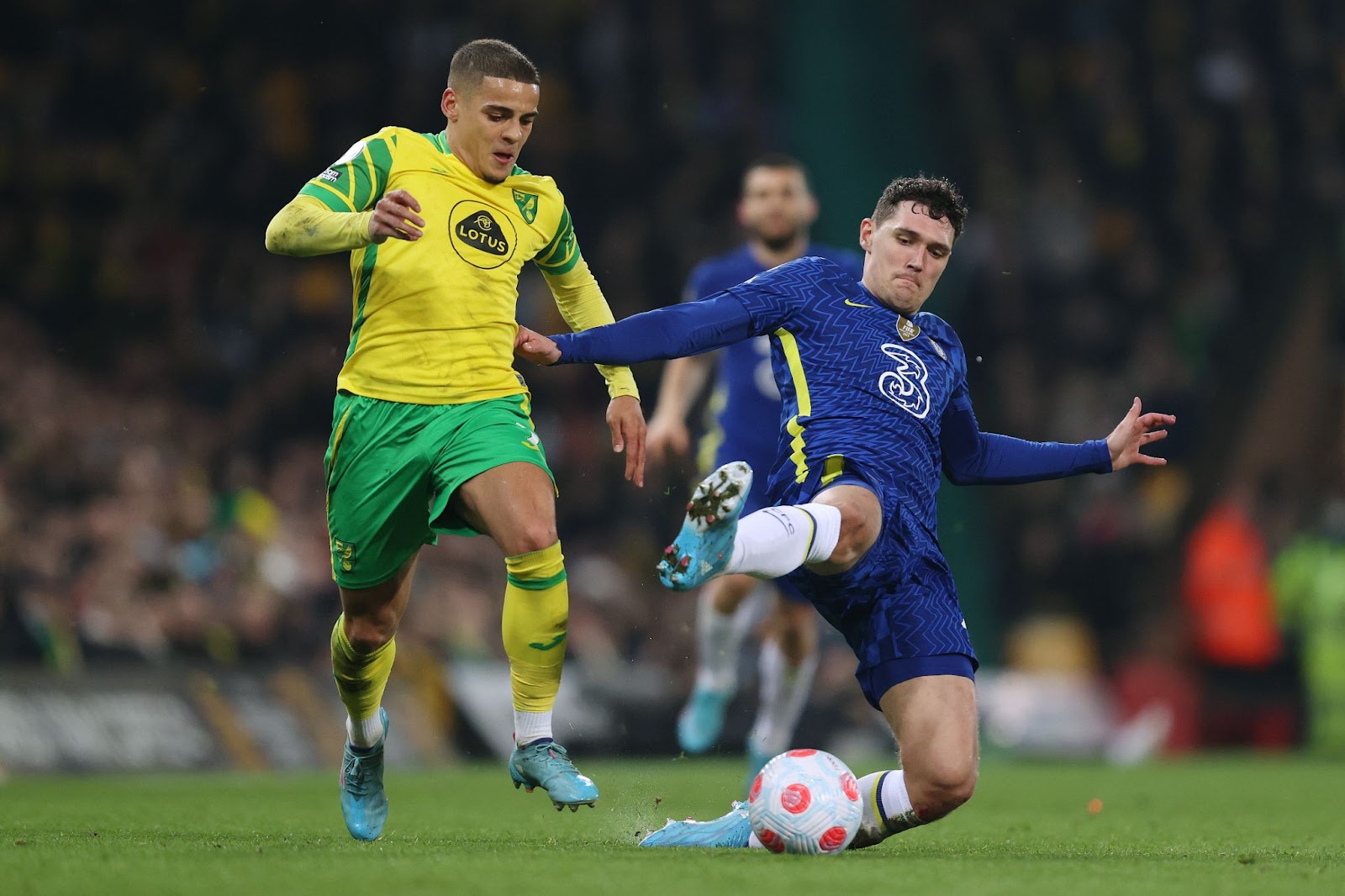