Renato Sanches to PSG... it's a great bluff; Paulo Dybala-Inter, time is running out. Robert Lewandowski's never-ending story. Here are some of the main stories of the last few days of the transfer market from TribalFootball's transfer expert Rudy Galetti.

At the beginning they were €30 million, then €20M, and at the end they became €10M. Each passing day, the PSG's offer for Renato Sanches seems to decrease in value.

The reason? Because probably a real and effective proposal doesn't exist.

AC Milan, which already have an agreement defined both with the Portuguese player (4-year contract at €3M + bonus per season) and with Lille (around €18/20M, bonus included), have been forced to slow down the finalisation of the deal due to delays in management renewals.

With the change of ownership and the advent of Red Bird, Mr. Cardinale, Paolo Maldini and Ricky Massara took time to make some assessments. But now that the signature on the contracts has been put in place, all the operations already planned can be concluded. All, except Sven Botman. 2 weeks ago, we said that he should choose between heart and money.

Unlike PSG with Sanches, in the Botman's story Newcastle's offer of €40M was true and real, higher than that made by AC Milan, as well as the proposal to the Dutch player (€5M by the English club against 3 million by the Rossoneri): so, he chose the money. Renato Sanches, on the other hand, preferred the heart, because he wants to join the Rossoneri. And he also confirmed it on Instagram: "Choose what's good for your soul, not your ego". 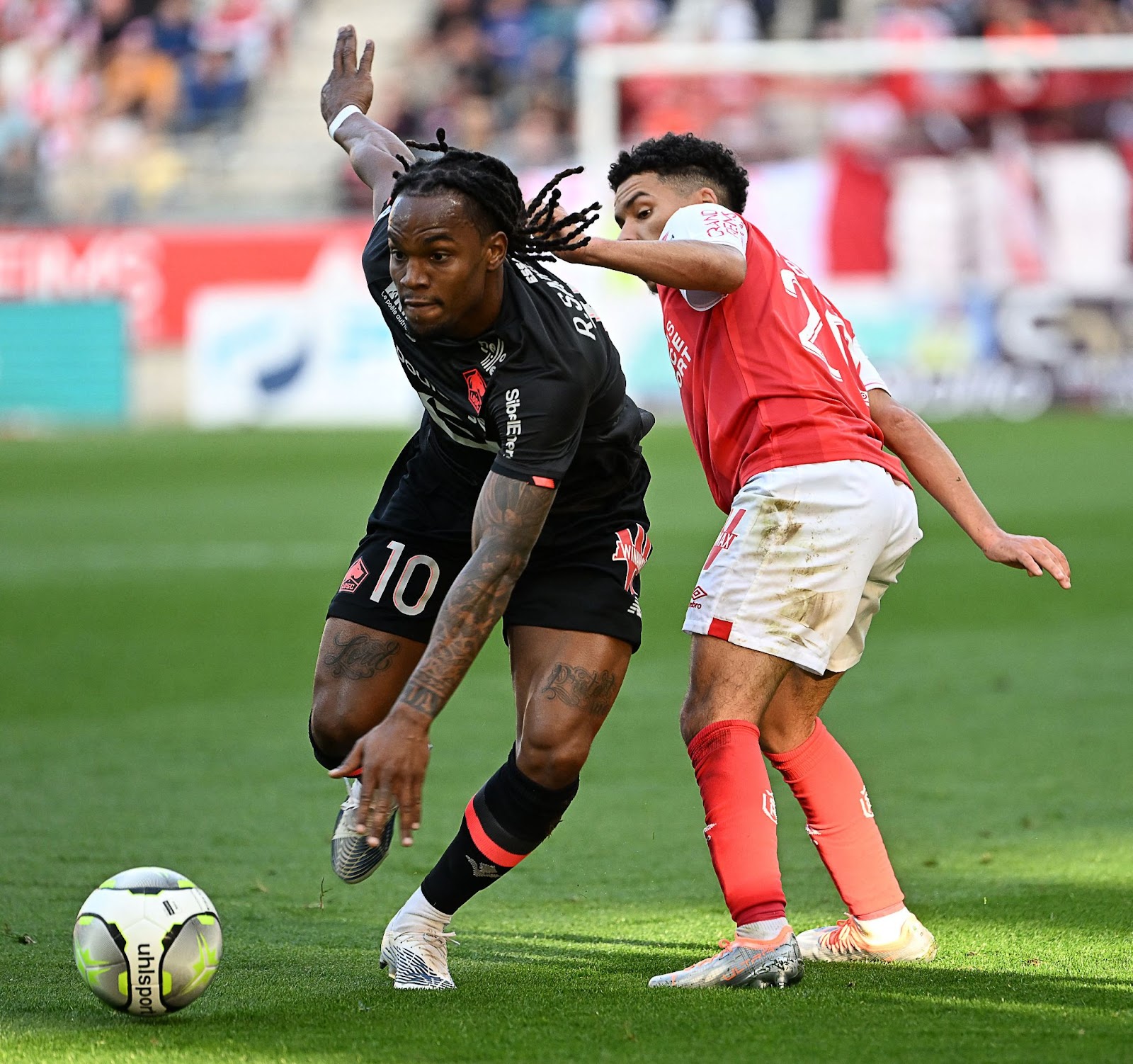 We have told it several times...

Inter's CEO Beppe Marotta would be ready to make a concrete offer to Paulo Dybala, but the financial condition of the Nerazzurri and the players release still to be defined in attack, doesn't allow him to do it already.

If now we also add the return of Romelu Lukaku - who has become the priority over everything else - here is that the times for the marriage between Inter and Dybala threaten to become really too long. And as happens in these cases, someone could interfere with the negotiation and be a buzzkill. A name? Of course AC Milan.

For the moment, officially there are only denials, but the Rossoneri have been talking with Jorge Antun for some time. First contacts in March, when things were already not going well between the Argentine and Juventus, then a new contact in April, when Maldini directly called Dybala's agent, and finally, a few days ago, when the Rossoneri talked to his entourage again.

Nothing concrete yet, but without good (and quick) news from Inter's side, the conversations could become hot. In a possible negotiation between the Rossoneri and Paulo Dybala, however, there is already a big obstacle: Antun's high commissions requests. AC Milan don't compromise on this aspect: the future of Dybala is still to be decided.

Real Madrid have to redo the look in attack, but there is an obstacle: Antonio Conte

Gareth Bale is no longer be a Real Madrid player. Isco will join him in a few days, Marcos Asensio has many fans in Europe and doesn't seem to be that far from leaving Bernabeu, Luka Jovic is very close to Serie A, with Fiorentina finalising the loan of the striker. Carlo Ancelotti, after this summer, will have his attack halved and necessarily some purchases will be needed to give the Italian coach the right alternatives to defend the title won in La Liga and in the Champions League.

Heung-min Son is one of the names in the Blancos' list. The Tottenham striker - who this season won the top scorer in the Premier League, together with Mohamed Salah, with 23 goals (and 9 assists) - has all the characteristics of a five-tool player requested by Ancelotti.

The problem, however, is linked to another Italian coach, Antonio Conte.

12 months ago, when Inter - in the person of President Zhang and CEO Marotta - have explained the sales plans of the most important players (such as Lukaku and Hakimi), he left the Nerazzurri boat (with a lavish severance pay) without a commander-in-chief.

We dare not imagine what he might do if chairman Daniel Levy or Fabio Paratici advanced the hypothesis of selling Son... the Bill Nicholson Way could become a time bomb. 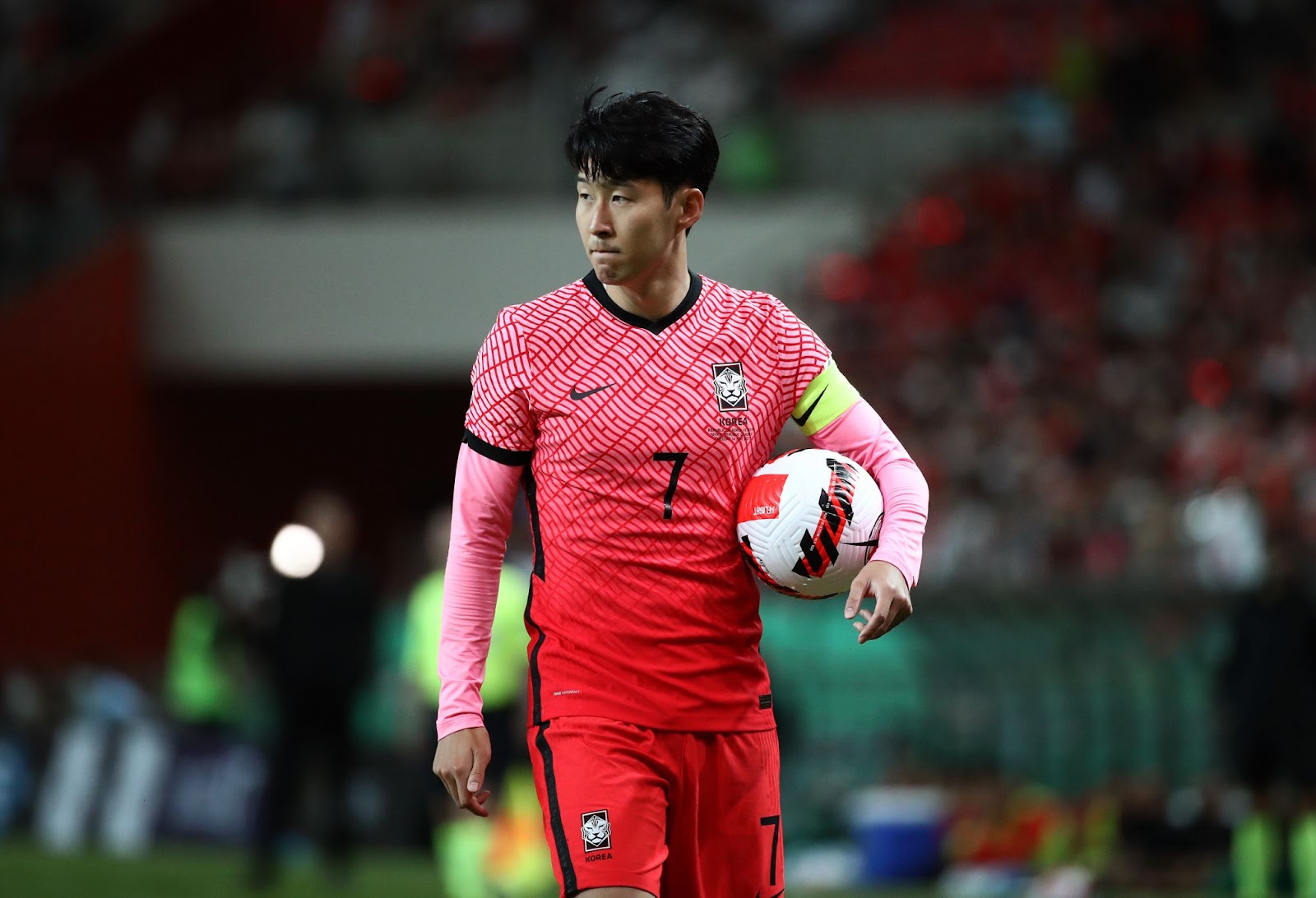 Napoli courted him until the last for the renewal of the contract, Real Madrid and Atletico Madrid asked for information to his entourage, but in the end, David Ospina decided to accept the Al Nasr's proposal. A two-year contract for about 3,5 million per season, in addition to an interesting signing bonus.

Contacts with the Saudi club began last January, with the offer, rich for a player at his age (Ospina is almost 34 years old), immediately put on the table. The Colombian goalkeeper took a few months for reflection, but already at the beginning of March the percentages of Al Nasr were growing, with Ospina seriously thinking about the Saudi Arabia opportunity for his future.

And so it was. Between settling into smaller teams in Europe that would have guaranteed him the starting spot on the pitch (but a much lower salary) or going to a big one club to play just little and stay many times on the bench, the now former Napoli player preferred to maximise economically his final part of career.

At Al Nasr he will find Rudi Garcia on the bench - after a long courtship, the French manager accepted the proposal of the Asian club as well - and especially a football legend like Renè Higuita - compatriot of Ospina - as goalkeeping coach. In addition to the money, perhaps, one more reason for choosing Al Nasr. 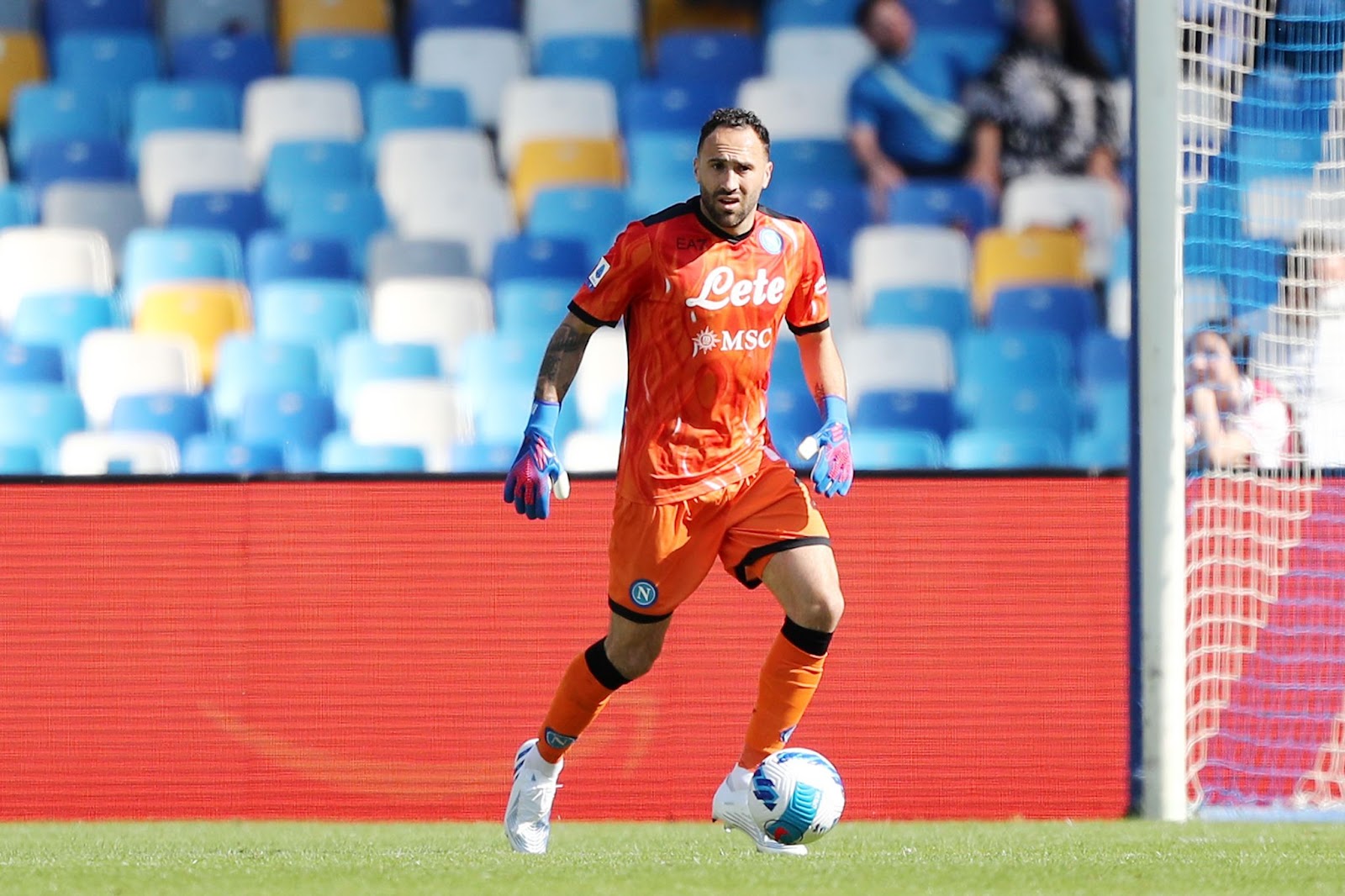 Lewandowski: a soap opera (perhaps) without a happy ending

"My era at Bayern is over. I don't see any possibility to continue playing for this club. Bayern's a serious club and I believe they won't keep me. I don't want to play there anymore. A transfer is the best solution. I hope they don't stop me".

These were the statements made in Warsaw in late May by Robert Lewandowski. You will all remember that few hours later, Bayern Munich CEO Oliver Kahn has criticised the Poland striker over his comments on wanting to leave the club. But so far, everything is normal in the party game.

The real mistake of Lewa, however, was to believe that Barcelona really had the economic strength to be able to buy him. At the moment, Barca don't have it: just think that the Spanish club is still pending the registration of the transfers of Kessie and Christensen who, now, are looking around for fear of remaining dismounted, without a team.

Currently the worst position is that of the Polish forward: given today's situation, there is a risk of being stuck at Bayern until the end of 2023, and the percentage is also high.

The statements of the President of LaLiga, Javier Tebas: "They (Barcelona) know the numbers and how much they can get, so they can buy Robert Lewandowski, Bernardo Silva and whoever they want" at the moment don't completely represent reality, because until the completion of exits, the purchasing power of Barca is limited.

And, to date, there are no other really interested teams in Robert. The Lewa era at Bayern is over? Maybe not. 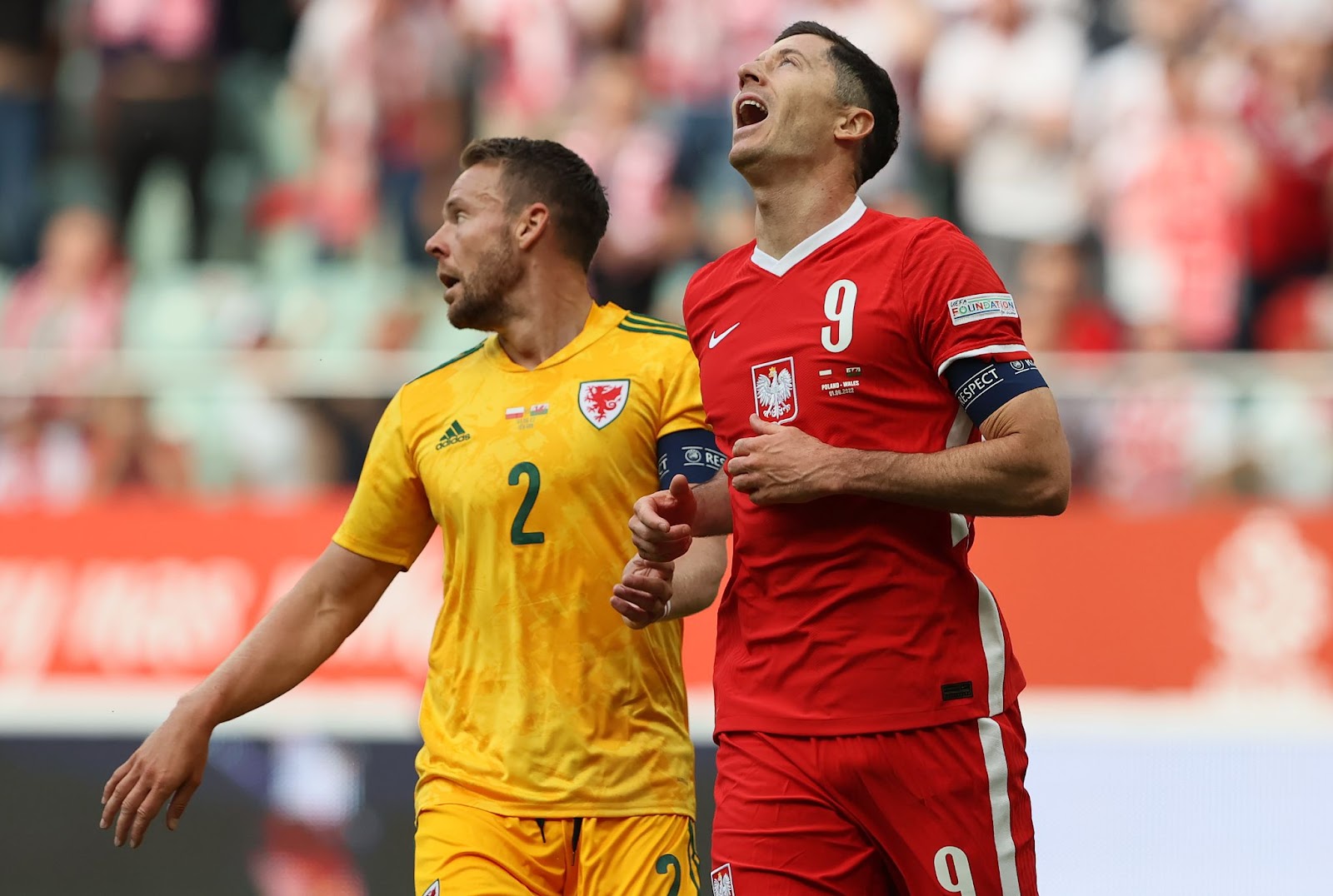