AC Milan are at the final stage for Divock Origi. Juventus think of Gabriel Jesus in the event of Alvaro Morata's farewell, while Paulo Dybala's future travels on an Argentine track. Here are some of the main stories of the last few days of the transfer market from TribalFootball's new columnist, transfer expert Rudy Galetti.

It is all going as we anticipated...

We told you these weeks would be crucial to reach a verbal agreement between AC Milan and Divock Origi for the next season.

And so it was: during the break for the national teams, the Rossoneri and the entourage of the Belgian striker met to define the agreement on the personal terms. €4million net (€3,5M plus €500k bonuses) for 4 years (3 + 1 year option) for the Liverpool's forward.

We can already say deal done? Not yet, the parties are working on the final points to refine the agreement. Writing last details, reading agent fees and signing bonus.

Only few aspects left to discuss for a deal that seems to be approaching the home stretch. The agreement is in the pipeline. In the next days a new meeting is scheduled and white smoke could emerge. All said and done! 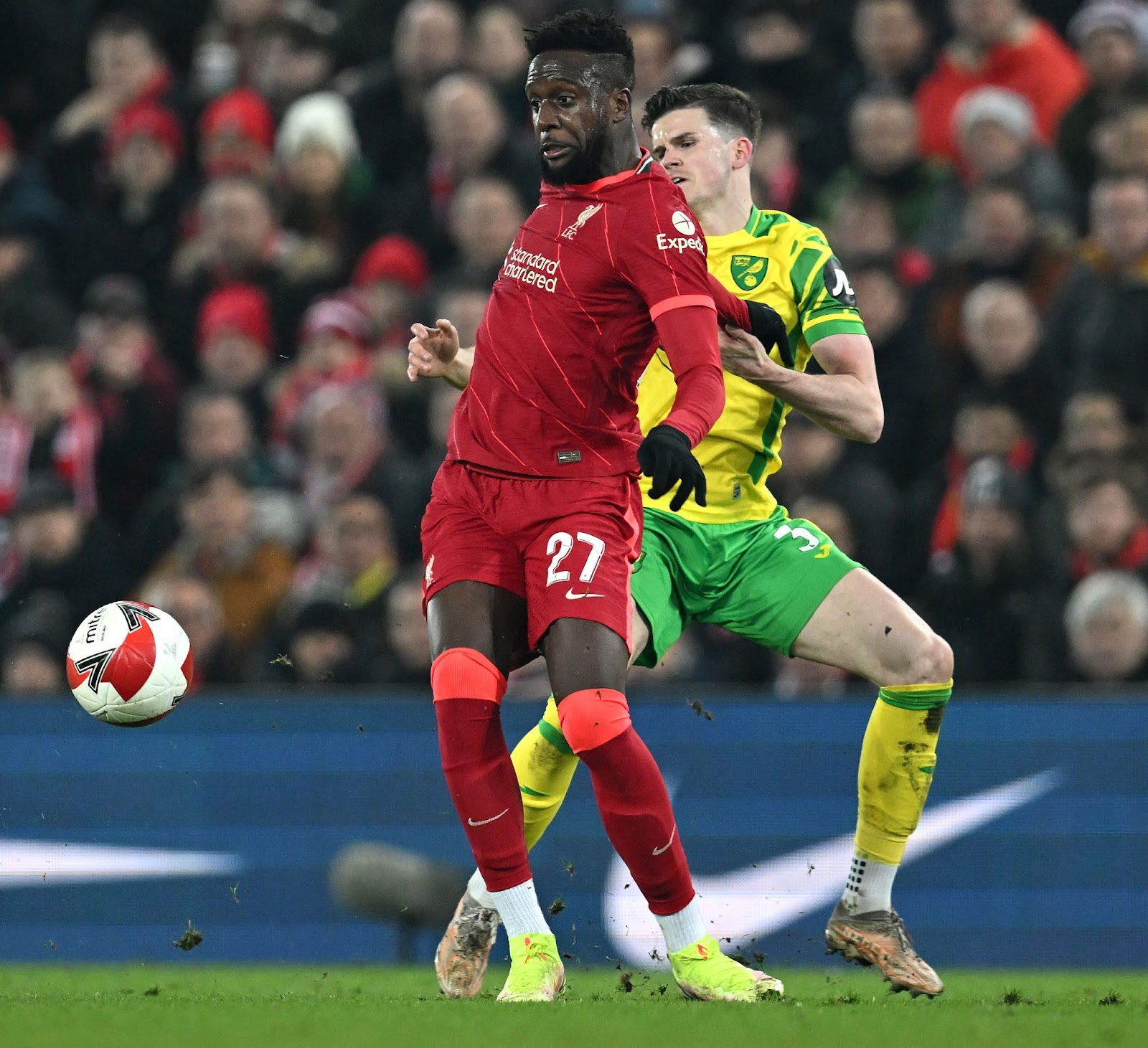 The Bianconeri have reignited their interest in their long-time transfer target, Gabriel Jesus.

After Paulo Dybala's official farewell at the end of the season, Federico Cherubini and Juventus' management are hunting for a versatile attacker who can either play as a centre forward or as an outside striker. That's why they are carefully monitoring the Brazilian player once again, whose contract with Manchester City runs until 2023.

Could this summer be the right time for a connection between Vecchia Signora and the striker? Probably yes. Even if the Brazilian remains a part of Pep Guardiola's plans, the arrival from River Plate of the star Julian Alvarez in June, will surely cast a shadow on to the 24-year-old, who has been at Man City since 2017.

The Citizens, on the other hand, could end up letting Jesus leave in case of a suitable offer on the table. The race is open, however, before going for Jesus, Juventus will try to confirm Morata in Black and White. In the next weeks, then, the Italian management will surely meet Atletico Madrid to formally request a discount on the Spanish forward's buy-option. 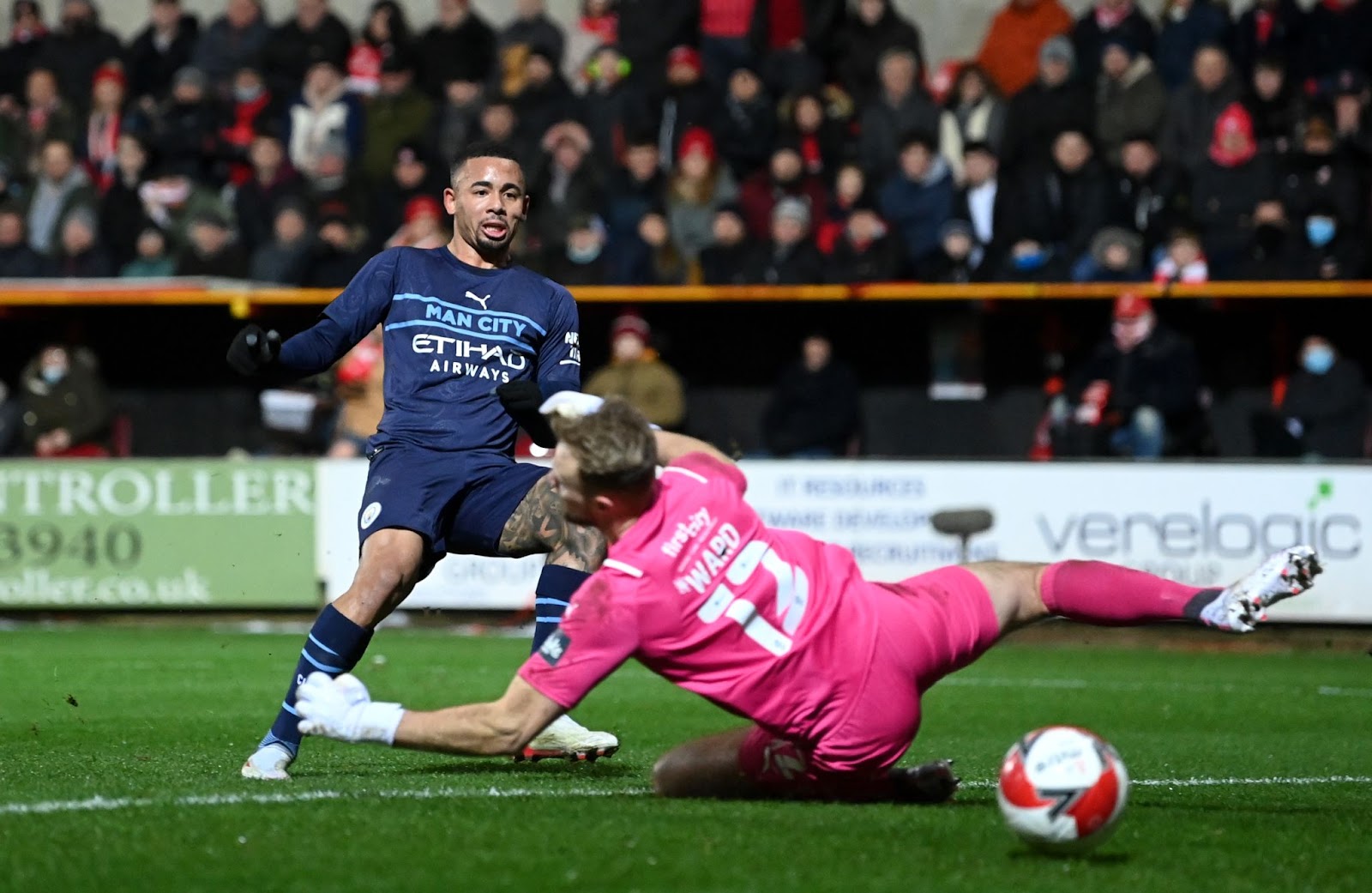 Dybala - tangoing towards the future...

What is certain in Paulo Dybala's future is that he won't be a Bianconero no more.

The offer received by Juventus is considerably lower than the October one – 10 million including bonus – enough to rattle Antun, the agent, and his client. The two have decided to leave Turin as soon as they figured out they would not be part of Juventus' sports project.

So now the question is: from where will Paulo's career take off?

The first team who expressed an interest in the talented Argentine player were Barcelona. Already at the beginning of February, Mateu Alemany engaged in contacts with Jorge Antun to scan feasibility and costs of a free agent's operation at the end of the season.

After an explosive start, the Blaugrana are now taking time, pausing the conversation. In the meantime, Atletico Madrid stepped up, also driven by the increasing requests of Cholo Simeone, who appreciates his countryman immensely. However, there's been only a basic exchange of information, nothing more than this.

Those who seem serious about Dybala's issue are Inter. Beppe Marotta would be ready to make a concrete offer to convince Paulo. The idea is a 4/5-year contract set around €7,5/8M+€3/4M bonus per season.

The first meetings with the parties went well and the CEO of the Nerazzurri is confident of taking Paulo on board. Before sinking the final blow, however, Inter must solve an internal affair, concerning Lautaro Martinez.

To welcome a star like Dybala, there must be room on the team and El Toro's farewell could surely make the operation more sustainable. That's why Marotta is waiting for a new Tottenham move. After declining Spurs' summer proposal, now Inter is ready to say goodbye to his striker and roll out the red carpet for Paulo. 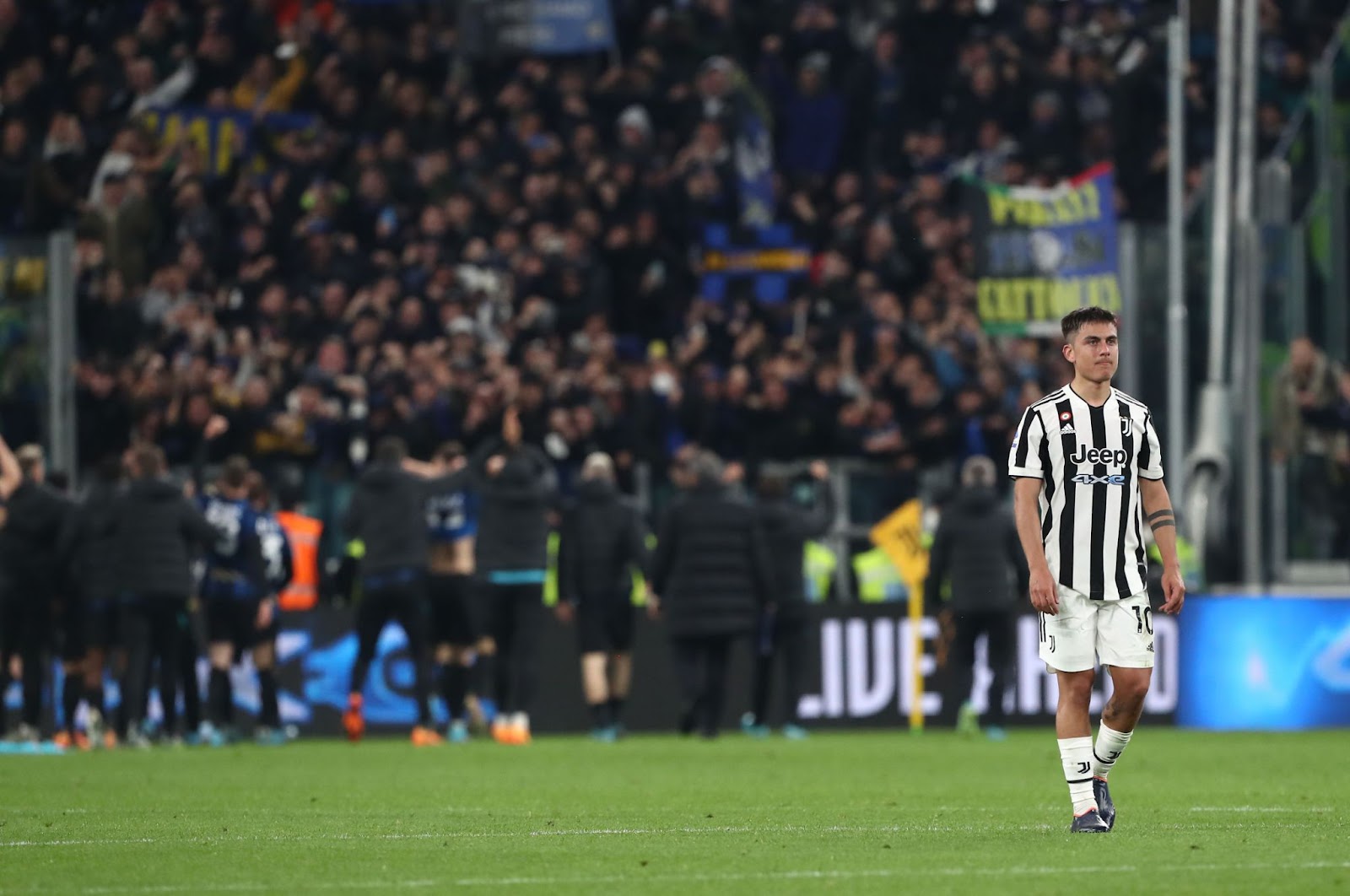 After reinforcing the squad in winter with two signings from Juventus, Rodrigo Bentancur and Dejan Kulusevski, Tottenham are now chasing for another Vecchia Signora's top player, Juan Cuadrado.

Spurs got in touch with Alessandro Lucci – the Colombian's agent – to obtain some information. Spurs director Fabio Paratici knows very well Cuadrado, who has been a part of Juventus for over four and a half years now, 3 of which spent with the Italian manager. During his time at the Serie A club, the Colombian, formerly a winger, has transformed himself into a ductile player on the right-hand side, becoming a point of reference for Max Allegri, Andrea Pirlo and Maurizio Sarri.

At Tottenham, former Juve coach Antonio Conte would surely need a player like him to strengthen the right side of the pitch. It's no coincidence that the Italian coach has been crying out for a new right-back ever since being appointed on the Tottenham bench, and even now Conte remains unsatisfied of Emerson Royal – just to give a name.

That's why in London they're working hard to get Cuadrado. For now, the Colombian player remains keen on extending his contract with Juventus, but he could be forced to leave the club if the two parties fail to reach an agreement. The next few weeks will tell us more on his future, but Paratici would be glad to welcome him. 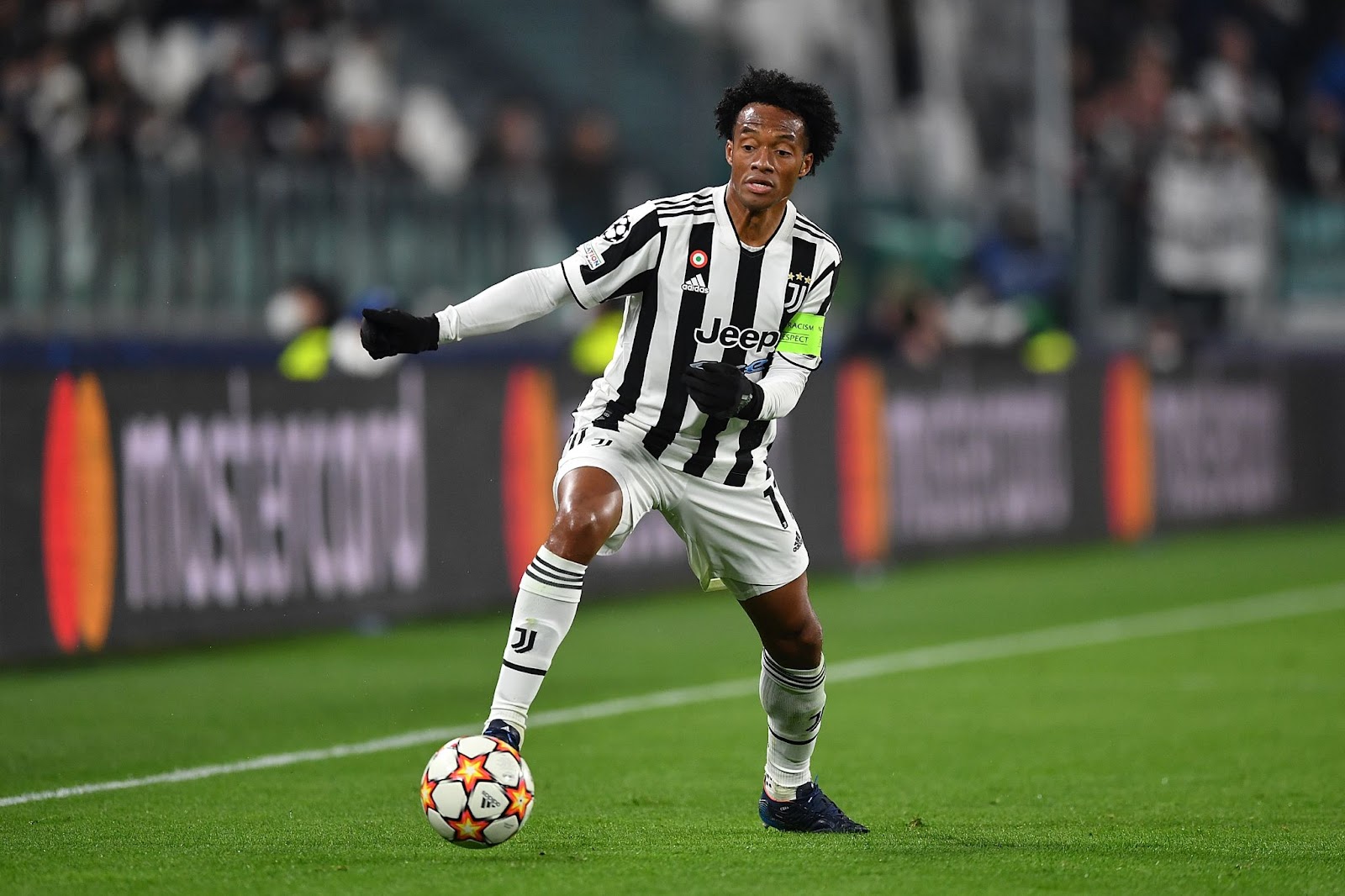 It's pretty much done: Lazio centre-back Luiz Felipe is close to signing with Real Betis as a free agent.

The 24-year-old will not renew the contract with the Biancocelesti, after rejecting - last February - the president Claudio Lotito's latest offer of around €2 million per year. Lazio didn't want to make him a more valuable proposal, flustered by his frequent inconsistent performances and lapses in concentration.

On the contrary, the Spanish club decided to bet on him, pleasing Felipe with a large figure, greatly enhanced by bonuses. This is one of the reasons why the player, who recently joined the Italian National Team, has decided to accept a 4-year contract with a salary set at over 3 million per season proposed by the Sevillians.

Contact with the Spaniards have been going on since last September> After having had an interview in autumn with Antonio Cordon, Real Betis' director of football, the centre-back was also attracted by Verdiblancos project and his intention was clear from the beginning.

During the last weeks also Inter tried to change his mind with a rich offer of around 3,5 million + bonuses, even if not all of them were easily achievable. And so the die is cast. The player has definitely decided to head to La Liga and his entourage is at work to arrange the last details of the contract before the official sign off. 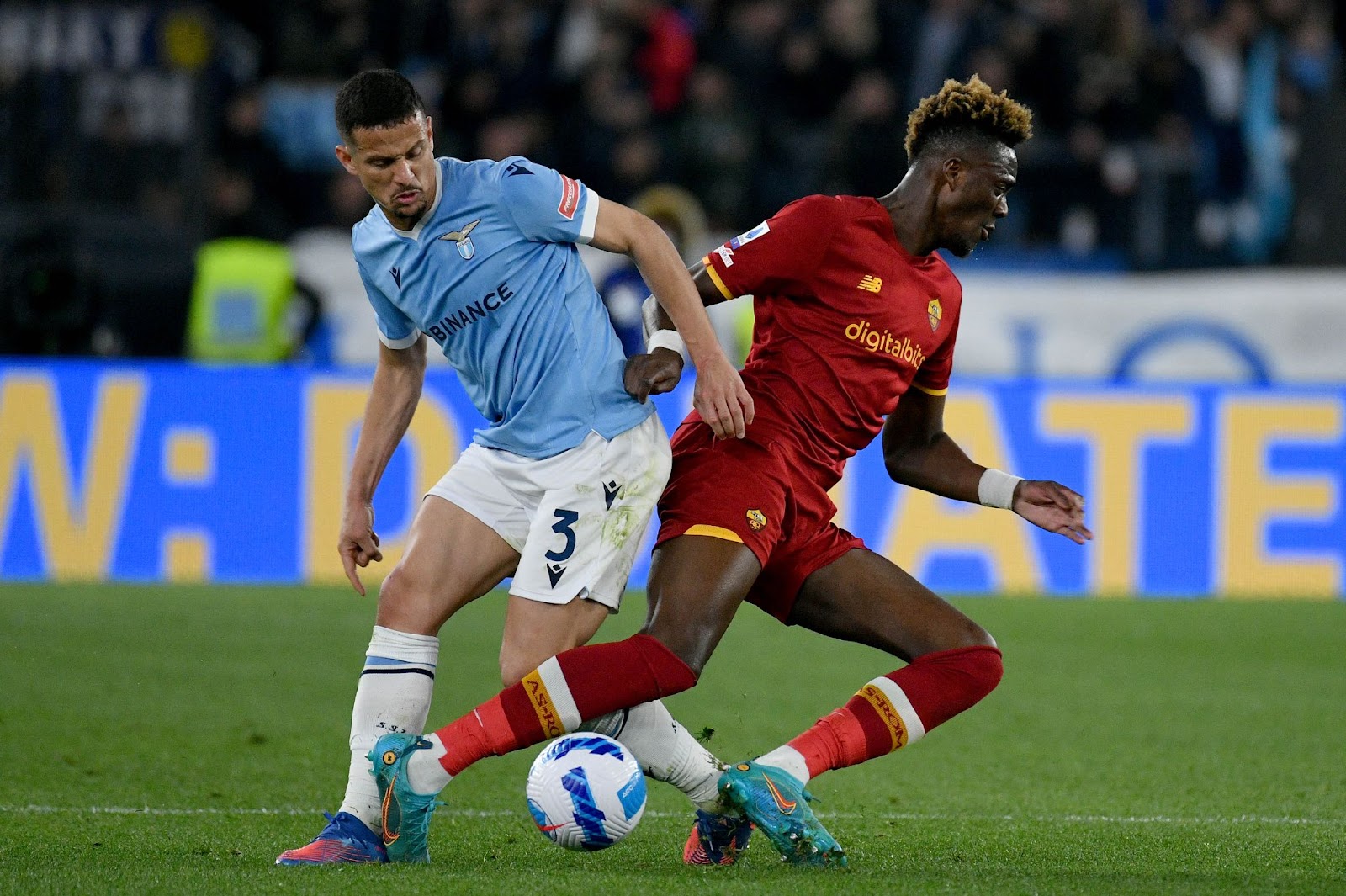