English sirens for Milan Skriniar; Rafael Leao, that's why AC Milan said no to Chelsea; And Victor Osimhen could become a Spurs player. Here are some of the main stories over the last few days of the transfer market from TribalFootball's transfer expert Rudy Galetti.

Skriniar, keep an eye on Premier League if the renewal with Inter won't arrive

We talked about it a few weeks ago, the discussions between Inter and Milan Skriniar, for the renewal of the contract, is still going on. On the table, for the Slovak centre-back there is the same proposal – since last June – of around €6m per year plus bonuses which, however, has not convinced all interested parties.

Marotta and the entourage of the player - whose contract will expire in 2023 - are still working to reach a compromise that binds the defender to the Nerazzurri until 2027. An agreement that, after rejecting PSG's attacks this summer, seemed very close but that is now taking longer than expected. This is exactly why there are some English clubs - including Chelsea - that are carefully monitoring the situation: Skriniar is open to considering offers from Premier League if an agreement for the contract renewal with Inter cannot be reached.

The club of President Zhang has been warned. If there will not be a speed up in the renewal negotiations in the short term, a possible sale also in January cannot be excluded to avoid losing a player of his value as a free agent. Especially for a club with a disastrous financial situation like Inter, such a thing would not be acceptable. 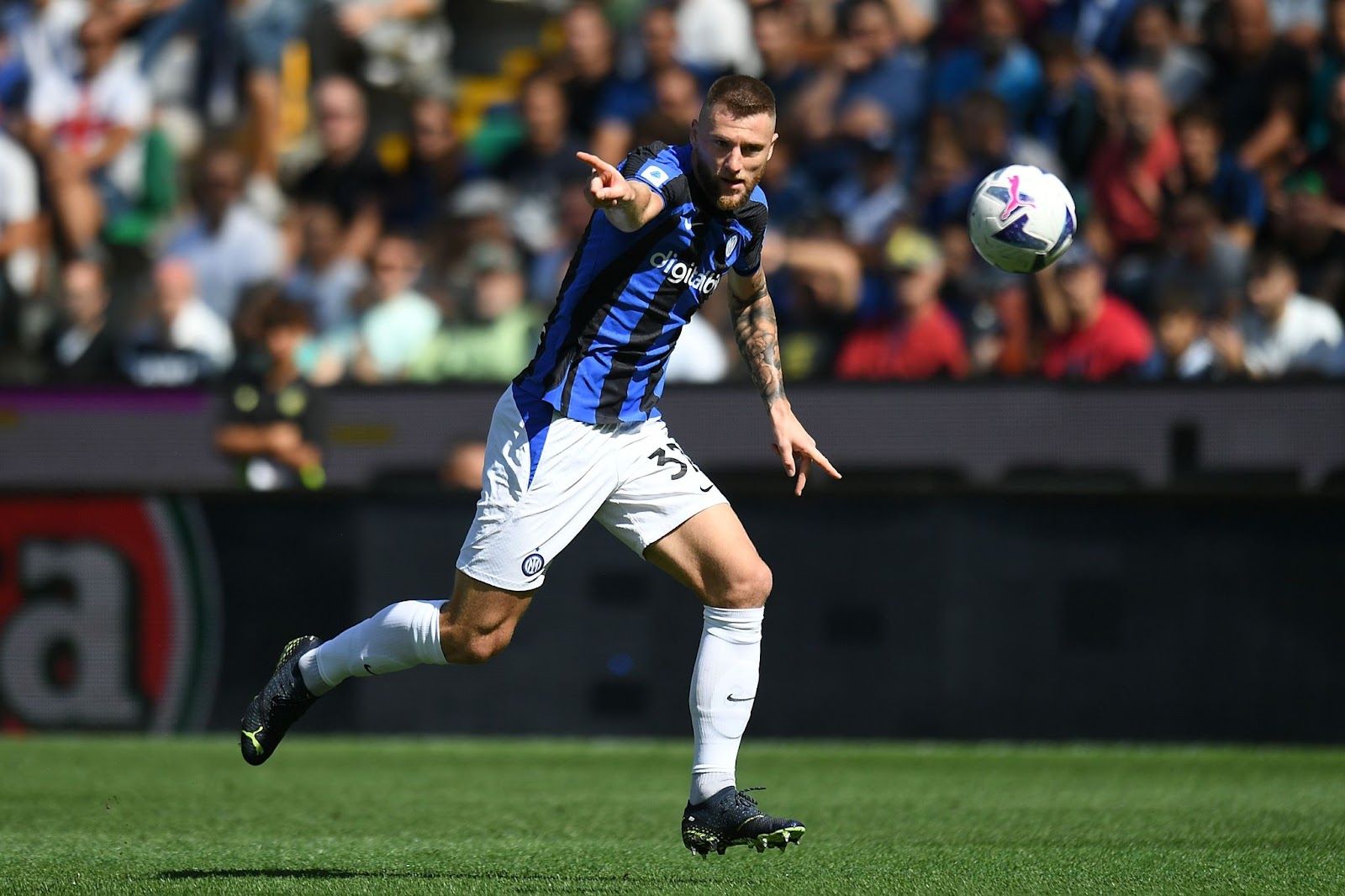 Tottenham continue to follow Osimhen as a possible replacement for Kane

It has been since last March that Tottenham have targeted Napoli striker Osimhen as a possible replacement for Harry Kane, in the event of his farewell.

The English striker, in fact, is closely followed by Bayern Munich which would do everything to bring him to the Bundesliga next season. A possible departure of Kane towards Munich could trigger a chain reaction, with Tottenham ready to sink the blow for Osimhen, with a possible initial offer of €80/85m. Bayern Munich - as confirmed in recent weeks - have made no secret of their interest in Kane, the real target of the transfer market for next year's attack.

However, Antonio Conte has already made things clear: if Kane were to leave Tottenham, the former Inter and Chelsea manager would want Osimhen. Conte appreciates the skills of the Nigerian striker so much that he would see him as the first alternative if Kane should go away. At the same time, Tottenham have not yet opened talks with the English striker, whose contract will expire in 2024. A situation therefore to be monitored, possible developments already after the World Cup, in the first part of 2023. 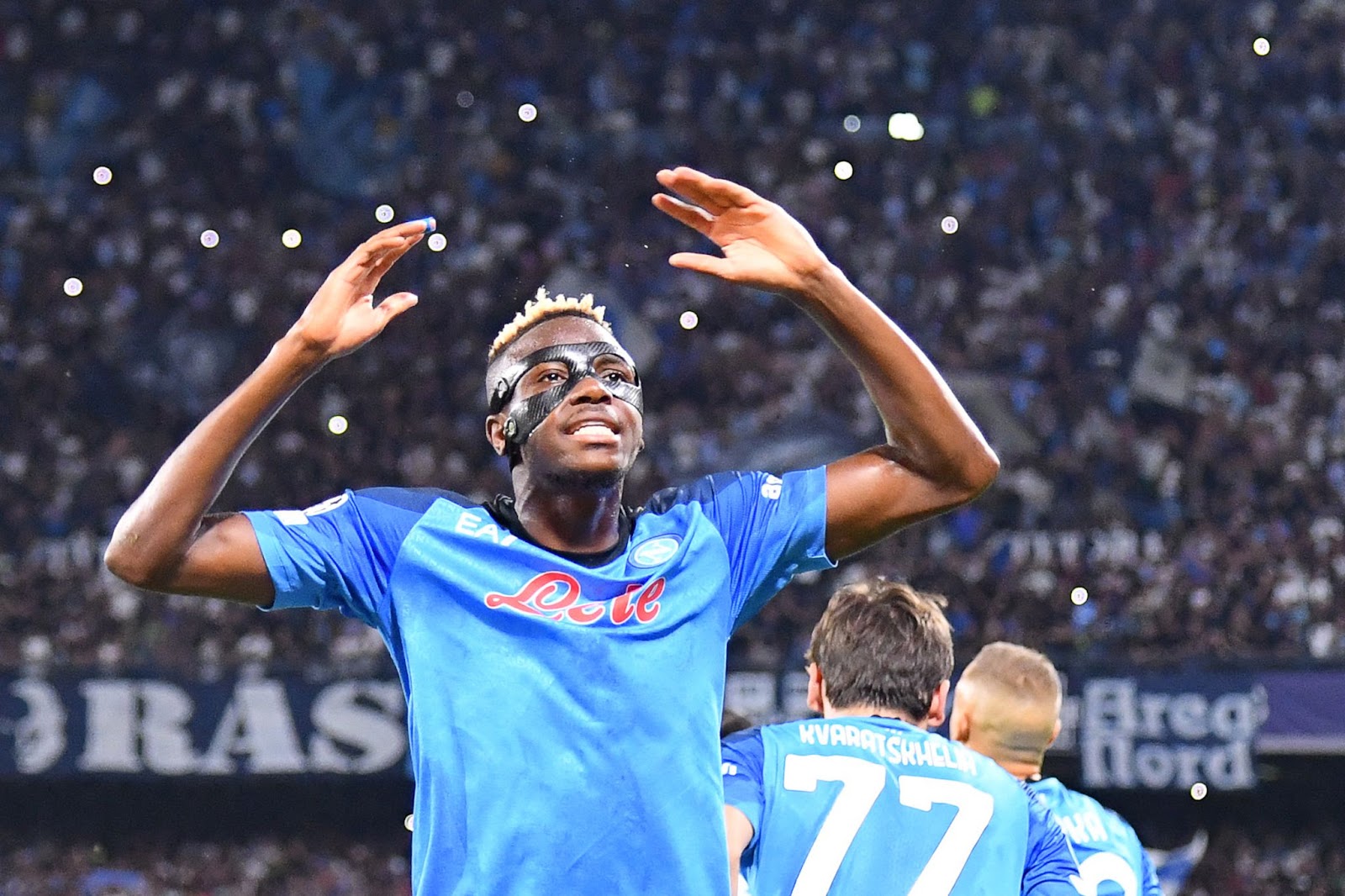 Leao, Milan said no to Chelsea even on the last day of the transfer market

Rafael Leao is definitely the best Milan player in this first part of the season. The Portuguese winger, with his talent and his goals, is leading the Rossoneri in the Serie A and in their Champions League group as well.

A fundamental player who in the last hours of the summer transfer market, Chelsea tried to snatch from AC Milan. This was confirmed by the director Paolo Maldini himself - who a few days ago - released these comments: "Chelsea haven't sent any official bid for Leão, but they made a verbal proposal that we rejected". All true. At the end of August the Blues made a last-ditch attempt to bring Leao to Stamford Bridge, offering AC Milan €80m + some players in the deal.

As told, Milan refused the proposal citing the €150m release clause as a value of Rafa who ultimately remained in Serie A and – as reaffirmed by Maldini as well – is one of the main elements on which the Rossoneri project is based. Additional backstory: the €19m breach-of-contract debt that Leao has to pay to Sporting represented an additional complication for Chelsea to raise a new "informal" bid to AC Milan. 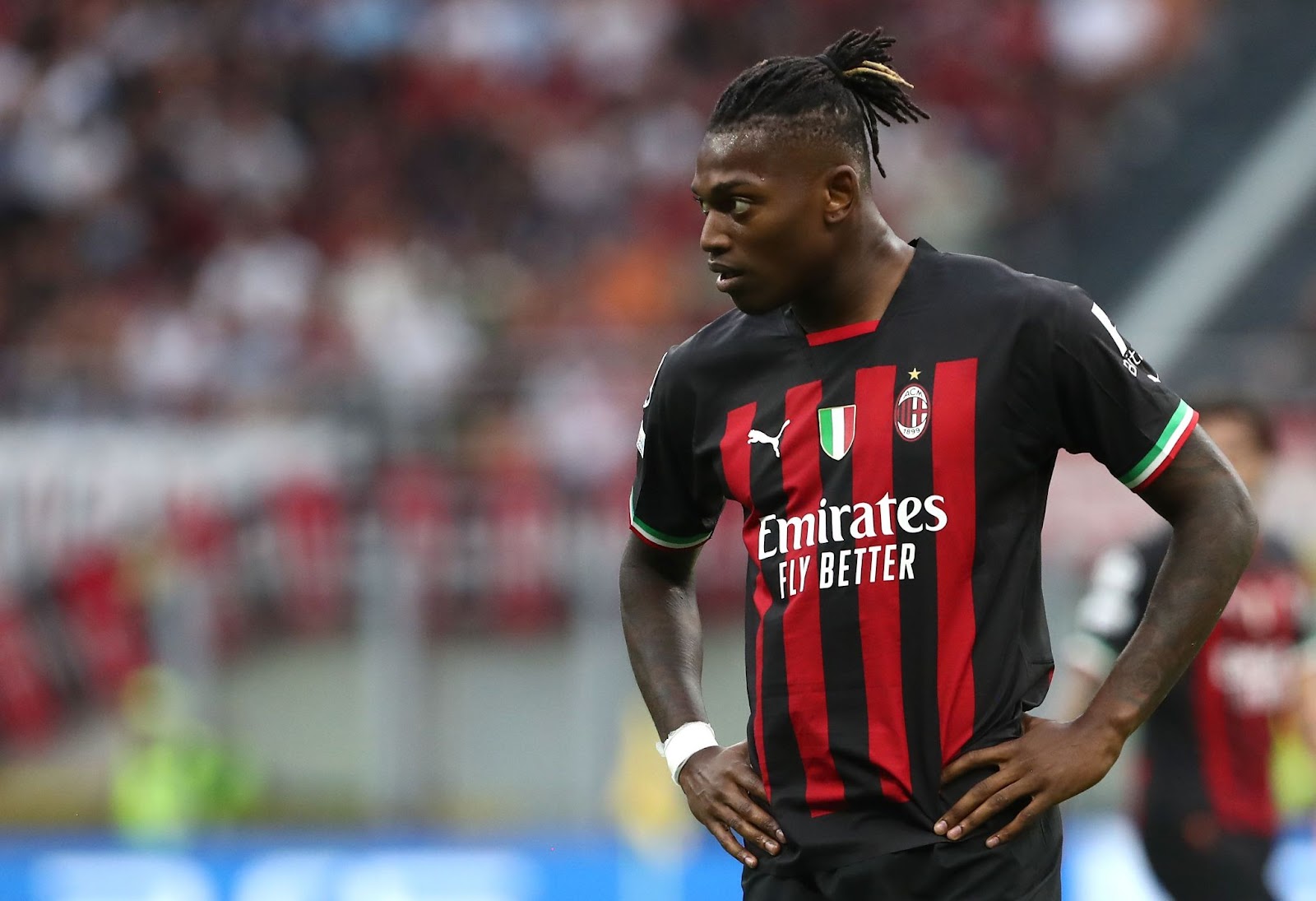 Allegri, hot – but solid – bench, thanks to his onerous contract

"Will you pay the other one who comes?", with these words Juventus CEO Maurizio Arrivabene replied to a fan who was asking for Max Allegri's sacking.

Certainly, the Juventus coach didn't started off the best this season: 2 defeats in 2 Champions League matches that could compromise the qualification to the round of 16, -7 points from the Serie A leaders and, above all, a game that doesn't work.

However, Allegri's position still seems to be solid, thanks to his very onerous contract. Yes, because Massimiliano Allegri is the highest paid coach in Serie A together with Jose Mourinho. An agreement worth 7 million net per year, around 13 million gross per season - plus bonuses linked to results - that will expire in 2025. A commitment of approximately 52 million, plus variable costs.

That is why today, for Juventus, sacking the coach would mean blowing up around 60 million euros. An expense that the Bianconeri - in this first year of the settlement agreement with UEFA - cannot afford, also in light of the latest report that indicates a loss of 132 million euros in the period January-June 2022 which would bring the overall losses of the financial year 2021/22 to more than 250 million euros. However, if things don't improve, Andrea Agnelli will be forced to find an alternative. The first name on the list was Roberto De Zerbi, but on Monday he has been officially announced by Brighton. By now, Allegri can breathe a sigh of relief. 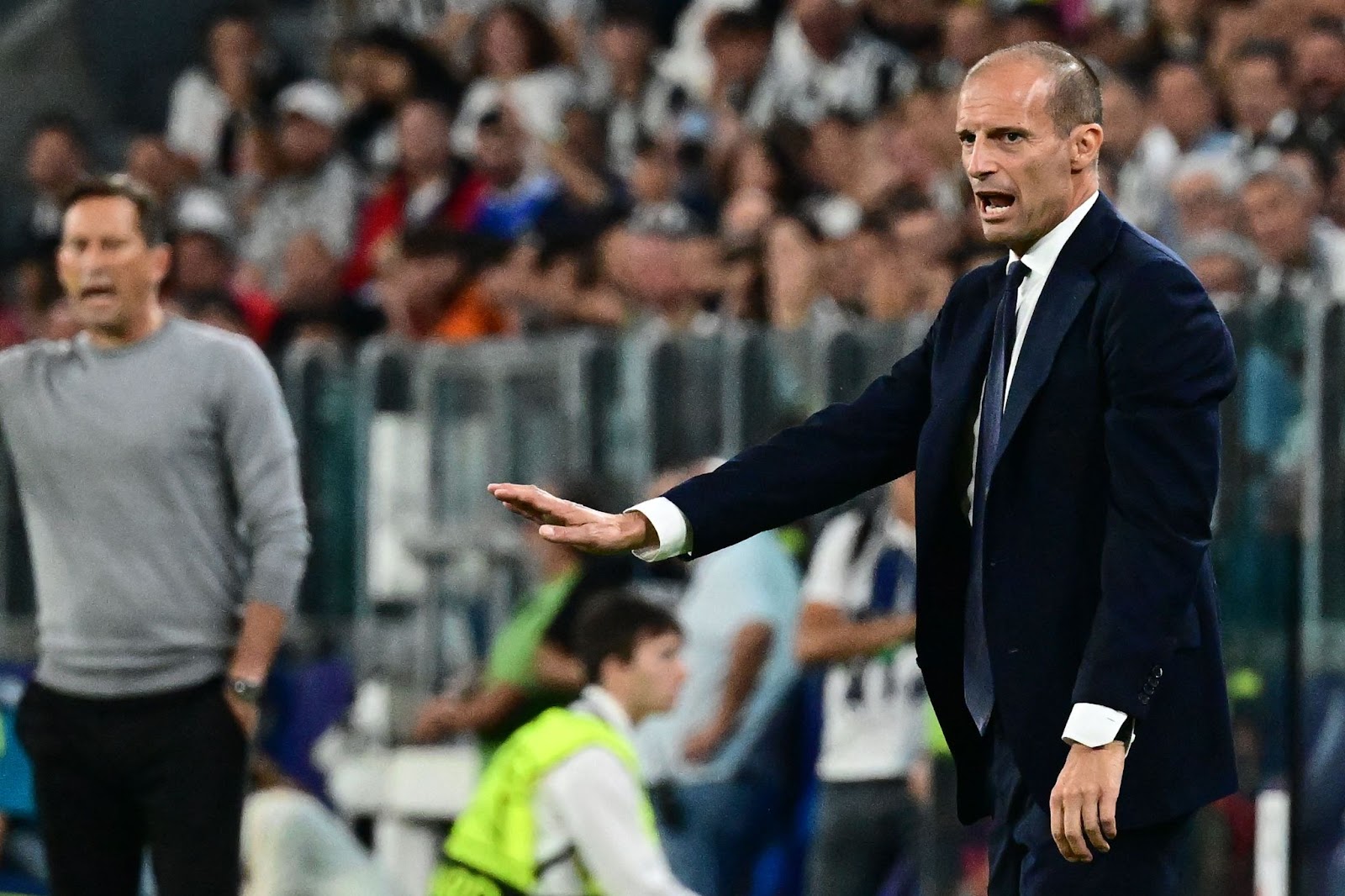 Zaniolo: one step away from the contract renewal with Roma

"I didn't experience a particular summer, every year I have to go here and there, and in the end I stay in Rome. It's you of the press that daydream about my future." With these words Nicolò Zaniolo rejected every rumour about his potential farewell to Roma during the last transfer market session.

Not only words. The Italian midfielder seems really motivated to wear the Giallorossi jersey even in the future. And it's no coincidence that the negotiations between the player and the Italian club for the renewal of the contract - expiring in 2024 - are proceeding apace. So fast that the feeling is that already during the World Cup break we could get to the white smoke.

Indeed, the parties seem to be getting closer and closer to finding a definitive agreement for the future of the Roma player: on the table a three-year offer - with the option for the 4th year - of 4m + bonus per season that seems to get everyone to agree.

Obviously, there are still some details to be defined, but the will of Roma and of the player is to continue together in a project made up of victories and satisfactions. The Friedkins want to make Roma great again and, according to their plans, one of the key players can only be Zaniolo. 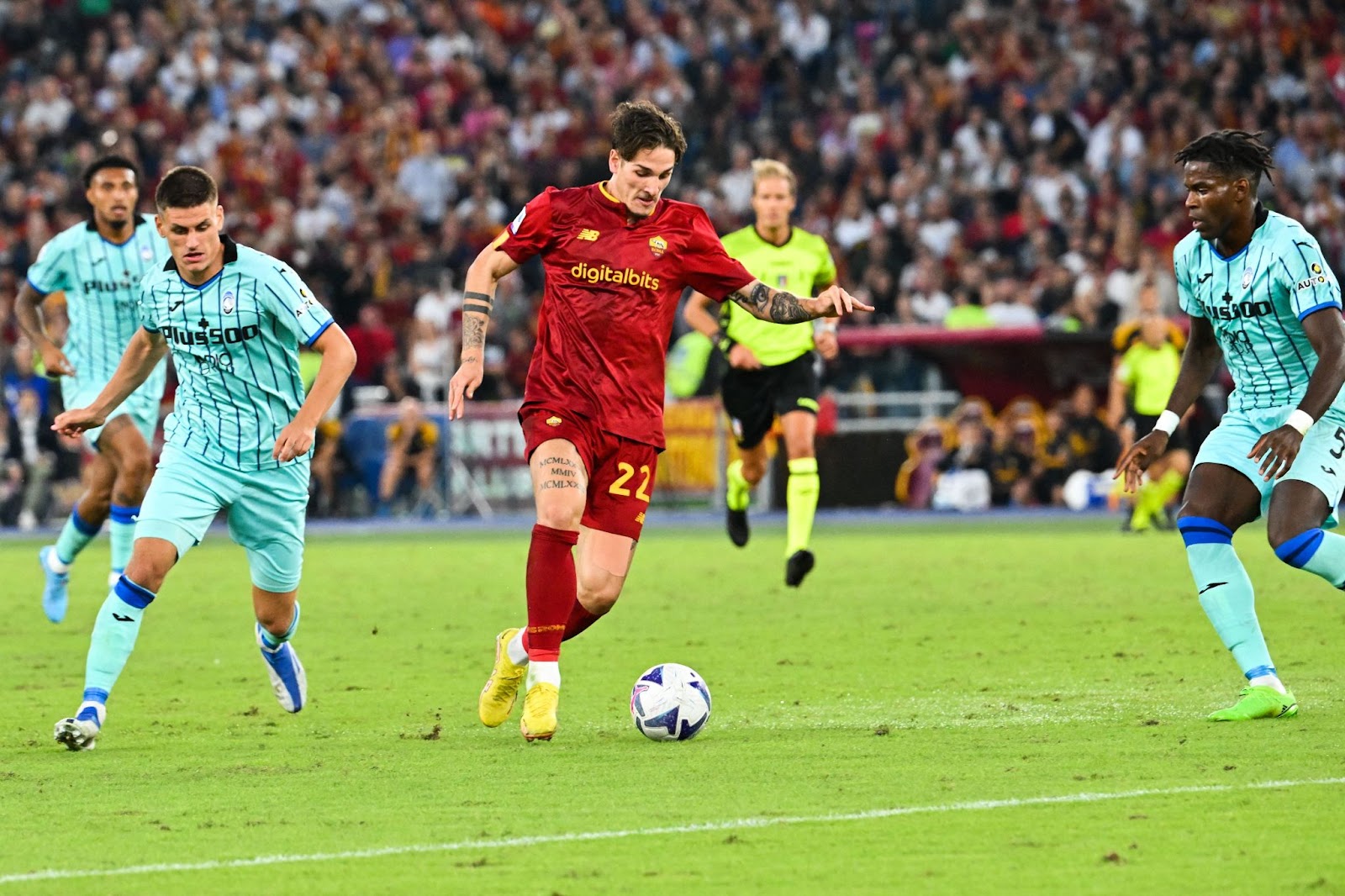