Mbappe's future becomes a merry-go-round, AC Milan are fascinated by the redundancies of Real Madrid, who resumed contact with Rudiger. Here are some of the main stories of the last few days of the transfer market from TribalFootball's new columnist, transfer expert Rudy Galetti.

Maldini is going to give AC Milan and coach Pioli a high-sounding name. This is because in recent days there was an inquiry from the Rossoneri director to Gareth Bale's entourage to understand his requests in terms of salary and especially his intentions beyond the summer.

The Welshmen's contract with Real Madrid, in fact, expires at the end of the season and after a public fallout between the parties, Bale is looking for a next destination, which could also be off the pitch if his decision will be to retire from football.

It is no surprise that Maldini has contacted a luxury free agent. Last year, the former left-back spoke with Sergio Ramos by telephone. On that occasion, the salary request of the Spaniard (around €10M) - who then chose PSG that gave him even more money - was considered out of reach.

So Bale, but not only. Now, AC Milan, always on the Milan-Madrid axis, are also trying for Marco Asensio. Another phone call from Maldini - already in May 2021 - had started the first contacts. The main issue, even in this case, is the wage requested. Rossoneri have already made an offer of around €5M, but the attacking midfielder's entourage is asking for at least €7/8M.

That's why – at these economic conditions – Bale and Asensio remain only a mirage for AC Milan. 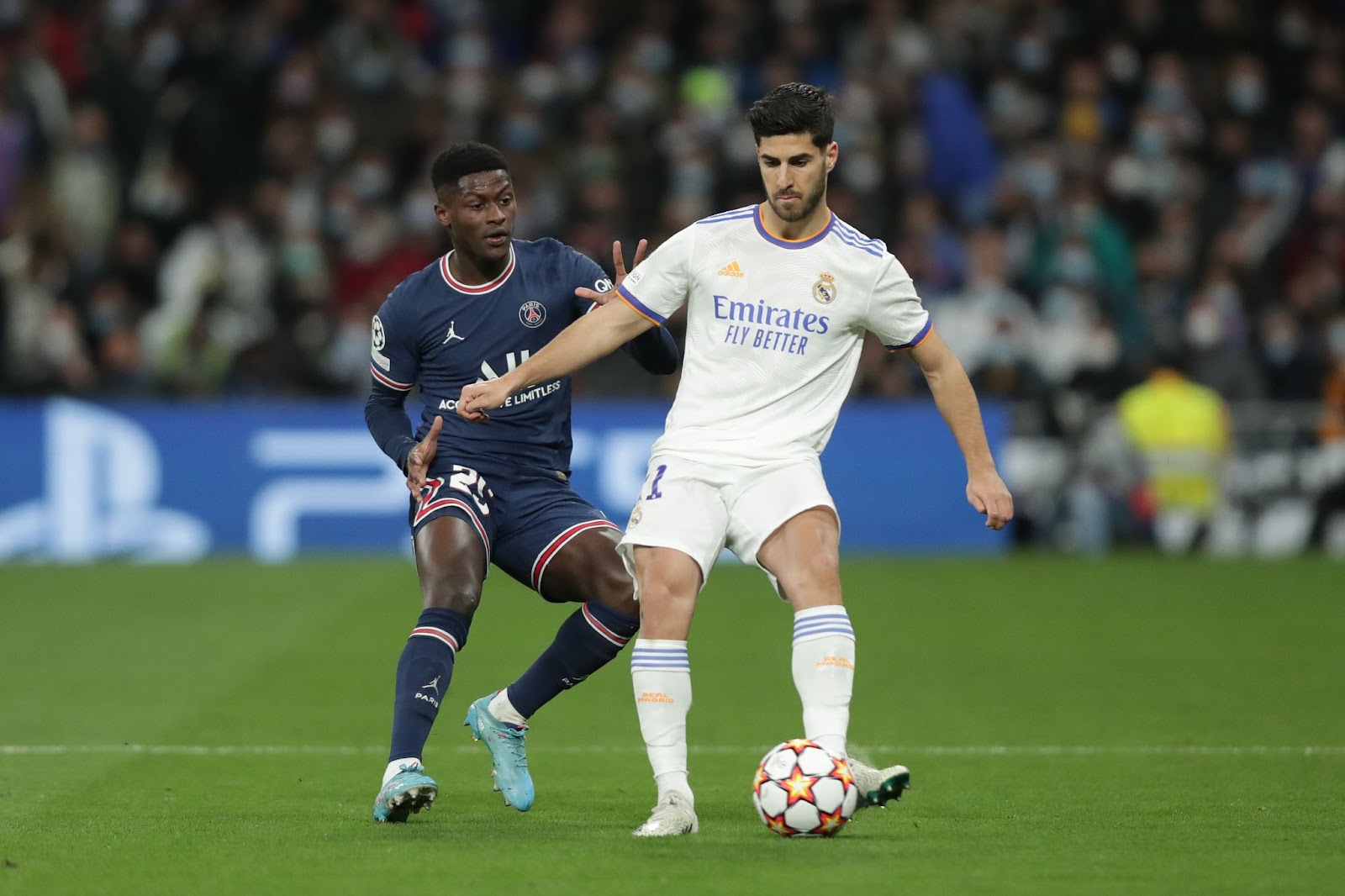 The soap opera of the future of Kylian Mbappé never ceases to animate the interests of European football and is enriched by a new chapter. This time, the merit goes to PSG. All the efforts made in recent weeks by Parisians to extend the striker seems to work.

The contract of the little French prodigy is expiring at the end of next June with Paris Saint-Germain and, if until a few weeks ago his farewell - destination Real Madrid - seemed obvious, now it is no longer the case.

Mbappe, in fact, has decided to question his choices regarding his career. The reason? The relentlessness of the Parisian management, ready to do anything to keep their 23-year-old jewel. "Do anything" means putting on the table monster contractual concessions in terms of image rights and salary. Astonishing figures, considering signing bonus and renewal wage, the amount is about €200million.

Real Madrid remains the favourite destination – Kylian's dream - but now Mbappe needs more time to take the final decision. The verbal commitment with the Blancos is under great strain by stellar earnings potential. Nothing is signed or agreed with any club. Mbappe, the never-ending story goes on. 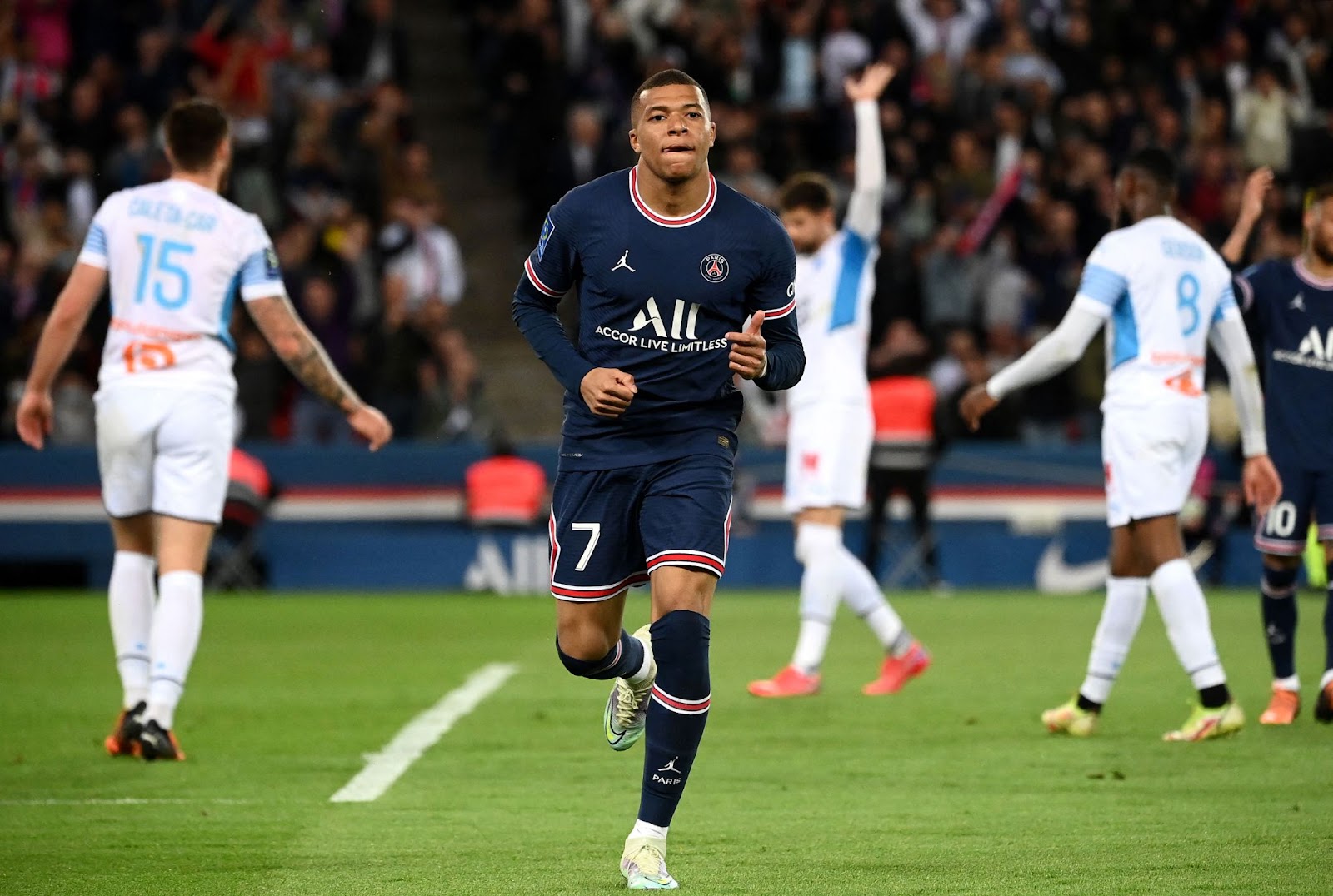 Lewandowski and Barcelona, much ado about nothing

Despite the many rumours spread in the last few weeks, Lewandowski is willing to stay at Bayern.

The Polish player has no intention of getting away, quite the contrary. It is precisely for this reason that in the next few days, Lewa's agent Pini Zahavi will meet the German club to try to find an agreement on the renewal. His current contract expires in 2023 and the will is to continue together, at least for 2 more years.

And Barcelona, who in recent weeks has been linked to the Pole player?

To date, Blaugrana have just requested for info to the striker's entourage, nothing more. No contact between Bayern and Barca, who have put Lewandowski on their list. Just as certainly, they are not going to spend the roughly €70 million that the Bavarians ask to free their striker.

All talk and no walk from Catalonia, then? Yes, because - in this period - Barcelona's moves are often only communicative and not real. Like what happened with the interest in Haaland, very scenic but never truly concrete. Not for nothing, the next market session of the Spanish club will be oriented towards free agents - as shown by the signings, among others, of Christensen and Kessie - and Lewa would certainly not be cheap this summer. 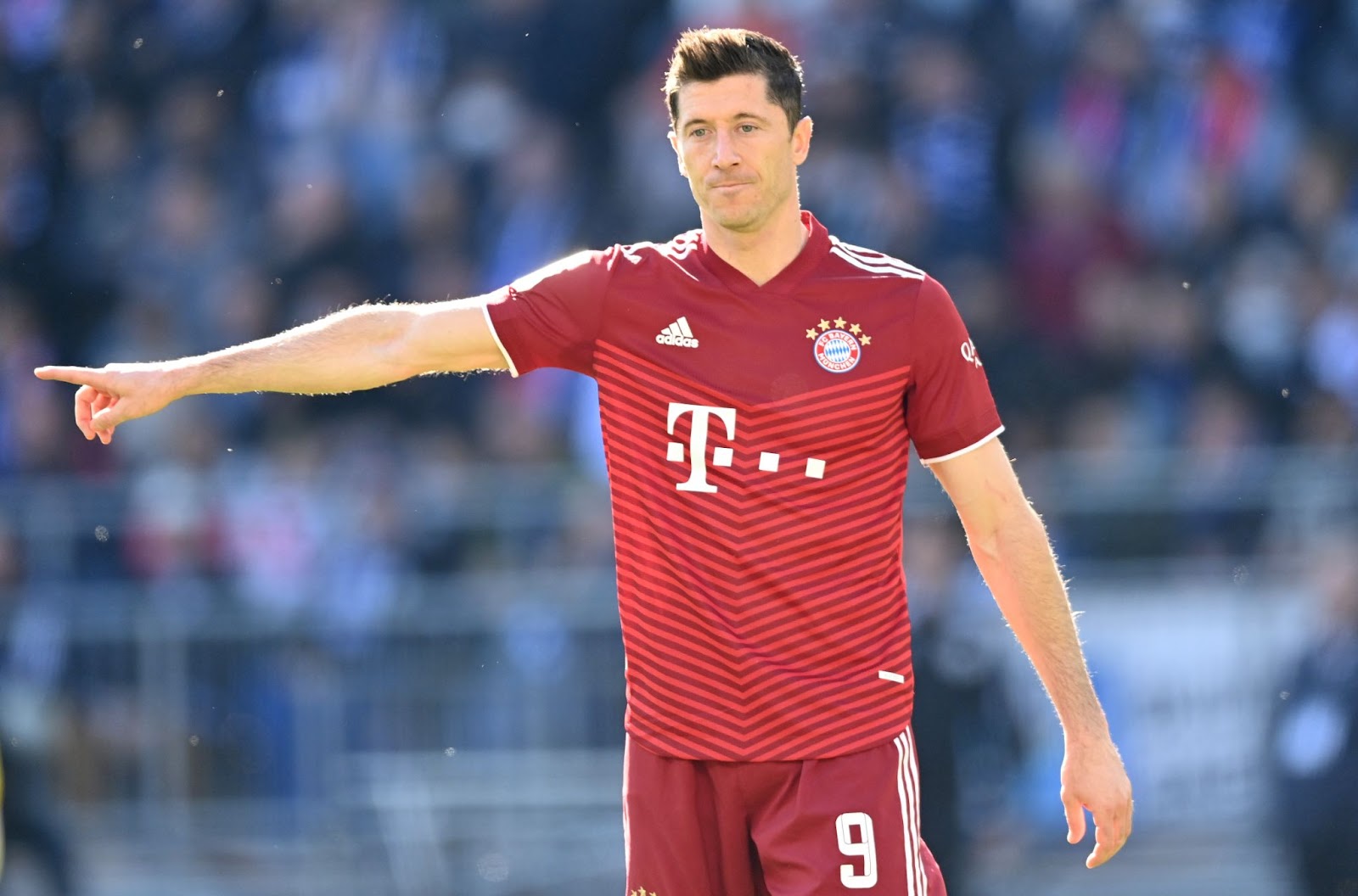 Rüdiger and Real Madrid verbal agreement and beyond

Antonio Rüdiger is certainly one of the most sought-after free agents of next summer's transfer market. A situation that many clubs in Europe don't want to miss. Manchester United, Juventus, Newcastle, Barcelona and Bayern Monaco - among others - have shown interest in the former Roma player.

The German centre-back's entourage is not shutting the doors in anyone's face and they are listening to all the demonstrations of interest. But Rüdiger has had a dream since he was a child, playing for Real Madrid. And so, since December, the agreement in principle seemed to be on the verge of being closed.

The Ukraine-Russia war and the events related to the change of Chelsea's ownership have only slowed down the contacts with the Blancos, however they have remained open. And now the parties resumed talking with high frequency, because the time is ripe for the last step. The contract on the table is substantially aligned to players' requests - around €10M/year for 4 seasons – and now they need to discuss "just" the last details. Not a formal step, but a substantial action which could also hide pitfalls.

In any case, the will of the German defender will be decisive: that's why seeing Rüdiger with the camiseta blanca next year is more than possible. As fairy tales teach, dreams come true and for Antonio (and Real Madrid as well) there may be a happy ending. 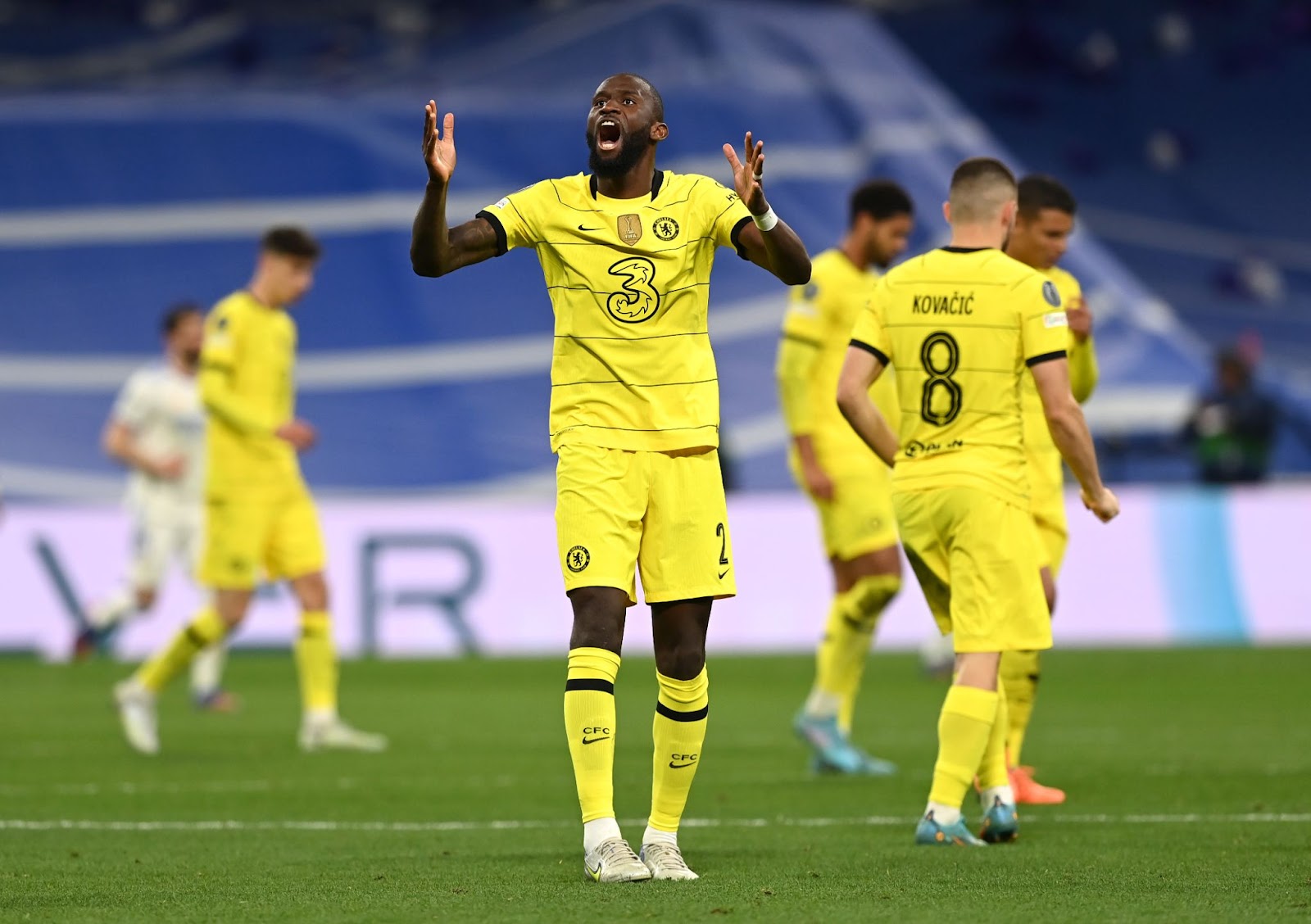 Lack of continuity, difficulty in playing an important role in the squad: the future of Eden Hazard is still to be written. But there is a certainty: in Europe, many clubs are interested in the Belgian.

Tempted by Arsenal and Borussia Dortmund, he could also find accommodation in Italy. In Serie A 2 teams have shown interest in the Real Madrid player, asking for information to his entourage.

Anyway, the aim of the Belgian player is to regain confidence on the pitch soon, above all demonstrating his real value to the whole Santiago Bernabeu's fans, which since 2019 - when he arrived to replace the sudden farewell of Cristiano Ronaldo - have not seen much, and not only because of the numerous injuries.

This is why the Belgian's desire, also in light of the 2022 World Cup in Qatar, would be to continue in Spain, in Madrid at the court of Florentino Perez and, probably, Carlo Ancelotti.

However, it won't be easy to get back to being one of the best. With the explosion of Vinicius Jr, the 31-year-old player knows that in Blancos his playing time is considerably reduced and the effort to be put in place will be doubled. The next few weeks will be decisive. 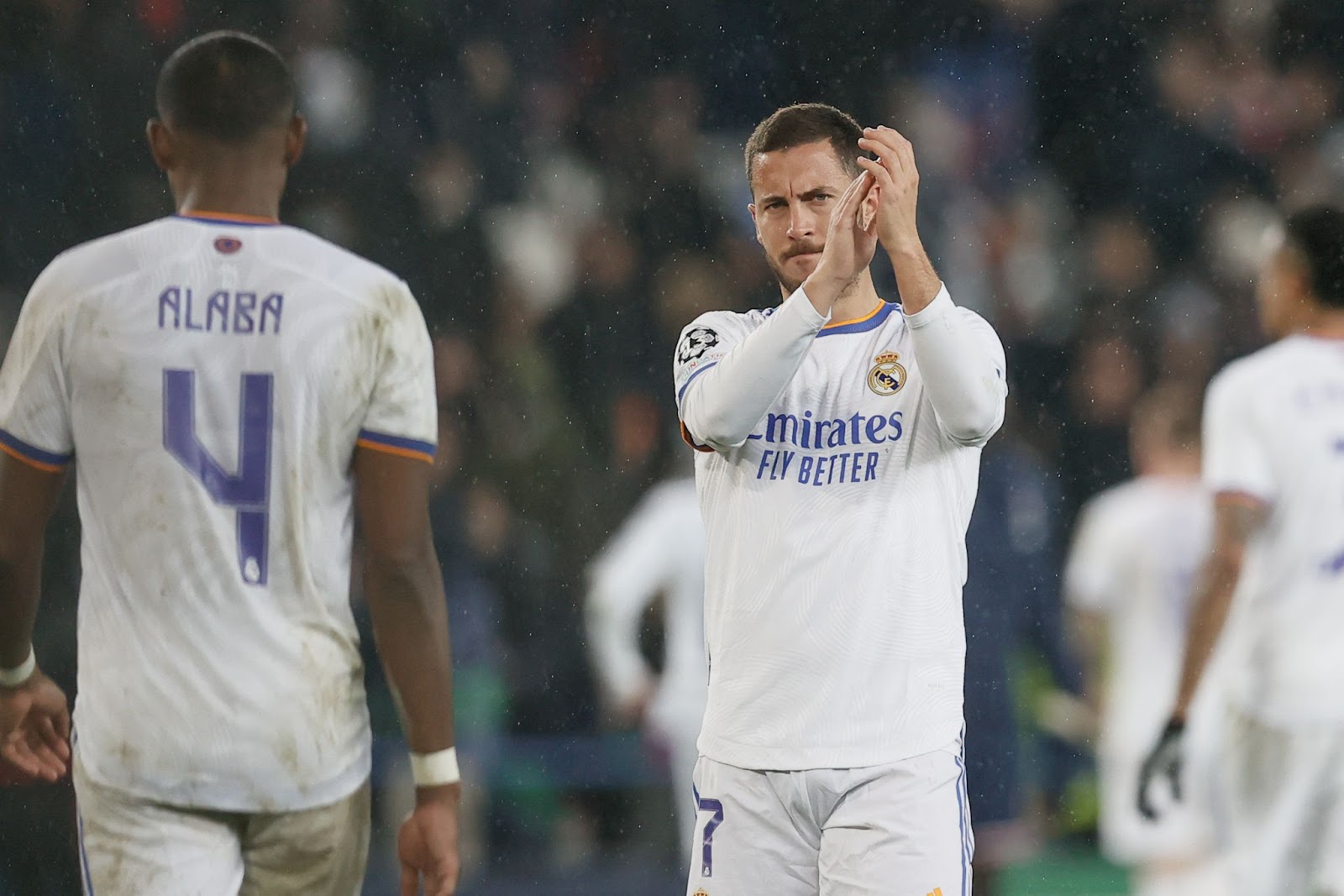