The future of Man Utd? Why Hannibal's debut today so important for all involved

COMMENT: So it happens today. At Molineux. Over two years of scouting, negotiating and development. It all happens today. Welcome to your future Manchester United fans. A future with Hannibal Mejbri...

They've done well, have United. The coaches. The senior players. Even the marketing people at the club. They've protected Hannibal. Kept him from the spotlight. You fancy even the decision to wait until the final game of the season - and away in the Midlands - was engineered with a long-term focus. Hannibal is the one. Now 18. Now with almost two seasons as a United player under his belt. Now is the time for him to step forward and become a first team presence.

Why the build up? Well, there's a lot hanging on the boy from Paris. United didn't break the €10m barrier for a 16 year-old on a whim. On a roll of the dice. The money committed was made with everyone convinced, from the scouts, to Nicky Butt, the now former academy director, right up to the manager, Ole Gunnar Solskjaer. This was a lad to build a team around. A teen with the potential and projection to drive a generation. If ever the model of identifying and buying them young in order save millions in the future was to be justified, this was it.

After all, Monaco had done the same. ASM paying over €1m to Parisian outfit ACBB for a 15 year-old Hannibal in 2018. Making a '10x' profit in the space of a year is the stuff of today's meme stocks. But ASM did it. And United were happy to pay. They'd had Hannibal at Carrington previously. They'd seen him up close. And they went into this €10m deal with eyes wide open.

Less than two years on and that confidence will be vindicated today. Fresh from a week of being named the club's U23 Player of the Year, Hannibal will step into a senior game with Manchester United for the first time. And significantly, he'll deserve it.

As mentioned, United have held him back. At the beginning of the season, this column was told there'd be no loan plans for Hannibal as he would be a first teamer by Christmas. But he was held back. The first weeks of football at U23 level not quite going to plan.

But then came a broken nose against Accrington Stanley. Inside the opening ten minutes no less. But Hannibal went onto play the full 90. It was a test of character. Of commitment. Against senior pros in the EFL Trophy. And the lad didn't flinch. He was the talk of Carrington in the aftermath.

So with Hannibal, United reckon they have one. A first one. After years of scouring the globe. Of overloading academy places with foreign talent. Hannibal represents the youth system's best chance of finally bringing through a foreign player successfully. 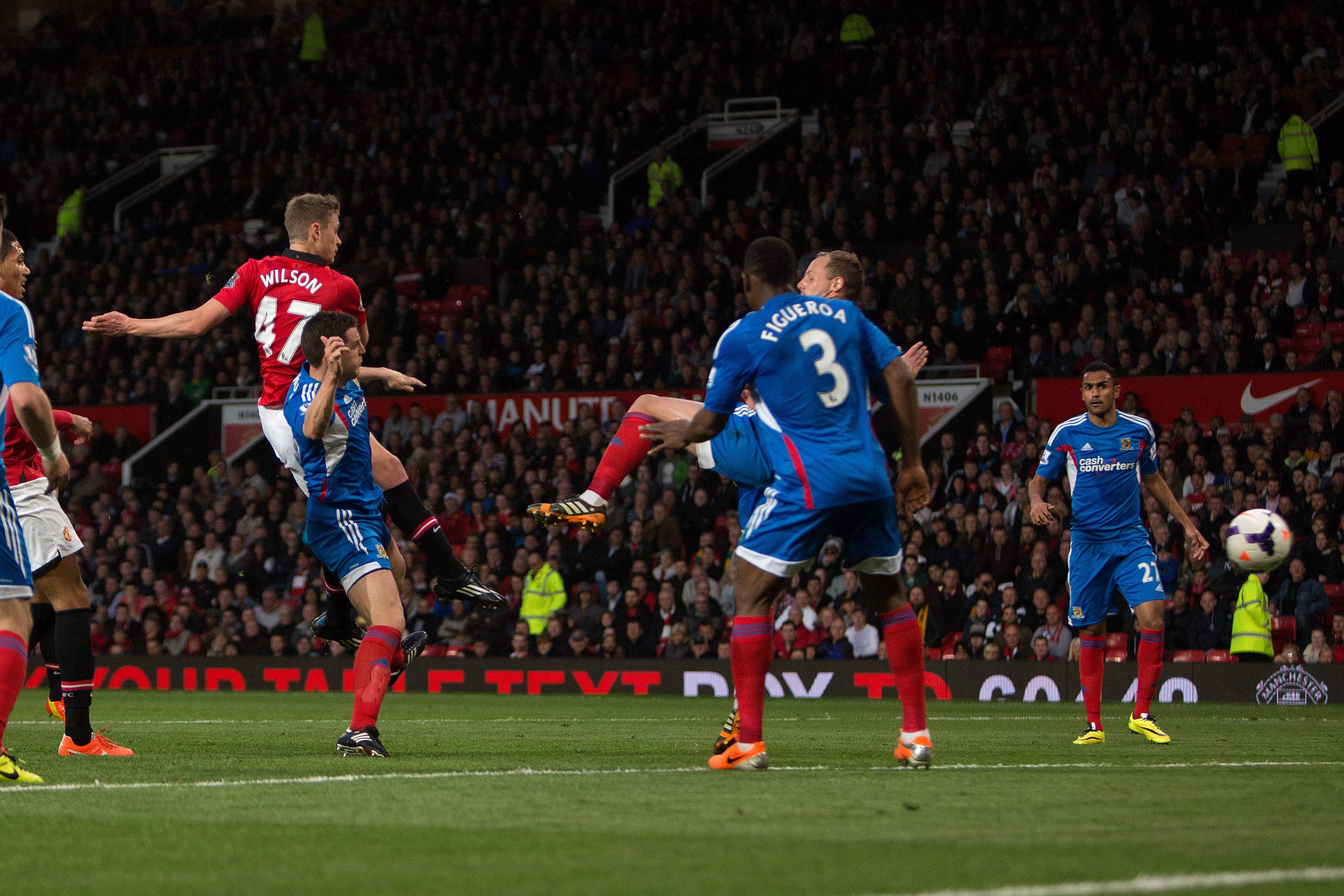 James Wilson scores on his United debut in May 2014

And of course, he may not be alone, with Anthony Elanga's progress taking some inside the club by surprise. Where Hannibal was expected, Elanga is a bonus. The young Swede's approach to his work highlighted by one Carrington source, convinced Elanga "has the ability, but also the attitude" to make it at Old Trafford.

They both could share a pitch today at Wolves. And it'll be done with a plan in mind. Solskjaer doesn't hand out debuts like presents. There's serious contemplation behind every one.

It's what Solskjaer has brought back to the club. The focus on youth. On bringing through your own. Of upholding the Busby Babes tradition. These weren't just glib, throwaway lines. Solskjaer has been true to his word. Which wasn't the case before him.

In the week of Hannibal collecting his Player of the Year gong, a previous winner of the Denzil Haroun Trophy was taking a tough call.

Adnan Januzaj, now of Real Sociedad, was informed by Roberto Martinez that he wouldn't be part his Euros squad this summer. As the Belgium coach would later say publicly, "others have more to offer". But it could be worse, he could be James Wilson. Again, just last week, Salford City of League One announced the former United striker had been released.

Two former academy players of great promise and potential. Two players, you could argue, who would still be with United if the systems and people in place now were present when they needed them most.

Solskjaer. These systems. The individuals who design, introduce and maintain these systems. These people matter. They're the ones who have brought back the spirit of the Babes.

We've mentioned it before and it's worth again highlighting. The admission from Warren Joyce, United's former youth team chief. An admission that really gets to the heart of what went wrong in the post-Fergie era. Joyce conceding people at the club had let down Januzaj and Wilson. Two jewels from the academy had their careers stunted by a switch in policy.

Joyce said, "I see the talk of Januzaj not fulfilling his potential but we lost a little bit of control of the loan system, at one stage.

“For Januzaj and James Wilson, another top player, it was more about recovering the wages. They were put on loan when they weren't fit and you knew they were gonna fail.

“Now, the club got returns back but they didn't develop the players. It is not all their fault, because they were good players. Januzaj was as skilful a player as I've ever seen.

“Everybody criticised the players but they could have had better help than they got."

Things are brighter now. But these words from Joyce should never be forgotten. Januzaj, of course, has had his say about Louis van Gaal, but Joyce wasn't talking about the Dutchman. It was about the higher ups - and their attitude. All that talk from board sources about the "United Way", particularly during the eras of LVG and Jose Mourinho, don't deserve a hearing when these same people were treating the loan system as a way to get wages off the books - and to the detriment of the young players involved.

Things now have changed. But that wasn't always the case. It took Solskjaer and his team to get a hold of the club and take it back to it's roots. The Norwegian came too late for Januzaj and Wilson, but the foundations in place are now benefitting a new generation.

The latest to come through will be Hannibal. A player signed months before Solskjaer's arrival, but one who has benefited unlike anyother from the return to traditions since the manager's appointment. Welcome to your future United fans...