The English football landscape is hailed around the world, with astronomical television rights underlining just how sought after the product is. The landscape is beautiful, but it's geography is littered with obstacles. When I say obstacles I don't mean little pot holes or small streams to cross, more like vertical cliff edges and chasms, that, if not navigated with caution and precision, can have drastic consequences.

Of the many obstacles to climb and summits to reach, the most daunting vertical cliff face would seem to be that that separates the Championship and the Premier League. This year's batch of intrepid explorers, Norwich, Watford & Brentford, have navigated storms, swamps and savages, and in truth, they've only just arrived at base camp ready for the next part of their ascent. If the climb wasn't daunting enough, a quick glance back over their shoulders and they'll see many predecessors a step behind once again after a failed attempt at the summit.

The task is a great one, many try, lots fail, some succeed, but how will this year's promoted Championship teams go in the big league?

Norwich will enter the fifth season of the Daniel Farke, Stuart Webber, partnership. Farke has signed a new contract as manager, Webber continues to keep his options open with a year left in his position as director of football. Progress was so fast under the duo that the surprise promotion back in 2018/19 meant some tough decisions ahead of their first go at the Premier League in 2019/20. The decision was long term stability over a short term gamble at survival, and the Canaries were relegated comprehensively.

The Norwich sacrifice meant many things, most importantly that they came down without taking on big financial liabilities and were able to exert dominance back down in the Championship. The squad was bolstered, the big names that had done it before at Championship level, Krul, Aarons, Buendia and Pukki, all stayed, and did it again. In terms of saving their pennies and bouncing straight back to the top league, the Norwich sacrifice has to be classed as a success, but now it gets tested in a different way. 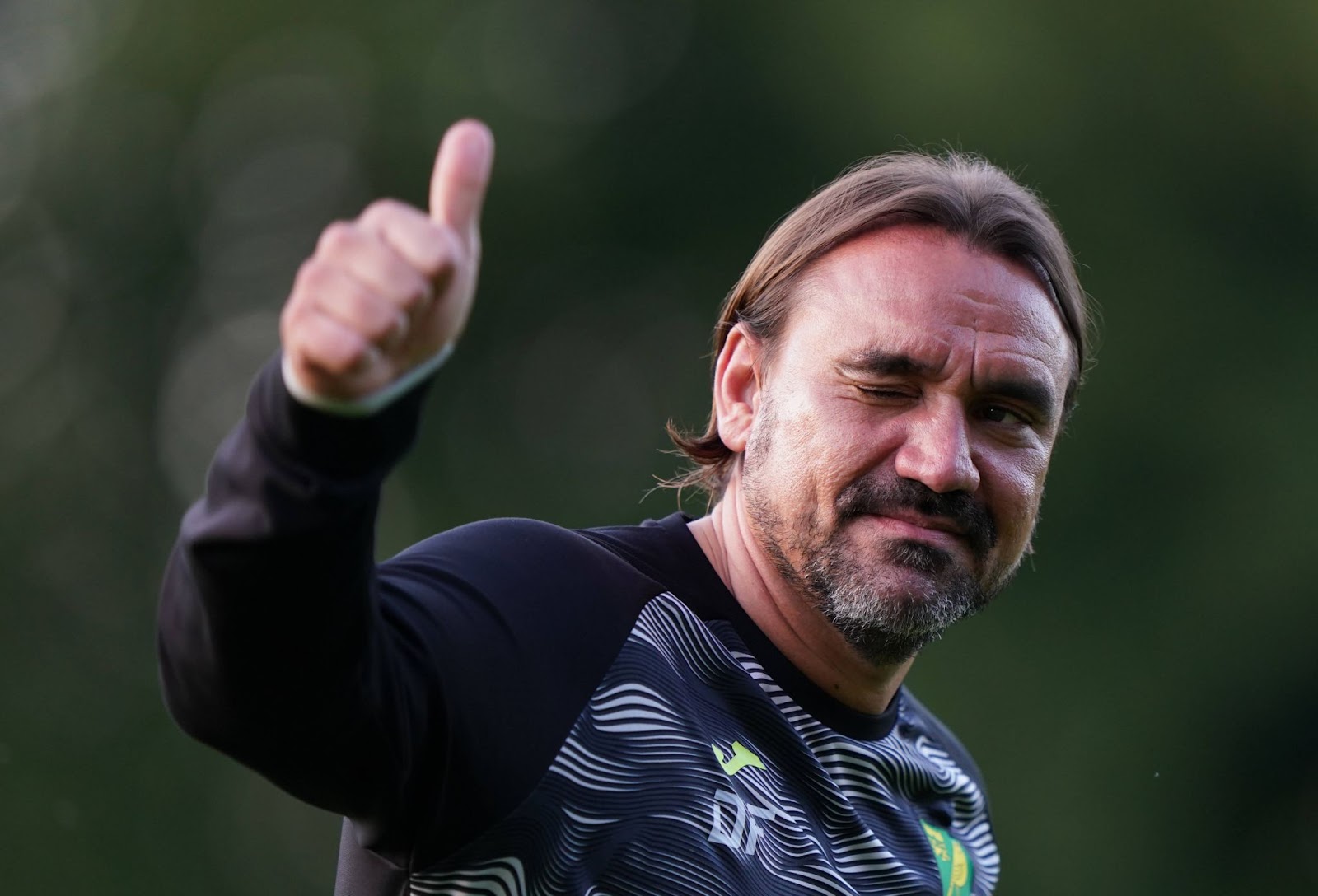 The outstanding player in both Norwich's recent promotions has been Emi Buendia, who most certainly fits the 'too good for the Championship' category. Upon promotion Buendia was swiftly out the door and off to Aston Villa, in what would appear to be a 'stay one more year and then you're free to go' type agreement. Norwich have sold players before and succeeded, whether they do it again where Buendia is concerned will reveal itself soon enough.

New signings have been made, with the now common 'loan to buy' deals for Gibson and Giannoulis made permanent, and Rashica and Lees-Melou looking like first team additions. Billy Gilmour comes in on loan from Chelsea, and Angus Gunn has returned to the club where his father played for so many years. I suspect the market will bring more names into Carrow Road, with Norwich fans also keeping one eye on excellent right back Max Aarons in the event he made a similar agreement to that of the now departed Buendia.

Norwich fans had to accept sacrifice last time and in the words of Stuart Webber, he sent manager Daniel Farke 'into war without a gun'. This time around it will be tough, but surely a more viable challenge will come. If relegation does happen then the long game gets even longer at Norwich, and patience and trust in Farke and Webber may for the first time start to diminish.

In contrast to Norwich, Watford made their last stay in the Premier League stick, with five years in the top division and a highest finish of 11th place in 2018/19. Their paths last season showed more similarities as Watford bounced back at the first attempt, helped by a sensational run of 14 wins in their last 18 games. They did it in typical Watford fashion though, with a managerial change mid season seeing Vladimir Ivic replaced by Xisco Munoz, and their ex Premier League muscle and star power seeing them through.

Watford, rightly or wrongly, have a reputation for playing the short game, and despite some suspicion over the Pozzo ownership, it does tend to work. This is the club that got promoted in 2014/15 using four different managers across the season, and attempted the ultimate survival hack, by firing Nigel Pearson with two games remaining of their last Premier League season. The Hornets fans are frankly used to change, and other than a handful of elite clubs, I'm sure a great number of fans would happily take five seasons of Premier League football and a cup final over what's been served up at their respective clubs. 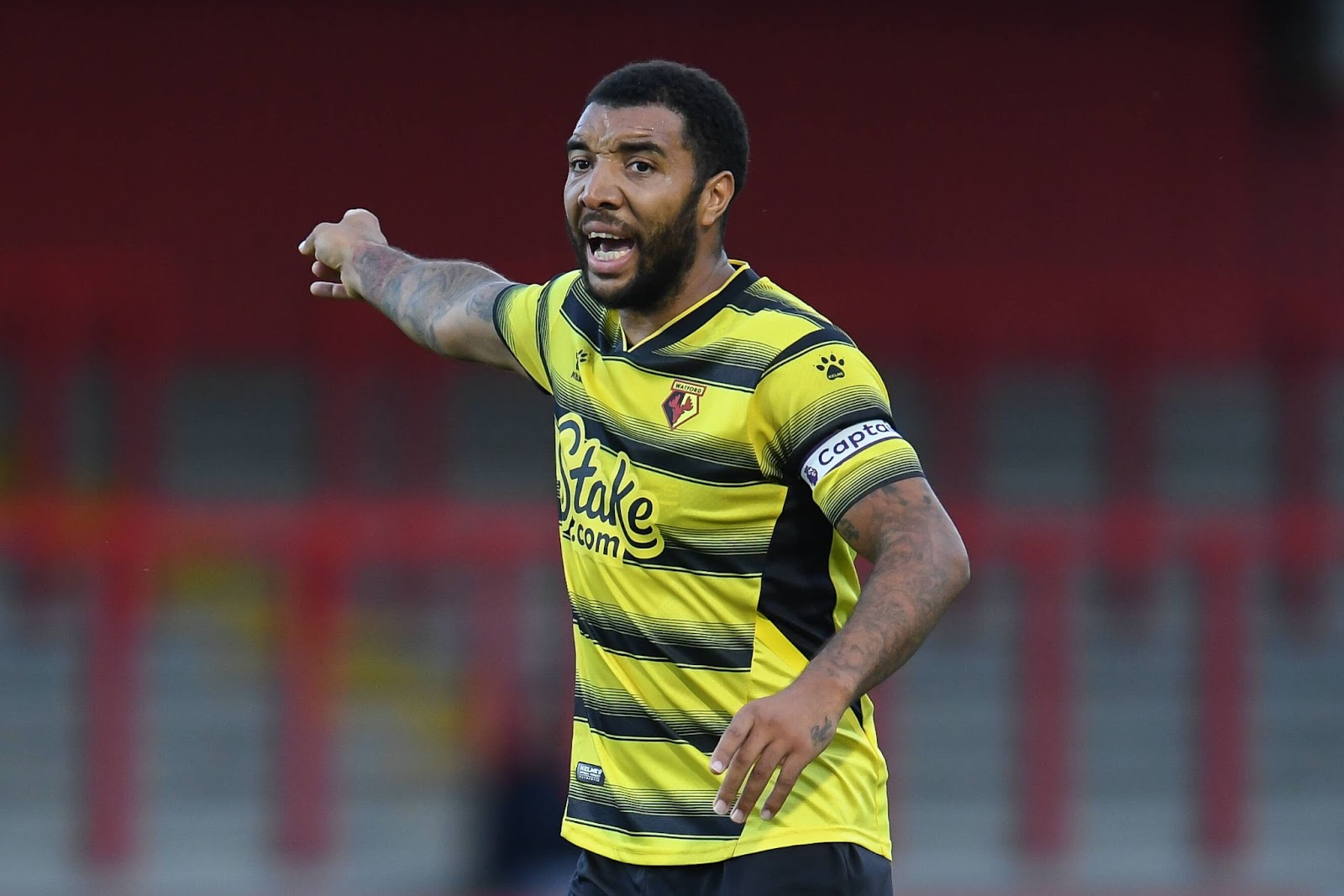 Part of the story last season at Watford was a sense of transition away from some of the elder statesmen at the club. Troy Deeney and Andre Gray were expected to fire the promotion winning goals, but neither finished the season in the starting line up, and Ben Foster gave Daniel Bachmann a sniff of the goalkeeping shirt and didn't get it back. In midfield Chalobah and Cleverly are vastly experienced but may not turn out to be the solution for this next Premier League run.

There is understandable excitement about Ismaila Sarr and Francisco Sierralta. Sarr has had a go in the Premier League, but is likely to be more settled and ready to become a difference maker this time round. Sierralta burst into the team during the last season at centre half and has all the makings of a buccaneering defensive cult hero. For all of Watford's chaotic managerial recruitment, their player recruitment is often brave and innovative, with Louza, Dennis, Etebo, Rose, Fletcher and King already added.

Of all our three promoted teams Watford have the most top level knowledge and probable savviness, and I'm sure if you promised their fans another five years at the top they'd shake on it now.

And so we go from the top level experience of Watford to an absolute newcomer and Premier League debutant in Brentford. The Bees made the final step last season, and with the recent bouncing of Watford, Norwich, Fulham and West Brom, many are happy to see a new name up in the Premier League.

It's been a slow and steady journey for Brentford, who despite finishing in the playoffs in their first Championship season, have built gradually and recruited brilliantly. The transformation off the pitch was completed ahead of last season with the much loved Griffin Park being traded in for the shiny new Brentford Community Stadium. On the pitch the team found their way back to the play-offs, losing to Fulham in the 2019/20 final, but going one better and beating Swansea at Wembley to close out this past Championship season.

Brentford's success has been built on their ability to compete with much wealthier teams by virtue of signing players and selling them on at a massive profit. It's a simple idea that every club tries, but fits very much into the 'easier said than done' category. In very recent memory tens of millions have come into the club with the sales of Watkins, Benrahma, Maupay, Mepham, Konza and many many more. 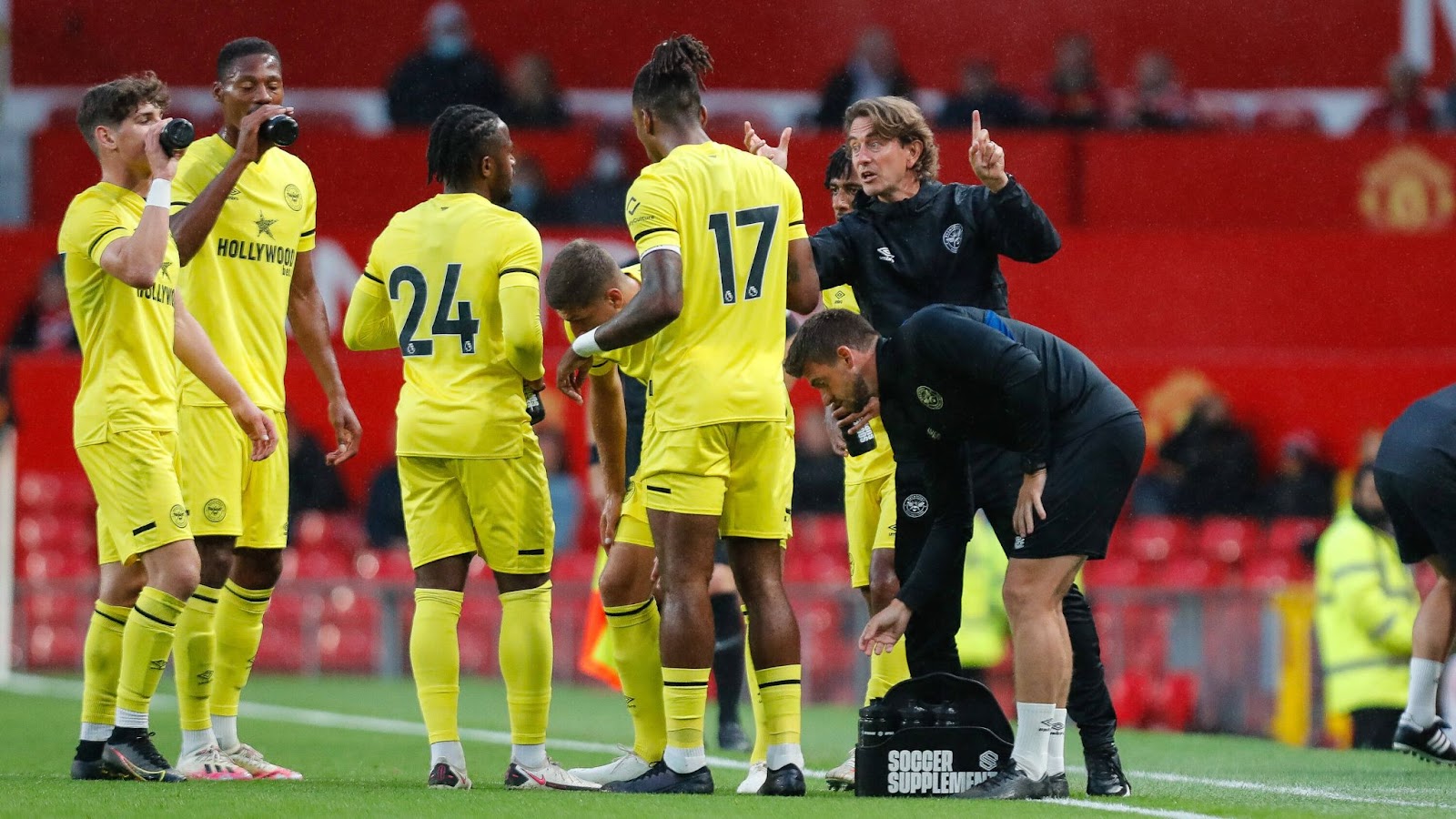 Frank instructing his players in a friendly against Manchester United

The revolving door also works in the other direction and Brentford have always had replacements ready to go for whoever was leaving, and arrive with Championship top scorer Ivan Toney, plus a smattering of players seen at the recent Euros. The pattern of play is steady, manager Thomas Frank has been in position since 2018, and the direction of travel is definitely upwards over the past decade. Frank Onyeka and Kristoffer Ajer both look like first team ready arrivals, and knowing Brentford, there will be a few more innovative deals done before the window closes.

Of the three promoted teams there seems to be the least pressure on Brentford, whether that's a good thing or a bad thing time will tell. This season represents a high water mark whatever happens, but sometimes a few years of winning momentum and a sense of fearlessness can do wonders for a promoted club's approach.