The Abramovich era: Why Chelsea (& English football) will never see the like again

COMMENT: Roman Abramovich. If he must go. If he must sell. Abramovich couldn't leave Chelsea - that is, world and European champions Chelsea - better placed as he will next week...

And he'll depart seeing a Chelsea team as close as realistically possible to the one he envisioned when buying the club 19 years ago. A team of local, academy spun talent, meshed with international stars. All coming together to take the club to absolute historic levels.

It wasn't always the case. Indeed, it was Chelsea which fielded the first ever all-foreign XI in England's top-flight. But as Abramovich pores over the offers he now has in front of him, he can leave knowing job fulfilled.

The academy is now producing talent for Chelsea's first team - not those of Premier League rivals. In Thomas Tuchel they have a manager who can find a way to win without sacrificing style. He has ex-Chelsea players filling positions across the club, both in the front office and on the training pitches. And with all that, a winning culture has been formed which has lifted this current team beyond expectations.

But now he goes. And Chelsea face serious uncertainty. Abramovich was a one-off. We'll never see the likes of him again at Chelsea's level. A man who has simply wrote off the €2bn he essentially loaned to the club to reach the heights it has over the past 19 years. He poured everything into the club. He never withdrew. He never leveraged it against other concerns. In terms of owners, Abramovich was unique. 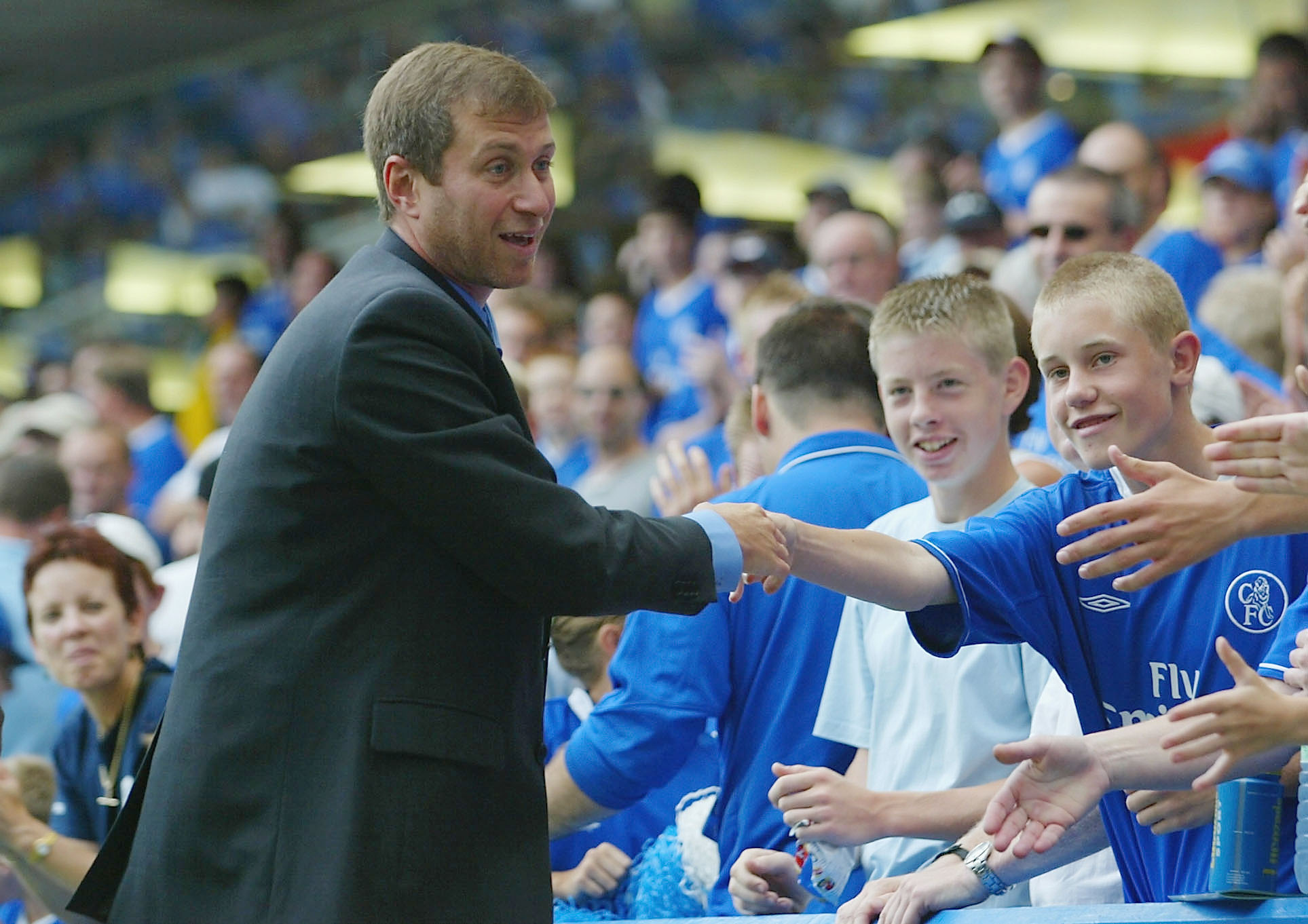 How many people have benefited from Abramovich's ownership? Thousands? Hundreds of thousands? It's impossible to measure. All those small business operators over almost two decades whom have seen their lives transformed by a successful Chelsea. Their employees. From local vendors. To tourism operators. And everything inbetween. Individuals. Families. Education. Quality of life. So much has flowed on from Abramovich's investment. And that's those directly affected. There's also all the businesses which have benefited indirectly via Abramovich's commitment. That €2bn he wrote off this week, you can throw a number and an 'x' next to it for the entire economy that Abramovich has produced.

And he did it himself. This isn't a state or a crown prince. Cash taken from one country's population or natural resources to improve a foreign football club. Abramovich has done it with his own fortune. He's not leaned on anyone else. Again, English football will never see the likes again.

And what about English football? The Premier League? Would it essentially be the world's de facto Super League without Abramovich's ambition? His throw down at Sir Alex Ferguson and Manchester United. His shaking of the marble halls of Highbury and Arsenal. He forced Premier League rivals to lift their standards. To find new ways to compete. He brought players to England like Didier Drogba and Michael Essien - and saw Chelsea's profile explode across the African continent. In the process, the Premier League established itself as the most popular and commercially successful in this industry's history. Abramovich didn't do it alone, but he's played a major role in the financial success of English football's top tier today.

But he now he goes. Though not without the genuine affection of Chelsea's support. A support that has spread across the planet during his tenure. Chelsea isn't the club of John Bumstead, Vinnie Jones and the old dog track. It's a global power. And beyond the opinions of politicians and pundits, the love and respect Chelsea's fans have for Abramovich has been overwhelming:

Just as Alexander Rodnyansky, the Ukrainian film director, acknowledged earlier this week. It was Abramovich - and Abramovich alone - who answered a plea from the Ukrainian side to find a "peaceful resolution".

"I am in contact with [Ukraine President Volodymyr] Zelensky's staff myself, and know that they are grateful for his genuine efforts," Rodnyansky would also confirm.

A move which simply chimes with the charity work of Chelsea's soon-to-be former owner. No living Russian has donated more money to charity than Abramovich. And that includes the assistance offered to the UK's NHS staff over the past two years.

Are we laying it on thick? Sure. But after this week's reaction, no man should have his life's achievements reduced to a politician's 10 second soundbite.

But now he goes. Lost to English football. Though perhaps not to football entirely. In time, Italy could be next. Perhaps Portugal, where Abramovich now holds citizenship and foreign money is beginning to find it's way into local clubs up and down the pyramid. We know son Arkadiy, now 28, has the bug. Indeed, there was some expectation that the Abramovich era of Chelsea would eventually enter a new generation. But that's now gone. Though the legacy of Abramovich will never allow this era to be forgotten.

Nineteen years on and Abramovich leaves Chelsea at the top of the world. If it had to happen, he couldn't have left the club in better shape.