You wouldn't blame the 66-year-old for being slightly full of himself after a glittering career that included three European Cups and four First Division titles. But that's just not how McDermott operates.

"I don't call myself a legend. There's too many legends in my time. You've got to be extra special like a Kenny Dalglish, or Kevin Keegan, or Steven Gerrard, or Graeme Souness, they're a legend to me," McDermott told Tribalfootball.

McDermott chronicles his remarkable rise from watching in terraces of the Kop as a boy to one day celebrating in front of the famous stand in Terry Mac - Living for the Moment: My Autobiography.

Born and raised in Kirkby, McDermott idolised the Liverpool players of his youth.

"I used to go and watch them every week, or most weeks, when we could afford too. Dad used to take us, we used to go watch the reserves as well with Billy Little and such. It was a dream but one that you think is never going to be happen.

"There's millions of Liverpudlians out there that had the dream as what I had, but I fulfilled mine and they didn't get that opportunity. I couldn't believe it at the time and still can't believe it now to be honest with you."

Unlike other club icons who made their way through the academy ranks or were signed for big money, McDermott took an unorthodox route to Anfield.

After being overlooked by his beloved Reds, McDermott got the chance to sign with then-fourth division side, Bury. McDermott spent four years in the first-team at Gigg Lane before being recruited by Newcastle United. He only lasted one season at St. James' Park before receiving the call from Bob Paisley and Liverpool in 1974.

It took two seasons for McDermott to adapt to 'the Liverpool Way'. He attributes his inconsistent start to a leap that would be inconceivable in today's game.

"One minute I'm watching them play and maybe a year later I'm actually playing with them. I was in and out of the team for two years when I signed. I made my debut against Everton at Goodison Park, drew 0-0 [and it was an] awful game and I was worse.

"At the time I didn't think [about it] but looking back, it probably was too much for me going from Bury two years previous, going to Newcastle then going to Liverpool.

"So two years before that I was playing for Bury in the fourth division and then all of sudden I'm thrust into a local derby for Liverpool. It was fairly difficult for me to hold down a place and then it went on for two years." 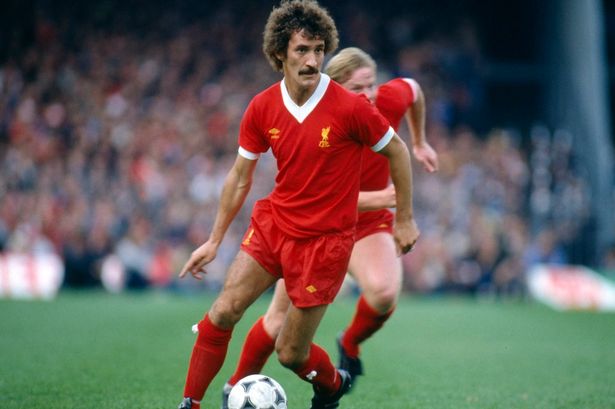 So how did it all change for McDermott?

"I listened to what people told me. Bob Paisley, Ronnie Moran. But you can only take so much in.

"And then I started playing more and more games and maybe scoring a couple of goals but nothing like what I used to do later on in my career. But I think the catalyst of it all was when we won a European Cup. Obviously that was unbelievable and scoring in the final, but I still never saw myself as a regular.

"I always felt I was two games away from being dropped or not playing."

McDermott put his name up in lights after scoring in Liverpool's 1976 European Cup triumph over Borussia Monchengladbach. It wasn't until seven months later though, against former teammate and lifelong friend Kevin Keegan, that McDermott would alter his career trajectory forever.

"I think what changed it all was when we played Hamburg in the European Super Cup. We played a two legged [tie] to win the trophy.

"I'm not sure if we drew 1-1 over in Hamburg with Kevin Keegan, who joined them at that time. The home leg I scored three goals and we won 6-0 and I always remember [Ex-Liverpool striker] John Toschack saying in the paper that it's my position, getting forward and scoring goals.

"And I didn't classify myself as a goalscorer but when I got that confidence to thinking I can score goals. I scored three against Hamburg, you're not playing against any dummies are you?

McDermott is revered among Liverpool fans for the litany of stunning goals he scored during his eight year stint on Merseyside.

The volley against Tottenham in the 1980 FA Cup semi-final, the ingenious chip against Everton in 1977, and the goal that Paisley labelled the greatest he'd ever seen at Anfield in a 7-0 thrashing of Spurs in 1978, are just a few on McDermott's highlight reel.

Kenny Dalglish wrote in his autobiography that "surrender was for cowards, not for men like Terry, who'd never give up." And when asked what it took for him to transform into a valuable goalscorer, McDermott reaffirmed the Scot's assessment.

"But your criteria was yes, get goals, but once you do that you get back and defend and that's what I did.

"It worked for me and you just have to look at the trophies we won whether I enjoyed it or not, it was absolutely brilliant around that time, the late 70's early 80's, the football we played was beyond belief. Lucky enough I got quite a few goals."

The current crop of Liverpool players will have the opportunity to carve their own piece of history on Saturday night when they take on Real Madrid in the Champions League final.

Jurgen Klopp's side head to Kiev as underdogs against the two-time defending champions. But if the likes of Salah and Firmino can conquer Europe, then just like McDermott, they too will be remembered as Liverpool legends.

You can read more about Terry McDermott's incredible life and career in his biography, Terry Mac: Living For The Moment - My Autobiography, which you can purchase by clicking on this link.