Ten Hag vs Poch; Rangnick vs Man Utd players: But where does Sir Alex stand in manager debate?

COMMENT: One faction wants this manager. The other faction wants another. And while a power struggle will carry on behind the scenes - presumably to May - the one man with the credibility to make a final call on all this remains sidelined. Penny for them, Sir Alex...?

So we know the dressing room at Manchester United favour Mauricio Pochettino as the next manager. Indeed, we know there's many in the front office who feel the same. But now we're getting word of lobbying inside the club for Erik ten Hag, the unsettled Ajax coach. With close ally Marc Overmars bombed out of the Dutch club last week, Ten Hag is reconsidering his position. And word has reached United's intermediaries that everything is on the table. Something which suits one faction within Old Trafford, where caretaker manager Ralf Rangnick has made it clear it is the Dutchman who should succeed him in June.

The German's opinion has received support from the club's newly promoted chief exec, Richard Arnold. While it must be noted he is "not all in", as this column has been told, those convinced by confidants regarding news of Arnold favouring Ten Hag over Pochettino is understandable.

Ten Hag definitely has support inside the board room, where Rangnick, for all his struggles on the pitch - whether that be training or matchday - does enjoy a high regard. And as such, Arnold hasn't dismissed the prospect of buying Ten Hag out of the final 12 months of an Ajax contract he only extended less than a year ago.

But listen to the players and there's actually some excitement about Pochettino. Those with connections to Tottenham and Southampton have pumped their peers for information on the Argentine and the feedback has been nothing but positive. And as we've examined in previous columns, that support has stretched to the board room, with it only being a reluctant Zinedine Zidane who prevented Pochettino from leaving PSG for United just a day after Ole Gunnar Solskjaer's dismissal.

So a power struggle? Not really. With predecessor Ed Woodward cutting all ties, Arnold now has final say. If he is convinced by Rangnick, then it'll be Ten Hag from next season. But why the German's opinion, after just ten weeks of involvement, is carrying so much weight is beyond us. 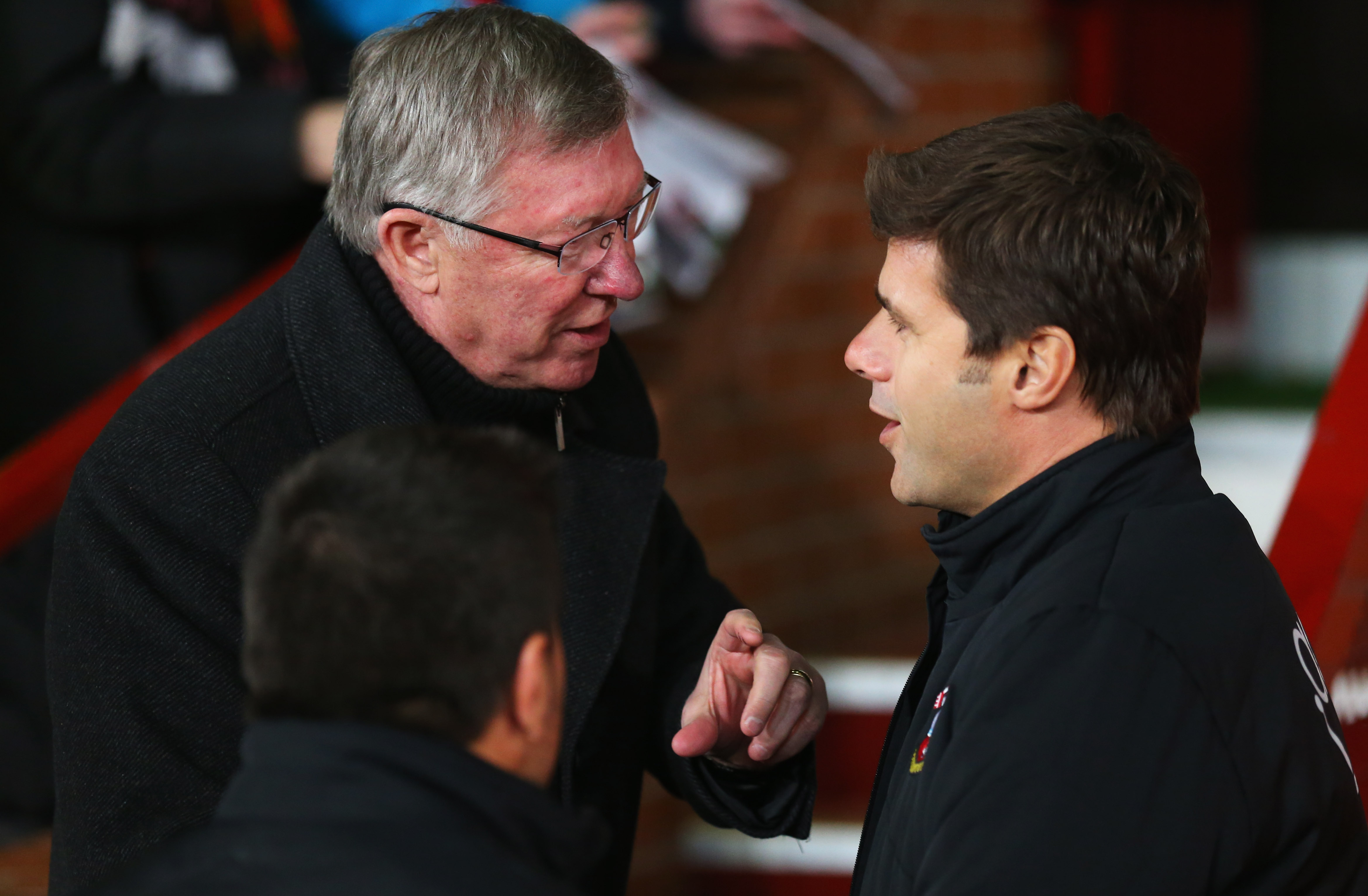 Ferguson and then Southampton manager Pochettino together

His job interview, it must be said, was excellent. It blew execs away. He'd done his homework on the squad, the academy and where - in his opinion - things could be improved. This is what won him the caretaker's job - and the promised consultancy deal from June. But that can't be enough for Rangnick's opinion to carry the most influence when it comes to choosing the next manager of Manchester United.

On the pitch. In the press room. There's been nothing to suggest Rangnick is a Manchester United man. Someone who understands the club's DNA. It's history. It's traditions. What sets them apart from their peers.

And you don't have to be a former United player, like Solskjaer, to understand what makes the club tick.

Certainly, Sir Alex Ferguson had no connections to United upon his appointment in 1986. But he understood the club. He knew it, inside-out. So much so that among his first actions was a complete overhaul of coaching and scouting at youth level. Under Ferguson, the traditions of the Busby Babes would be revived - and surpassed.

There are solid links crossing generations that remain at high levels inside the club. Darren Fletcher, as technical director, can date his connection with United to last century. Mike Phelan, who remains on the coaching staff, goes back even further. But there should be room for the opinion of Sir Alex to carry some significant weight when it comes to selecting the next manager. The Scot should be involved in the discussion at least.

Ferguson was involved in that first approach to PSG back in November. He's a fan of Pochettino, there's no doubt about that. But with Ten Hag available, he will consider all options before making his recommendation. This isn't about ego. It's about Manchester United and doing right by a club which has fallen away so dramatically since his retirement.

Which is why Rangnick's influence shouldn't be as is suggested. Ten weeks in and he knows better than Sir Alex? Ten weeks in and his man is somehow the better fit than Fergie's recommendation? It doesn't make sense.

For this column, Rangnick appears an outsider. Someone just passing through. He doesn't exude any great enthusiasm for the club. It's a perception, sure. And perceptions can be unfair. Friends have insisted it was only this opportunity with United that convinced the 63 year-old to give coaching one last shot.

But after ten weeks in charge, it just hasn't worked. And nothing which has gone on since his arrival lends assurance to the prospect of Rangnick handpicking his successor.

Instead, such a decision needs to be placed in the hands of someone who knows Manchester United inside-out. A penny for them, Sir Alex...?