There's no dressing this one up. Defeat at Brentford - and the manner with which it happened - was humiliation for Manchester United. Utter humiliation. The madcap goals conceded. The limp performance. It was a mess. A farce. But not fully unexpected.

Talk of resignations. Or even sackings. They can be dismissed. Inside both the board room and at Carrington, they know it will take time. The collapse against Brighton. The meltdown at Brentford. United's top brass and coaching staff weren't planning for such setbacks. But they were realistic enough to know it could happen.

Indeed, this column has been told the result at Brentford hasn't been as keenly felt as defeat at home to Brighton last Sunday. An evening game at Brentford. Inside a tight, little ground. Just as United's players were adjusting to Ten Hag's methods. No-one inside the club were convinced of a comfortable three points. Though the way it all caved in over an opening 45 minutes has since alarmed some inside the club.

In the aftermath, David de Gea had an United official seek out Sky Sports and organise an instant response to the calamity. To the goalkeeper's credit, he took responsibility for those opening two goals. The way Josh Dasilva's routine strike was allowed to squirm beneath him brought back memories of the 'Blind Venetian', Massimo Taibi. However, blame for the Bees' second goal, should be equally shared with Ten Hag.

Clearly, the manager is insisting De Gea play out from the back - and it appears no matter the circumstances. The Bees went man-for-man. There was never a pass on for De Gea. Nor even if the ball had reached Christian Eriksen, a second pass to Diogo Dalot. Brentford had it all locked up. Yet De Gea still employed Ten Hag's routine - and it inevitably led to Mathias Jenson's goal and a disaster for United with less than 20 minutes on the clock.

Was De Gea simply following Ten Hag's instructions? Had he been given an alternative if the opposition went man-for-man as Brentford did at that moment? It'd be nice to know. Of course, the easy response would be he should've used his intuition. But some managers insist their players play to the letter, no matter the circumstances. And perhaps Ten Hag falls into that category.

But Saturday in West London wasn't about the new manager. There is blame for Ten Hag, certainly. But the way the players buckled in that opening 25 minutes cannot be excused. Indeed, in terms of the United support, for some individuals there may be no way back. 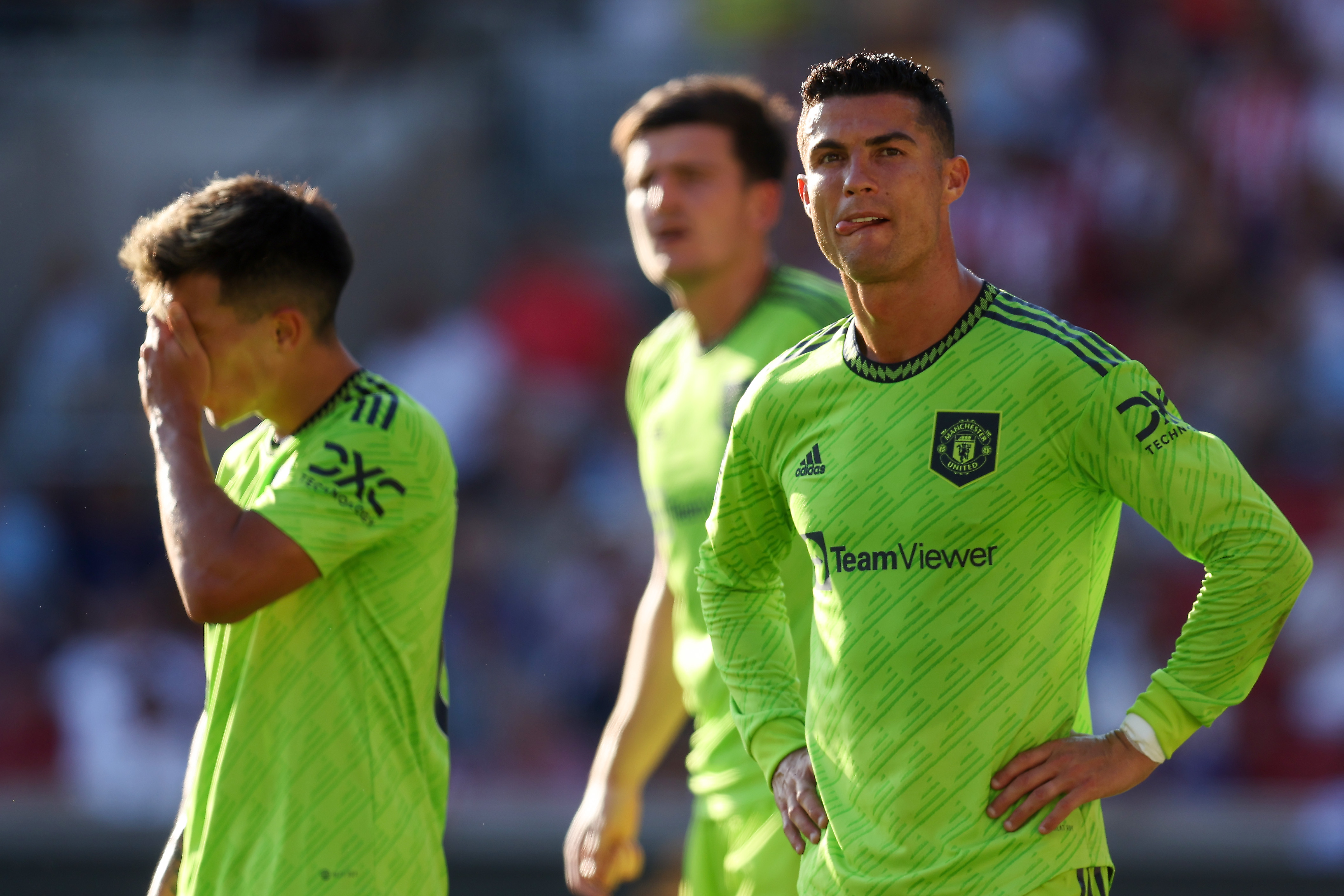 Will fans ever forgive the players?

Harry Maguire is the obvious one. For the vitriol now aimed at the club captain, it's difficult to see him reaching his potential as a Manchester United player. But he's not alone. Fred. Scott McTominay. There's section of the vocal online support which will never accept them as United frontliners. And just as we saw with Solskjaer's final days, once that spiral begins, it's almost impossible to shake off.

So it's a mess. At least from the outside looking in. And in the aftermath of Saturday, United's transfer policy and those pulling it's strings are being scrutinised. Inevitably, John Murtough, the club's football director, is running the gauntlet today. Chief exec Richard Arnold isn't far behind. But it must be said, just as with De Gea, Ten Hag's fingerprints are all over this summer's market campaign.

Lisandro Martinez, Christian Eriksen and Tyrell Malacia are all his players. Those whom have been shifted out all done so on the manager's approval. United's protracted pursuit of Frenkie de Jong, the Barcelona midfielder, remains alive on Ten Hag's insistence. The bid for Bologna's Marko Arnautovic was again driven by the Dutchman. The tactics. The personnel. This is Ten Hag's team. Again, it was his decision to blank Ralf Rangnick when first appointed and later recommend the termination of the German's consultancy contract.

All decisions this column supports, we hasten to add. But decisions Ten Hag must shoulder and accept close examination for - particularly after this opening week.

However, there is opportunity to be found in this crisis. And that's as much for the fans as it is for Ten Hag. Two defeats from two. Six goals conceded. You can't get much worse. And on past record, we'd expect Carrington to be leaking like a sieve today. It will be well worth observing whether history simply repeats this week - or the players adhere to their manager's request in preseason and that the press get nothing. There could yet be a silver lining to come out of this.

Either way, Erik ten Hag has just been handed a reality check of what it is to be the manager of today's Manchester United. Welcome to the Premier League...