Ten Hag & his Man Utd 'warriors': How their success can lead to South American transfer shift

COMMENT: With a personnel change, it's a team transformed. It's approach. It's culture. Under this Dutch manager, we're witnessing an overhaul within Manchester United unlike never before...

Dramatic? Exaggerated? We don't think so. Not with Erik ten Hag's grip on transfer policy. Casemiro. Lisandro Martinez. Antony. All South Americans. All signed to make an instant impact. Players ready to play. But not only that. To play with passion. Desire. To fight. To scrap. To perform with a "warrior spirit", as the manager would say. Suddenly this Manchester United team not only has a Latin influence, but it's foundations are being built upon the South American game. And on current evidence, it's a move to be celebrated.

For so long, the culture inside United's dressing was questioned. Criticised. And the debate would always stretch to the dilemma of how to change it - and how long that would take.

Well, from what we're now witnessing, it's taken Ten Hag one transfer window to achieve what the top brass have failed to do for the better part of eight years. He went for personality. For energy. He went South American...

Suddenly the place is bouncing. The connection between the players and the support strengthened. Lisandro is already a cult hero. Voted by the fans as the club's Player of the Month for his first four weeks in England. Antony, after that goalscoring debut against Arsenal, has only ratcheted things up another level. And Casemiro, while Ten Hag introduces him gradually, with his record. His experience. The Brazilian hasn't had to kick a ball in anger to add to the goodwill being felt around the club.

And with this change. This transformation. United could be about to undergo a shift never before seen.

The Da Silva twins. Antonio Valencia. Gabby Heinze. United have had their share of successful, South American talent. But it's never been like this. And if Ten Hag's choices continue to play their part, United may never be the same again. 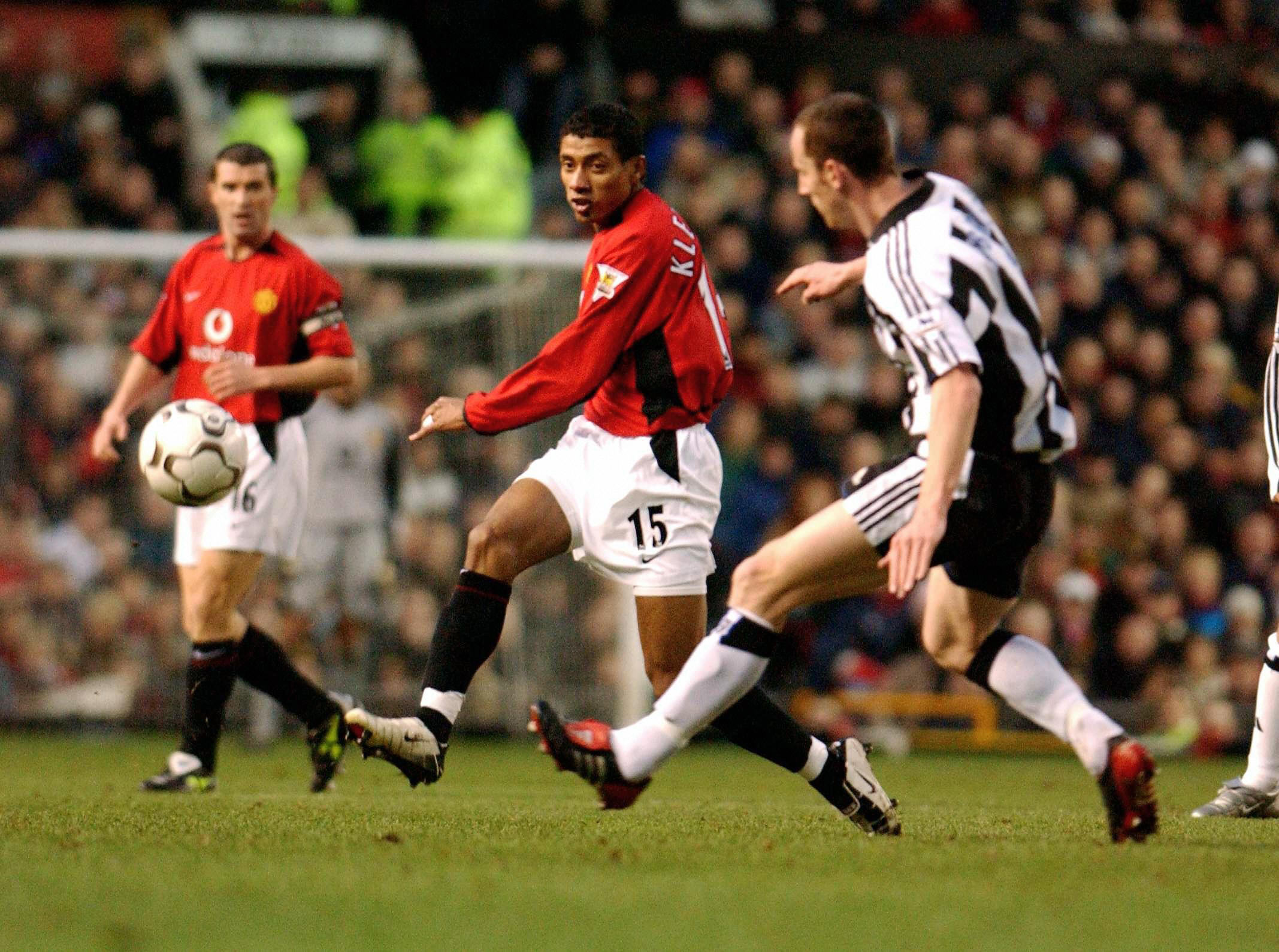 Kleberson in action for United

As we say, Ten Hag had a grip on transfer policy this summer. Though he didn't get everything he wanted. We now know John Murtough talked Ten Hag around to backing Aaron Wan-Bissaka over bringing in Sergino Dest from Barcelona. And the club's football director also gave a clear 'no', when Ten Hag recommended a move for the Chelsea midfielder Hakim Ziyech.

But come January, Murtough could be more malleable. Particularly if Ten Hag's choices he did green light continue to perform as they are. But the approach could go further. Indeed, with Ten Hag's influence, United's market work could be breaking new ground in 2023.

For Lisandro and Antony, the connection with their manager goes beyond their years together at Ajax. It reaches back to Argentina. To Brazil. Ten Hag not only brought both Lisandro and Antony through in Amsterdam. But he was also involved in their scouting and recruitment at Defensor and Sao Paulo respectively. Lisandro would arrive at Ajax in a €7m deal. Antony for almost €16m. And Ten Hag was involved every step of the way. As we say, this connection between player and manager runs deep. Is it any wonder Nigel de Jong, Manchester City's former Holland midfielder, talks about these two being willing to "go to war" for their manager?

"Ten Hag has chosen his players carefully. I can see one thing, he has picked players with whom he can win a war," De Jong stated just days ago. "I can see the strategy already. Look at Martinez in the team. He has that killer mentality. Martinez will run through fire for Ten Hag.

“Antony is adding swagger. He too has a mentality what we call 'over my dead body'. I have seen that side of Antony plenty of times. United have done really good business in my opinion. The spirit in the team has changed."

That change. That spirit. De Jong sees it. Indeed, we all can see it. And you fancy it'll be something Murtough and co will want to tap into during this new Ten Hag era.

Like every major club in Europe, United are in for Endrick. It's a given. For his talent. For his youth. Of course United will be competing for the 16 year-old's signature. But even if Endrick was playing for Porto - and not Palmeiras - United would be making their attempts, as they are today.

The shift that we could be about to see goes beyond the youth transfer market of South America. With the presence of Ten Hag. With the success of Lisandro and Antony. United could begin competing for talent at senior level on the continent.

Instead of sitting back and passively watching Real Madrid scoop up Vinicius Junior and Rodrigo Goes as senior Brasileiro players - or Barcelona signing Ronald Araujo and Arthur Melo - United could enter the same market themselves, flexing their financial muscle in the process.

It's something United have barely tried before. Diego Forlan from Independiente. Kleberson from Athletico Paranaense. Sir Alex Ferguson made his attempt. But it didn't quite work for either player. And the experiment was shelved - and hasn't been considered since.

But all that could change under the current manager. Ten Hag has the experience. The track record. And from the type of player and personality he seeks from a South American signing, it's something United's top brass should be pursuing.

Launching a bid for that new No9 at River Plate. Slapping in an offer for that midfielder with Gremio. It's never been something associated with Manchester United. But after the sudden impact of Lisandro and co, this on-field transformation could lead to a major shift in United's transfer policy - particularly when it comes to the South American market.