It certainly a weekend like no-other in the Premier League, with 3 hat-tricks, 3 red cards and a record-breaking 9-0 demolition at the St Mary's Stadium.

Liverpool and Man City remained on course, United got back on track and Leicester sent shock waves through the league making all participants sit up and take notice.

We here at tribalfootball look at the top performers from Matchday 10 in theTribal Football Team Of The Week. 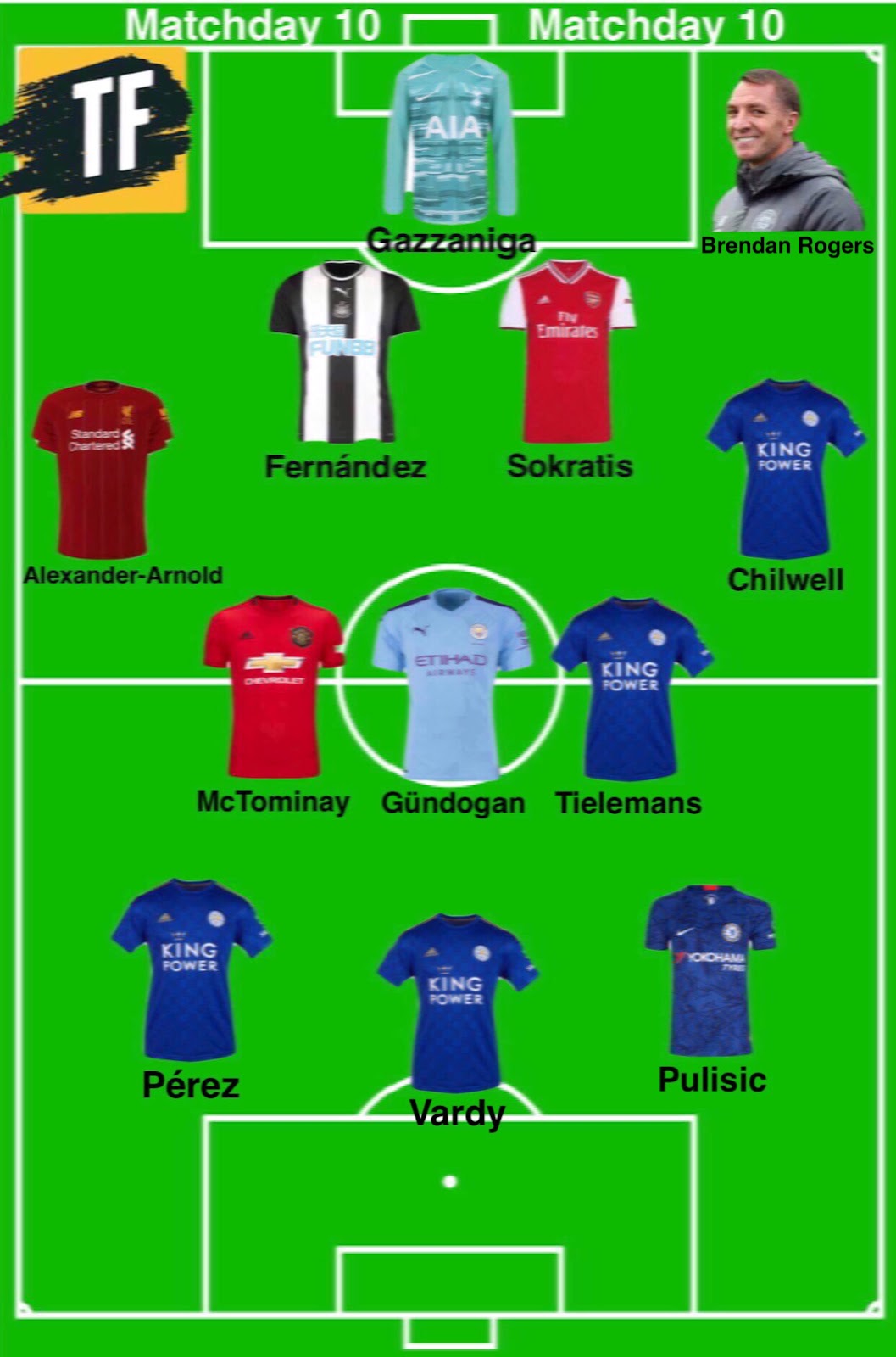 It was certainly the week of the goalkeeper with heroic performances left-right and centre.

First at Anfield was the super performance from step-in gloveman Paulo Gazzaniga, who pulled out terrific save after terrific save, constantly keeping the Reds at bay. The 2-1 loss for his side doesn't do justice to his outstanding 12 saves.

Next at Carrow Road is Premier League veteran Tim Krul who despite having 3 goals put past him pulled off the extraordinary feat of not just saving 1 penalty but 2!

Lastly at Vicarage Road, Watford keeper Ben Foster produced a Man of the Match Performance to claim his side a precious point against Bournemouth. Foster made 5 impressive saves to keep his side in the match.

Despite the appearance of another defensively shaky performance by the Arsenal back four, Greece international Sokratis can certainly hold his head high in his sides disappointing 2-2 draw.

Sokratis was defensively strong, making 2 tackles, 8 clearances and winning 4 aerial duels. However, his presence was most felt down the other end of the pitch when he cooly volleyed home the first goal, and should've had the winner if not for a contentious VAR call.

The Argentine International was recalled to the side following Fabian Schar's suspension and hit the ground running.

Fernandez was a big presence in the Newcastle back three, making 4 tackles and 9 clearances. After the side went down to 10 men, Fernandez managed to hold Wolves and prevent them from snatching all 3 points.

He also put in a simply delightful cross for Lascelles to head home and put the Magpies 1-0 up.

On what was a Friday night party for the Foxes, many players took the attention banging in goals for fun, however the magnificent performance from Ben Chilwell can not be overlooked. The left-back was instrumental, ruthlessly driving down the flank as he has done so impressively this season.

The England international reacted faster than everyone else in the stadium to notch up the first goal of the game and tallied a further two assists along with his 6 key passes in the Foxes 9-0 discombobulation.

Despite the long list of high-calibre superstar forwards on the Liverpool pay-roll, right-back Trent Alexander Arnold once again proved to be a crucial creative force in their 2-1 win over Tottenham.

The 21-year-old once again amassed a huge 7 key passes, taking him to the top of that particular tally ahead of Kevin De Bruyne. After intercepting the ball in defence, he played a super ball forward to Mane who won the penalty which dragged the reds over the line. He also completed a whopping 20 crosses.

The German midfield-maestro has found himself consistently in the highly competitive City midfield this season, although he had not hit the same heights as his colleagues in De Bruyne and Silva. However Gundogan stole the show completely running the game in City's 3-0 win.

Gundogan played 102 passes (36 more than any player on the pitch) all the while operating at a pass accuracy of 93.1%. He also managed 2 key passes alongside his jumping volley goal that confirmed all 3 points for the home side.

Another one of Leicester's standout performances in their historic night away at Southampton, Youri Tielemans certainly is making his 40 million pound price tag look like a bargain.

Again the Belgium international found his name on the scoresheet as well as registering another assist to go alongside his 3 key passes and 6/6 accurate long balls.

A player brim full of confidence, Tielemans in this youthful bubbly Leicester side is taking the League by storm.

The Scotsman was once again the positive energetic force in the heart of the United midfield.

Driving forward with 4 successful dribbles, McTominay opened the scoring for the Red Devils after nicking the ball off the unsuspecting Cantwell and dispatching his shot first time into the bottom corner.

It was a big win for United under enormous internal and external pressure, and these precious 3 points away from home can be attributed to McTominay's efforts in the midfield.

After a slow start to Premier League life, the American exploded onto the scene with an eruptive performance against Burnley.

Joining the brigade of successful youngsters leading the way for the Chelsea blues, Pulisic scored a 'perfect hat-trick' in Chelsea's 2-4 win, scoring one with his right, one with his left and one with his head.

He is the first Chelsea player since Didier Drogba to do so as well being the second American to ever score a hat-trick in the Premier League (after Clint Dempsey).

Once the Spainiard found his first goal for his new side, he couldn't get enough registering a superb hat-trick, making that two hat-tricks in a row for him against Southampton.

On a night with shocking conditions for football with horizontal rain, Perez managed to somehow still show delicate touch and cleanliness on the ball. This was paired with a clinical finishing edge, bagging 3 high quality goals.

Perez had 7 shots on goal in total, 5 successful dribbles and took home the match-ball in a welcome return to the scoresheet.

When an opponent is there for the taking, there is no-one who smells blood quite like the uncompromisingly clinical Jamie Vardy. With Southampton in a world of pain, Vardy turned it up a level and cut through the Southampton tears with a merciless hat-trick.

His goal scoring has taken him to the top of the Premier League chart with a total of 9 goals from 10 games.

Although it might've looked like Leicester were running out a training drill at the St Mary's on Friday night, it was certainly a massive statement of intent from the vociferous Foxes.

In shocking conditions and with the game in hand after 20 minutes, Leicester could've easily turned down the gas and shut up shot for the evening. Instead they broke Premier League records, registering the biggest away win in the League's history.

This 9-0 massacre has the top two looking over their shoulders and has highlighted the impressive football they are playing under Brendan Rogers.