Manchester United have been heavily linked with Borussia Dortmund sensation Jadon Sancho in recent weeks as they plan to bolster their forward options. Ole Gunnar Solskjaer's side have struggled to break down low defensive blocks this season, and an injection of attacking quality is just what they need to solve the problem.

However, Sancho is one of the most sought-after talents in world football right now. There is no guarantee United will get him, so they should make contingency plans in case he decides to stay in Germany or to move elsewhere. Here, we at Tribal Football analyse three viable alternatives.

Chiesa burst onto the Serie A scene four years ago, thrilling with his energy, athleticism and tactical maturity as a teenager. Since then he has remained a consistent threat to Italian defences, staying loyal to Fiorentina, the club who gave him his first opportunity as a professional. But he has been linked to Manchester United recently.

While he also primarily plays on the right wing, like Sancho, he interprets the role very differently to the English starlet. He's much more direct, preferring to face goal and make runs in behind defences. When he gets the ball, he almost always looks to play forward or dribble around the outside of a defender and whip the ball in. He's quick, his crossing is good, and he has a respectable scoring record for a struggling side – six goals in 23 league outings this campaign. 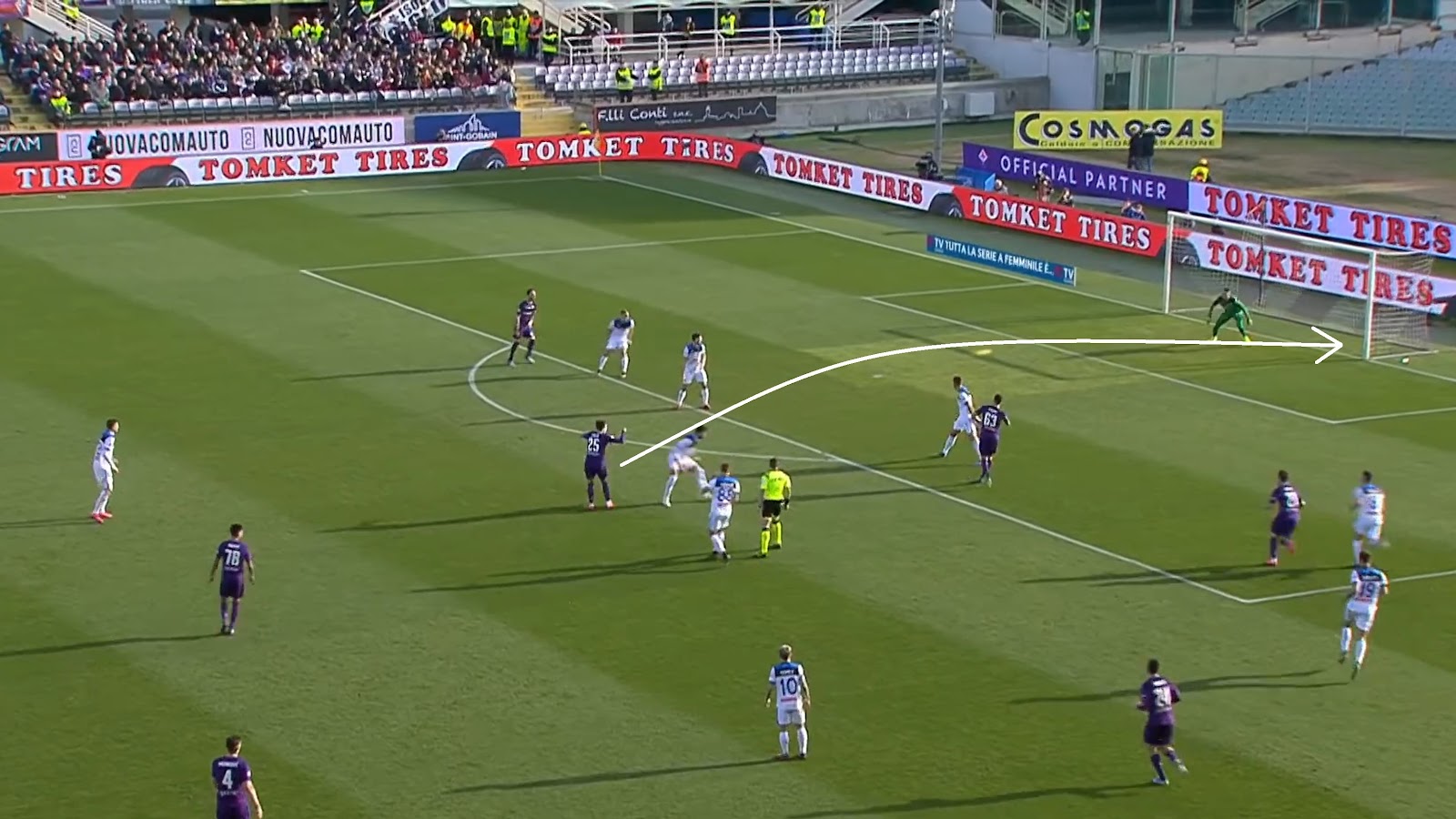 Chiesa would fit Solskjaer's style, only adding to Manchester United's threat in attacking transition. However, he doesn't quite bring as much to build-up play as Sancho. He's definitely worth looking at, but he may not be their number one priority.

After years of false dawns and the looming threat of unfulfilled potential, Traore is finally showing everyone exactly what he can do. His form for Wolverhampton Wanderers this term has seen links to multiple top clubs, with Liverpool emerging as favourites for his signature. However, if they can't get Sancho, Manchester United may also wish to join the race for the Spaniard's signature.

Traore has played mostly in a wide position, where his speed allows him to win one-versus-one against almost any full-back. Then, once he has worked an angle, he can work balls into the box for strikers like Raul Jimenez to attack. His crossing has improved – hence the seven assists this season – but he doesn't always stay near the touchline.

The 24-year-old can come inside and receive between the lines. While Sancho may beat a defender with skill, Traore barges through them, combining a good touch with incredible upper-body strength. It's a different method, but it works – no Premier League player dribbles more than he does and only four are fouled more often per game. Add to that the fact he can play anywhere along the frontline and is devastating in transition, and Manchester United would be foolish not to consider him.

Names like Sancho, Traore and Chiesa may sound more exciting, but Thuram will be up there with them soon. After an impressive season with Guingamp in Ligue 1, he has enjoyed an outstanding debut term in the Bundesliga, scoring 10 goals and assisting eight in 30 appearances while playing predominantly in a wide role for Borussia Monchengladbach.

The Frenchman, who is the son of 1998 World Cup-winning defensive supremo Lilian Thuram, is probably stylistically the most different to Sancho on this list. He is a decent dribbler, but not exceptional. He is quick, but not lightning fast. However, he does bring other qualities to the table. Firstly, in build-up he uses his body well to beat defenders or to hold the ball in with his back to goal. Secondly, he has excellent movement in the final third, constantly finding spaces to get on the end of attacking moves. 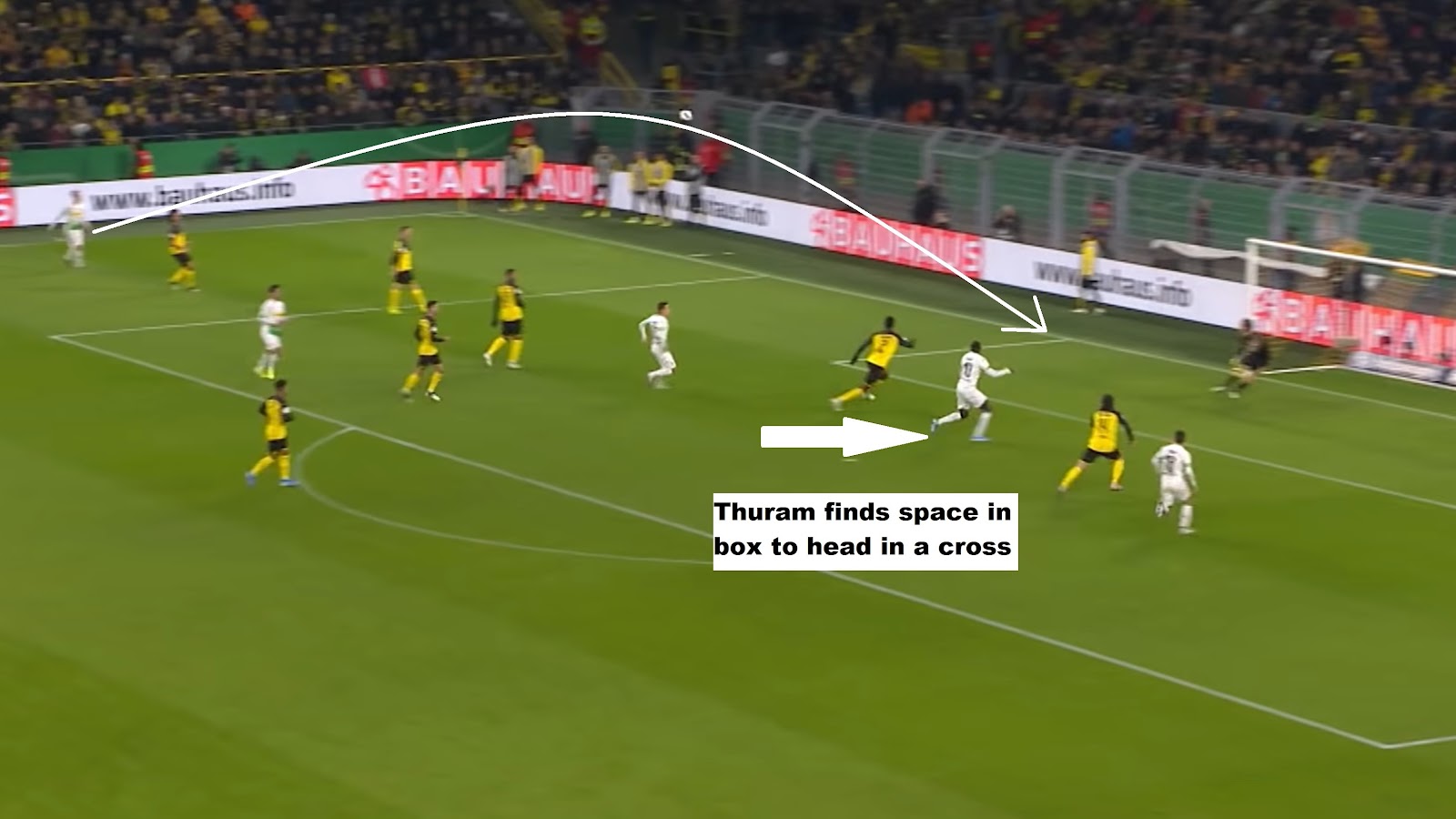 A lot of what makes Thuram so good is subtle, whether it be the way he uses his arms to fend off markers or the intelligence with which he times his runs into the penalty box. But the numbers are evidence that what he does works, and Manchester United could do with that sort of efficacy against stubborn defensive opponents.