A pleasing debut for Jose Mourinho at Tottenham Hotspur grabbed the headlines from the 13th set of 2019/20 Premier League fixtures, and although their performance was tactically impressive perhaps the most significant result came right at the end of the round.

Aston Villa desperately needed three points to end a worrying patch of form and by despatching Newcastle United moved within one point of Steve Bruce's side.

The weekend games also left three managers on the brink. Everton, West Ham, and Arsenal all dropped points; as the post-Pochettino manager bounce lifts Spurs, all three boardrooms will surely be closer to pulling the trigger than they were a week ago.

Here are three tactical things we learnt from the weekend games:

It hasn't taken long for the Spurs players to absorb their manager's tactical instructions.

Mourinho likes to clearly separate attacking and defensive roles for each player on the pitch, and at West Ham that meant five defenders and five attackers in an unusual 3-2-5 when in possession.

A double pivot of Harry Winks and Eric Dier rarely moved forward, helping to shut down counter-attacks, while Ben Davies became part of a back three as Serge Aurier poured forward to join the front four.

Mourinho is unfairly labelled a defensive coach because of his negative tactics in the biggest matches (disproportionately viewed by neutrals on TV), whereas he actually gives more creative freedom to his attacking players than Mauricio Pochettino. The Argentine coaches highly specific attacking moves in the final third but by contrast Mourinho offers genuine freedom – hence the constant runs on the shoulder of the last defender from Harry Kane and Son Heung-Min.

Dele Alli's revival owes to Mourinho's focus on quick vertical football, with Winks and Davies consistently firing balls into his feet in the number ten space. West Ham were extremely accommodating opponents, but nevertheless with a strong defensive blockade, free-wheeling attack, and simplified and demarcated roles, Tottenham immediately looked like a Mourinho team. 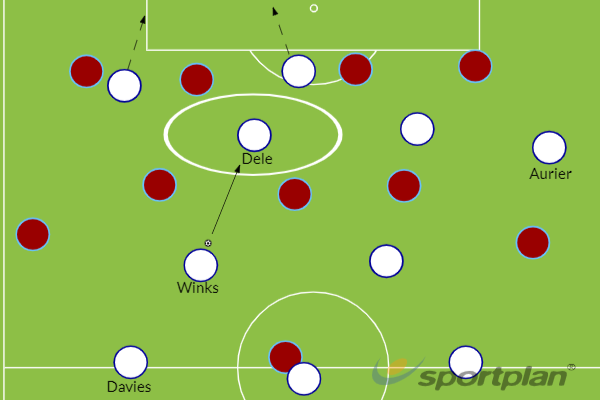 For the first 25 minutes at the Etihad Chelsea were on top and could have put this game to bed, thanks mostly to the complex relationship between Frank Lampard's three midfielders and Man City's early positional confusion.

N'Golo Kante unexpectedly drove forward into the pockets of space that opened up behind Kevin de Bruyne and Rodri, both of whom unnecessarily pressed high even as the City centre-backs nervously dropped off.

Chelsea were able to expose the gap that opened up between the lines via the diagonal movement of Willian and Christian Pulisic into this zone – and because Jorginho and Matteo Kovacic have a superb partnership at the base of midfield. Their interchanges helped work around De Bruyne and Rodri.

However, City recovered once their two midfielders got a grip on the game, at which point Pep Guardiola's aggressive pressing and high back line prevented a tiring Chelsea from building with any fluency.

The hosts' first goal was also their first counter-attack, emphasising Lampard's ongoing issue in the transitions, while the second was just inexperienced defending.

Chelsea's development is way ahead of schedule, but City's growth in this game ultimately showed the gulf in class between the sides.

An inexplicable ten-minute comeback at Bramall Lane ought not to hide a truly baffling tactical plan devised by Manchester United manager Ole Gunnar Solskjaer, whose obvious inability to coach his players properly or instil a playing on the squad makes him ill-suited to the job.

With Mauricio Pochettino waiting in the wings, errors like the ones made on Sunday significantly weaken his position at the club.

Man Utd lined up in a maddening 5-2-3 formation, as if Solskjaer had decided to mirror Sheffield United's system but somehow managed to get it wrong.

By emptying central midfield, playing a flat back five, and instructing his three forwards to stay narrow, Solskjaer essentially isolated Fred and Andreas Pereira in the middle of the park. The sharpness and complexity of Sheff Utd's three-man midfield meant the visitors would always be completely outnumbered and overwhelmed with this shape.

Narrow forwards made no sense because it simplified a three-on-three for the Sheff Utd defenders, the choices of wing-backs were far too defensive for Man Utd to get up the pitch, and the selection of a rusty Phil Jones proved disastrous; by playing an unfamiliar back three, Man Utd's defenders could not communicate properly. The Blades' usual tactic of long balls into the channels for the two strikers was alarmingly effective. 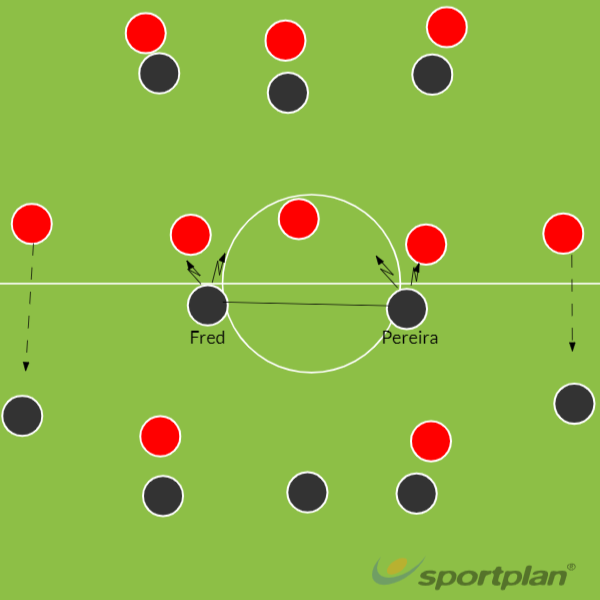 This was by no means a vintage Aston Villa performance, but two set-piece goals courtesy of Conor Hourihane gave them what was nevertheless an extremely comfortable home win.

Dean Smith's team held 62% possession, controlling the game as Jack Grealish and John McGinn tried to cut through an ultra-defensive Newcastle blockade. The only relief for Steve Bruce's side were some chaotic runs from Allan Saint-Maximin and Miguel Almiron.

The visitors never looked like scoring, their negative football a familiar sight for Villa fans who endured two dull years with Bruce in charge. Here was the perfect example why the club needed to move on; supporters will have gone home counting their blessings that the board swapped a defensive coach for a proactive one.

Worst of the week – Arsenal's performance against Southampton

Unai Emery's 3-4-1-2 wasn't necessarily the wrong shape to work through Southampton, but the pattern of Arsenal's passing didn't really make any sense on Saturday. Saints' high-pressing 4-4-2 made it difficult for the hosts to build out from the back, quickly getting into the wing-backs and countering behind an under-stocked midfield.

However, they were helped significantly by Arsenal's decision to constantly look to get Kieran Tierney and Hector Bellerin on the ball despite the number of bodies through the middle. Repeatedly shifting play into the channels, where isolated wing-backs would be hounded until the ball went out of play, was the sort of nonsensical tactic we have seen far too many times from Emery this season. He surely won't last the calendar year.