For a long time it looked as though the Premier League season would end with an explosive outcome to unsettle English football's recent traditions, and yet by Sunday evening Chelsea and Manchester United had made it into the Champions League, Tottenham came sixth, and West Ham and Aston Villa had survived the drop.

For all the supposed importance of tactical strategies in modern football, it remains of secondary importance. Wealth is power, and when the dust settled on the 2019/20 season, the richest clubs won their respective fights.

Here, we take a look at the most interesting tactics in a review of the season, analysing seven Premier League managers who best defined the tactical story of the campaign.

BEST TACTICIANS OF THE SEASON…

An extraordinary campaign sadly ended with three consecutive defeats that meant Sheffield United missed out on Europe. Things might have been so different had Wilder's side not lost momentum during lockdown.

Their over-lapping centre-backs were the only genuine tactical innovation of the season, and it was tentatively copied by Newcastle United and Chelsea at various points. But United are far more than just that. Wilder's 3-5-2 has constant positional switches, with set moves committed to muscle memory in a compressed structure that makes them difficult to break down (only the top three conceded fewer than their 39 goals) and very hard to track.

They generally attack down the flanks, bunching a wing-back, outside central midfielder, striker, and overlapping centre-back over to one side in order to numerically overwhelm the opposition, passing in triangles until they arrive in the box near the byline. If that doesn't work, a brilliant diagonal from one of their talented midfielders will find a now-emptied opposite flank. 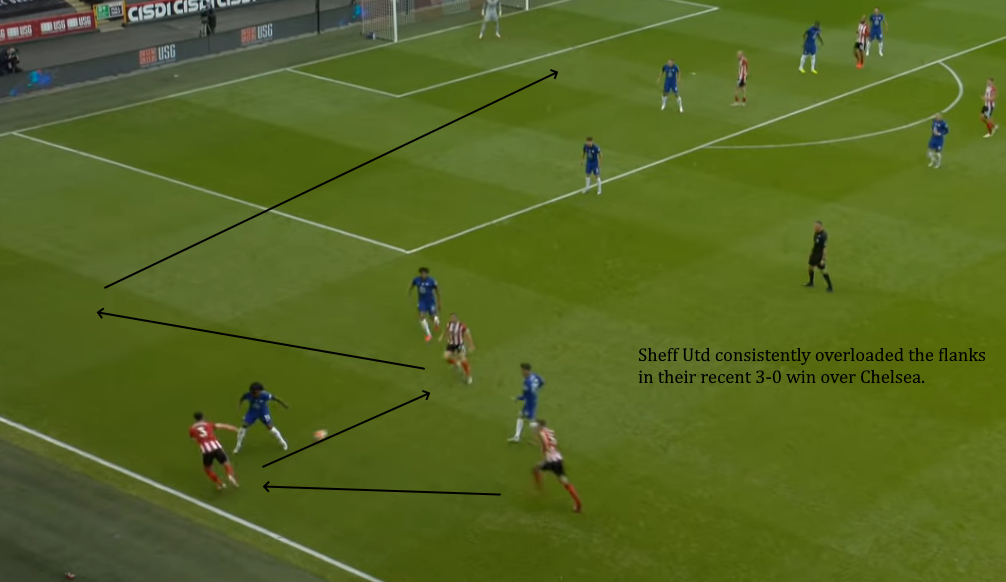 What is there left to say about Klopp's Liverpool? The sheer variety in their tactical strategy explains their consistency this season, with the German's incredible attention to detail in organising his team's attacks leading to goals from all areas of the pitch. Perhaps the most impressive thing about his tenure at Liverpool is adapting his gegenpressing football to a more controlled possession system, which became a necessity in 2018/19 when opponents began to sit deep.

Liverpool's full-backs operate more like playmakers, overlapping Sadio Mane and Mohamed Salah (who pulls the opposition full-backs too narrow to track Trent Alexander-Arnold and Andrew Robertson) or cutting into the half-spaces. Roberto Firmino remains the most under-rated point of their attack, while Virgil van Dijk's long balls over the top and Jordan Henderson's interrogative from the right side of central midfield have also emerged as new creative methods.

Southampton's final day victory over Sheffied United lifted them above Leicester City on points won since their infamous 9-0 defeat to Brendan Rodgers' side in October, a remarkable turnaround highlights the brilliant tactical strategy of their manager Raph Hasenhuttl.

He is the perfect embodiment of contemporary tactics, using a high press and quick counter-attacks to fire Southampton at pace into the final third in Klopp-esque fashion. Saints completed the second most tackles in the division (18.6 per game) and the fifth most interceptions (11.2 per game), a testament to the ruthless organisation of the pincer press, engaged in short bursts to target specific opposition weaknesses.

Danny Ings, whose movement and link play make him more than just a goalscorer, was the key man, while the intelligence and discipline of James Ward-Prowse and Pierre-Emile Hojbjerg is often overlooked. Saints will do well to hang onto Hasenhuttl for much longer. 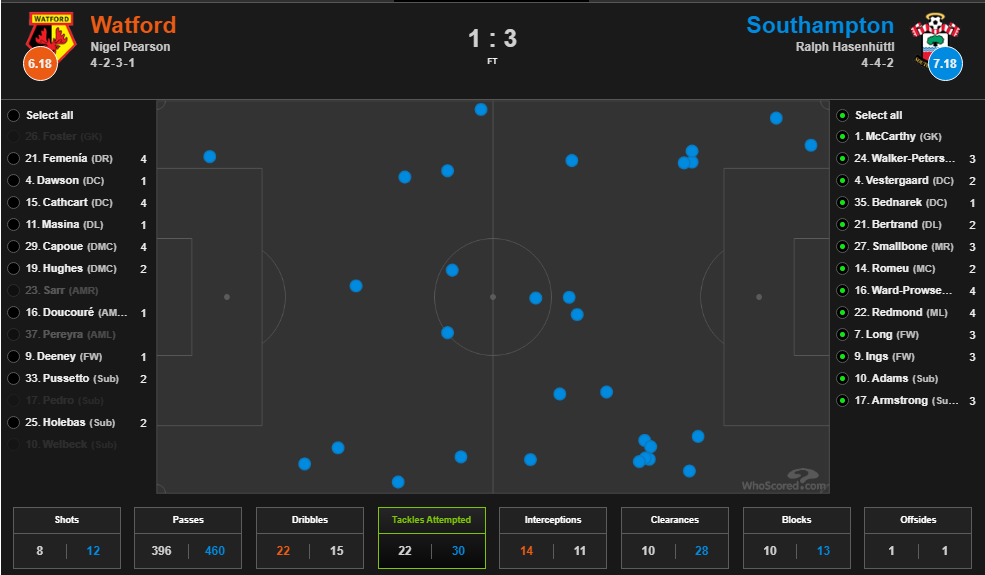 Having initially trialled a possession-based 3-2-5 on arrival in north London, Jose Mourinho used lockdown like a mini pre-season to imprint his brand of football on the club. Many pundits had already written him off after Spurs ambled and stuttered through spring, struggling with the harsh transition between Mauricio Pochettino's high pressing, expansive system and the polar opposite under Mourinho.

A six-game unbeaten run at the end of the season has seen Spurs collect the fourth-most points since the Portuguese was appointed, and certainly since the restart they have looked like a proper Mourinho team. Spurs are sitting in a compressed midblock, allowing the opposition to hold the majority of possession, and then counter-attacking at speed through Lucas Moura and Heung-Min Son, with Harry Kane the target for long balls forward.

From his very first game in charge Mikel Arteta looked the real deal. The structure and positional interchanges were immediately apparent as Arsenal, after years of stagnation, began to play with a clear Guardiola-esque style. It has been a difficult first few months results wise, but there is little doubt Arteta – who prioritises intelligent young players he can sculpt into a complex possession-dominant team – will get it right.

Bukayo Saka has emerged as the fulcrum, the centre-piece of the project. His movement between the lines embodies the Guardiola/Arteta way; Arsenal's new manager is similarly dividing the pitch up into segments and ensuring an even spread across the width and depth, implementing total control via a sharp press and high-tempo passing. The 3-4-3 looks like a stop-gap for now, and the defeat to Aston Villa was further proof the board need to give their talented young manager money to spend. 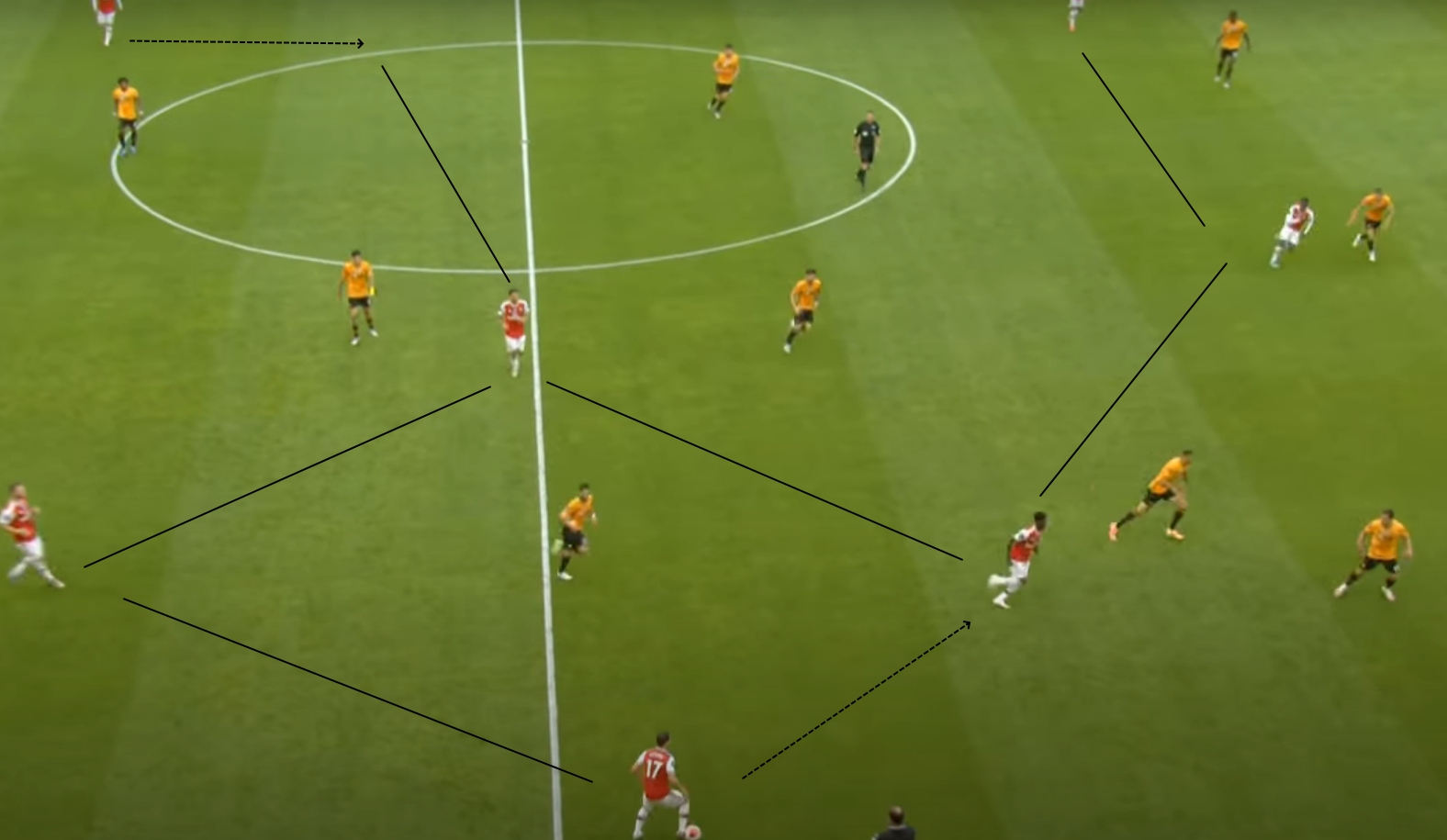 There is no doubt Lampard has achieved his goal for the season, but Chelsea fans should be alarmed by his failure to learn from tactical mistakes that have undermined the club since the very first game of the season – a 4-0 defeat to Manchester United that set the tone. Chelsea conceded more goals (54) than any club in the top ten, largely because their hopelessly decompressed formation – a knock-on effect of improvised attacking patterns – is so easy to counter-attack.

Like Lampard the player, Chelsea move freely in attack, meaning their team shape is unprepared to screen against counters. This is a serious tactical issue that the manager has been unable to solve, with talented defensive midfielders like Jorginho and N'Golo Kante continually looking lost; over-exposed in a porous central midfield.

Lampard does not coach specific attacking lines, known as automations, but instead expects his players to work things out for themselves. That leaves them disorganised defensively and vulnerable to the effects of low confidence, hence their patchy form throughout 2019/20. 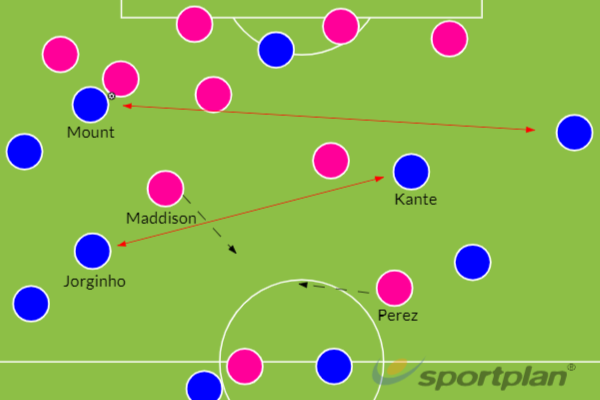 The headline issue at Man City this season has been a weak central defence, but while Guardiola's decision not to replace Vincent Kompany partly explains why they lost nine league games it does not tell the whole story. Guardiola is becoming guilty of repeating mistakes, of creating an inherently vulnerable defensive structure that allows opponents to counter-attack with balls over the top of the defence or down the flanks.

Clearly Guardiola has a blind spot, while Rodri and Ilkay Gundogan are unable to stamp out counters at source in the way a younger Fernandinho could. New signings in this area should help. Then again, City have already spent £190 million on John Stones, Benjamin Mendy, and Joao Cancelo; Guardiola should take the blame for his inability to solve the conundrum.