Talking Tactics: How stunned Liverpool must adapt without Van Dijk

Liverpool are in a bit of trouble. Dropping four points from their first five games of the season was already alarming for Jurgen Klopp, especially given Saturday's 2-2 draw with Everton meant they have collected a mere 30 points from their last 16 Premier League games. That's barely good enough for top four.

But after shipping seven goals to Aston Villa in a game that exposed some troubling defensive issues, things reached a new nadir at the weekend when Virgil van Dijk was on the receiving end of a horrific challenge from Jordan Pickford and ruptured his ACL. He will be out until at least March.

Losing Van DIjk is a major blow to their title challenge in a campaign that already looked like a difficult one prior to the Merseyside derby.

Here's analysis of what the club will lose, what issues are developing in Klopp's defence, and the options available to fill in for Van Dijk.

WHAT LIVERPOOL LOSE WITHOUT VAN DIJK

Before Van Dijk joined Liverpool their high defensive line was a big problem, with opponents frequently finding space to make runs in behind and drag the centre-backs out of position. After Saturday, this is clearly the biggest issue for the champions considering it was already re-emerging; let's not forget Van Dijk was under-performing this season prior to rupturing his ACL.

Liverpool were also particularly vulnerable from set-pieces prior to his arrival, and that is a concern supporters will be desperate not to see return. Given the speed of Villa's counters this season and the extent to which opponents are exposing their high line, Liverpool can expect to concede a lot of corners and dangerous freekicks.

And then there's Van Dijk's leadership and general organisation of the defence, an intangible quality that has kept Liverpool's rhythm and stoicism consistent for the last two years. There is an awfully big hole in the side without him. 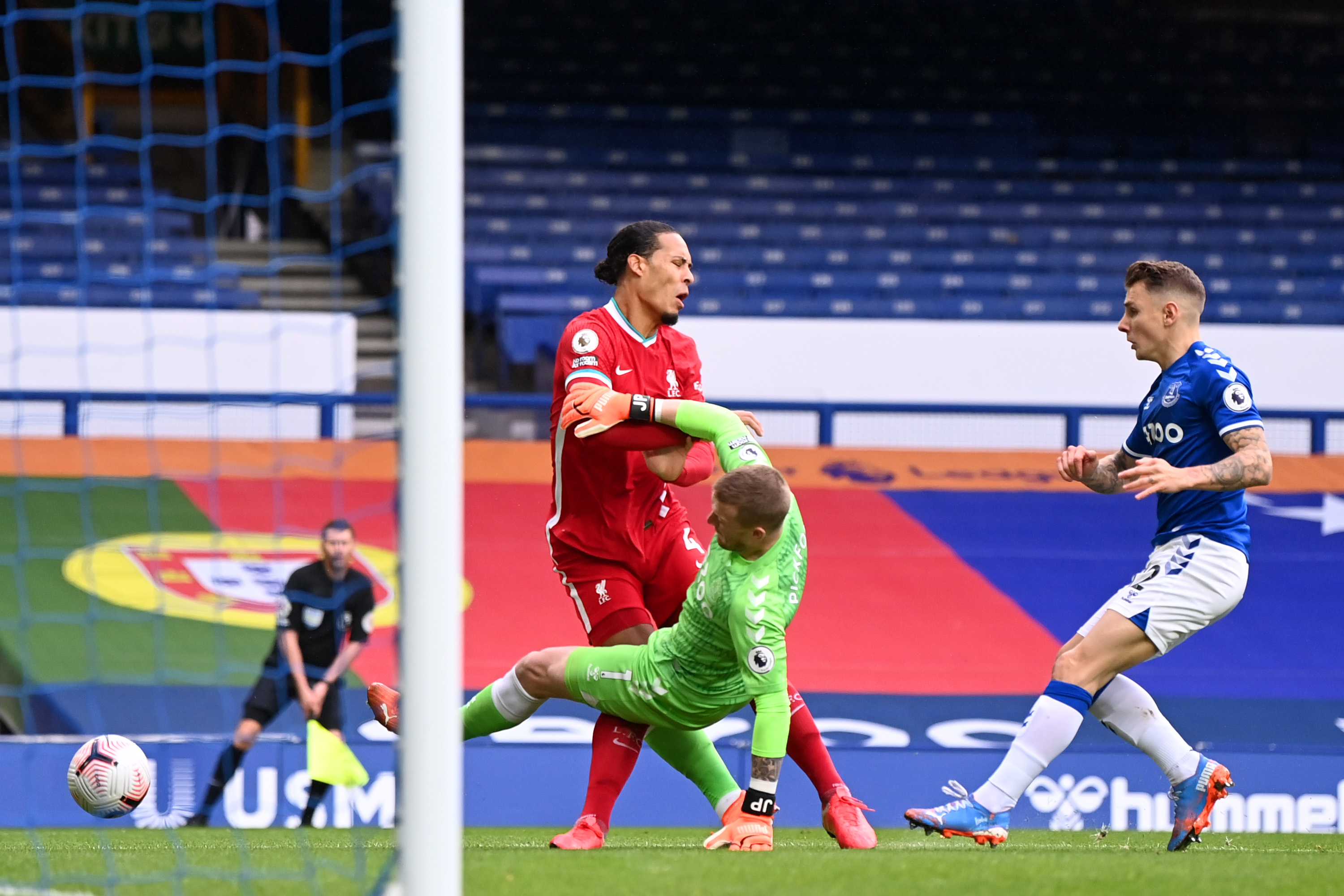 WHY A GOMEZ AND MATIP PARTNERSHIP COMPOUNDS EXISTING ISSUES

The main problem with Liverpool's defensive record this season is actually located in central midfield, not defence. Something psychological shifted dramatically after Watford beat them 3-0 in February, and, no longer frightened by Klopp's attack into retreating into their own third, emboldened opponents are quickly hitting the spaces behind the full-backs.

A narrow midfield and narrow front three is leaving too much space to counter-attack in these areas, but equally significant is a drop-off in their pressing game. The midfield and forwards aren't closing down with the same intensity, giving time to the opposition midfielders to get their head up and pick a pass – either behind Liverpool's high defensive line or across into the wide areas left unmarked by Klopp's narrow formation.

Playing Joe Gomez and Joel Matip together compounds the problem simply because neither player is as adept at Van Dijk at sprinting back and recovering, or at getting out to the wide areas to cover for the full-backs. Neither player is quite good enough to deal with such a brutally high defensive line and a dip in form among the midfielders. It is exactly the scenario that faced Manchester City last season when Aymeric Laporte got injured. It could lead to the same result.

HOW LIVERPOOL'S POSSESSION GAME WILL BE HIT

Van Dijk was also an important player on the ball. Liverpool's dynamic possession football relies on very quick distribution out to the high full-backs, with Klopp's tactics more focused on fast transitions than prosaic ball distribution.

First and foremost, Liverpool will miss Van Dijk's pinpoint long balls out to Trent Alexander-Arnold and Andrew Robertson – a huge loss that could make the champions a little bit predictable.

But their possession will also suffer because Van Dijk was their only left-footed centre-back. With a right-footer on that side, Liverpool won't have quite the same passing angles to shift the ball out to the left or play incisive forward passes on the correct side of the opposition midfield. 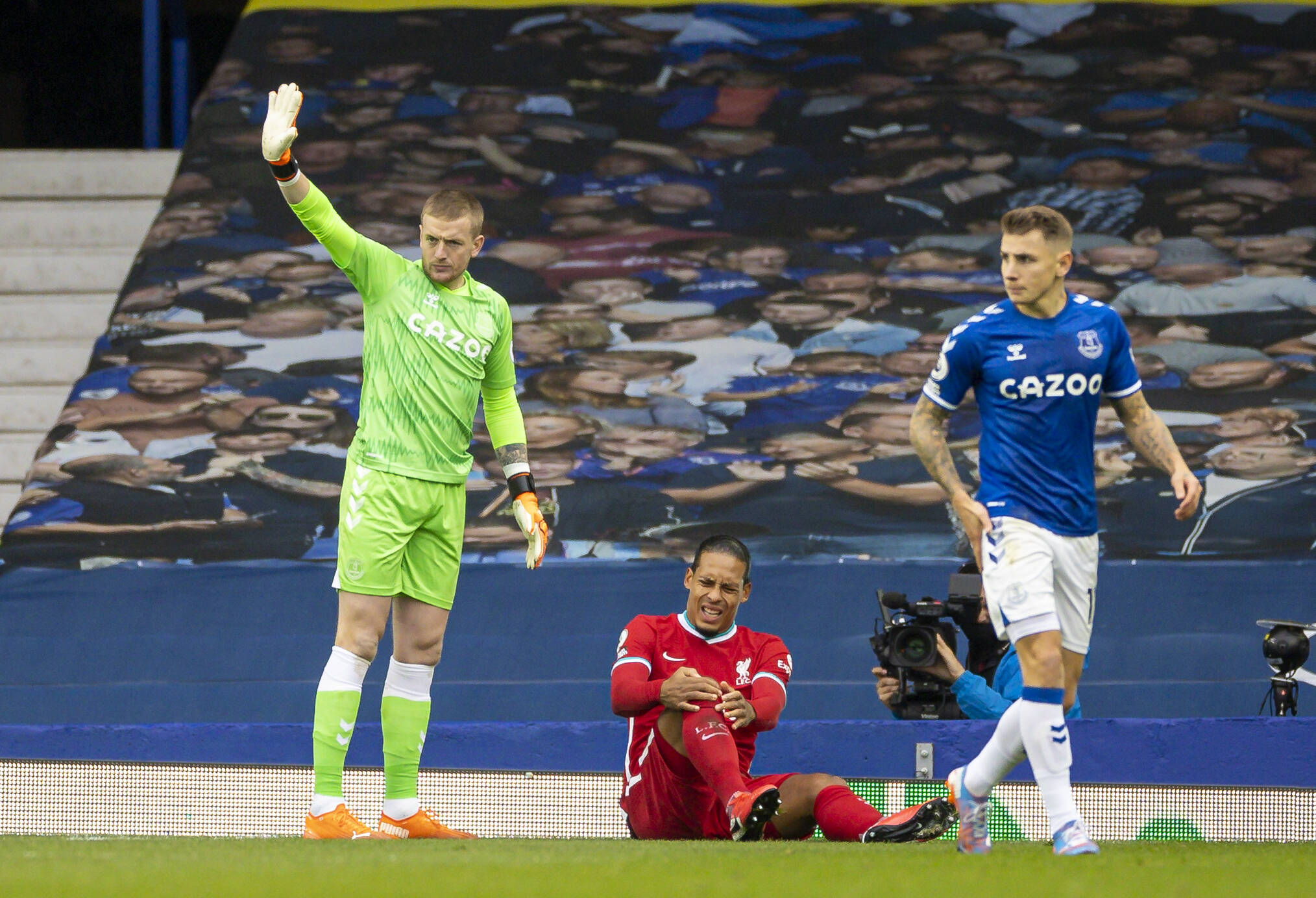 THE PROBLEM WITH FABINHO AT CENTRE-BACK

Klopp may choose to permanently move Fabinho into centre-back, a position he has filled successfully in the past. However, the Brazilian is a vital cog in central midfield and removing him from that area only exacerbates the defensive frailties that have started to affect Liverpool's game.

Fabinho's ability to break up the play has never been more important now that Liverpool's other midfielders are failing to press as high or as hard. Take him out, and the issue is compounded. Klopp would be better off trusting Matip and Gomez form a partnership together.

The only change available to the Liverpool manager is to drop the defensive line back, even though getting hit with balls in behind is merely a symptom of a less intense press, not the cause of their uninspiring start the 2020/21 campaign.

Without Van Dijk, clubs will be completely fearless in hitting long balls over the top and confronting Liverpool high up the pitch; it is perhaps time for Klopp to humbly drop the defensive line a bit and allow his team to feel their way into each contest.

Liverpool's win percentage without Van Dijk is just 40%. He is the single most important player in Klopp's first 11 and consequently is irreplaceable – in terms of his leadership and organisational qualities, his defending, and his distribution on the ball. The most likely scenario is that his absence knocks a good 10 points off Liverpool's season total.

Fortunately for Klopp, Manchester City look far from settled and the Premier League looks more chaotic than ever. It may only take around 85 points to lift the trophy, and if that's the case then Liverpool are very much in the title race. But if Man City get their act together, Van Dijk is simply too big a loss for the club to be challengers.