Talking Tactics: How Solskjaer can guide Man Utd to victory over Man City

Manchester United exited the Champions League on Tuesday night after losing 3-2 to RB Leipzig. A late comeback wasn't enough to get the point required as United fell to third place in their group, meaning they drop into the Europa League after Christmas. The result heaped pressure on manager Ole Gunnar Solskjaer ahead of a big Manchester derby on Saturday.

Pep Guardiola's Manchester City travel to Old Trafford on the back of consecutive wins over Fulham and Burnley following a surprise defeat away to Tottenham Hotspur. They currently sit one point and one position behind Manchester United in the Premier League table. For Solskjaer, defeat and falling behind rivals would be a poor ending to an already bad week. Here's what he needs to do to get a crucial result.

Solskjaer has flitted between systems this season. The 4-2-3-1 has remained his favoured format, though he has also experimented with a diamond midfield. Away to RB Leipzig he re-introduced the 3-4-1-2 he used for big games last season, with Bruno Fernandes behind the front two of Marcus Rashford and Mason Greenwood, but it categorically did not work.

Despite the presence of an extra defender, United were constantly caught out by switches of play. Leipzig left-back Angelino, who previously played for Manchester City, gave Aaron Wan-Bissaka a particularly torrid time with his overlapping runs to receive diagonal balls behind the right-back. It was from this very situation that Leipzig opened the scoring on the night.

Solskjaer's men were also unable to deal with crosses into the box, despite a three-man central defensive setup of Victor Lindelof, Harry Maguire and Luke Shaw. For Leipzig's second goal, Shaw failed to get back in position quickly enough on the cross, meaning left wing-back Alex Telles had to cover for him. Telles' man, Amadou Haidara, was consequently free at the back post to volley home. 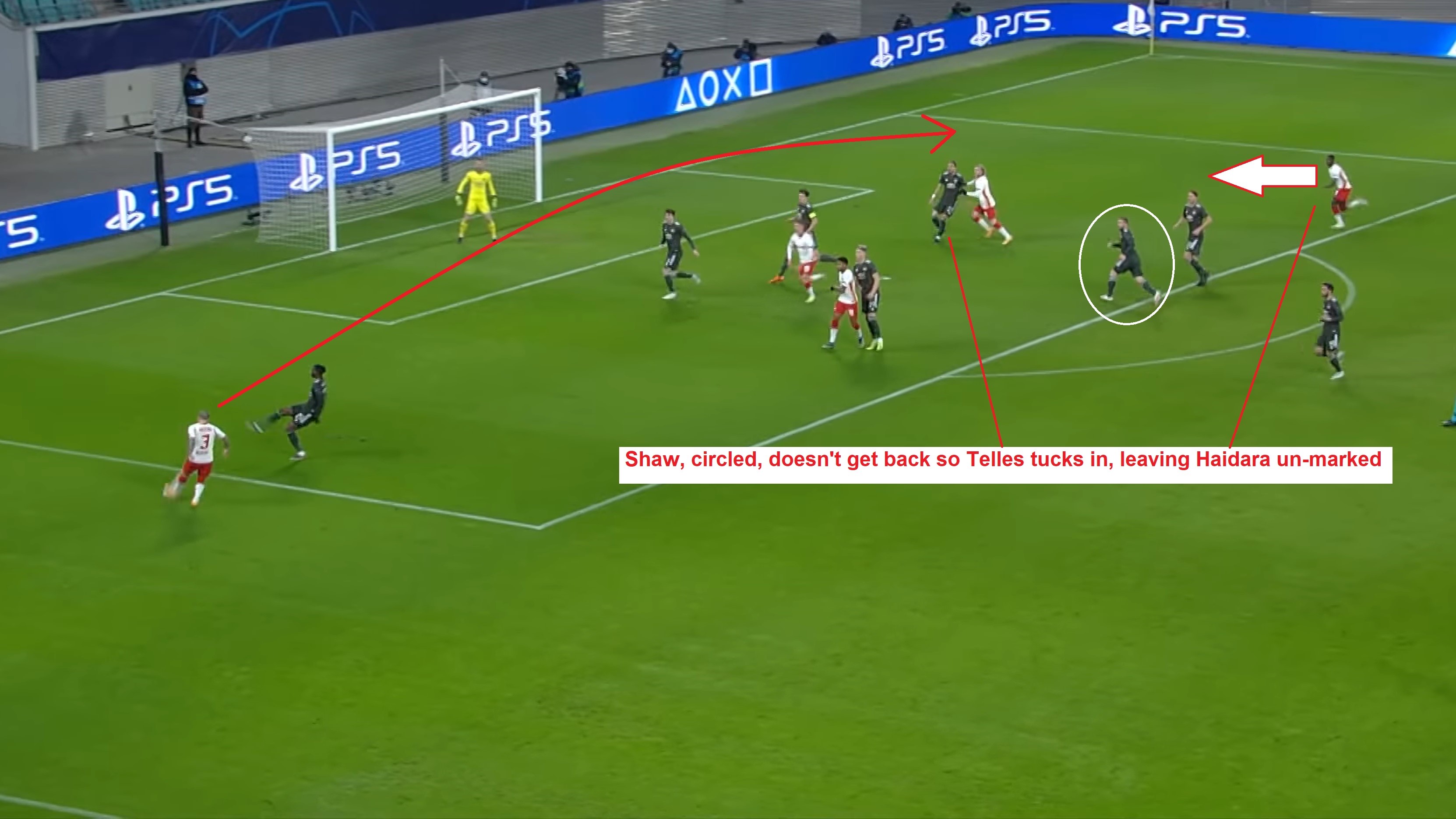 Minutes later, Leipzig nearly scored again after a switch of play released Angelino on the left. He crossed in and once more Shaw's positioning was questionable, leaving a large gap between him and Maguire for Emil Forsberg to exploit and shoot.

Poor defence of crosses also led to Leipzig's third goal, which was enough to seal defeat for Manchester United. If they're to do better against Manchester City they need to defend their box properly, with much greater organisation. That may mean Solskjaer reverting back to a four-man defensive line without Shaw.

Manchester United have their defensive problems, but they remain a serious counter-attacking force. According to WhoScored, no Premier League team has scored more than their four goals from counter-attacks this season so far. Last term, this quality on the break helped to put their rivals to the sword in both Manchester derbies.

In their 2-1 away win over City in December 2019, Solskjaer's men had 28 per cent of ball possession. Then, three months later in a 2-0 win at Old Trafford, they had just 27 per cent. Across two derbies and 180 minutes of football, United spent a total of around 49 minutes on the ball and still managed to secure maximum points.

Obviously, if they are to repeat that feat on Saturday, they need to be better without the ball. Manchester City may not possess the crossing threat of RB Leipzig, but their attack is packed with dynamism, creativity and skill in the form of Kevin De Bruyne, Raheem Sterling and Riyad Mahrez and they don't need a helping hand from disorganised opposition to score. But assuming United re-find some form of defensive solidity, they have the pace to cause problems on the counter.

Guardiola has found it tough to replace Fernandinho at the base of midfield, with Rodri struggling to cope with the mobility of opposition forwards. As a result, he City's boss often sacrifices an attacker for another midfielder in Ilkay Gundogan, giving Rodri a midfield partner and less ground to cover in transitions. This, however, has a negative impact on the team's attacking play, as they have less options between the lines to penetrate through.

If Solskjaer goes with a front two or three featuring the likes of Rashford, Greenwood and Anthony Martial, he will load his frontline with the pace to hurt City through quick transitions. This means leaving out Edinson Cavani, but it would be worthwhile to exploit Rodri's weaknesses.

Six minutes into their trip to face Manchester City in late November, an errant pass saw Burnley give up possession. Seven seconds and eight touches later, the ball was in their net. Rodri seized upon the pass and found Ferran Torres, who found, De Bruyne, who played Mahrez in first-time to finish. The speed of passing and movement was devastating. 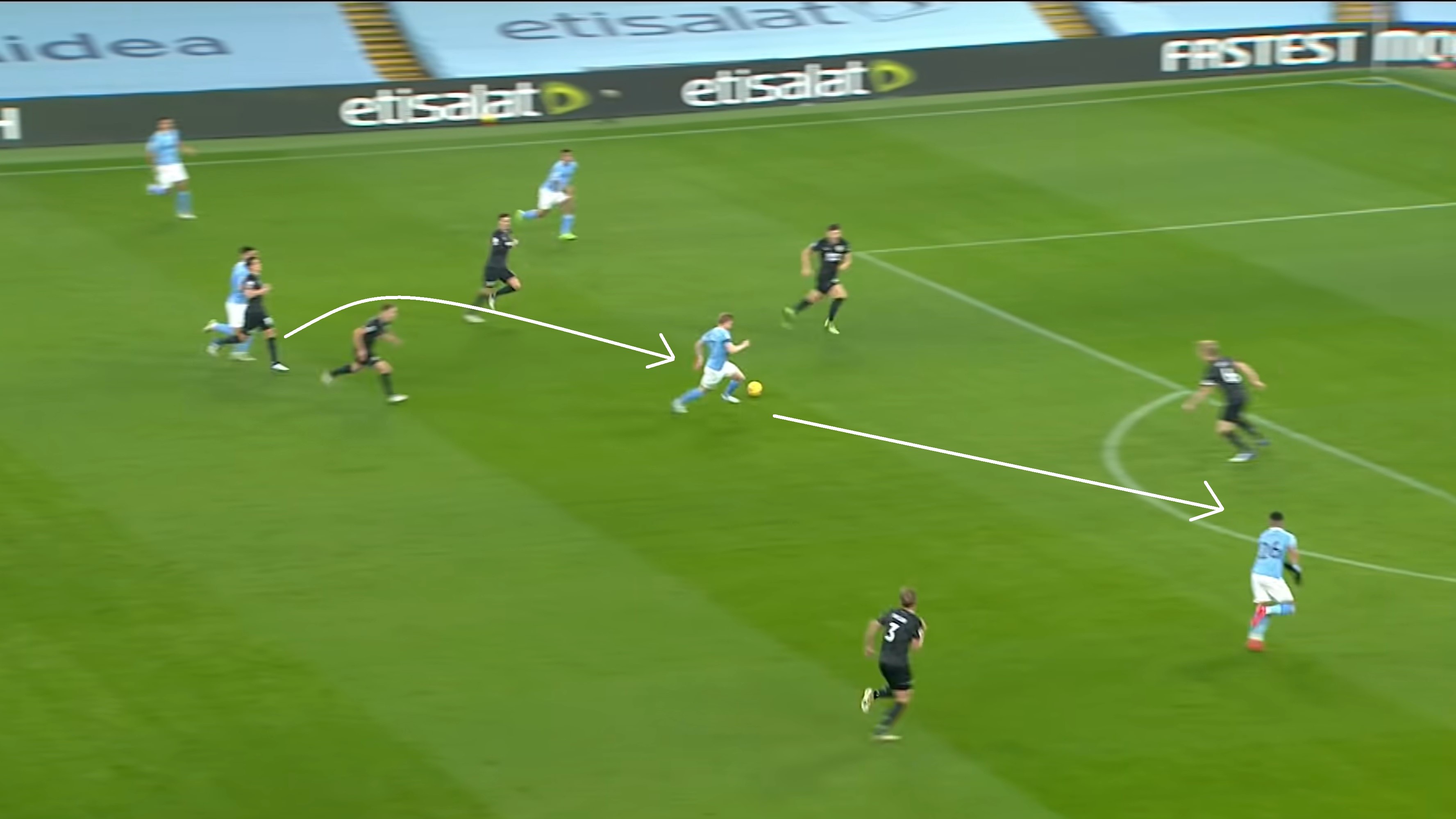 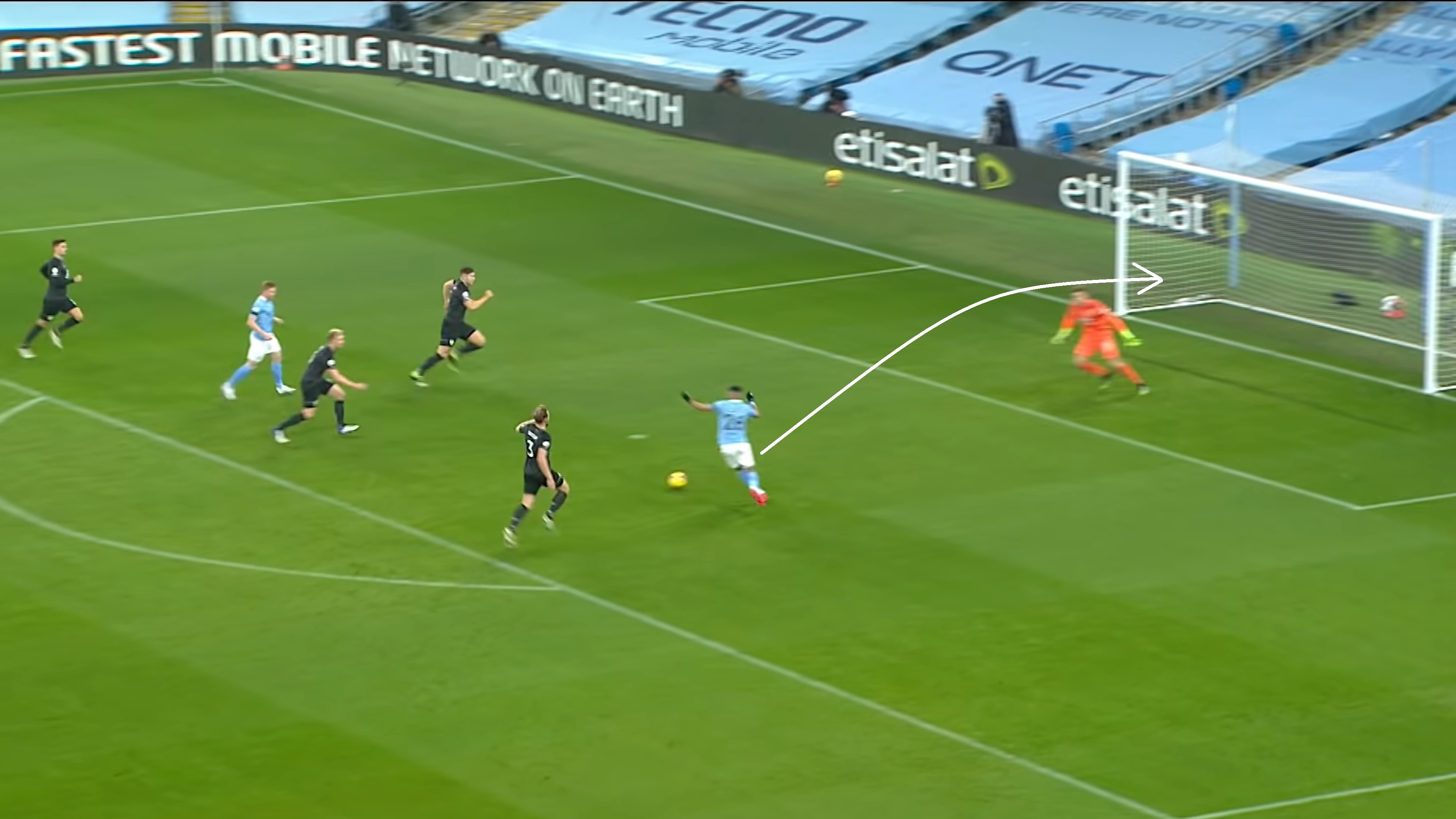 This could be problematic for a Manchester United side who have both struggled to build possession from the back and looked disorganised on a number of big occasions this season. It's highly optimistic for Solskjaer to rely on his players keeping their shape and blocking their opponents for 90 minutes, especially when they will be hoping to break out themselves, so he may need to compensate with clear instructions for specific individual players.

Matic is an experienced defensive midfielder who lacks the speed to get up and down the pitch, so could be used as a pure holding player to make sure there is always someone in front of Maguire and Lindelof to reduce defensive gaps. Another player who could be given a unique role is Wan-Bissaka, a strong one-v-one defender who could be asked not to stray too far forward when his team are attacking so as to remain close to his central defenders and Matic.

After the Champions League exit it's officially damage limitation time for Solskaer. An organised team performance may be too much of a turnaround to hope for in the space of a few days, but asking one or two individual players to be cautious positionally is perhaps a more realistic way of keeping Manchester City at bay.