The last 16 of Euro 2020 saw the tournament burst into life: 29 goals across eight fascinating matches left the two favourites, France and Portugal, crashing out and another manager losing his job. Frank de Boer's resignation this week was an acceptance of his tactical deficiencies at this tournament, and indeed it was a round full of tactical failures and triumphs.

At the end of it all England, with their quiet and reserved idea of how to play international football, are widely regarded as the new front-runners. Gareth Southgate's side are yet to concede a goal, and after the madness of Monday – 14 goals in two games – defensive solidity is a very appealing trait.

Here is a tactical review of the second round of Euro 2020:

Didier Deschamps' France floated hazily through this tournament, perhaps struggling to focus and believing in their own hype a bit too much. The tactical strategy had always been to keep things tight, sit relatively deep, and rely on individual moments of quality (mainly from Kylian Mbappe and Paul Pogba) to seal the win. But that all came crashing down on Monday when Deschamps made a series of bizarre decisions.

First, by starting in a 3-4-3 he introduced an unfamiliar system that confused his players. The obvious weak link at the back, Clement Lenglet, was hapless in a back three and his mistake cost France in the first half. But the bigger error came from Deschamps at half-time; he rightly abandoned his failed experiment but over-corrected it with a weird 4-2-4 formation that lacked numbers in midfield and was incredibly open on the flanks.

Within ten minutes of the restart Switzerland tore down one unmanned wing and hit the post, then tore down the other leading to a struggling (and overworked) Benjamin Pavard giving away a penalty. In the crazy four minutes that followed France's gung-ho tactics gave them the lead, but this was a wild contest and by the time Pogba made it 3-1 Deschamps should have been scrambling to shut it down.

Instead, he waited until the 86th minute – after Switzerland had scored their second – before bringing Moussa Sissoko on. The 4-2-4 stayed, and France were inevitably cut down. 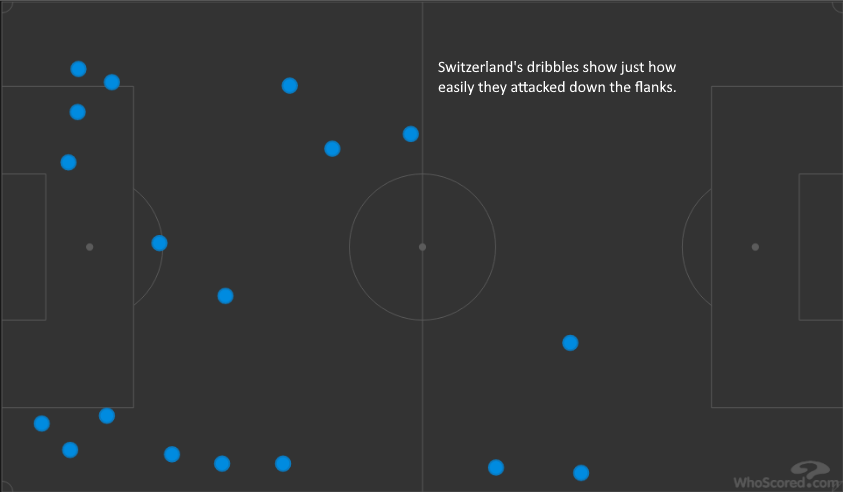 Spain's 5-3 win over Croatia was just as maddening, from a tactician's perspective, as the France game. Luis Enrique and Zlatko Dalic both like to play high-pressing possession football and that is very rare in the international game, explaining why this game lurched back and forth for a full 120 minutes. There was acres of space between the expanded lines, and huge pockets for the two sets of midfielders to play simple progressive passes to each other.

Luka Modric sat high and Spain were too busy pressing the Croatian defenders to mark him, while Croatia's own pressing game made it easy for Sergio Busquets to repeatedly feed Pedri and Koke. Essentially, the two sets of midfielders had total freedom to create, with Spain ultimately victorious because they had the stronger forwards to finish those chances. It was a lesson in the need for control, for slowing the tempo down in midfield, and for compression between the lines.

That was a lesson we also got from Belgium's fortunate escape in a 1-0 victory over Portugal. Roberto Martinez's side were outshot 23-6 as Axel Witsel and Youri Tielemans became hopelessly overrun by the sheer number of bodies in the Portugal centre – once Fernando Santos made his first substitutions in the 55th minute. He brought Bruno Fernandes into midfield to replace the less energetic Joao Moutinho and gave Joao Felix the task of dropping deep to sew things together.

These two ran the show, creating chances from within the acres of midfield space afforded by Belgium's tiring midfield partnership. Santos was very unlucky, having made the right changes to take control of the middle.

After a nervous first ten minutes in which Kalvin Phillips and Declan Rice threatened to become overwhelmed in midfield Southgate's game-plan was played to perfection. England decided to mirror Germany's 3-4-3 in order to shut down the wing-backs that had been so dominant in the 4-2 win over Portugal, when Joachim Low's side would overload one side of the pitch before switching play to the free wing-back on the other.

England's caution – their low block, their diligence, and their slow tempo – completely nullified the threat. And once England found their footing they rarely looked like conceding, happily playing things out at 0-0 until the game-changing substitution of Bukayo Saka for Jack Grealish. The Aston Villa captain is a magnet to defenders, drawing them in to free up room for others, and that is exactly how England got their opener. His pause on the edge of the area allowed Luke Shaw to overlap unseen and caused Germany's defenders to lose sight of Raheem Sterling.

But this was as poor a tactical performance from Germany as it was a masterclass from England. Low's team are stuck between their high-pressing instincts and a counter-attacking conservatism that simply does not suit their players. Hovering between the two, it was difficult to know what Germany stood for. It is high time Hansi Flick comes in to impart a clear and purposeful tactical vision. 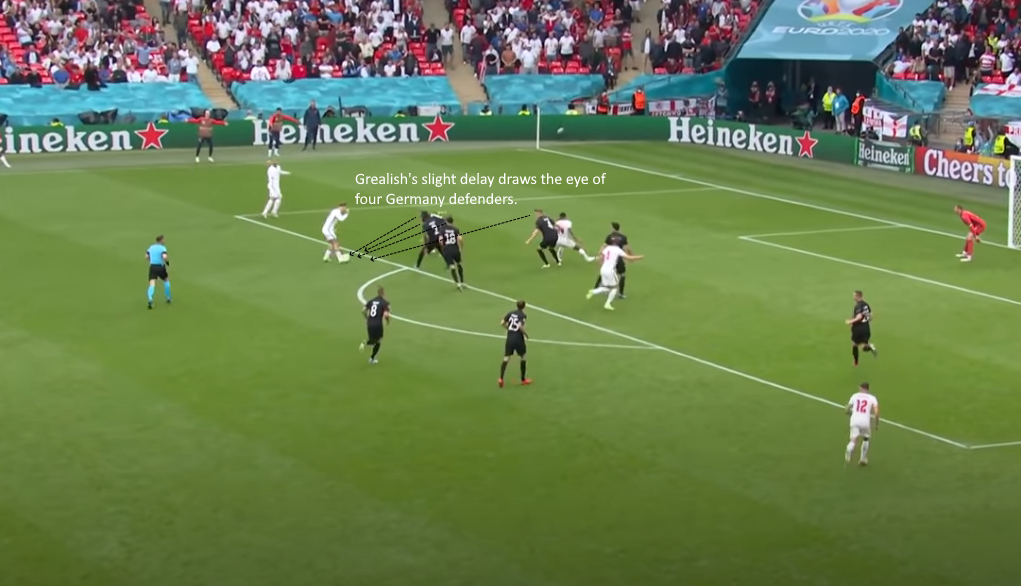 Everywhere De Boer has managed we have seen precisely the same problems: a commitment to hard pressing, high energy, swirling possession football but with nowhere near the positional complexity required to pull it off. He is an idealist without the capacity to implement an idea; a purist without any clarity of vision, hence appalling records at Inter Milan, Crystal Palace, and now the Netherlands.

Time and time again De Boer sides look completely dishevelled when the opponent evades the press and starts to attack, as if they have not been coached how to compress space between the lines. That is how Ukraine scored twice against them in the groups, but surprisingly it is not the main reason they went out in the round of 16. Instead, a clumsy error from Matthijs De Ligt saw the Netherlands go down to ten men – at which point De Boer abandoned his principles.

Switching from a back five to an unfamiliar back four just further unsettled his players, while the decision to move from a high line to a low block made no sense given De Boer's coaching methods: going a man down does not necessitate ripping up the entire tactical framework. The Netherlands players looked baffled by their new roles and inevitably fell to defeat.