Aston Villa have won the FA Youth Cup for the first time since 2002 courtesy of a 2-1 victory over Liverpool at Villa Park.

Villa raced into a two-goal lead within 11 minutes of kick-off and dominated in the first half. Ben Chrisene struck from the edge of the box to end a flowing move for the hosts, and within a few minutes striker Brad Young doubled their advantage from the penalty spot.

Liverpool grew into the contest in the second half courtesy of a formation change and a Melkamu Frauendorf's volley deflected into the net late on, but Villa – confident and technically proficient throughout – held out for a deserved win.

Broadly speaking Villa, managed by Sean Verity and Liam Bramley, play in a similar tactical style to the senior team. They attempted to pass the ball out from the back and dictate the tempo in an expansive style, doing so with a confidence that almost cost them; on several occasions loose or risky passes in their own third handed good chances to talented forward Mateusz Musialowski, who couldn't punish Villa.

Their build-up play was slick through midfield, courtesy of Villa's two free eights Arjan Raikhy and Carney Chukwuemeka. As the creative fulcrums in a 4-3-, these two burst through the middle in the dribble, frequently exchanging passes as the young Villans looked to play swift and vertical football.

It was this urgency that blew Liverpool away early on, with Young's superb Jamie Vardy-like runs on the shoulder of the last defender providing Chukwuemeka and Raikhy with options for sharp through balls in behind.

Unsurprisingly, England under-17 international Chukwuemeka, who is reportedly wanted by Borussia Dortmund, has stolen the headlines with another swaggering display. The way he glides past players gives Chukwuemeka that star-power energy, and yet on the day it was Raikhy who drove Villa forward in that pivotal opening thirty minutes.

Raikhy, whose casual posture and puffed out chest give him the same distinctive gait as Zinedine Zidane, consistently fed the ball forward and energetically ran the midfield. That would not have been possible, however, without Young's movement; he gave both Villa midfielders that forward pass, although sweeping balls over the top – pushing Liverpool back – were also played by the Villa centre-backs and defensive midfielder Hayden Lindley. Villa's number six battled hard throughout the game.

But what was most impressive about the Villa performance was their tactical flexibility. Having dominated the match early on via those rampant free eights they had to weather a storm at the beginning of the second half and responded with some incisive counter-attacking football, led by Louie Barry and the substitute Aaron Ramsey.

Barry was a constant threat taking his man on from the left, and always seemed to have the time and intelligence to pick out a pass. Other standout performances for Villa included right-back Kaine Kesler, who looked assured and energetic in an attack-minded role, and the nippy right winger Chrisene. Late on, centre-back Sil Swinkels stood out with some heroic last-ditch defending. 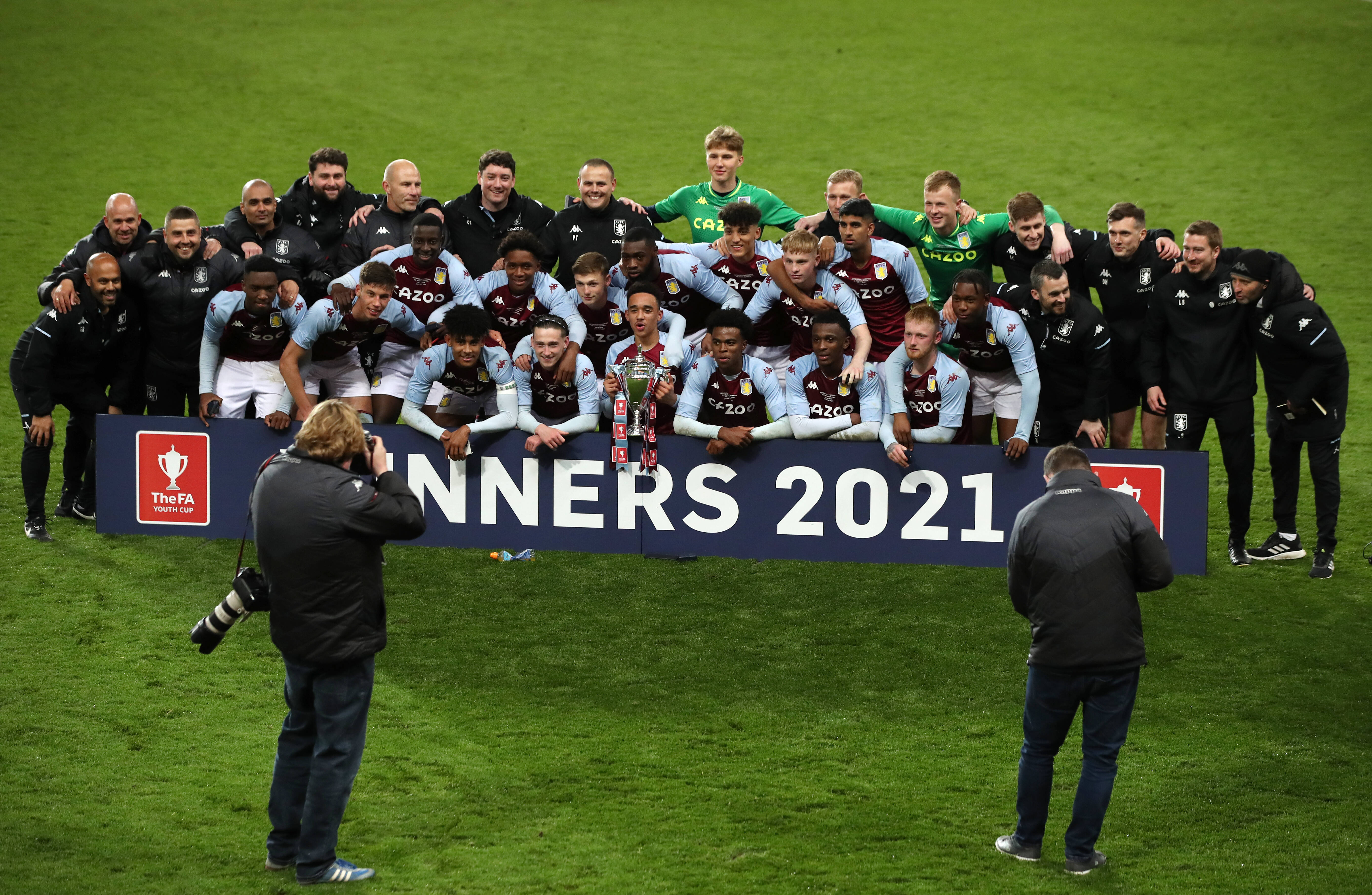 For the first half of this game Liverpool just couldn't get a foothold. They struggled to make challenges on the Villa players and were made to look passive by the hosts' buzzing energy, although credit to the young Reds for showing the character to build back in the second period.

The vast majority of their good attacking moments in the first half came through Musialowski and James Balagizi, a powerful forward whose speed and trickery in possession was Liverpool's most dangerous weapon. He began on the right and moved centrally for the second half, displaying a positional and tactical versatility that was present throughout a Liverpool team that swapped positions and dropped into pockets with great intelligence.

In fact, Liverpool's upturn in form was the result of their quick adaptation to a half-time tactical change. Manager Marc Bridge-Wilkinson switched from a 4-3-3 to a 4-2-3-1 and brought Melkamu Frauendorf on to play at the tip of midfield. That gave Liverpool's midfielders Tyler Morton (dropping deeper) and Luca Stephenson a forward option, improving their output.

Unlike Villa, Liverpool's youngsters did not deploy a system that had much in common with the seniors, dropping into their own half to defend rather than press high as Jurgen Klopp's players would. On the ball, however, Liverpool's midfield was metronomic and rotational like the seniors, with Morton in particular pulling the strings with sharp passes.

After a difficult start defending Young, centre-backs Jarell Quansah and Billy Koumetio both lived up to the hype, but ultimately Villa's fast start – and greater sharpness in the final third – made the difference.