Manchester United's nine-match unbeaten run in the Premier League has lifted them to second in the table and just two points short of Liverpool, causing many a pundit to frantically backpedal on talk of Ole Gunnar Solskjaer's limitations and the direction of the club under his guidance.

The evidence so far suggests this is another one of those. United continue to play without many discernible characteristics, winning matches via small combinations or moments of individual brilliance rather than a clear tactical plan. If that is the case then as with the last two times their current form is merely the product of top-quality players enjoying a wave of confidence.

When that wanes, there will be no foundation to keep performance levels up. That is the inevitable rise and fall of playing without a solid tactical structure; individualistic teams are emotionally volatile.

Nevertheless, for the time being United are on fire, and in this most tactically-regressive of seasons (Covid-19 has reduced fitness and coaching time) they could go a long way.

Aston Villa could be perfect opponents for them. Dean Smith likes to deploy a progressive and expansive style of football despite this being Villa's least effective way of playing, and therefore he is easily lured into counter-attacking traps. As in their defeats to Southampton, Brighton, and West Ham, Villa may foolishly allow United to do what they do best: sit back and counter.

Man Utd's improvements in recent weeks owe much to the form of Bruno Fernandes and Edinson Cavani. Fernandes's output remains exceptionally high, but his influence is as much about attitude and work-rate as creativity; the Portuguese is constantly seeking out space and looking for incisive forward passes, which helps raise the tempo of his team-mates' performances.

But whereas in the past United have been unable to maintain pressure through Fernandes alone, now Cavani's superb movement has taken things up a notch. His runs in the penalty area are providing Fernandes, Marcus Rashford, and the two full-backs with an easy target with crosses, setting the tone of games and re-introducing a fear factor for the away team.

Cavani's movement off the front line is also highly valuable to United. He is dropping deep to receive passes on the half-turn, helping to energise the United midfield by providing Fred or Paul Pogba with a vertical passing option, and subsequently bringing the wide forwards into the game. Over the last fortnight Man Utd's off-the-ball movement, though still improvised, has been exceptional: top-quality players combining with the freedom that comes from confidence.

Villa welcome Tyrone Mings back for this one, and he has been the leader of the division's second best defence. Their compression and togetherness will be tested to the limit by Cavani, Pogba, Rashford, and Fernandes – particularly in wide areas. Villa struggled to cope with Chelsea on the flanks, with Bertrand Traore in particular rarely getting back to help Matty Cash. Rashford may make the difference. 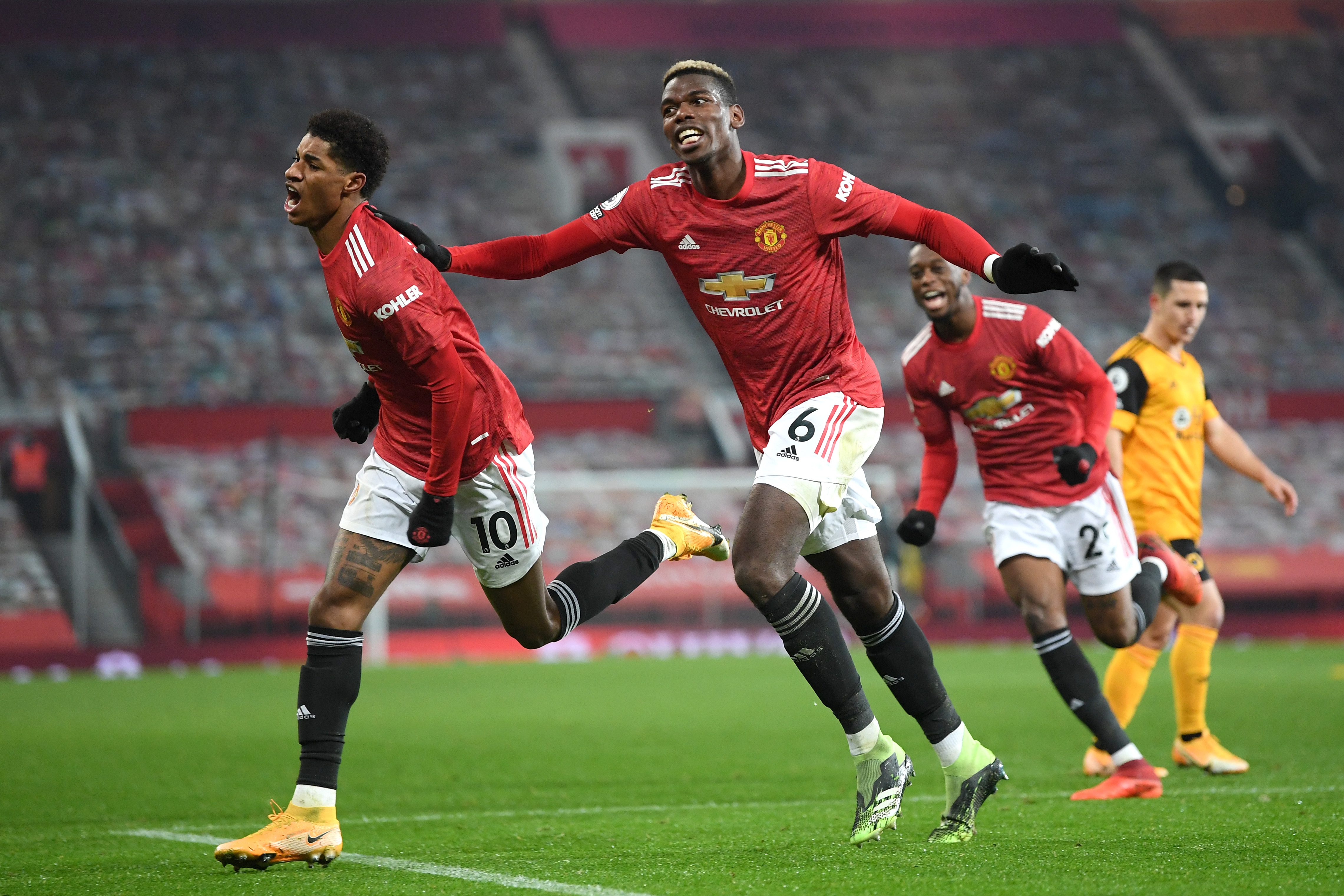 Then again, United can be just as open out wide. Mason Greenwood and Rashford often go missing when opponents put Solskjaer's side under pressure, with the two forwards largely expected to stay high up the pitch for counters. This leaves Aaron Wan-Bissaka and Alex Telles or Luke Shaw exposed to being overloaded on the flanks, and although this issue has been largely eradicated in recent weeks United will be put through their paces by Jack Grealish.

Much depends on the ambition of Solskjaer's team selection, because if he picks Pogba to the right of midfield and Greenwood on the right wing then Villa should quite easily overload and overwhelm Wan-Bissaka. Grealish is capable of gliding past anyone in the division and has a very good relationship with Matt Targett, while the return of Ross Barkley this weekend should relieve some of the pressure on Grealish.

As the United defenders become preoccupied with Barkley, Grealish can find pockets of space in areas both Pogba and Greenwood have left empty – and then go straight at Eric Bailly, a defender known for his defensive mistakes. This is the one area of the pitch that Villa hold an advantage.

VILLA COULD BE LURED INTO UNITED'S TRAP

But it is secondary to what should become the defining tactical feature of the game. United generally only excel when allowed to play on the break, using the pace in their front line to free-form their attacks behind an expansive opposition. Ordinarily, that means clubs of Villa's size will sit back and refuse Man Utd those opportunities.

Villa have been fooled like this before. Egged on by Southampton, West Ham, and Brighton, Smith's side happily held the majority of possession and played in an open formation, spreading wide and pushing the full-backs on to win a territorial battle they hadn't realised the other team wanted them to win.

The pattern of Friday's game will give Villa confidence to push forward and create chances, in doing so leaving far too much ground for Douglas Luiz and the centre-backs to cover as Rashford, Greenwood, and Cavani pour forward.

If Villa avoid the trap, then Grealish can inspire another huge victory. More likely, United will get exactly the game they want, and Solskjaer's in-form attackers will have a field day.