Manchester United's 2-1 defeat to Sheffield United makes Saturday's game at the Emirates their biggest of the season so far. If that seems a little dramatic, then look back on the wave pattern of their form under Ole Gunnar Solskjaer and consider the emotional volatility of this club.

From an initial flurry of good results when Solskjaer was caretaker manager to the sudden downturn in form towards the end of the same campaign; from the bad results, surging wins, and then decline again in a tumultuous 2019/20 to the shock of the transition between Man Utd in November and December 2020. Man Utd under the Norwegian is always fragile, and they appear to be built on confidence – fickle by nature – more than most.

That is what happens when you appoint an excellent man-manager who lacks tactical detail but presides over a very talented squad. They are prone to a rise or fall in self-esteem, unplayable when in their groove but suddenly bereft – out of ideas and no tactical shape to fall back on – when it dips.

And their particular mental instability isn't helped by the emotionally fragile nature of the club's position in the world game. Losing their status as perennial champions under Sir Alex Ferguson remains raw. Anxious attempts to rediscover those days without a director of football, without a good enough chief executive, and without a clear vision for the future have understandably added to the fickleness of their performances.

And so, it is true: the trip to Arsenal on Saturday is Man Utd's biggest game of the season. Defeat at the hands of Mikel Arteta's side, making it back-to-back league defeats, could spark another severe bout of poor form. In Solskjaer's short tenure, that has already happened three times. A fourth might just end hope that his project can be described as an upward trajectory, rather than a series of waves that offer the temporary illusion of progress.

It should be an entertaining game, and it could go either way. 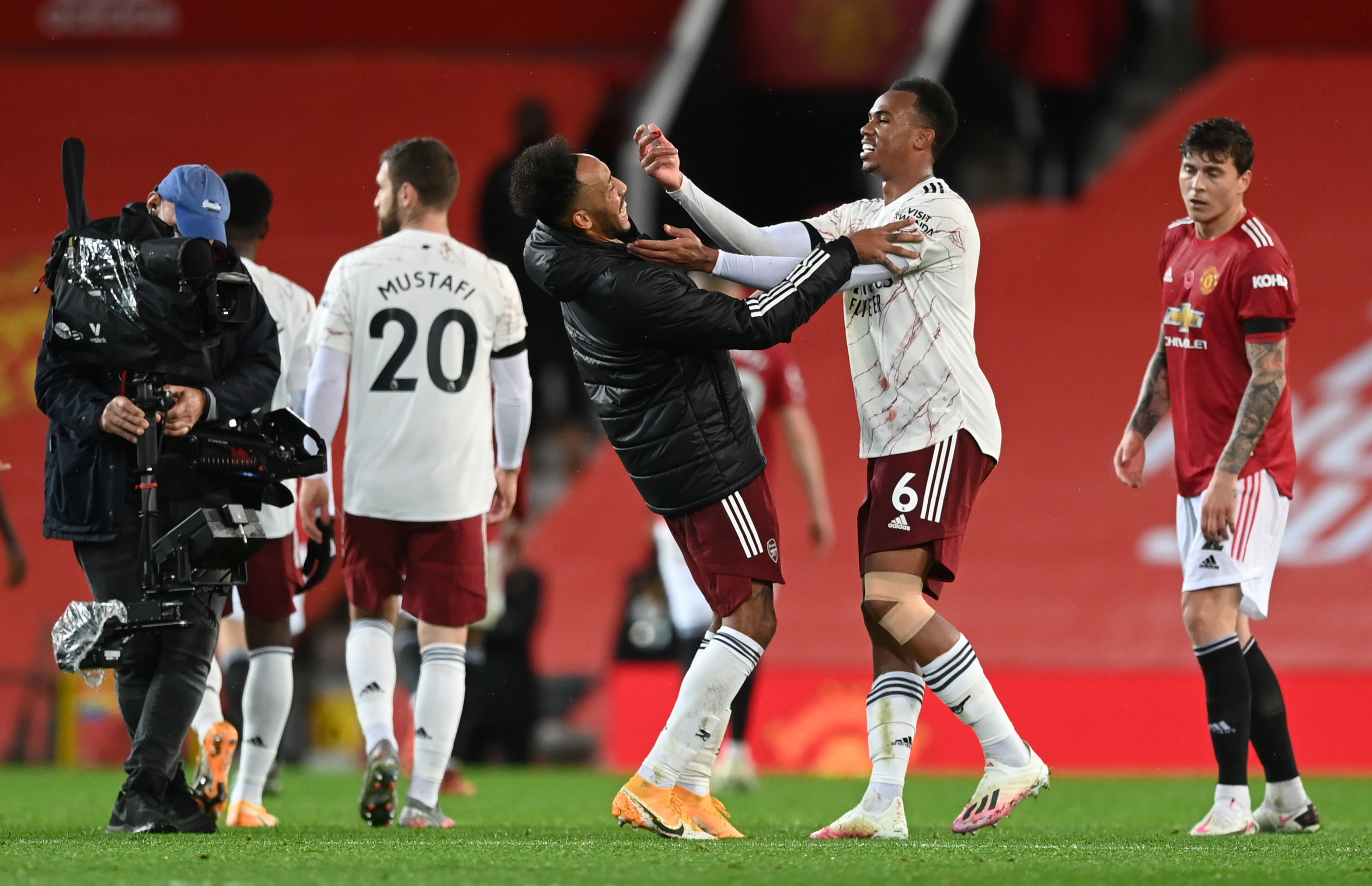 ARSENAL'S NEW-LOOK ATTACK MAY CAUSE PROBLEMS ON OUTSIDE

Arteta's side have rediscovered form by getting rid of the rigid structures of possession and replacing them with direct, vertical attacks. His previous desire to play with Guardiola-like discipline, moving slowly up and down the pitch in formation, has been abandoned for an approach that looks to maximise the attacking transitions by playing on the half-turn – bursting forward through an aggressive front four.

Emile Smith Rowe is the fulcrum, his intelligent movement and space-invading passes setting the tempo for those around him. But on Saturday his best work will probably be out wide to support Bukayo Saka and Nicolas Pepe, players who have benefited recently from simplified instructions to simply run straight at the opposition full-back.

Supported by a much-improved Alexandre Lacazette dropping off the front line to link with sharp one-touch passes, Arsenal's youthful attack may find lots of space on the counter against Luke Shaw and Aaron Wan-Bissaka. Man Utd's formation can be a little too narrow, and with Paul Pogba tucking in from the right as left winger Marcus Rashford stays high, perhaps the United full-backs will be overworked on the break.

Certainly this points to an entertaining game: just as high-pressing Arsenal want to make use of quick transitions, so too Man Utd will look to use their pace to counter-attack. That ought to create an end-to-end contest.

HOW MAN UTD'S COUNTER-ATTACKS COULD CATCH ARTETA OUT

Marcus Rashford and Mason Greenwood set each other up for one-on-one chances against the Liverpool goalkeeper in the 3-2 win in the FA Cup, and both confidently put the opportunity away. This kind of directness – longer passes over the top of the defence – are becoming a key feature of Solskjaer's side, particularly when Edinson Cavani drops off the front line to help link the play, freeing space for runners from deep to overtake him.

Arsenal's man-to-man press was effective in the reverse fixture back in November, a 1-0 win for Arteta, and yet a lot has changed since then, not least the two managers' formations. This time, Arsenal's attempts to press United will probably increase the likelihood of the visitors wriggling free and countering successfully.

In a stretched game teeming with the potential of a line-splitting pass, it will be defined by two important key battles.

The first is between Bruno Fernandes and Thomas Partey. Arsenal's midfielder will be tasked with man-marking the Portuguese's movement in open play, and clearly if he succeeds in that task then United's attacking threat will significantly diminish. When Arsenal are looking to build out from the back, Fernandes's ability to cut off the passing lane into Partey (he will sit alongside the striker to form a 4-4-2 shape when United are defending) will also be crucial.

The second is how Pogba can flourish in the Arsenal half. He is likely to play on the right wing, cutting infield to occupy the half-space that runs between David Luiz and Cedric Soares – the weakest members of Arteta's defence. With Fernandes not in his best form at the moment, Solskjaer will need Pogba to step up in order to prevent Man Utd from playing with stale possession as they did in the defeat to Sheffield United.

Fortunately, Arsenal poses an entirely different kind of challenge, which should force United out of the same patterns that led to that damaging result at Old Trafford. With considerably more counter-attacking space available for Solskjaer's forwards, they ought to have enough to avoid a plunge towards the trough of the wave.