Liverpool captain Henderson: Rodgers so critical in my Anfield career

Tottenham boss Mourinho snaps back at Arsenal taunts: It says more about you!

Shearer: Man Utd teen Greenwood reminds me of myself

The 2019/20 European season may not be quite over, but enough football has been played to get a good understanding of which players have impressed. With that in mind, over the next four weeks, we here at Tribal Football will be analysing the finest transfers of the campaign across England, Spain, Italy and Germany.

We start off with a look at the top five transfers of the Premier League season. This wasn't an easy list to compile and some excellent players just missed the cut. Gary Cahill brought experience to Crystal Palace's back line after arriving on a free transfer, Mateo Kovacic provided a sound link between defence and attack for Chelsea, while the goals of Danny Ings and Neal Maupay helped Southampton and Brighton and Hove Albion to steer clear of the relegation zone.

While those players are worthy of mention, they didn't quite make our top five…

Initially, it appeared as if Wan-Bissaka was struggling under the weight of expectation following his £50million transfer from Crystal Palace to Manchester United. But, as the season went on, he settled into the team and started to produce the sort of outstanding defensive displays he showed during his debut Premier League campaign at Palace in 2018/19.

Quick with long legs, the 22-year-old is a difficult man to beat in 1v1 situations. Where normally wingers would relish being isolated against a full-back, against Wan-Bissaka they tend to wither under his relentless harrying and well-timed tackling.

We all knew the youngster could defend, but he also demonstrated attacking quality as the season went on and United made increasing use of a back three system with wing-backs on the outside. A winger as a youth, Wan-Bissaka still possesses the flair and skill of a natural wide man and he used this to good effect to combine with teammates down the right flank.

His next challenge will be to add chance creation to his repertoire, and working on his final ball will help in this respect. For the time being, though, he is comfortably one of the best defensive full-backs in the Premier League.

After years of speculation and on-again, off-again transfer sagas, Fernandes finally made the move to Manchester United in January. Some may scoff at a mid-season signing being on this list, but the Portuguese playmaker was almost impossible to omit, so huge was his impact on United's form.

When his £70million move was confirmed, Ole Gunnar Solskjaer's side were on a terrible run. They had lost three of their previous four league matches, including a shock 2-0 home defeat to Burnley. But with Fernandes in the line-up, they failed to lose in their next five games, including big wins over Manchester City and Chelsea.

In those five league appearances, Fernandes produced two goals and three assists. Playing with confidence, he thrived as the No.10 in the 4-2-3-1 or 3-4-1-2 systems Solskjaer deployed, getting on the ball between the lines and significantly improving the team's final third play with his positional awareness and final pass. 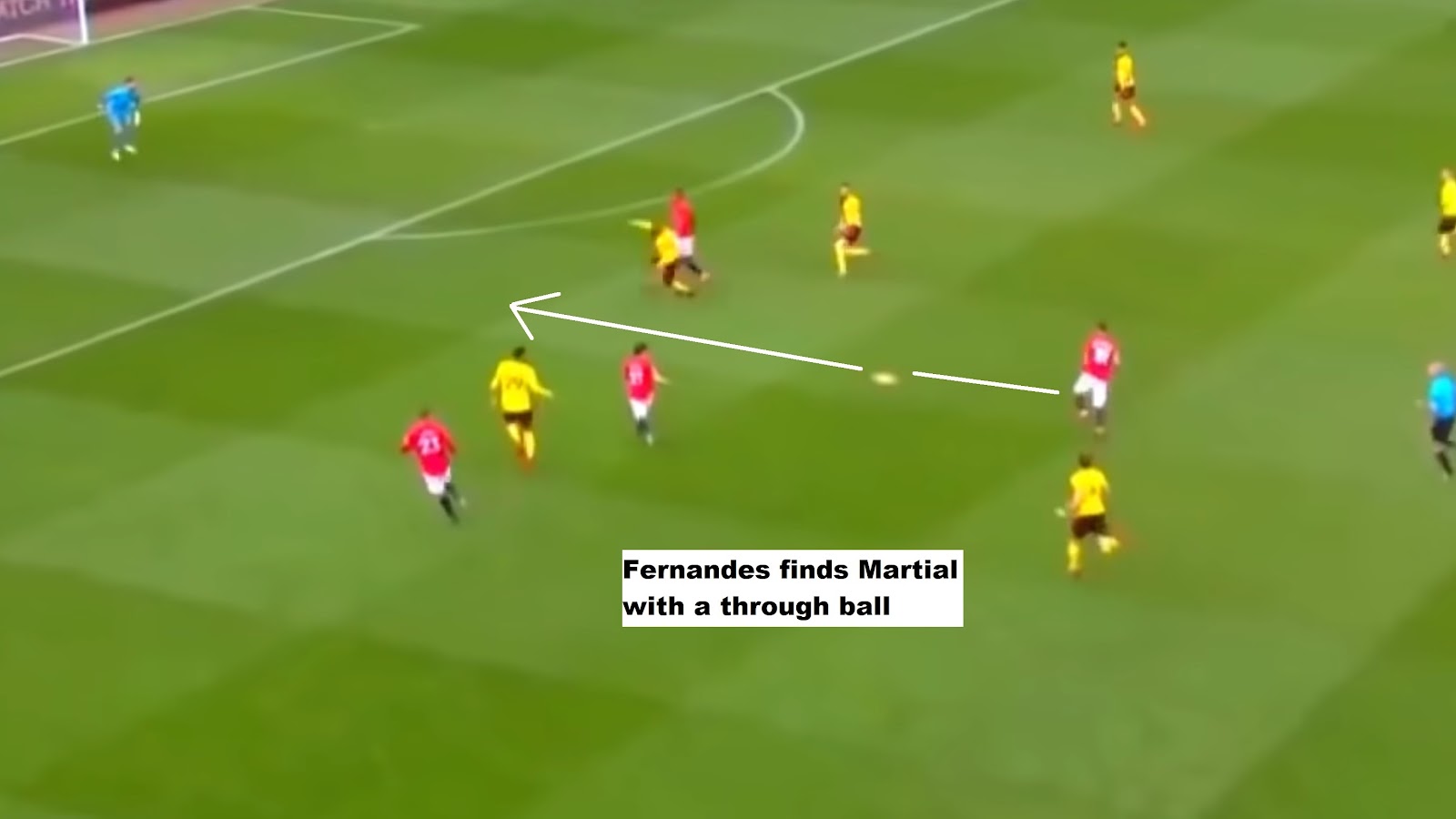 Simply put, without him, United were struggling to secure a European spot; with him, they looked like serious contenders for a top-four finish.

Before arriving at Wolves, Jimenez wasn't a particularly prolific scorer of goals. During his previous four years of European football (one with Atletico Madrid, and three with Benfica) his highest goal tally was seven in the Portuguese top flight in 2016/17. However, he has been a far more consistent hitman in the Premier League.

In Nuno Santo's preferred 3-4-3 or 3-5-2 systems, the Mexican is tasked with leading the line. He does this well, providing significant strength, decent aerial threat, and astute movement. In build-up he can pin centre-backs and create space for Diogo Jota to enjoy, while in the final third he blindsides defenders with clever runs to get on the end of crosses and cut-backs from wide areas.

Having previously been on loan at the club, Jimenez made the move permanent last summer for a £30million fee. As for the question: What do you after a career-defining debut season? His answer was: Do more of what you did before. Last term he bagged 13 goals and seven assists in 38 outings; this term he had the same number of goals and one less assist in just 29 outings.

Ayew enjoyed his own Raul Jimenez-esque development this season. In four years of prior Premier League experience, his highest goals tally was seven (reached both with Aston Villa in 2015/16 and Swansea in 2017/18). And, in his loan spell with Crystal Palace in 2018/19, he scored just once in 20 league appearances. That all changed in 2019/20, however, as he hit eight goals in 28 games.

The Ghanaian forward has always been a hard-working, quick and versatile forward option, but this term he became more decisive in front of goal. Not only was he scoring more, but he was scoring more important goals to help Palace win matches by narrow margins.

Whether leading the line or on the right wing, Ayew showed a willingness to help out in pressing – a key element in Roy Hodgson's zonal defensive system – as well as offering speed in attacking transition. He also scored almost a third of Palace's 26 league goals, including a stunning strike against West Ham where he dribbled in from the wing, pirouetted past multiple defenders, before deftly chipping the keeper. 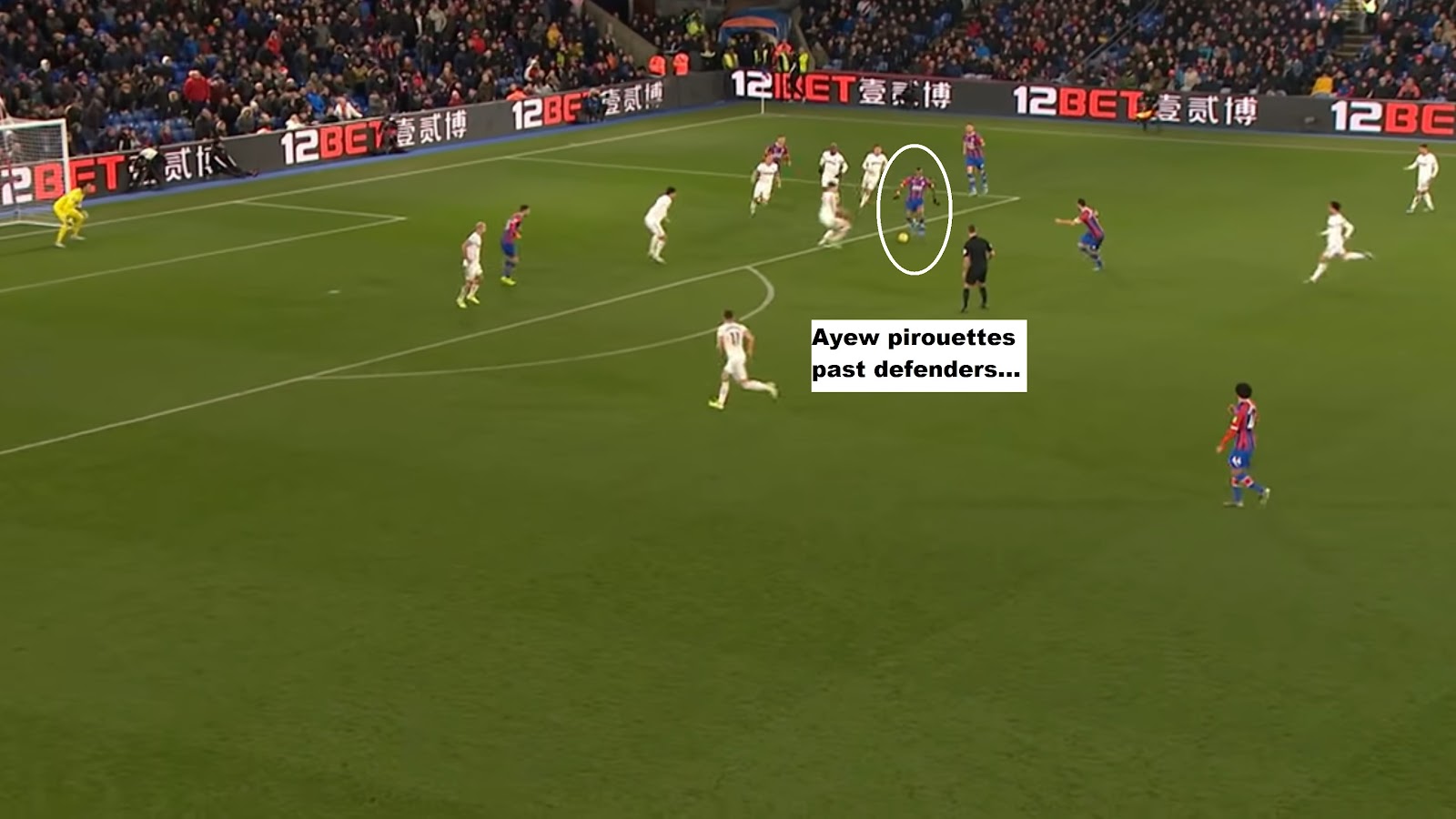 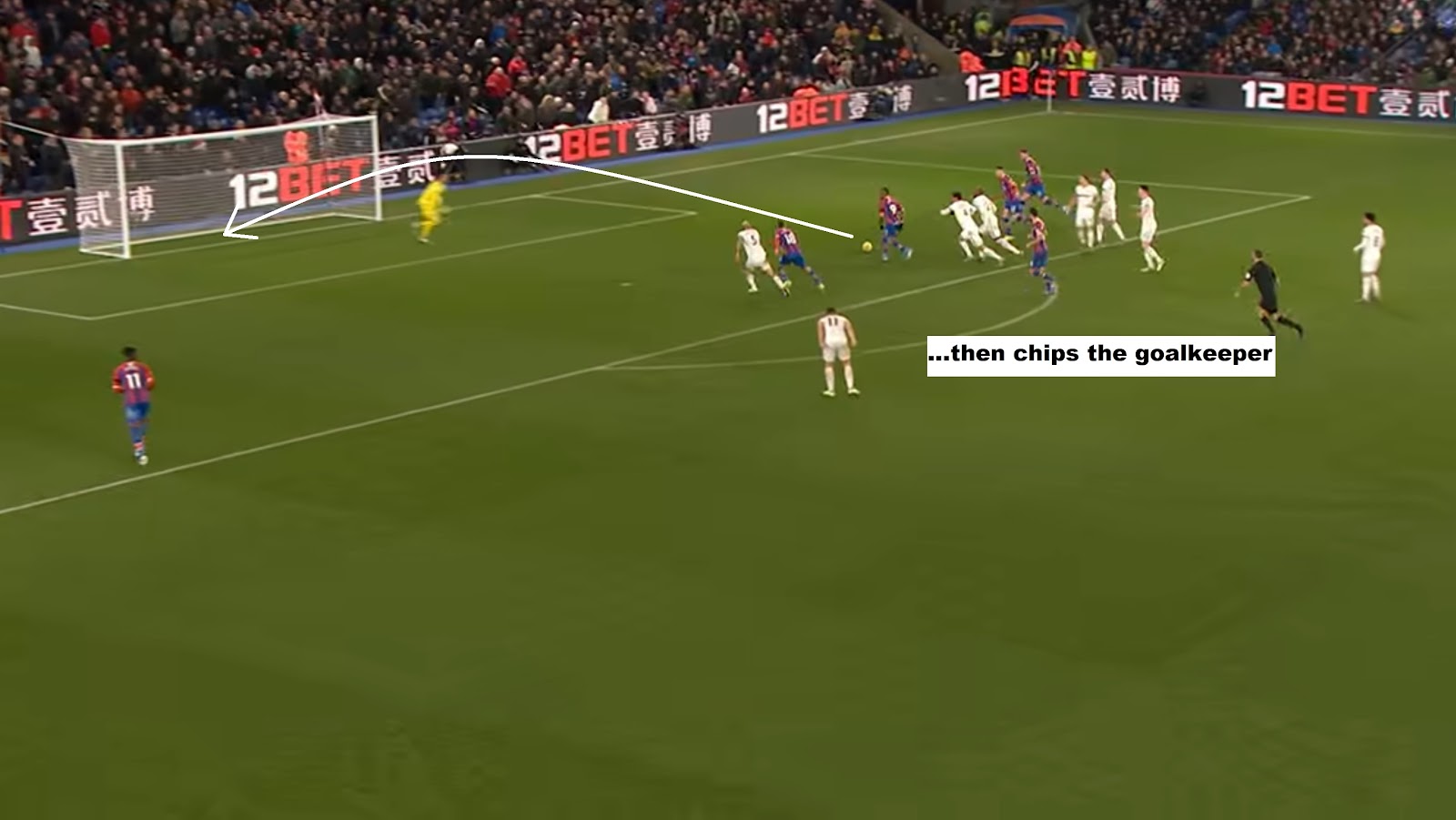 Considering he was signed permanently for just £2.5million, that's an excellent contribution to his team's survival bid.

Henderson re-joined Sheffield United on loan upon their promotion to the Premier League last year and, it's safe to say, he did not disappoint in his first season at the top level. He made outstanding saves, kept plenty of clean sheets, and earned his first call-up to the senior England squad along the way.

Chris Wilder's Blades gained attention not just for their impressive results, but for their intriguing use of 'overlapping' centre-backs – a tactics used to create overloads in wide areas and work crosses into the box. But while their attacking play stood out as unusual, it was their defensive solidity that has got them to the verge of European qualification.

As a defensive unit, Sheffield United are one of the strongest teams in the league – only Liverpool conceded fewer goals than their 25. While their overall organisation, pressing and a consistent back three of Chris Basham, John Egan and Jack O'Connell deserve credit for this, Henderson played a crucial role.

According to Understat, United's xGA (expected goals against) for the season was 36.9. However, they only conceded 25 times. Henderson, with his notable frame, sound judgement, assured shot-stopping and surprising reflexes, was integral to this defensive over-performance.