Over the last seven years, Willian has established himself as one of the Premier League's most consistent attacking players. During that time, all of which has been spent with Chelsea, he has played for several respected managers with different playing styles, including the pragmatic Jose Mourinho, the conservative Antonio Conte, and the possession-based Maurizio Sarri. Despite the changes in style from coach to coach, the Brazilian wide man remained an integral player. However, with his contract up this summer, he is set to depart Stamford Bridge.

What the future holds for the 31-year-old is unclear, though he may remain in English football. According to the rumour mill, several of Chelsea's rivals would like to sign him, including Arsenal, Liverpool and Tottenham Hotspur. Assuming Willian does stay in the Premier League, which of these teams would he suit best? Here, Tribal Football analyses where he would make the biggest impact.

When Arsenal hired Mikel Arteta last year it was reasonably clear what they were looking for. They had brought in someone who had spent three seasons as assistant to Pep Guardiola at Manchester City, and that was the style of football they wanted at the Emirates Stadium.

Arteta has had an impact tactically, implementing a positional attacking game where players are required to occupy specific areas and the shape shifts to try and break through the opposition. While the basic formation is usually a 4-2-3-1, offensively it becomes a 2-3-5 with Bukayo Saka getting forward from left-back and the right winger staying outside to provide width and open spaces in the channels for the other three forwards to receive in.

While the system looks different to that used by Guardiola at Man City, the basic attacking themes are similar. And in order to play this style successfully, Arteta needs quality attacking midfielders who can receive in tight spaces, beat pressure, and create scoring chances. 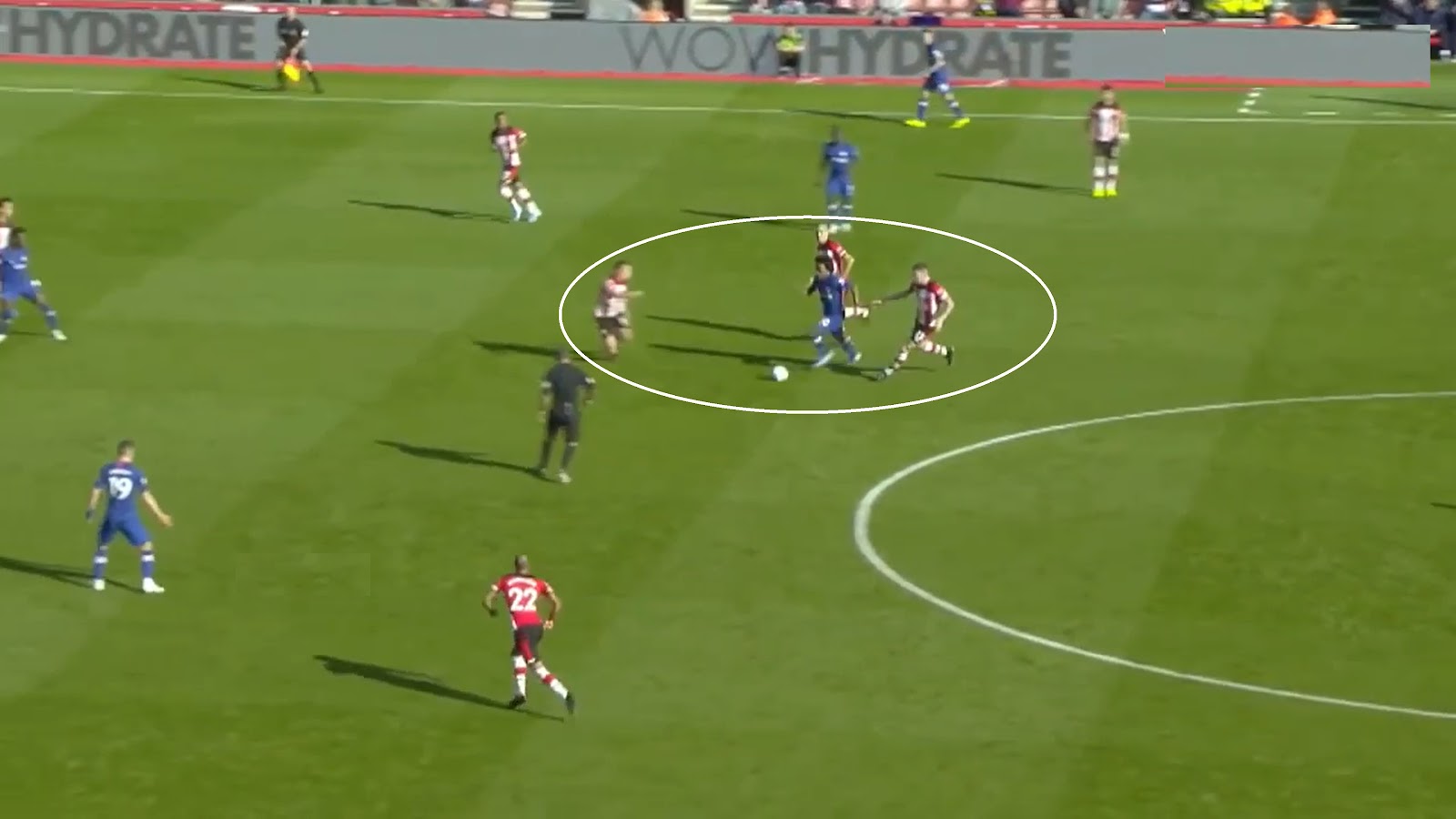 Willian fits that bill. While he has spent a lot of his time at Chelsea playing as a winger, he often comes infield and looks to offer an option between the opponent's midfield and defensive lines, receiving and then dribbling at the back line. He would suit Arteta's attacking style, and he would also help on the defensive side with pressing.

However, as long as Mesut Ozil is at Arsenal, Willian is unlikely to enjoy a guaranteed starting role. And at 31 years old going on 32, he's also unlikely to want to sit on the bench.

While they have a reputation as a fearsome attacking side, averaging over two goals per Premier League game in 2019/20, Liverpool's success is actually primarily build on solid defensive foundations. They defend in a very compact 4-3-3 block that leaves minimal space between lines, and press aggressively when opponents pass into midfield. Also, whenever they lose the ball, their counter-pressing is incredibly intense and difficult to play out against.

Jurgen Klopp has turned Liverpool into an outstanding beast in both attacking and defensive transition, and their wide forwards are key to the approach. Mohamed Salah and Sadio Mane, with their pace, dribbling skill and finishing, are arguably the two most important players in the system.

Willian is a mixture of flair and function – he is an excellent creative force, but he is also a highly adept defensive player who is willing and capable of putting in a shift. This functionality, along with his speed, are the sort of qualities Liverpool like in their forward players.

However, he doesn't give the same level of end product as Salah or Mane. In the last three seasons, Salah has averaged 0.7 goals per game in the Premier League, while Mane has averaged 0.5. Willian, by contrast, has averaged just 0.1.

Klopp plays without a traditional No.9 and so needs his wide players to contribute a regular stream of goals. Willian probably doesn't meet the criteria.

Willian came close to signing for Tottenham in the past – in 2013, before he signed for Mourinho's Chelsea, he had a medical with Spurs. Next season he could reunite with Mourinho at the club he once turned down.

Tottenham now operate in a 4-2-3-1 system that becomes a 3-2-5 when they attack – the left-back stays next to the centre-backs while the right-back attacks his flank to provide width on that side. Son Heung-min stays wide on the left, while Dele Alli, Harry Kane and Lucas Moura tend to move between the lines.

The most obvious position for Willian in this system is the inside right role Lucas usually takes up. And, looking at the basic statistics, the Chelsea man came out on top in 2019/20 in key passes and shots per game, as well as pass success percentage. He also averaged the same number of dribbles as Lucas. 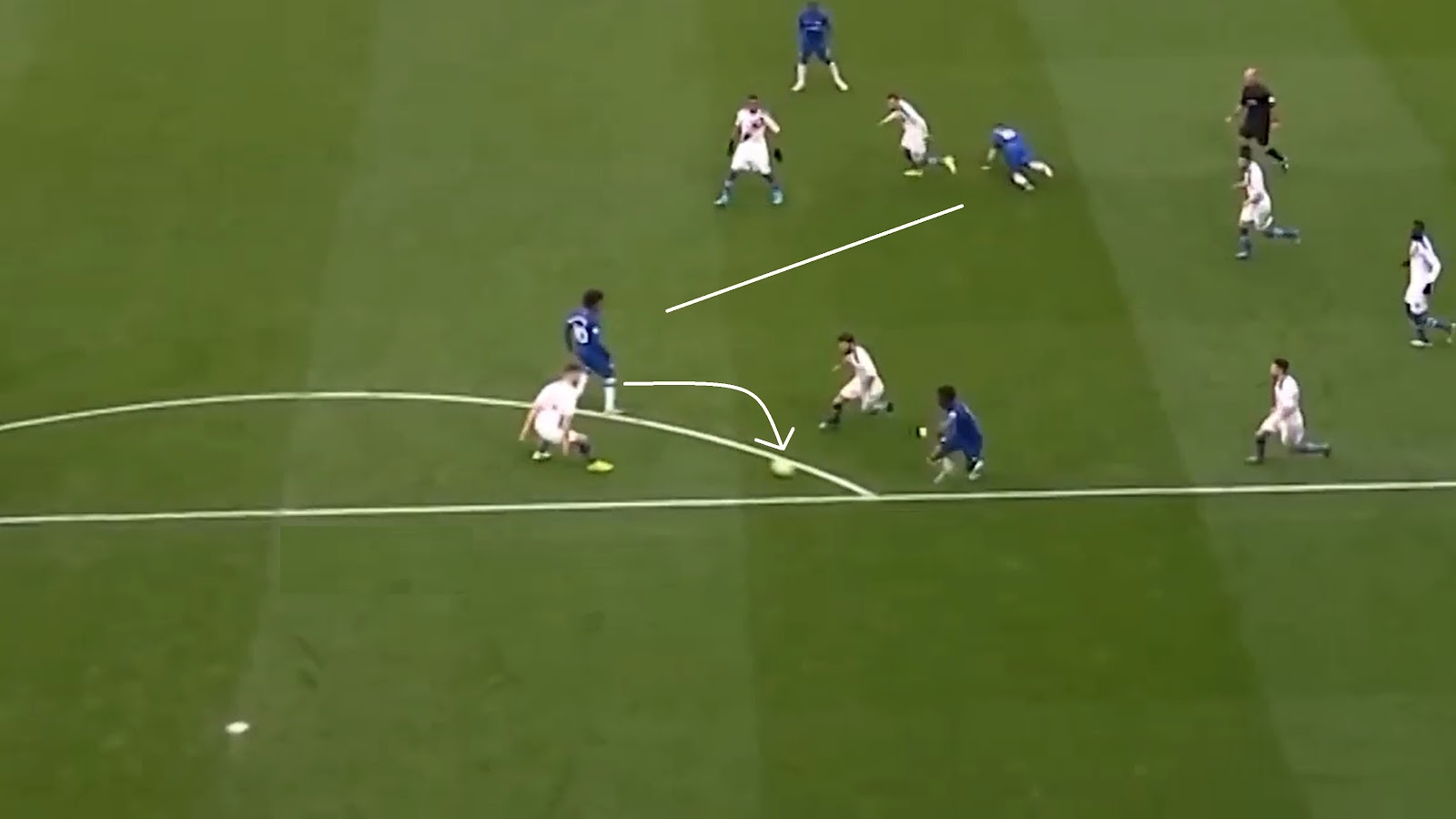 There are similarities between the two – both are quick players who like to dribble and can play wide or off a striker. However, Willian offers more in building attacks. He is better with his back to goal, more comfortable receiving in congested areas, and – as seen in the above graphic – combines well with teammates.

Considering this, as well as the fact Mourinho knows him well and appreciates what he brings to the table, and Willian would be wise to make Tottenham his next destination.