Tactical preview: Why Arsenal should feel confident about overcoming Liverpool at Emirates

Arsenal welcome Liverpool to the Emirates Stadium on Saturday night in a key Premier League contest that will have implications on the race for European football next season. Here, we at Tribal Football break the game down and explain why Arsenal are our favourites to seal a big three points.

Both teams are in patchy form and struggling to string results together, winning just two of their last five league games. There's no doubt that Arsenal have had the tougher run of fixtures, however, facing up against four top-six sides in Manchester City, Leicester, Tottenham and West Ham. They only lost one of those games, which suggests Mikel Arteta is getting more out of his players than earlier in the campaign.

Part of this may be to do with stumbling into a 4-2-3-1 formation and sticking with it. Arteta chopped and changed early on in his tenure, often preferring a back three, but the move to a back four has coincided with an upturn in results. Performances are no longer defined by ineffective crossing from wide into a penalty box devoid of numbers or aerial threat, with greater combination play now apparent between the front four.

Martin Odegaard's arrival has played a small role in the upturn, with the Norwegian's movement, control and composure in the middle helping Arsenal to retain possession and combine their way up the pitch. He looks likely to keep hold of his position in the No.10 area this weekend, dropping into midfield and trying to offer another option. 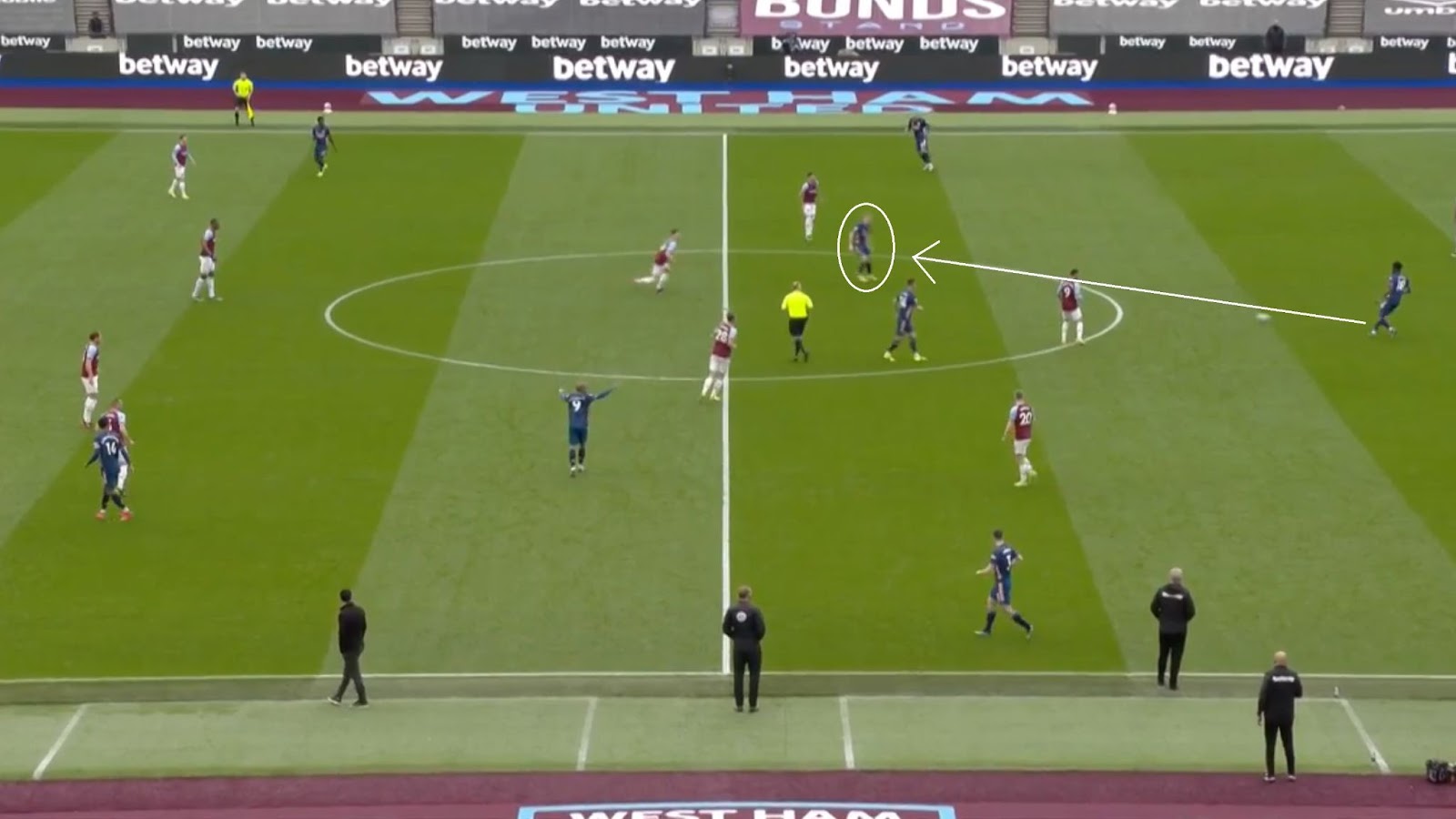 Liverpool's struggles are familiar by now. Their intensity hasn't been quite the same post-title win, their three best central defenders are injured, and without the backing of their fans they haven't been such an intimidating home presence. Indeed, they haven't won a league game at Anfield in their last eight attempts, over a three-month period. Jurgen Klopp has persisted with the same basic shape and approach, though, standing by the 4-3-3.

Ozan Kabak has added an extra option at centre-back, allowing Fabinho to take up his preferred defensive midfield role in the away win over Wolves. This is all the more crucial considering the absence of Jordan Henderson, whose leadership and relentless running is missed.

Arsenal were unable to handle West Ham's direct attacking in their last Premier League game, with David Moyes' side firing good crosses into the box for Michail Antonio and Tomas Soucek to head. One of these moves led to West Ham's third goal, putting them 3-0 up before half-time.

Of course, Arsenal went on to come back and draw 3-3, but nonetheless their penalty box defence was poor and Liverpool will test that with quality crossing from Trent Alexander-Arnold and Andrew Robertson. While Klopp can't call on an aerial threat like Antonio or a Soucek, there are the late runs of Georginio Wijnaldum and the clever movement of Sadio Mane. 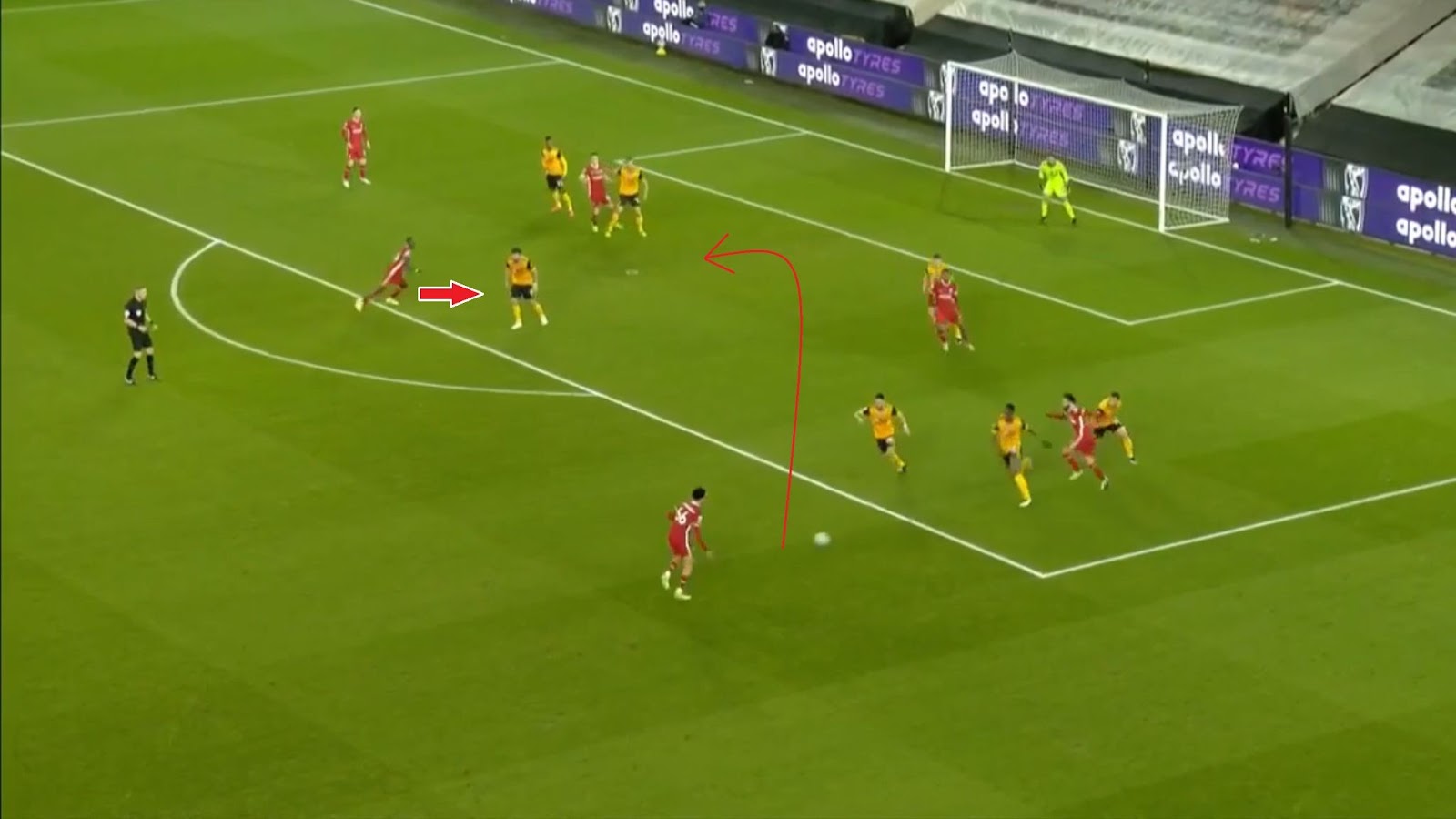 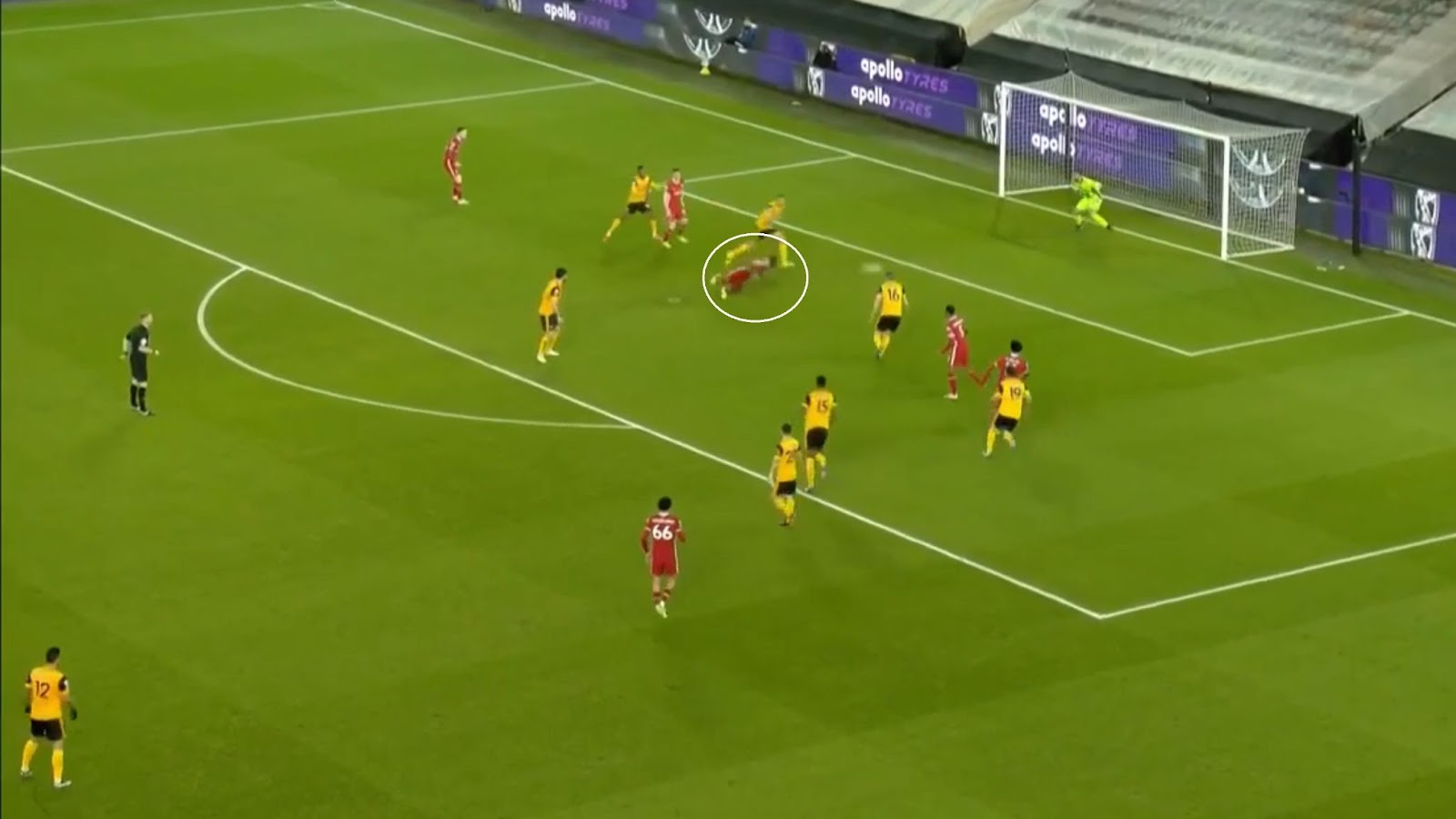 The Gunners will probably defend in some variation of a 4-4-2 and press man-to-man out wide or in midfield, using the natural match-ups they will have on Liverpool's 4-3-3. This means Liverpool will need to individually out-play their direct opponents and move the ball quickly to get through the pressure.

Wijnaldum and Diogo Jota could take advantage of any spaces Granit Xhaka and Thomas Partey leave in midfield when they go to press, though Liverpool's defensive players haven't been on top form when it comes to playing out. 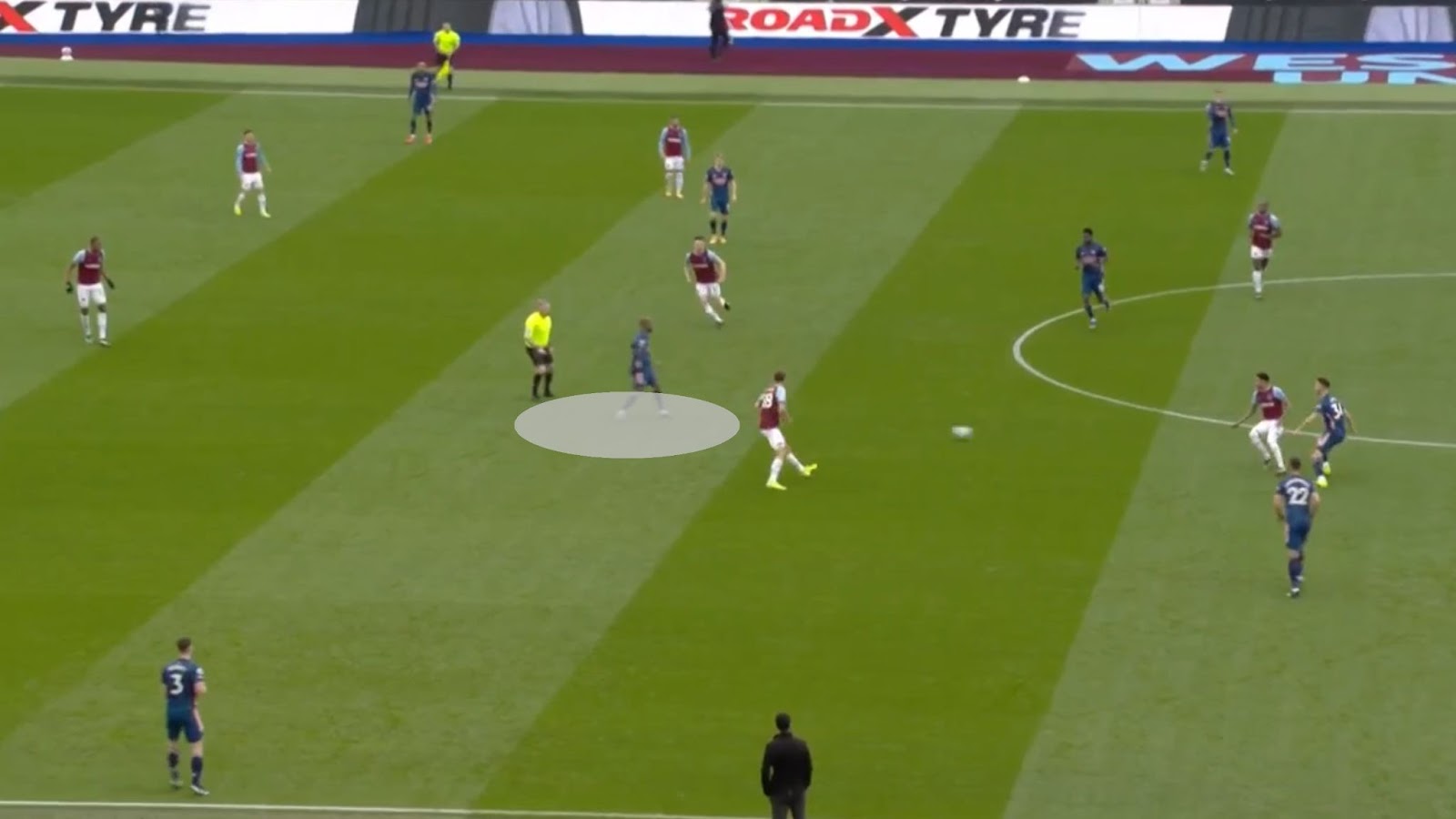 Unlike Arsenal, Liverpool will probably set up with a narrow front three looking to block passes through midfield. Alexandre Lacazette was exceptional at finding pockets against West Ham's two-man midfield (see above), but against Liverpool's three-man he may find it harder. Liverpool's intensity of pressure hasn't been up to their usual standard this season, but they still possess enough energy and physicality to unsettle the likes of Odegaard, Lacazette and Bukayo Saka.

Considering some of the stumbling blocks both teams have hit in short build-up from the back, not to mention the issues with their defensive lines, it would not be a surprise to see both try a more direct route to goal.

David Luiz can play long with accuracy and Pierre-Emerick Aubameyang has the speed and movement to exploit the space behind Liverpool's high line, while Liverpool may want to see how Luiz and Pablo Mari cope psychologically dealing with aerial balls in the knowledge that Mane and Mohamed Salah are waiting to capitalise on the slightest error.

Liverpool are highly vulnerable at the back and haven't been able to press with the same effectiveness of 2019/20 this term. Arsenal aren't invulnerable either, but are growing in confidence. It's also worth noting both teams' upcoming European fixtures – Liverpool's Tuesday night trip to Real Madrid is far more daunting than Arsenal's welcoming of Slavia Prague on Thursday. This may necessitate rotation from Klopp for this Saturday's game, weakening his side's chances.

Both teams are full of attacking firepower and defensive problems, so it's hard to see a 0-0 on the horizon. But with Liverpool perhaps lacking continuity due to poor form and rotation, Arsenal should have enough to win.