Super League clubs at war with EACHOTHER over break-up

Manchester United came within seconds of a fantastic result in their Europa League round of 16 first leg clash with Milan at Old Trafford last week. At 1-0 they had a lead to take with them to Italy, not to mention a clean sheet. But then Simon Kjaer headed home from a corner kick and the picture completely changed.

The two sides face off once again at the San Siro on Thursday evening, with Manchester United needing to score to have any chance of progressing, Here, we at Tribal Football preview the game, focusing on areas Ole Gunnar Solskjaer's men will need to work on to give themselves a chance of victory.

One of the recurring themes in the first leg was Milan pressing high from Manchester United goal kicks, effectively going man for man to reduce United's possibilities in an attempt to force turnovers in the final third. Solskjaer likes his side to play short from the back, but there were rarely any free short options to utilise.

Milan set up in their usual shape on the day, which defensively looked like a 4-4-2 with attacking midfielder Brahim Diaz supporting striker Rafael Leao. The front two did a good job of screening Manchester United's base midfield two of Scott McTominay and Nemanja Matic and pressing at the right time, and they were backed up by a well-organised midfield four. 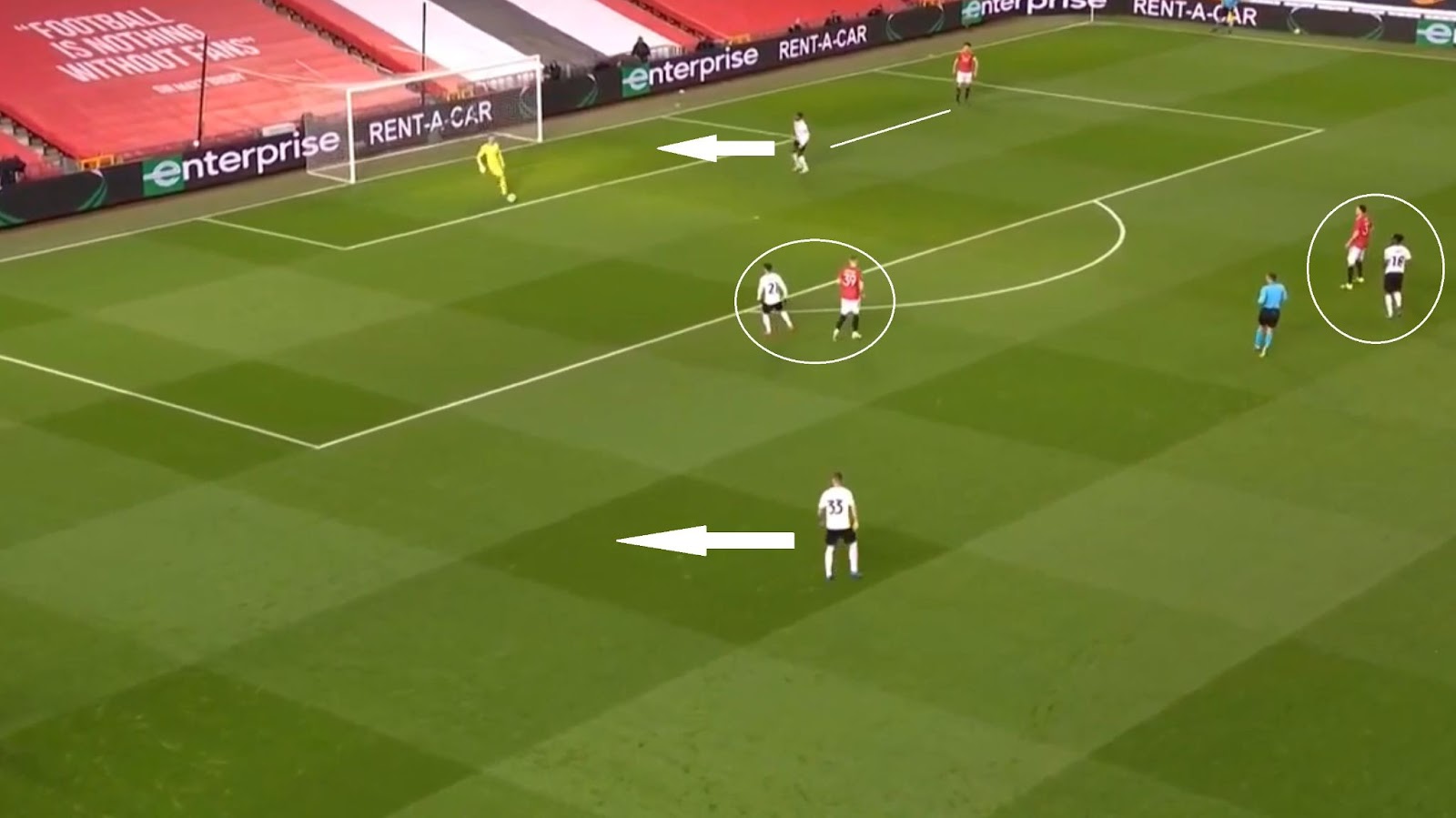 Generally, United avoided major errors by playing long or by going wide and down the touchline before trying to work their way inside via quick one-touch combinations. However, most of these moves were snuffed out and the direct play wasn't helped by the absence of Edinson Cavani as a focal point up front.

Milan will likely employ the same pressing on Thursday evening, so the onus will be on Manchester United to handle it. They need to find the middle ground between implementing their preferred build-up and avoiding unnecessary risks.

Milan looked to attack quickly whenever they won the ball last Thursday. While they may enjoy a little bit more possession at the San Siro, this focus on fast transitions will likely remain. With this in mind, Manchester United's midfield organisation needs to be much better this time around.

Solskjaer went with a central midfield pairing of McTominay and Matic last time out. On paper the decision made sense, as it combined the energy and aggression of McTominay with the experience and physicality of Matic. But as a partnership they weren't always on the same wavelength and this gave Milan openings on the counter-attack.

Around the half-hour mark at Old Trafford, United launched an attack down their left flank. Matic stayed in support of the move on that side, but McTominay was stationed on the opposite side. There was a huge gap between them, so when the move broke down Milan could easily find Diaz in the space to kick-start their counter. 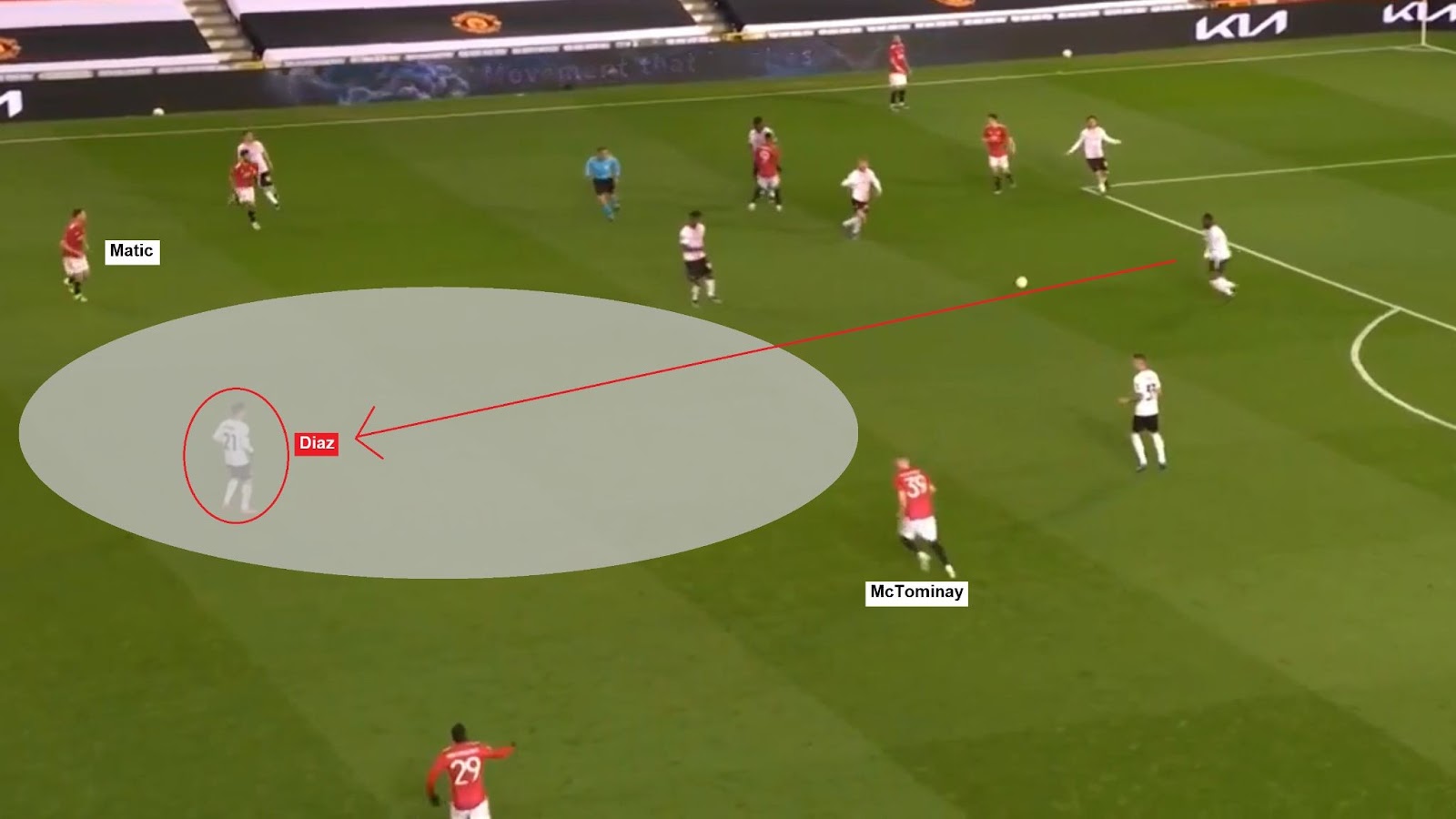 A similar situation occurred 15 minutes into the second half. This time McTominay pushed up to join the attack, and Matic was too slow to adjust position and lost his aerial battle as the ball was cleared. With both base midfielders taken out of the game by one touch, Milan could run directly at Manchester United's back line.

United got away with it last Thursday, but may not be so lucky this time around. This disorganisation in midfield means Milan can play forward instantly and work dangerous counters with one pass through the centre. The danger is only amplified by the possible return of Hakan Calhanogly at No.10 for the Rossoneri.

Calhanoglu is clever at finding pockets, can open up a defence with a pass and is a genuine shooting threat from long range. If United's base midfield is as open on Thursday as it was last week, he has the qualities to take full advantage.

DEAL WITH THE DIRECT THREAT

Milan played quite directly at times during the first leg, going long and looking to hit the space behind Manchester United's back line. These long balls were complemented by clever runs made by the attacking midfield trio of Diaz, Rade Krunic and Alexis Saelemakers. These runs were difficult for Harry Maguire and Eric Bailly to track because they came from wide or deep.

Here we see one example. Simon Kjaer looks to play long out of defence, going for a diagonal. Krunic comes inside from wide left and runs in the channel to latch onto the ball behind Bailly. With a better first touch he could have combined with Leao or worked a shot at goal for himself. 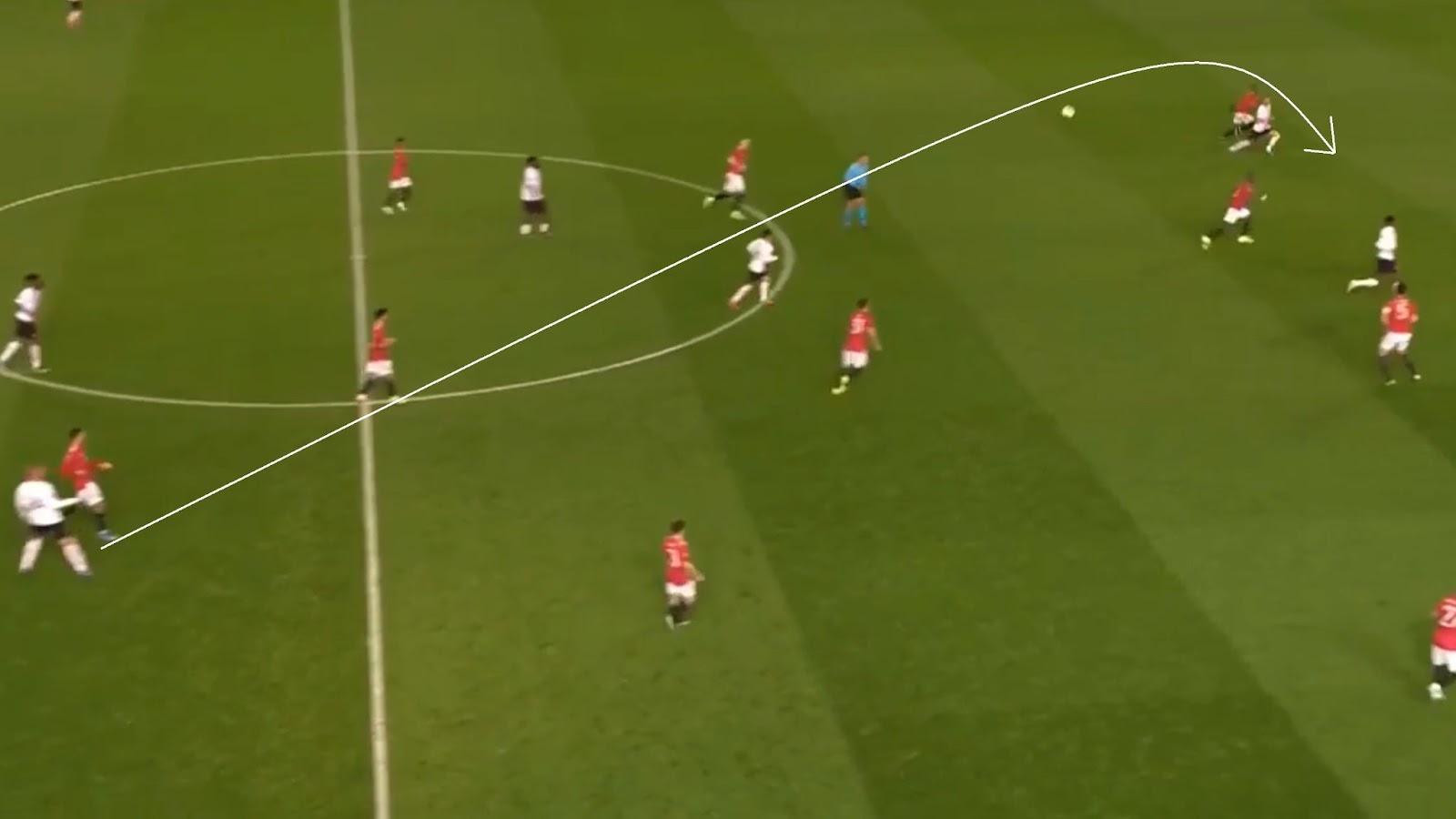 Zlatan Ibrahimovic is in contention to start on Thursday night, and he will offer a proper aerial target to hit with long balls. His height, strength, control and link play will attract the attention of United's centre-backs, in turn making the runs in behind made by Milan's attacking midfielders even more difficult to control. Consequently, United's full-backs and defensive midfielders will have to stay switched on to track the runs and fill in when necessary.