Tottenham Hotspur and Arsenal have endured strange seasons. Both have undergone managerial change, with Jose Mourinho and Mikel Arteta arriving to try and transform each club's fortunes. But both have been plagued by inconsistency, only enjoying good form in brief spells.

This Sunday the two teams will meet in a crucial derby clash. Just one point separates them, and they are both a matter of points off the European places. A win could give the impetus needed to secure a positive end to the campaign. Here, we at Tribal Football preview the match from a tactical standpoint.

Tottenham's attacking play looked pretty pedestrian in their midweek 0-0 draw away to Bournemouth. Ultimately they had seven shots, but none of them were on target. Against one of the lowest-ranked sides in the Premier League, that's derisory.

One of the problems Spurs had was that Bournemouth sat off them and clogged up the centre of the pitch with a compact 4-4-2 block. Their wingers narrowed in, denied space to play through, and forced Mourinho's men wide. And, once in those wide areas, Spurs were seriously lacking in ideas.

Serge Aurier and Ben Davies took up advanced positions on the flanks, but rarely threatened with average crossing. Even when there crosses did reach the box, Harry Kane was the only real target to aim for and he was out-numbered. 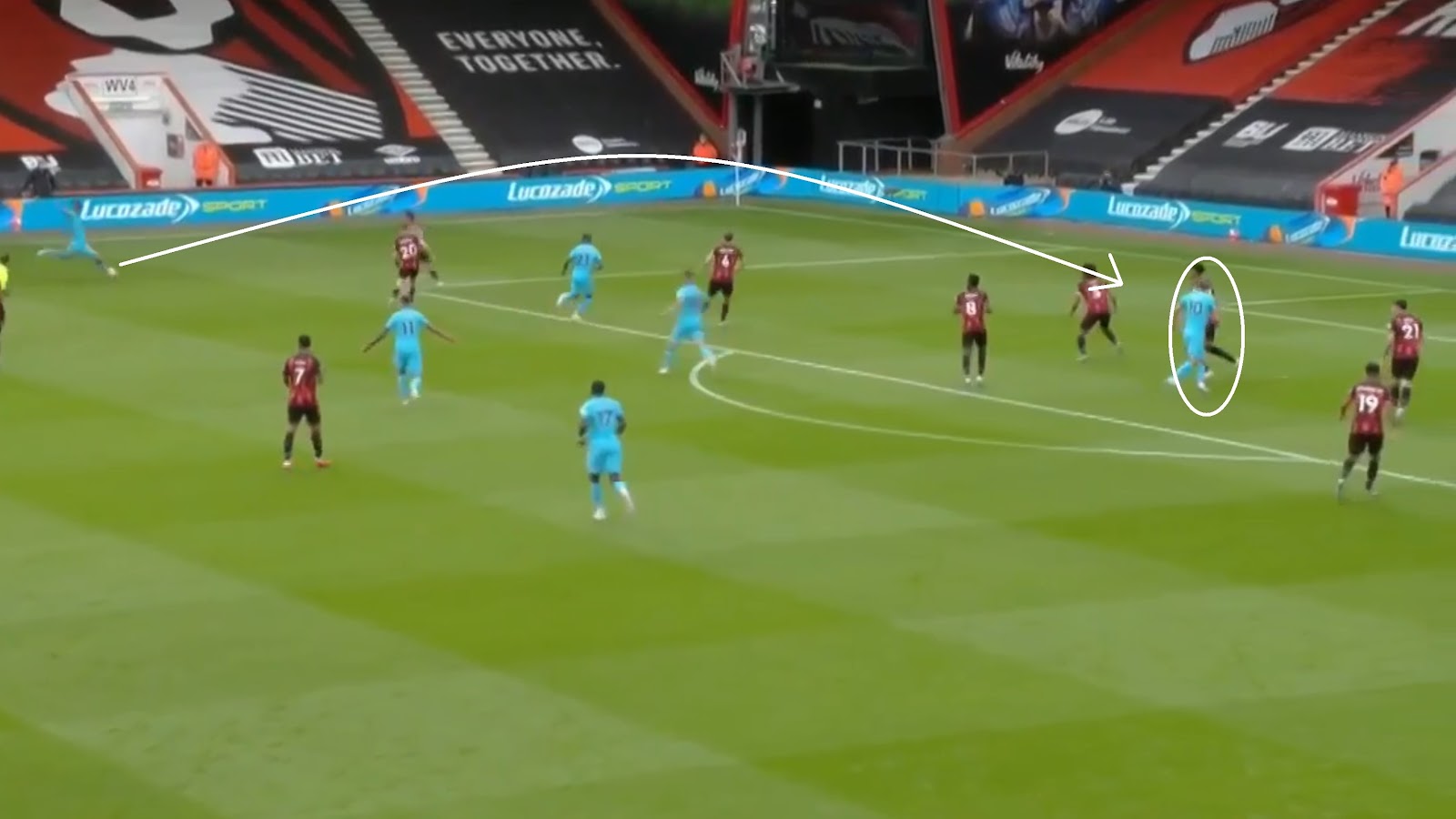 This is a game plan Arsenal may look to copy, employing their usual 5-4-1 defensive shape with the inside forwards, Pierre-Emerick Aubameyang and Bukayo Saka, taking up inside positions to force Tottenham wide. From there, Arsenal's back five should ensure they get good numbers in the box to deal with the subsequent crosses, even if David Luiz is sometimes shaky in these situations.

Mourinho will almost certainly adapt his approach, especially after the showing at Bournemouth. And part of that may involve playing more directly. Arsenal striker Alexandre Lacazette isn't the type to consistently apply intense pressure, so Toby Alderweireld should get more time on the ball to play his searching long-range balls from back to front.

Even without Dele Alli's runs, Son Heung-min and Steven Bergwijn can offer penetration with their pace, and Arsenal's central three of Luiz, Shkodran Mustafi and Sead Kolasinac isn't the most trustworthy of centre-back setups when it comes to positioning, coping with speed and dealing with long balls.

Tottenham simply cannot afford another drab performance and need to stress a questionable Arsenal defence. Direct play may be one way of doing that. Worst case scenario – if it doesn't work, they at least give the ball away high up the field and with players behind the ball to deal with any resulting transitions.

CAN ARSENAL BREAK SPURS DOWN?

Arsenal's defensive 5-4-1 becomes a 3-4-3 when they attack, and Spurs may find it hard to get effective pressure on that back three. Assuming Mourinho avoids another of his own back three experiments, which haven't really worked before, and lines his side up in the usual 4-4-1-1 – with Erik Lamela supporting Harry Kane to add bite defensively – then his front players will be out-numbered 3v2 and will struggle to take time and space away from Arsenal's centre-backs.

Arteta's side will therefore have relatively comfortable possession, and may even dominate the ball, in this contest. But they need to turn that dominance into goals, and that's the tricky part.

Mourinho will likely have his side play in a narrow defensive block and try to take away the space between the lines and in the channels, so Arsenal will need their outside backs to commit defenders out of their shape in order to create gaps like the one below for Lacazette to receive in. Here the Frenchman shows for the ball in from wide, turns, and plays Aubameyang into space behind. 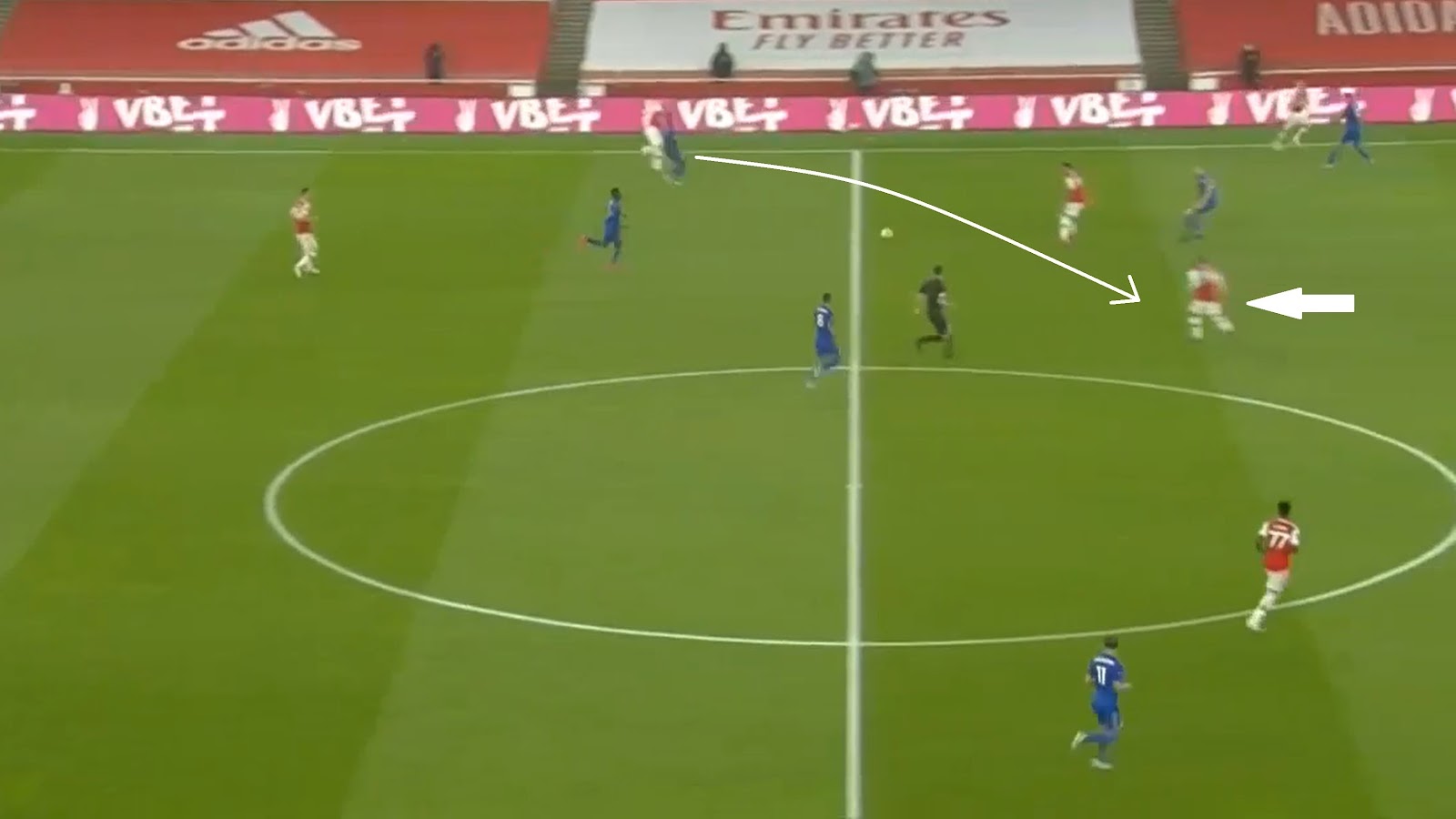 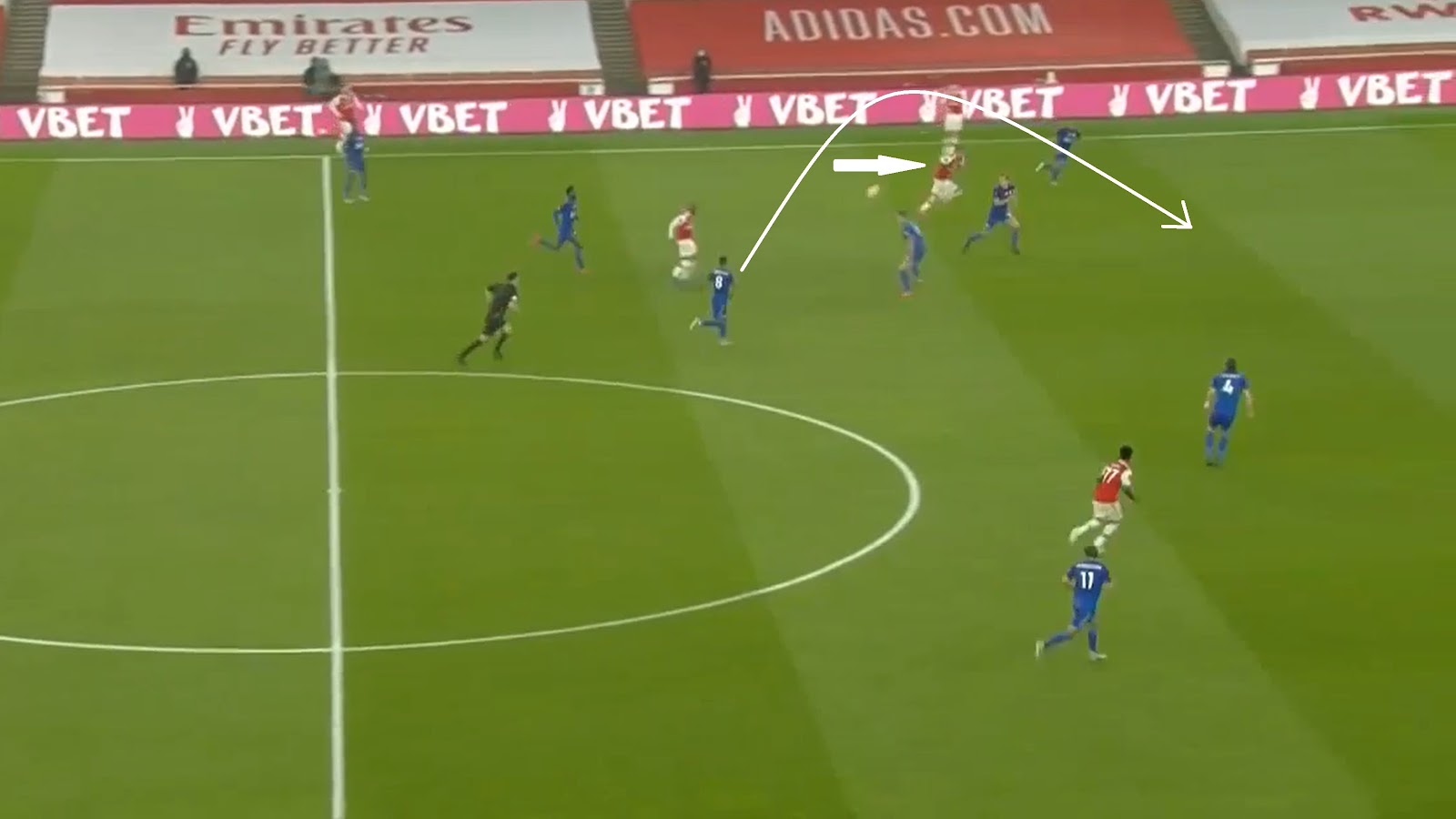 Tottenham may do what Wolves did, albeit in a different shape, and have their front two block passes into Granit Xhaka and Dani Ceballos. This may entice Mustafi and Kolasinac to step in with the ball, potentially leaving gaps behind in transition for Son and Bergwijn to exploit.

Then, if and when Spurs regain possession, they would be wise to target these spaces on the outside of Arsenal's centre-backs, or in the space between them and Luiz, with their quick wide men making darting runs to get 1v1 or get in behind.

Tottenham have struggled in matches where they have to take the game to their opposition, but this Sunday offers them an opportunity to play a more defensive game based on soaking up pressure, denying space and countering quickly. The challenge, then, will be for Arsenal to break their rivals down.