Steven Taylor Exclusive: I left Newcastle for success not sunshine

I was full of butterflies ahead of my chat with the legendary Steven Taylor. A man who spent two decades at Newcastle, and who is the definition of professionalism and dedication to his craft in every sense.

In hindsight, it was probably a good thing he didn't answer the first couple of times I rang. I wouldn't have uttered a question with any sort of coherence. After a bit of composure on my part and rescheduling, we were finally introduced and got stuck into talking about his latest venture into the A-League with his current club, Wellington Phoenix.

In terms of a playing environment, the A-League is a relative unknown for some in the UK and Europe. Australia and New Zealand are certainly fantastic places to holiday, to enjoy the local culture and all it has to offer. Realistically, it's simply too far from home or family to warrant a playing stint in Australia's top flight.

Not for Steven Taylor, who is willing to give football his all no matter where it takes him.

"The A-League has been growing a lot in the last 5 years or so, you just have to look at the types of players and marquees they're attracting to see that," says Taylor, in an exclusive interview with Tribalfootball. 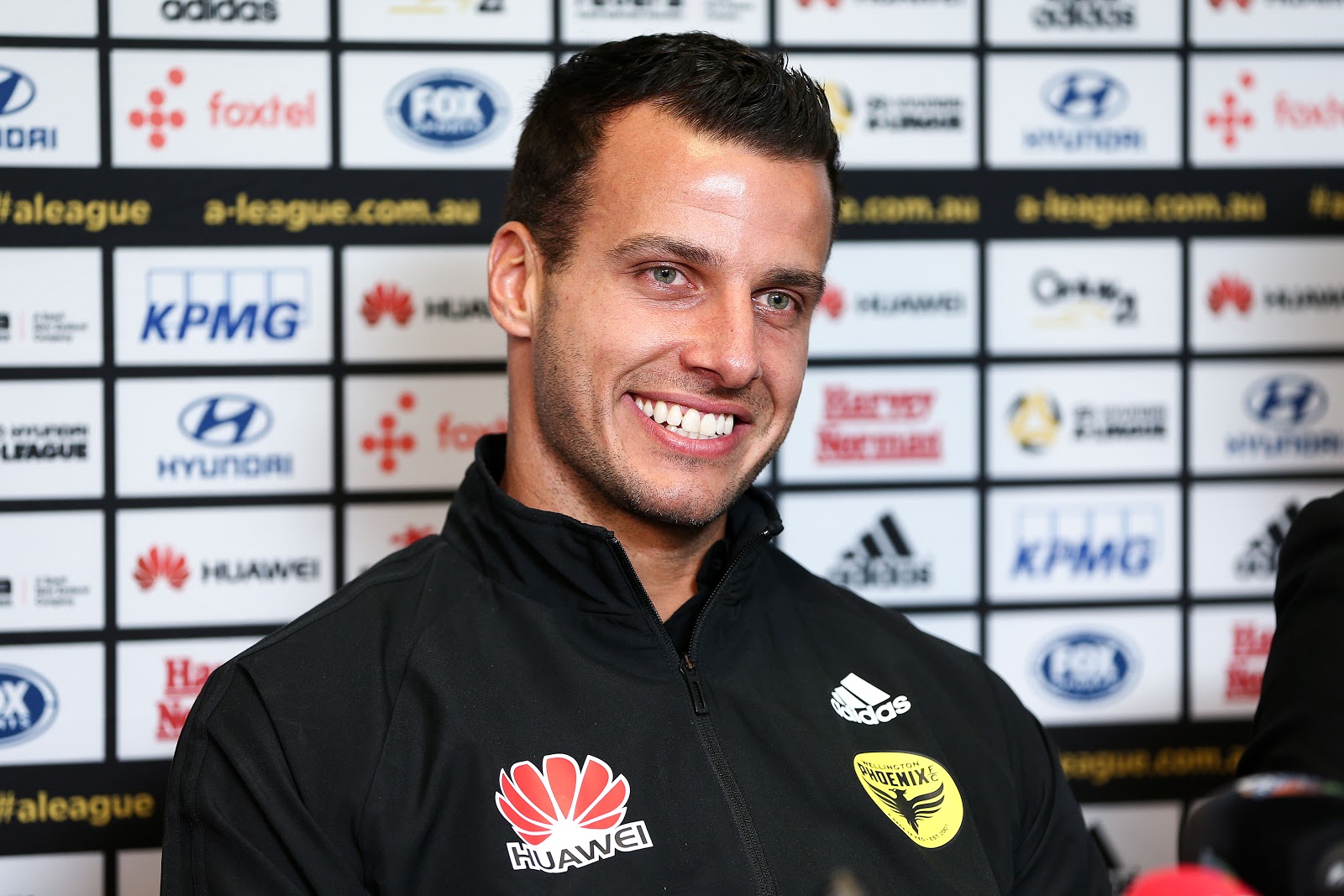 Most people around the world would be daunted by the prospect of picking up and moving halfway across the globe, regardless of your field of work or study, or even just travelling. Culture shock, language barriers and no sense of direction are just a few things that people come up with as to reasons why not. For Steven nothing can get in the way of a new career experience, so long as he can get out on the pitch and do what he does best.

"I don't have that sort of family commitment, I'm just excited to play and keep going forward. There's also a winning mentality here, anyone can beat anyone on any given day, and it makes for a competitive league. That's something that wet my lips and I knew I wanted to be a part of that."

Steven admits he's blessed to be a professional footballer, and he's willing to give it everything until his body gives up, because his mind will not. Having been toughened up and shaped by the Geordie way of life (football, of course) he doesn't treat Wellington any differently to playing in front of the Toon Army.

"I'm focused on the football, it's what I love. Whether it's Newcastle, Wellington or wherever I am it's always an honour to put on the shirt and go out there doing what I love, I'm a very lucky lad. I just want to put my best foot forward and help the club win. I know the fans were fairly disappointed with the way the season went last season, so I just want to see us succeed and win." 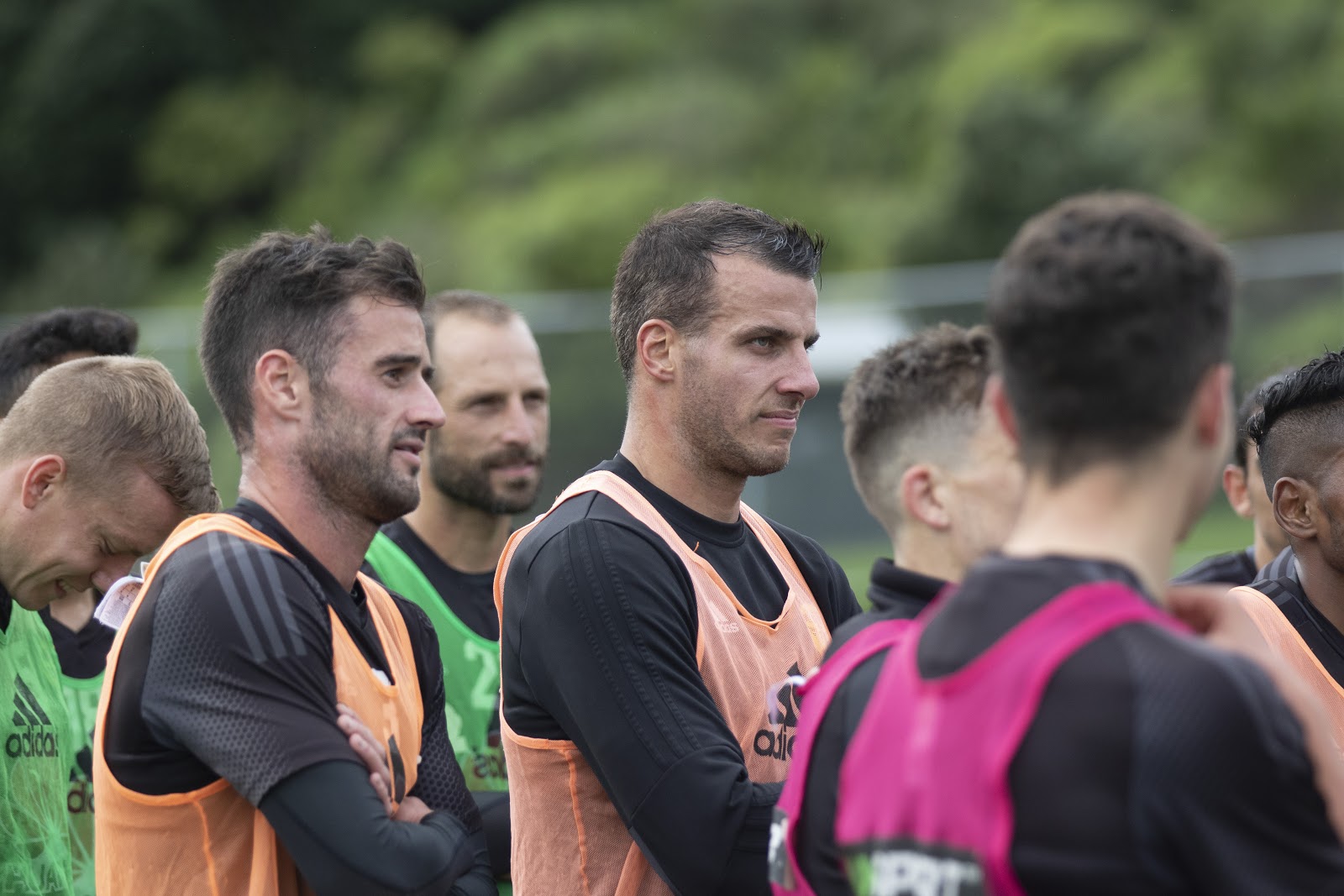 Even after enduring an underwhelming season and uncertainty about their long-term future in the A-League, Wellington was a destination that stood out to Steven for several reasons. He reveals that his relationship with the manager, Mark Rudan, got off to a flying start from the beginning, and says there are things he has seen that remind him of the early days in his career.

"I'd spoken to him a few times over the phone, the best thing about him is that he was a defender himself, and there's a lot we can relate to. He'd had success winning the league as a player with Sydney, so he knows what it takes to win.

"I've been learning from his experience which has been great, and he's created an atmosphere where the squad comes into training hungry for success and pushing for more and it reminds me of when I was a young lad with that hunger and drive to succeed."

Of course, I had to try and prod the question if he had considered coaching. At 32 years old, you could forgive some for questioning whether he would consider retiring, going through some ridiculous highs and lows throughout his career. But when you chat to a man who refuses to quit, you're only going to get one answer. 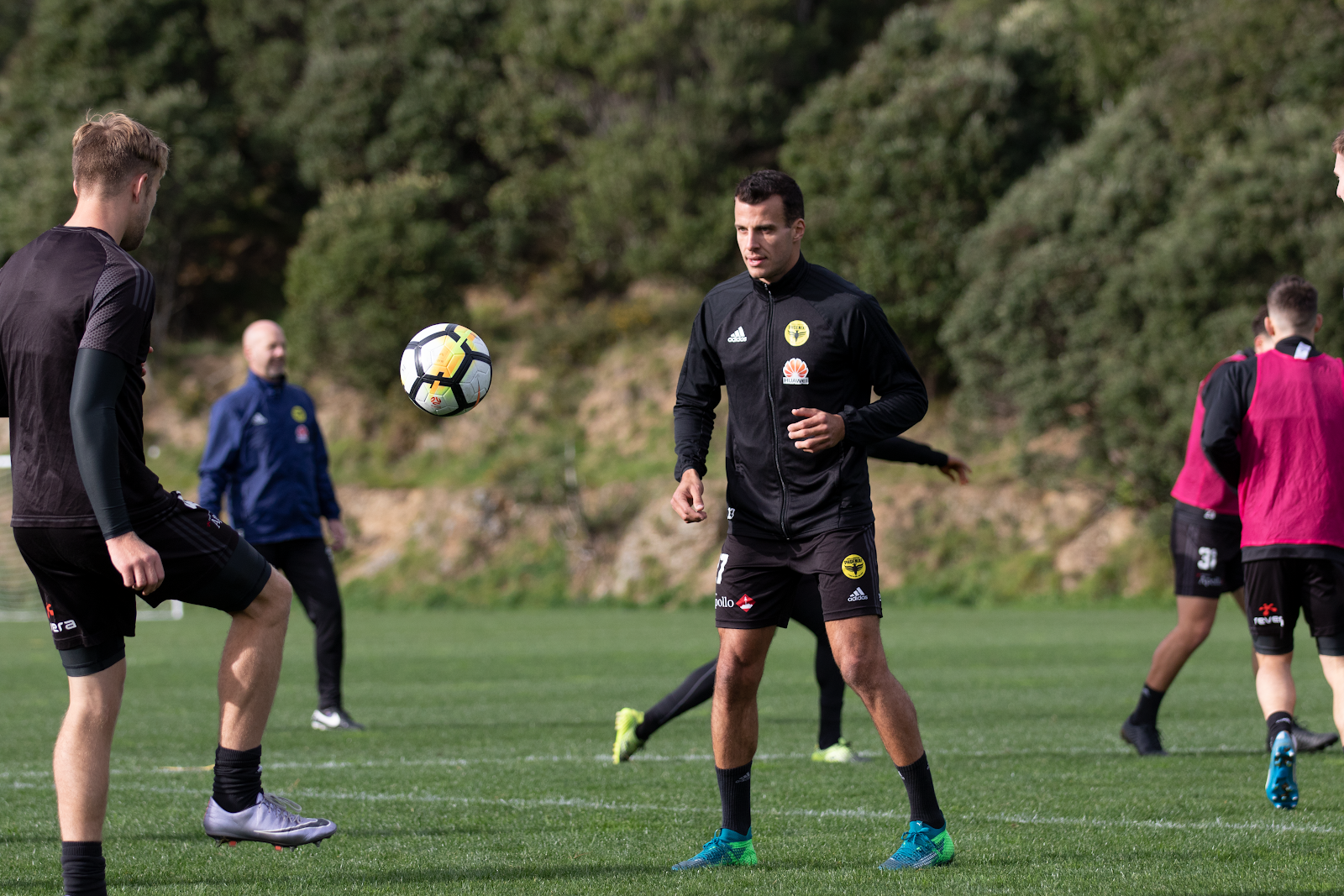 "It's something I'd love to do, but definitely not anytime soon. I'd been offered player-coach roles at a few clubs once I'd left Newcastle, but it wasn't something that interested me at that point. After having played 52 games last year with Peterborough I got a whole lot of confidence in myself to keep playing. As a player all you want is to play, I've still got plenty of drive and I feel good."

The former Newcastle skipper's approach to his career is quite probably one of the few these days driven by loyalty and a hard work ethic. Qualities such as those aren't common when certain careers are driven by ridiculous sums of money, the limelight or lavish endorsement deals.

The generational differences aren't always evident until you speak to someone of the ilk such as Steven Taylor. He's been there and done that, he's seen success, he's experienced failure, and everything that goes with it along the way. For him, there's simply no substitute for hard work and a solid playing group with the same mindset.

"A lot of football has come away from that winning mentality and wanting to succeed as a club. A lot of younger players are focused on themselves, and they're club hoppers. They're not always willing to stick it out at a club and find the next best option."

"Mark's created an atmosphere that we're all smiling coming into the training ground, working hard, spurring each other to keep going forward and getting stronger. It's a great environment and a good team spirit that's being built, and hopefully we'll be able to do some great things this season."

Steven will begin his season with Wellington Phoenix as they take on Grand Finalists Newcastle Jets on October 21.