Coming on as a central defender produced a masterclass in passing.

The Dutchman was supposed to be rested but Ronald Araujo's injury forced Ronald Koeman into a change of plans.

He played from 11 minutes in and completed every single one of his 82 passes, giving a 100 percent pass accuracy. 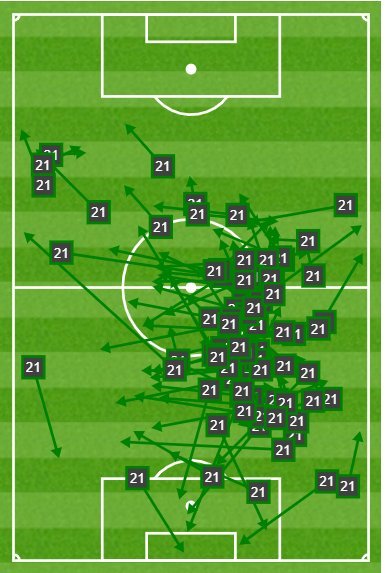