COMMENT: Backing youth. Using the academy as a bedrock. Of course, the similarities between what Ole Gunnar Solskjaer is building at Manchester United and the work of his old boss Sir Alex Ferguson are clear. But if you dig just a little deeper, the parallels are even more substantial...

When it comes to United's youth traditions, Solskjaer already has one over his old gaffer. Teden Mengi's debut for victory over LASK Linz made it eight debutants this season from the academy, matching a previous club record. But that old record wasn't set by Sir Alex, no, you have to go back 67 years and the 1952/53 season for the last time United threw so many of their own into the first team fray. That was under Sir Matt Busby, as he gave his Busby Babes, including Duncan Edwards, their chance at senior football.

Making Solskjaer's record all the more impressive has been this season's achievements. A top four finish, along with runs to the semifinals in all three of their Cup competitions. There's been no gimmes available to simply throw the kids in. The games in this campaign have mattered.

Will they all make it? No. Indeed, Largie Ramazani, one of those eight debutants, has already been allowed to leave. And more will follow in the coming year or so. Injury. Form. And the inevitable United chequebook will emerge as insurmountable obstacles for many of the eight - if not all. But under Solskjaer, they'll get their chance. Just as a previous generation did under Sir Alex.

Cycle back 30 years. Before the Class of 92. And similarities can be drawn between Solskjaer's kids and the first group of youngsters to break through under Sir Alex. Lee Martin, Lee Sharpe, Russell Beardsmore, Tony Gill, Denny Graham, David Wilson and Mark Robins. They were all given their chance by Ferguson. They all had their moment. Sharpe would go onto become a title winner with United. Martin an FA Cup final matchwinner. And Beardsmore long remembered as a Stretford End cult hero. Indeed, they all were. As Ferguson has stated, this group weren't the best, but they brought the club back to it's roots - and bought him time to restructure things behind the scenes.

“The kids did a magnificent job, buying time for the restructuring that carried us to eventual success," wrote Ferguson in Just Champion. "They were what the crowd wanted in that period of United's evolution".

That "restructuring" involved an overhaul of United's scouting at youth level and a shake-up of the club's academy coaching. It would eventually lead to the emergence of the Class of 92, with the determination - even aggression - of Ferguson's recruiting leading to Ryan Giggs being ferried away from Manchester City and David Beckham being convinced to reject Tottenham and move north. 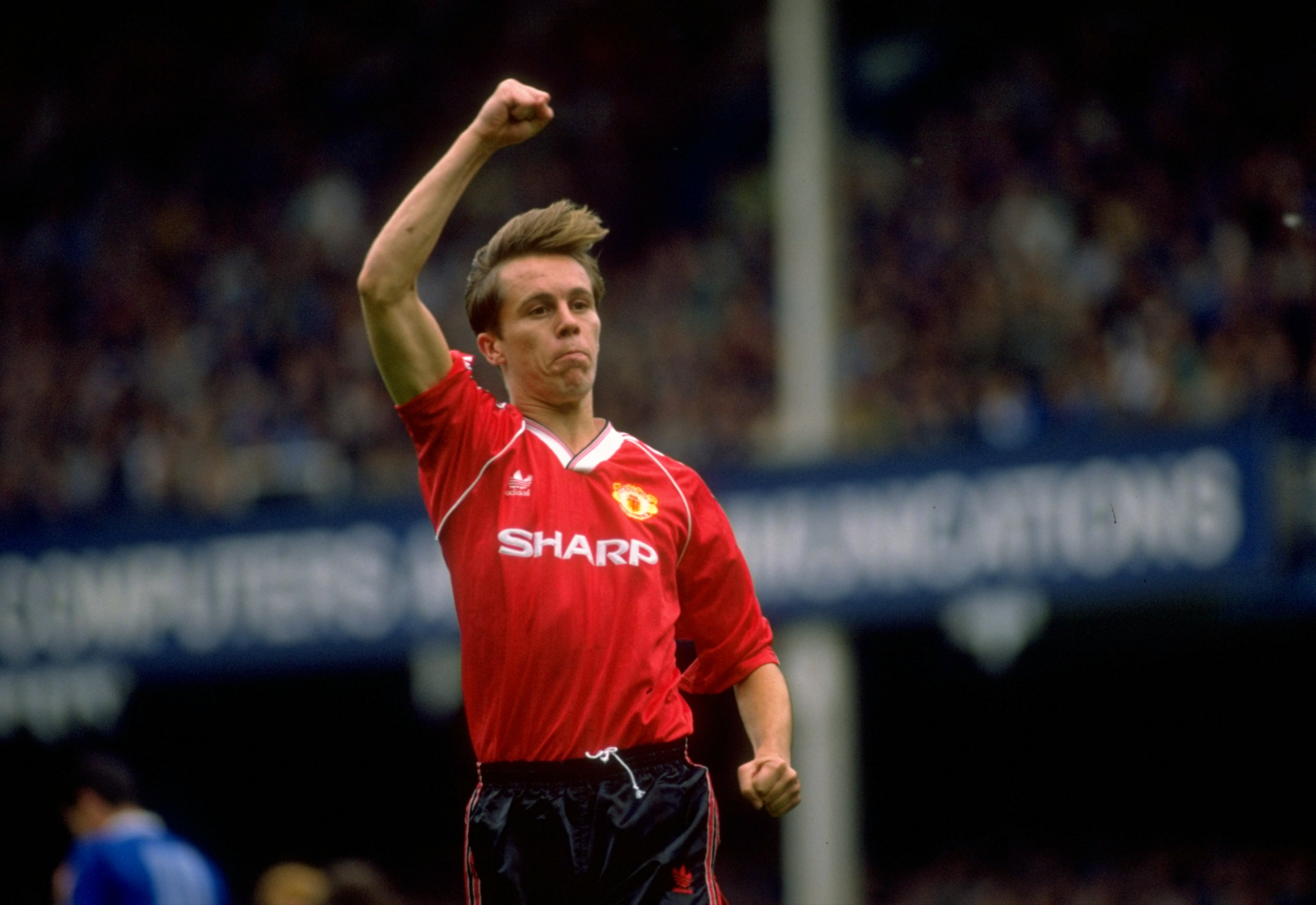 Russell Beardsmore - one of the original Fergie Fledglings

And scratch the surface of this season's progress and you see a similar approach being laid out by the current manager.

On the face of it, you'd say Solskjaer is pleased with what's been offered him. Mason Greenwood. Brandon Williams. They both look 10-year players for the club. But after these 18 months in charge. Given the chance to review the set-up beneath the first team. Solskjaer and his No2 Mike Phelan - who both cut their coaching teeth inside the club's academy - haven't been convinced by what they've seen...

Indeed, has there ever been a more aggressive round of recruiting at academy level by United? Filip Stevanovic, the 17 year-old Partizan Belgrade winger, is the latest teen about to ink terms with United. A first teamer. A player who faced United just this season in the Europa League. He's been identified as one for the future by United's scouts. But he isn't alone - not by a long shot.

Isak Hansen-Aaroen, a debutant at 15 with Tromso, is also about to arrive. As are Spanish wing-backs Marc Jurado and Alvaro Fernandez from Barcelona and Real Madrid respectively. And already settling in are former Sunderland duo Joe Hugill and Logan Pye, along with Radek Vitek, a goalkeeper from Sigma Olomouc.

Whether from home or abroad, all six players arrive with already well established reputations. They haven't been signed to fill gaps. They've been identified and brought to Carrington with a long-term aim of being a United first teamer. Just as Sir Alex did 30-odd years ago, Solskjaer is now overseeing perhaps the most radical change of personnel at youth level since the turn of the century. And as Stevanovic's deal suggests, the push to lift the standard of player coming through the system will continue.

Buoyed by the impact of Greenwood. Seeing Solskjaer's commitment to youth. It's not just the badge that is now attracting the likes of Stevanovic to the club. There's tangible evidence that United will give them their chance - if they deserve it.

As Solskjaer, discussing the progress of Greenwood and Williams, said just this weekend: “These players are at the biggest club in the world and can be successful – but that needs dedication, determination and sacrifice. This club has to be your only focus till the day you're out of the door."

Which is the same words you can imagine Ferguson used to convince the families of Giggs and Beckham to trust their careers with United - all backed up by the opportunities they were seeing granted to Beardsmore and co.

The parallels are there. Greenwood. Williams. The excitement around this current crop is deserved. But given the shake-up behind the scenes at Carrington, you fancy there's much more to come from the academy under this Manchester United manager.