Pedrerol blasts: Real Madrid have put Hazard UP FOR SALE

Man Utd playmaker Bruno Fernandes: Playing every two days is not enough for me!

Solskjaer? Telles? Why one man alone responsible for Shaw revival at Man Utd

While it's becoming accepted opinion, it'd be wrong to say increased competition this season has given Shaw the kick up the backside he's needed. For Shaw, the threat to a regular appearance bonus that Telles brought with him last summer was nothing new. Nor the emergence the previous season of Williams and the backing the academy lad enjoyed from Solskjaer. Shaw has been through it all before. The presence of Marcos Rojo and Matteo Darmian, even Daley Blind, never brought out in Shaw what we're seeing today.

A change of manager? Well, an argument could be made. But Shaw has never played better for Solskjaer than he is this season. Indeed, the motivation behind bringing Telles in from Porto wasn't to put a rocket up the 25 year-old - but essentially to replace him. That Shaw has rumbled the Norwegian's plans - and left his manager with an expensive reserve - was never in the script.

The fitness levels, again, could be argued. But he's had those spurts before. Shaw even famously winning very public praise from former manager Jose Mourinho with his surprise jaunt to Dubai to prepare for preseason training. Mourinho making it a point at the time to highlight the commitment his young left-back was showing. But again, this was no one-off from the England international. Shaw has long made it part of his routine to train while in offseason away from the club. And even putting those extra weeks in over early July, he never reached the heights we're seeing today.

So what is it? Who is it? Well, that's easy: it's the player. It's the player and those tiny details. Those small changes when put together produce a campaign as we're now seeing from England's now, current left-back.

Family life. Home life. Life experience. It's now coming together for Shaw. From those early years of questions within the club about housing his mates. To moving them out and bringing his parents north to live with him. To now having his own family, his son Reign, and a steady routine. It's making the right impact.

Solskjaer's management has made a difference. But it's not the sole reason. Consider the final months of Mourinho's time in charge. When the sack came, Shaw was one player who could look the now Tottenham manager in the eye. That tough love from the Portuguese, as much as it upset United's exes on the sofa, did find a way to elicit a performance out of the left-back. 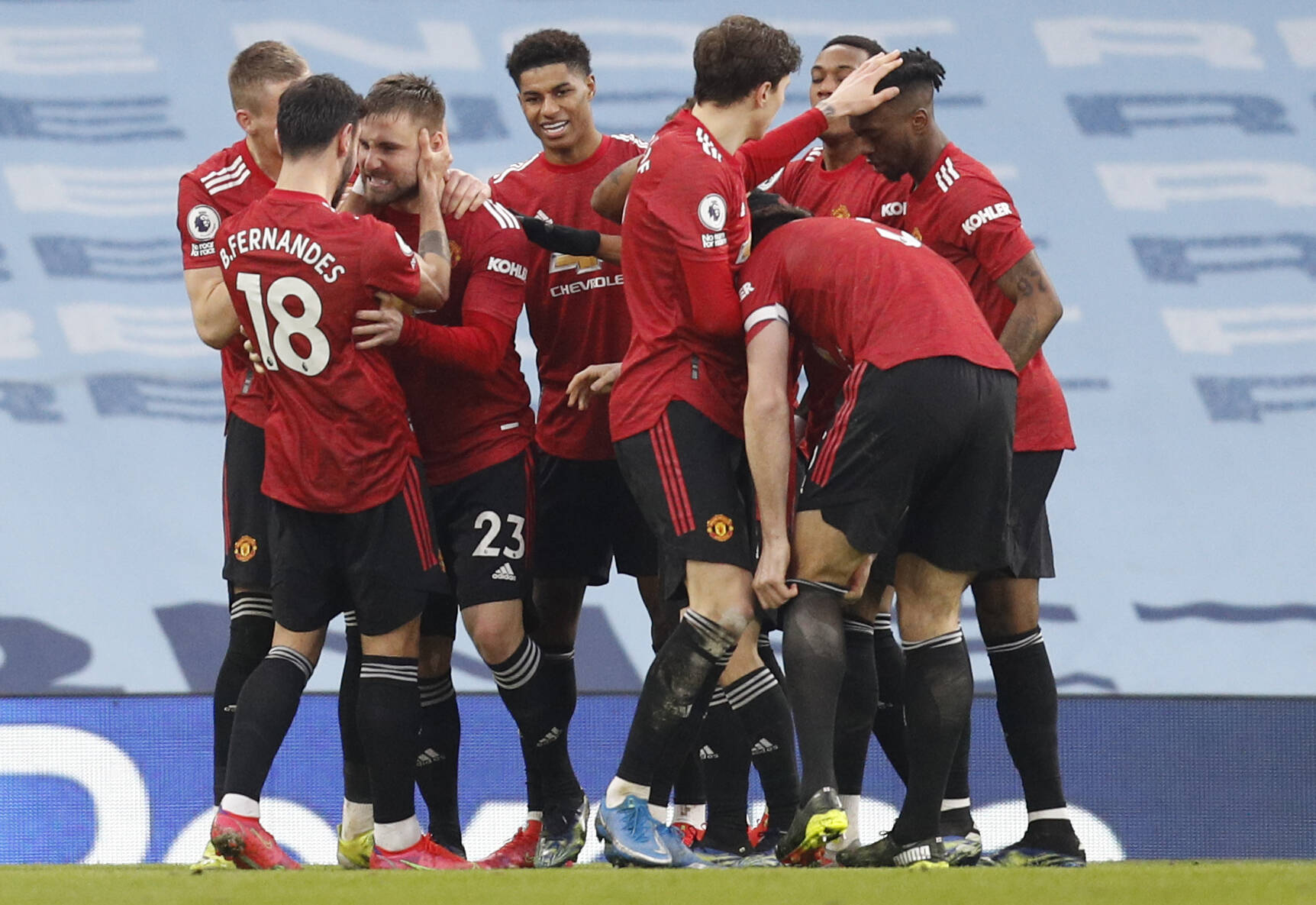 No longer the coaster. No longer the one to simply ride alongside. Shaw has embraced the feedback and output coming from Solskjaer's analysts. It's been noticeable this season, which perhaps is due to the intense schedule, that United's manager has raised his squad's fitness stats regularly in pressers. The numbers coming from the boffins helping Solskjaer keep his best players on the pitch - which include Shaw.

"He is mentally very good at the moment," stated Solskjaer of his left-back. "He has become a dad, he keeps beating his high intensity and total distance stats and, with the talent he has, when that fitness and mental bit is sorted, you are always going to get good performances."

Shaw signaled a new position within the squad's hierarchy at the start of the season. The left-back, with his seventh campaign as a United player underway, making a pitch to the board. With a month to run before the summer transfer window shut, the squad needed strengthening. United needed to compete.

"We have a very good group," said Shaw, in the aftermath of defeat at home to Crystal Palace. "But personally I think we need more players to strengthen the squad.

"It can give us a boost. When you look around at how other teams are strengthening their teams, then we must also do it to keep up with the others."

He'd almost broken ranks. Not even Bruno Fernandes has spoken so openly about the need for the club to make new signings. To not sit back while their nearest rivals strengthened themselves. But Shaw did. And in the wake of a poor home defeat no less.

To be fair, this column was never a great fan of Shaw. His arrival from Southampton was overhyped. Talk from the likes of Gary Neville of a teenage Shaw potentially being the best left-back in Europe was ridiculous. The body shape. The reflexes. The awareness. None of it suggested United had signed a world-beater. But despite the doubts, the feedback we'd get from the training ground was that Shaw was as good a footballer as there was on the books. In terms of ability and all-round game, there was no-one better - including Paul Pogba. Of course on matchday, particularly under Mourinho and Louis van Gaal, it was a struggle to accept such claims.

But today? Well that's a different story. The ability in possession. The recovery. The finishing. The crossing. It's being showcased by Shaw every week. Even a versatility to slot into a back three has been noticed. Glenn Hoddle, the former England manager, stating Gareth Southgate's line-up would be stronger with a back three having Shaw on the left-side of a central Harry Maguire. The United fullback's pace and recovery a benefit to Maguire, Hoddle has argued.

And that's been the theme this season. The English game has rediscovered Shaw. The teen so many celebrated coming through at St Mary's now the player they were all predicting we'd see.

A great story. Among the best of this Solskjaer era. And beyond any outside influence, any increased competition or man-management, it's been Shaw, himself, who is responsible for this happy ending.