Galatasaray star Kerem Aktürkoğlu is destined to play for Europe's biggest clubs in the future, his agent has told TribalFootball.com.

The 23-year-old has established himself as a bonafide star for Gala and the Turkey national team over the past two seasons.

Starved of opportunities at Istanbul Basaksehir, Aktürkoğlu moved to the fourth level of Turkish football and eventually worked his way back to the Super Lig with Gala in 2020.

"There's a lot of interest in this boy," Aktürkoğlu told TribalFootball.com. "He has come from the fourth division in Turkey. He was at Basaksehir but there was no pathway to the first team so he went down in the leagues just to play. 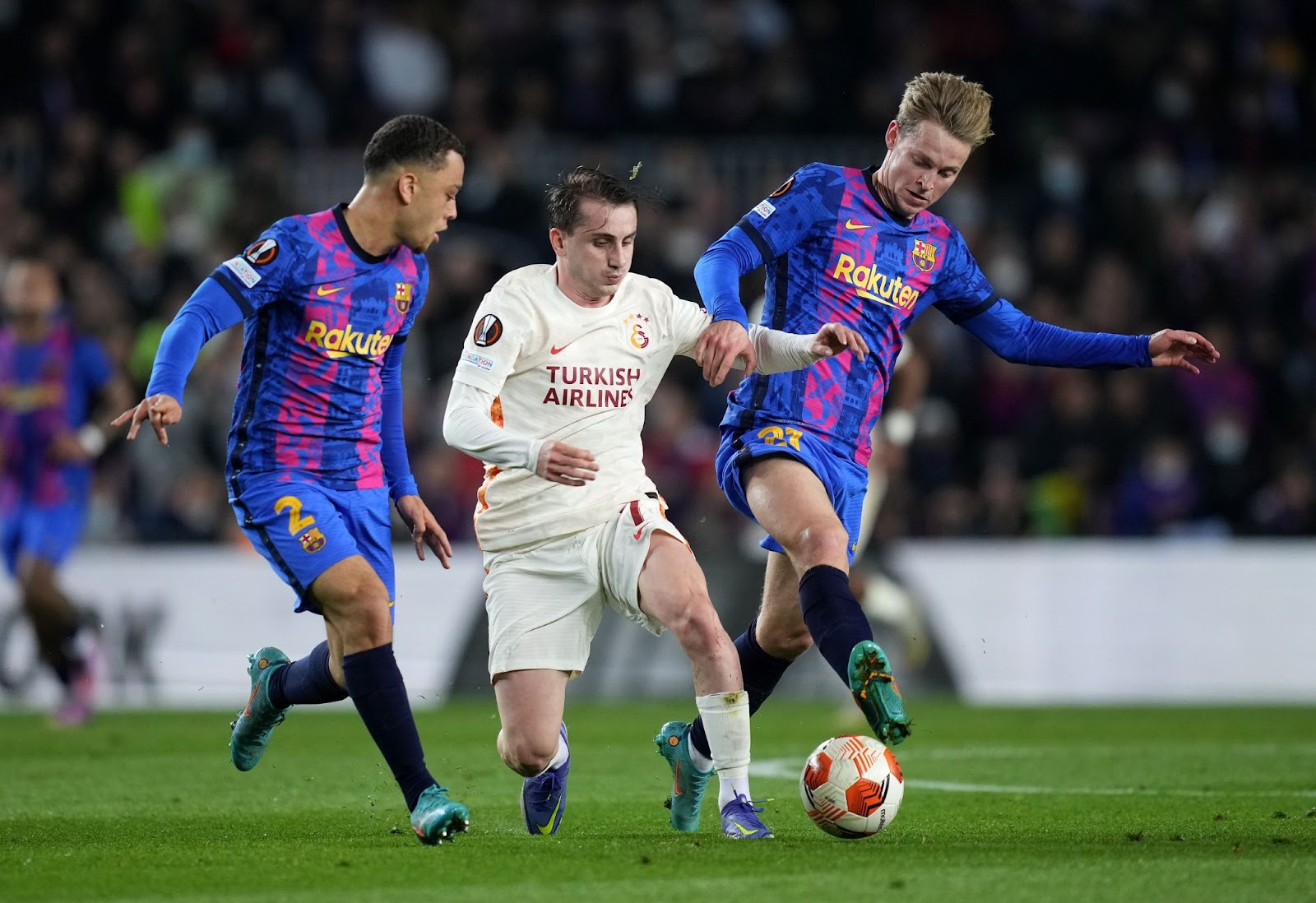 Aktürkoğlu in battle against Barcelona

"So he played three years in the lower leagues, day in and day out and then he came to Galatasaray and slowly they adapted him and this year he is in the starting XI for Galatasaray and Turkey. He is the player with the most official games in the Turkish league.

"An unbelievable boy in terms of mindset, always wants to improve. I'm really happy to have this boy [as a client] and to work with him."

Aktürkoğlu put himself on the map in Europe with impressive performances in the Europa League last-16 defeat to Barcelona.

Arsenal and Tottenham reportedly sent scouts to watch Akturkoglu against the Blaugrana. 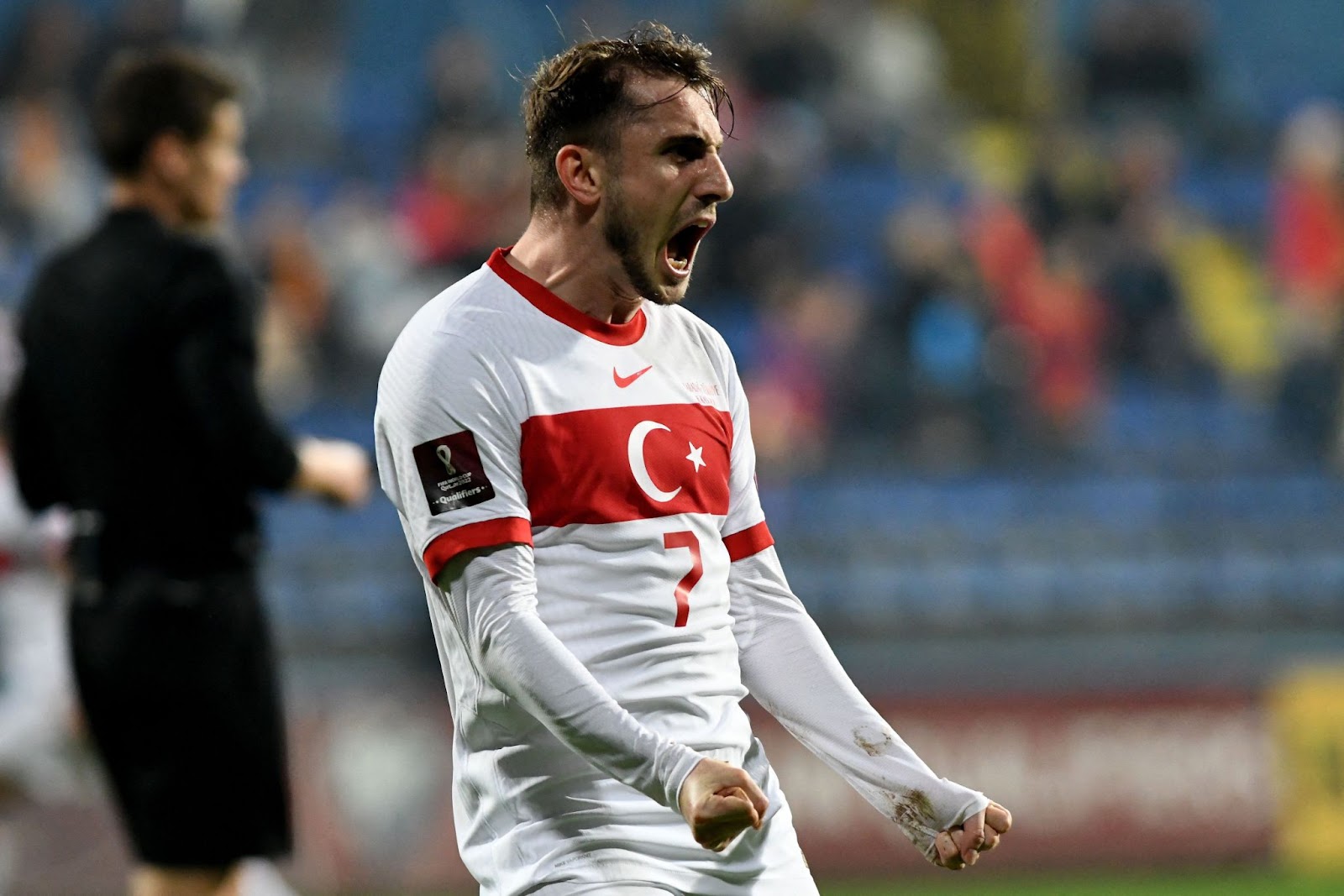 Asked if Aktürkoğlu can play in the Premier League, Sogut added: "One day he will. I don't know if today is the right time.

"I'm not a football expert. I would never judge and say he could play in this league or that league. I'm more of an expert in contracts and brand building. In my team there are experts who would say this league or this playing would make sense. What I would say is that he is improving every day.

"I compare him with a player like Salah or Kevin De Bruyne. Players who are improving every day. Adding value to themselves, getting better because they have this mentality. Every season they improve more. And Kerem is like that. He gets better every season. That's why I'm confident he will play in the best teams one day."