In 1986, Joe O'Connell, from Sligo, Ireland took what would become the last unseen image of the infamous 'Hand of God' goal at the iconic Estadio Azteca.

Just days before the start of the 2022 edition of the greatest sporting event on the plant, Betting America exclusively revealed the image.

The controversial England vs Argentina World Cup quarter-final match was surrounded by both brilliance and scandal; with many incidents in the fiery clash revolving around one of the greatest footballers of all time, Diego Maradona.

Joe borrowed a 35mm camera from a friend before leaving Sligo to take some holiday snaps, but he initially had no idea how to use the camera properly, and was sporadically taking photos throughout the trip.

He turned down the opportunity to watch Barry McGuigan box in Las Vegas, and instead decided to visit Mexico City to take in some World Cup action.

By pure chance, one of the images Joe captured was the moment Argentine maestro Maradona, who had moved from Barcelona to Napoli two years previously, rose with England 'keeper Peter Shilton and punched the ball into the back of the net to give his side the lead. 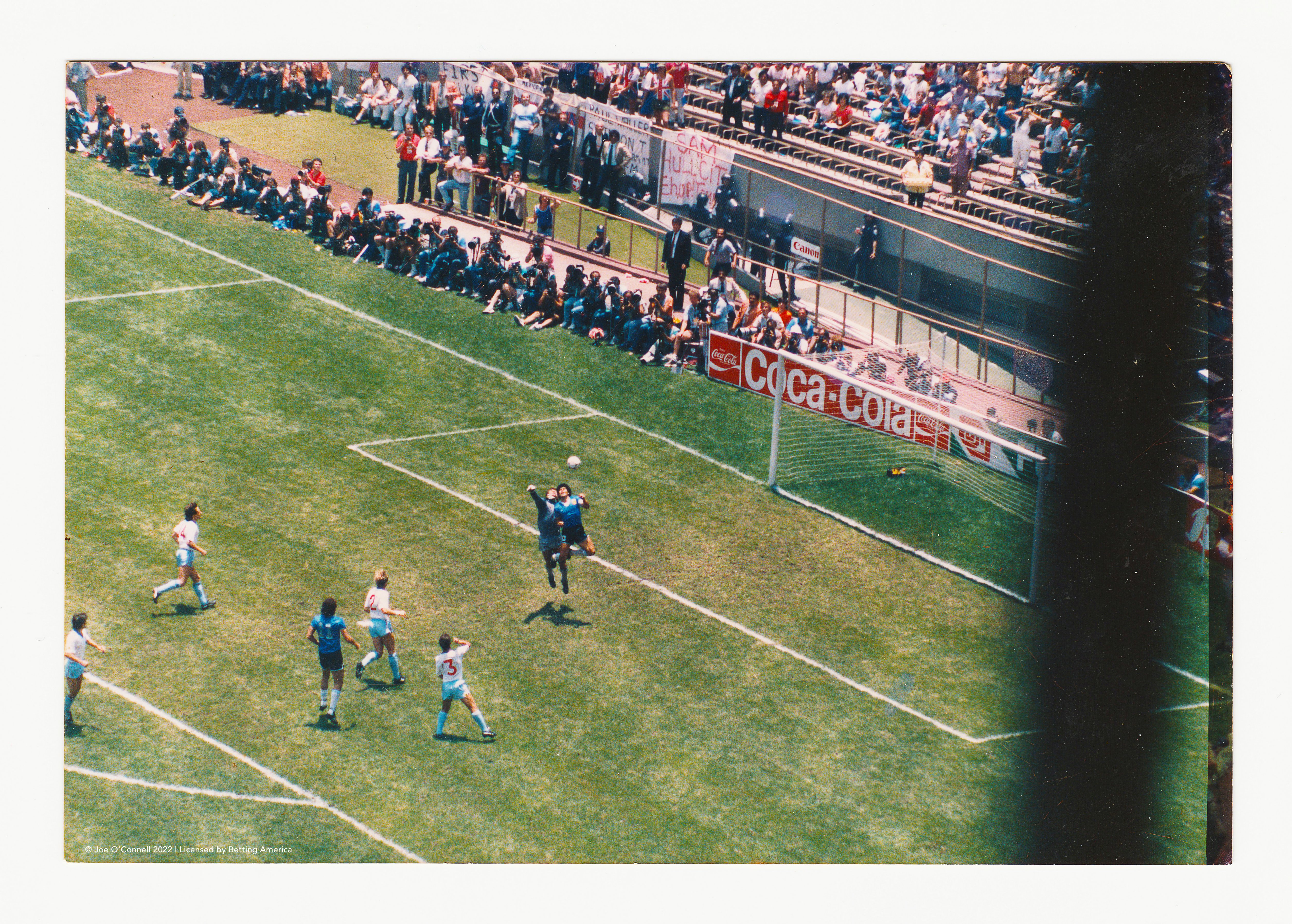 When looking back at the controversy in Mexico City, Joe said:"At that moment, I had no idea that such a significant goal had just been scored due to the language barrier around me.

"I knew Maradona had scored somehow, but not the context of how the ball made its way into the English nets.

"It was only really later that night after seeing the media coverage, that I wondered whether I might have caught a seriously controversial moment in football history on camera.

"It was only days later after I got the film developed that I could see how close I had been to providing definitive proof that his hand had indeed steered the ball towards the goal."

For Joe, Maradona's 'goal of the century' was a memorable moment but the significance was yet to be clear.

"You could tell you were seeing a talent that might only come about once every generation or two, it was quite an unbelievable moment,'' he continued.

"For me, that moment was memorable, but I only later realised the significance of the "Hand of God" goal." 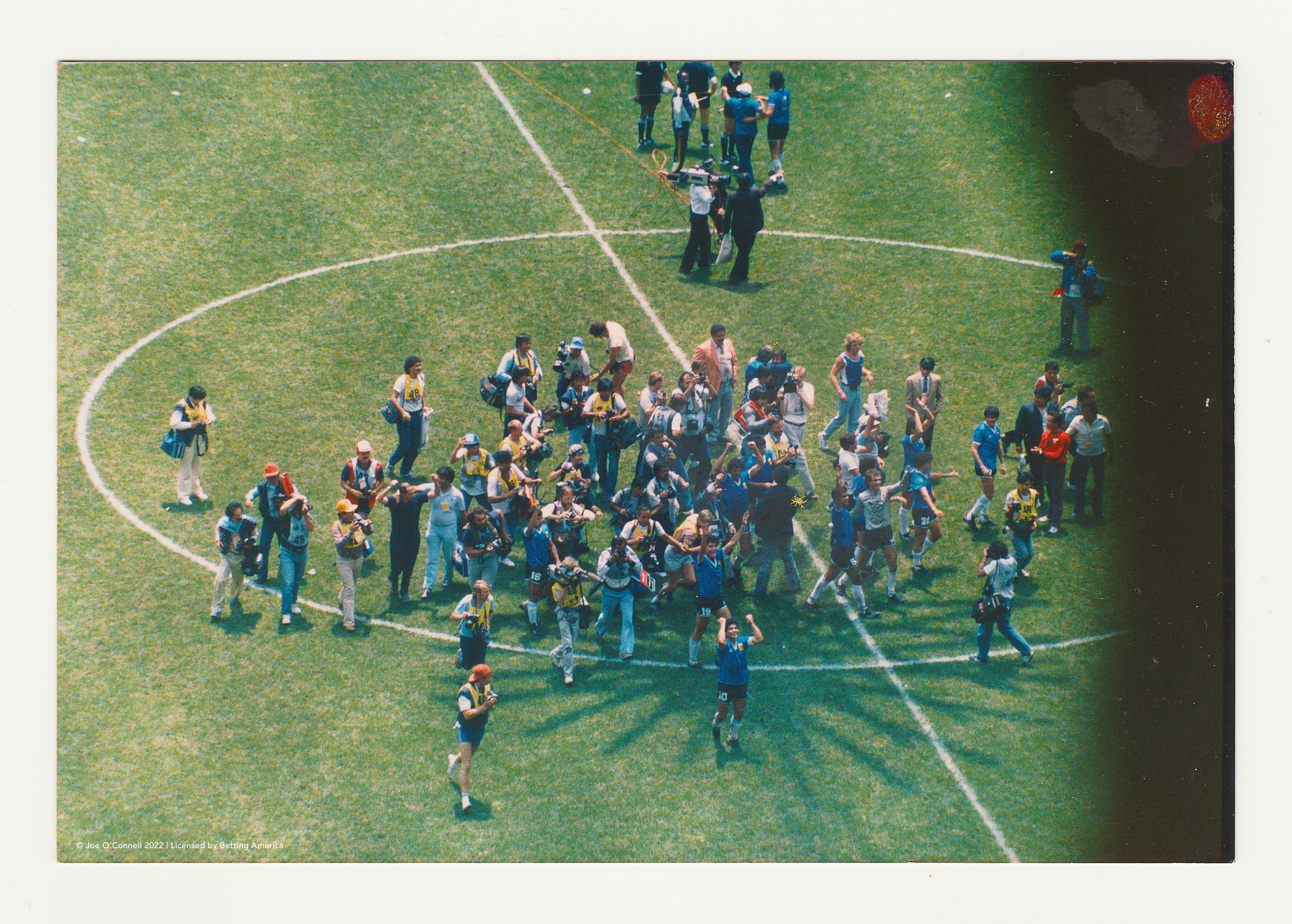 In May this year, the shirt Maradona was wearing during the '86 classic sold at auction for over £7m, a world record at the time for a piece of sports memorabilia. Steve Hodge, the former Tottenham and Nottingham Forest star, swapped shirts with Maradona in the aftermath of the controversial day.

Meanwhile, the ball used in the incident, which is still owned by the match referee Ali Bin Nasser, is to be sold at auction on November 16th and is expected to fetch anything between an eye-watering £2.5m and £3m.

England's 6-2 victory against Iran at the 2022 World Cup in Qatar came 13,301 days since the infamous incident, but we're sure the English fans are over it by now…

Here's a few more snaps from Joe of that famous day: 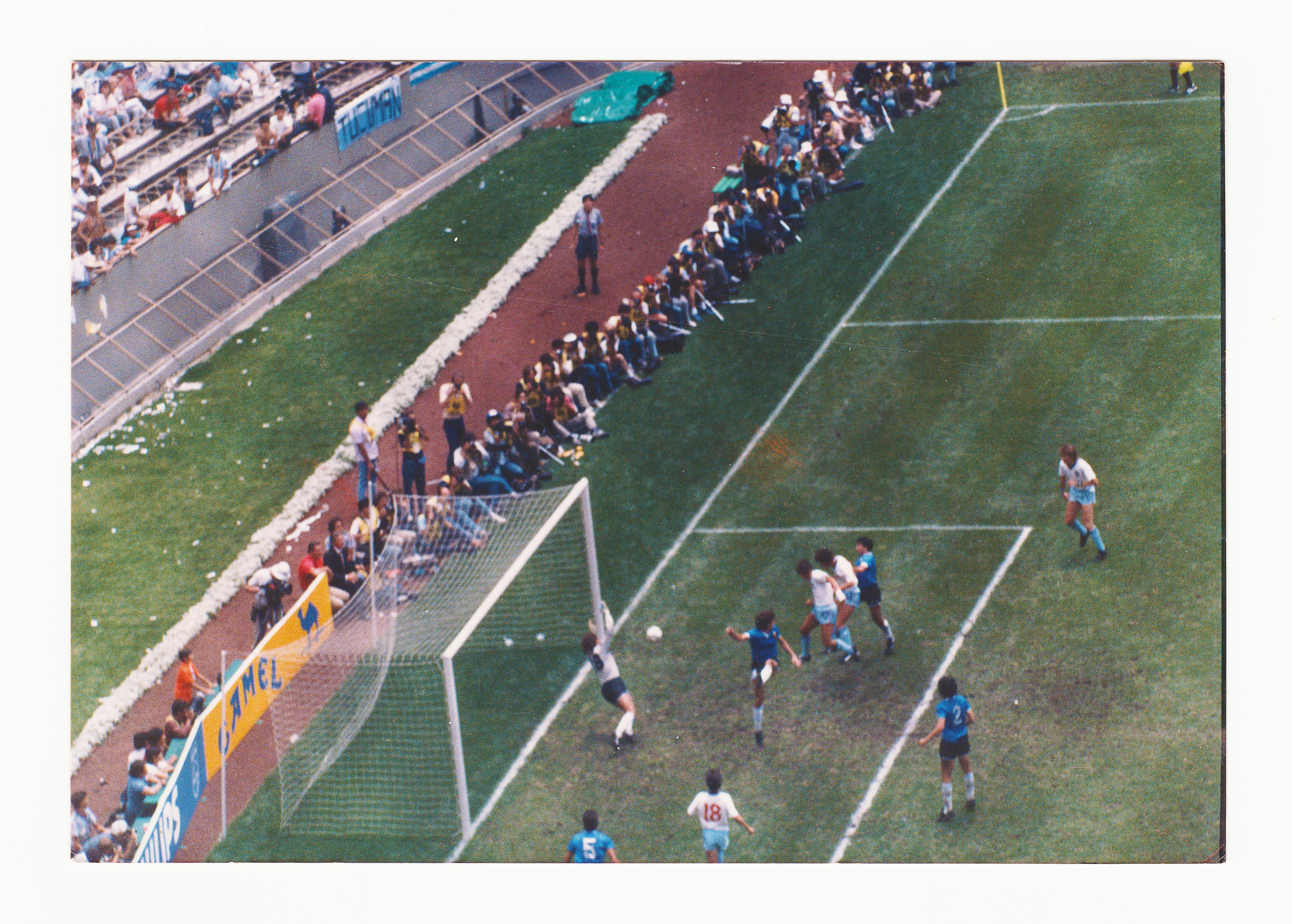 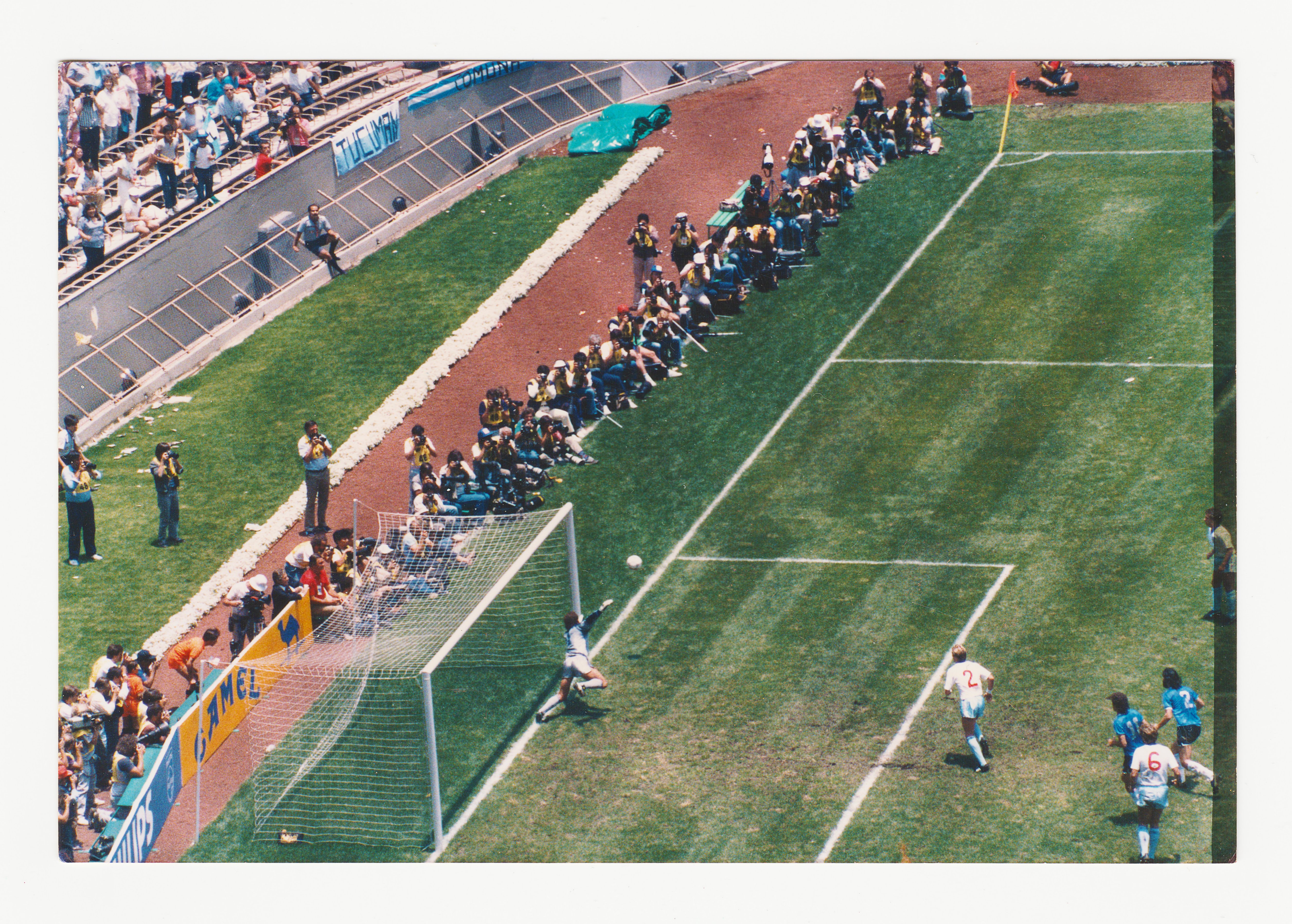 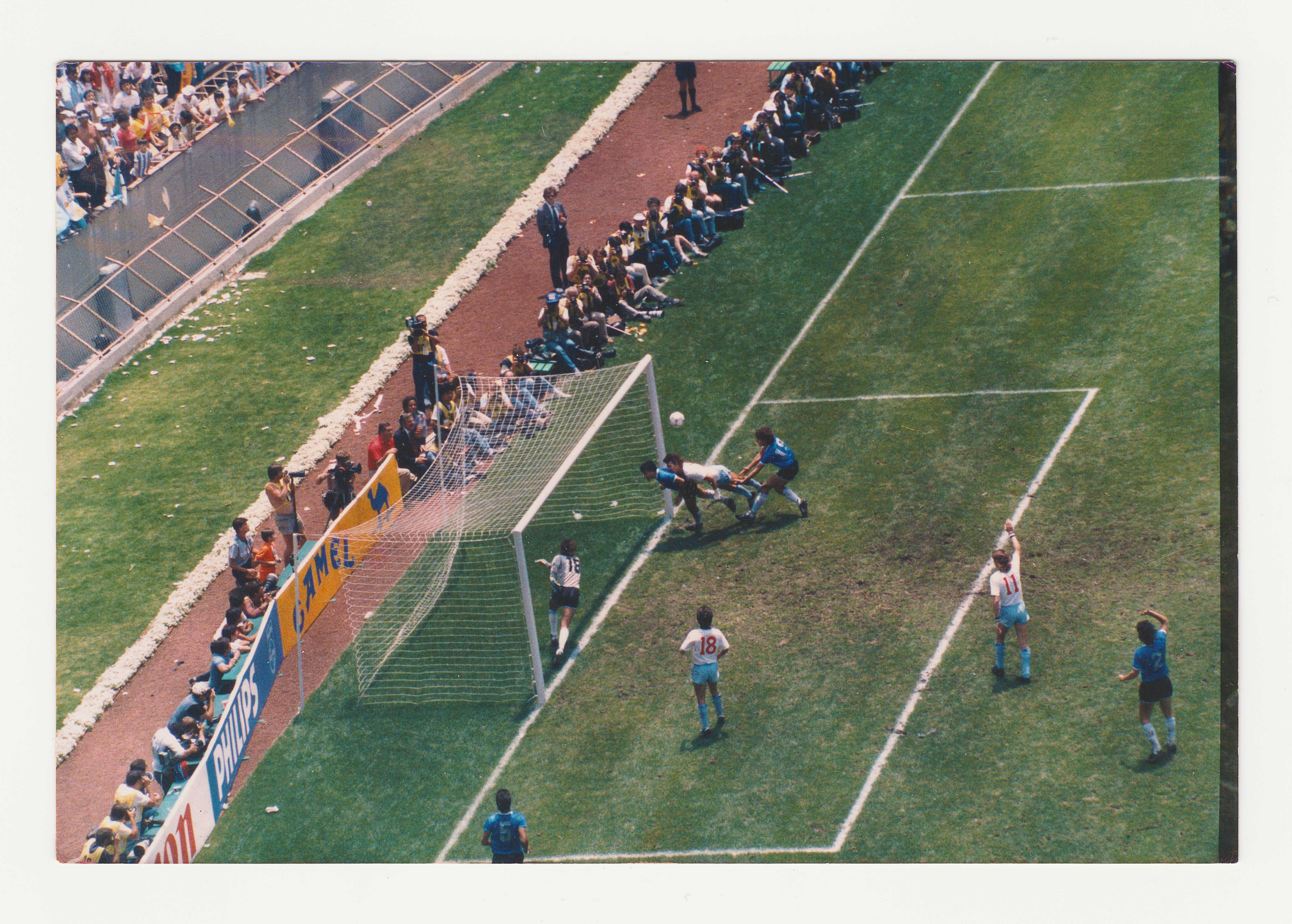