Manchester United captain Harry Maguire has had a pop at Chelsea after Saturday's 0-0 draw.

Maguire has seemingly hit back at Frank Lampard accusing the Manchester United defender of getting Cesar Azpilicueta in a "headlock".

Chelsea boss Lampard was furious his side weren't awarded a penalty in Saturday's 0-0 draw with the Red Devils at Old Trafford.

Maguire remained tight-lipped in the face of the criticism that came his way, but he eventually responded on Instagram Story.

Posting just a picture without words, Maguire appeared to hit back with an image of Blues defender Reece James holding him around the middle - a challenge that also went under the radar of the referee. 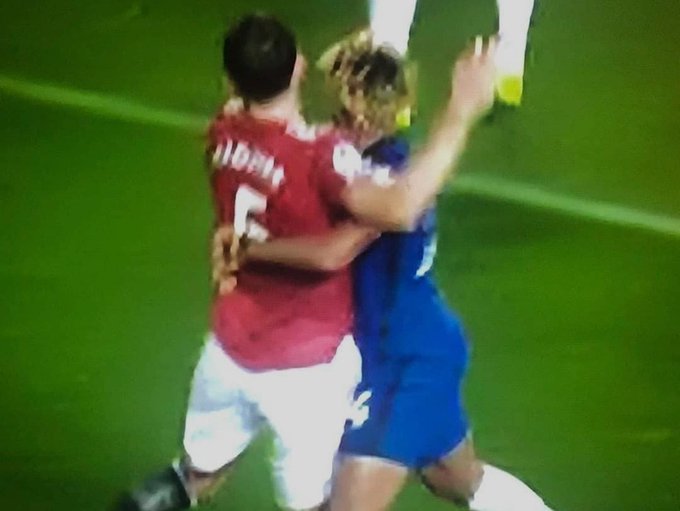