Self-inflicted? Why Marcus Rashford has only himself to blame for Man Utd career CRISIS

COMMENT: Marcus Rashford and this form slump. Or better yet, this form crisis - because it is crisis and it's a crisis of his own doing....

There's no great mystery regarding the cause of Rashford's woes this season. And as much as this column would like to blame the charity work; the hobnobbing; all those high-profile non-football events the Manchester United striker is now more famous for than anything he does on the pitch - though there is a contribution there. Rashford's problems this season are of his own making. His own choices. And now they've well and truly come into effect.

There's been better players. Far, far better players. Who have been forced to write off a campaign after missing their preseason. It's football. It's history. It's how it all works. And unfortunately Rashford thought he was better than that. He thought he knew better. Better than Ole Gunnar Solskjaer. Better than Mike Phelan. Better than everyone in senior positions at United at the time who urged Rashford to get his shoulder cleaned up at the end of last season. It would mean missing the Euros with England. But for the long-term, it would be of benefit to the striker.

Of course, Rashford ignored the advice. And spent much of the Euros as a supersub. Then, he did it again. Rather than do a shortened preseason and join the campaign after the opening games, Rashford chose to skip all that. Instead, he had three weeks away in the Turks and Caicos Islands. And upon returning to England, it wasn't to play, but to have his operation.

The problems now engulfing Rashford are of his own making. As this column has previously stated, this season is a write off for the 24 year-old. It was as soon as he chose to put England ahead of United at the end of last season. And from there, it's been one poor decision after another.

And it's a shame. A real shame. Within Carrington. On the training pitch. There's no doubting Rashford's attitude and approach. He is trying. Rashford spending more and more time after the formal training sessions in an effort to shake this slump. He's spoken to staff. He's sought out the likes of Cristiano Ronaldo for advice. He is trying. 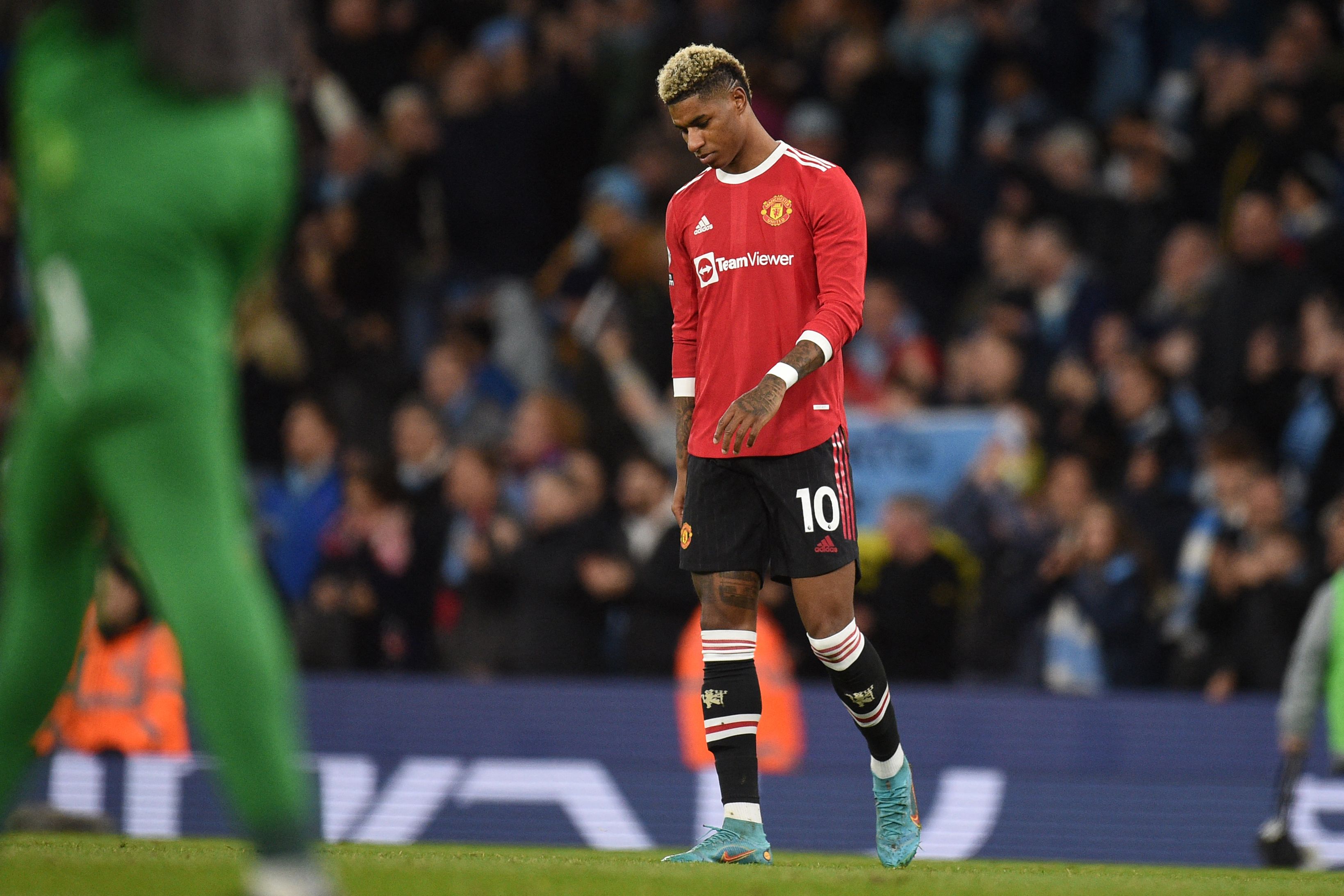 But it's not falling for him. Just as it didn't for those who came before him. A player misses preseason and that player struggles. It's football lore. You can't beat it. As we say, far better players than Rashford have made the same gamble and lost. The game just doesn't work like that.

But now comes the crunch. Can Rashford find a way out of this? Can he stop the spiral? Does Rashford have it in him to fight his way back?

For those around him, the answer - it appears - is 'no'. The decision to run to the press this week. To let it be known that their Marcus was rethinking his future. That the phone had been "ringing off the hook" regarding a move elsewhere. You just have to ignore the noise and listen to the signal: Rashford is ready to cut and run. At least, that's what Team Rashford is suggesting. And to make matters worse, they let it be known that Liverpool and Jurgen Klopp, of all people, would be interested in offering their Marcus a safe haven away from United and it's angry support.

Perhaps those involved believed they were doing Rashford a favour? Agents. Family members. They don't just release comment about players when it's contract renewal time. Sometimes it's simply for a pick me up. Sometimes the motivation behind releasing a bit of transfer blather is about lifting a player's confidence. Seeing his name associated with a big club. Assuring him he hasn't been forgotten.

But Liverpool? Klopp? It was needless. Thoughtless. And did nothing to stem a deteriorating relationship between Rashford and the United support. A relationship that has been going downhill for the past year. Make no mistake, there's real frustration amongst United fans regarding Rashford and where his priorities lay. That blow-up in the Old Trafford carpark after this week's Champions League elimination was always coming. Although blow-up is an exaggeration. Fans questioning Rashford's performance. Telling him to 'c'mon' and do better is hardly abusive. And it certainly didn't warrant the player's reaction behind a steward and a security guard well away from the cordoned off fans.

Again, it's simply poor decision making. It invites headlines. It invites opportunists. And it drives a bigger divide between Rashford and the support. Those fans who shouted at Rashford don't deserve to be portrayed as they were in the aftermath. Not by the press. Not by Ian Wright.

It's just another problem of his own making. Like the operation. Like the preseason. Like the Klopp talk. It's all self-inflicted. If only Rashford (and his team) had listened to Ole a year ago...