COMMENT: His price has plummeted. His status too. But for Thomas Tuchel and Chelsea, there's a real confidence that adding Saul Niguez will significantly improve the European champions...

On deadline day, it was chaos at Chelsea. Malang Sarr, on a jet bound for Germany, saw his move to Greuther Furth fall through. Jules Kounde, as he waited anxiously in Paris, would also learn that Sevilla had blocked his expected switch to London. He's been ignoring calls from Monchi and Julen Lopetegui ever since...

And amid all the commotion. With barely 15 minutes left of this summer transfer window. Chelsea and Atletico Madrid managed to get the necessary paperwork in by the bell. A loan deal was settled. Saul was a Chelsea player. At least for this season - and perhaps beyond.

On first flush, it appears overkill. Another midfielder for a squad choc full of them. Not only that, a midfielder whose value and status had dropped dramatically over the past 12 months. On paper, there's little justifying such a deal.

But dig a little deeper and you can understand Tuchel's determination. Make no mistake. Saul hasn't been foisted upon the German. The manager has driven the Spaniard's arrival. Like Romelu Lukaku, he's been hand-picked by his new manager. And it's no coincidence they've virtually arrived as a package.

A year ago and €80m wouldn't have brought Atletico to the table. Saul was a hot property. A free-scoring midfielder. Capable of the spectacular and with genuine box-to-box ability. Outstanding defensively, exciting offensively. He was courted by every major club in Europe. But all enquiries would be referred to his €150m buyout clause.

Now a year on and Atletico were struggling to give him away. A swap involving Antoine Griezmann at Barcelona was turned away. The prospect of being placed at Bayern Munich another option never to get off the ground. For Saul, in a title-winning year, something clearly had gone dramatically wrong. 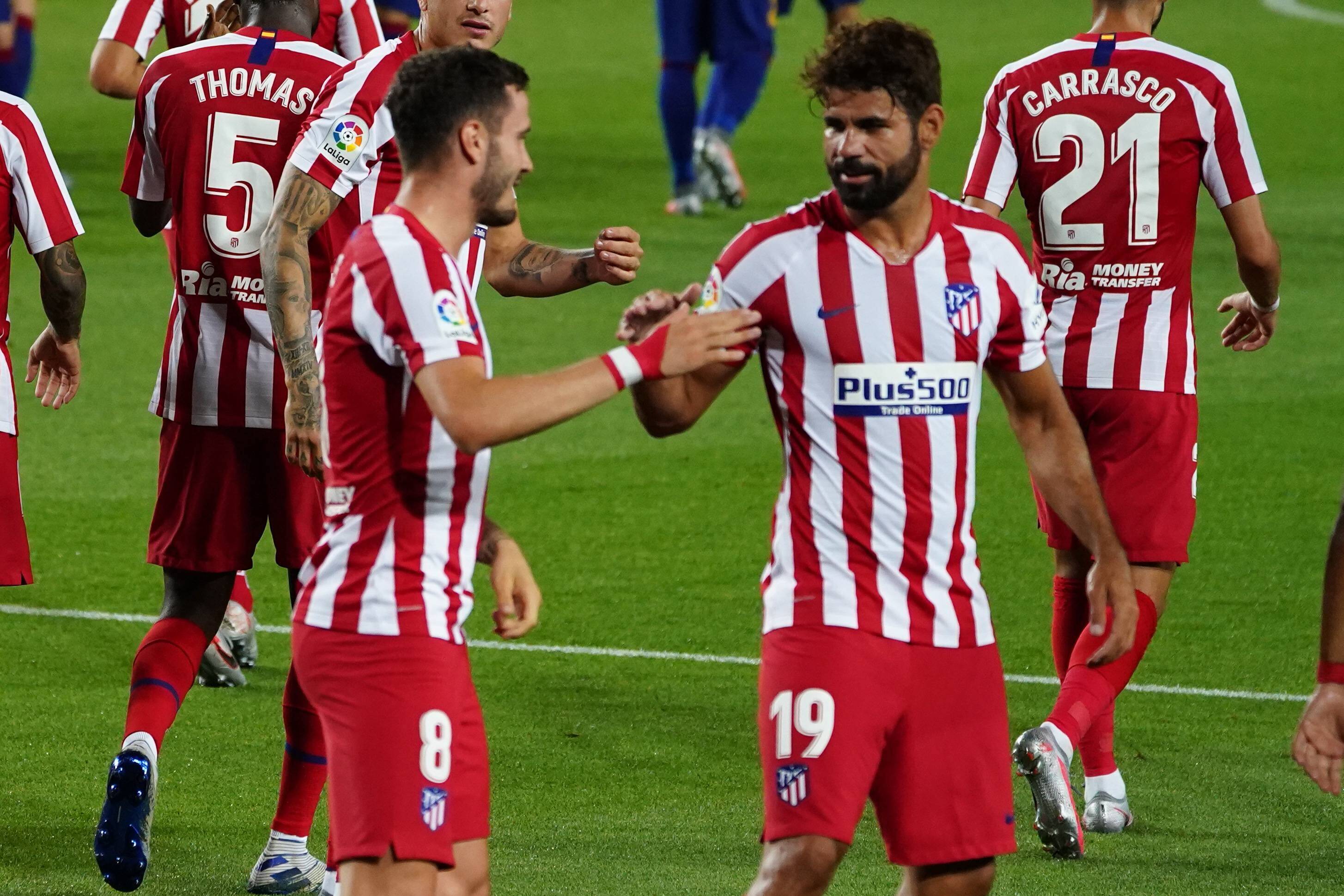 Saul and Diego Costa together in June 2020

Marcos Llorente was one culprit. The emergence of the former Real Madrid midfielder last season a real blow to Saul. Llorente effectively took his place in coach Diego Simeone's plans. For many, particularly in Spain, Llorente is now the best No8 in the world. A moniker Saul had claimed only the year previous.

But there was also a departure which affected Saul's game - and this is where Lukaku enters the picture. Diego Costa, of course the former Chelsea centre-forward, would be released from his contract in January. The decision being made after it had become clear since preseason that Diego's mind and efforts weren't focused on the good of Atleti.

Last summer, things had changed. Luis Suarez had arrived. And an adjustment was needed. Simeone's system would no longer lean on the presence of Diego Costa leading the line. Instead, it would be Suarez, at his best when facing the goal, who would be the attacking focus. Those behind him would have to adapt. For the midfield. Particularly for Saul. There was no longer a Diego Costa to work around and bounce passes off. It was now about utilising the pace of Suarez - and also Angel Correa. The great knack of Saul breaking the final attacking line was no longer needed. One of his strengths clearly blunted.

But at Chelsea. With Lukaku ahead of him. You can see Saul rediscovering his best - and also understand the reasoning behind Tuchel's determination to bring him in. Jorginho, N'Golo Kante and Mateo Kovacic were Tuchel's prime midfield options last season. A trio good enough to drive a team to Champions League glory. But also a trio which lack the goalscoring power of Saul. This isn't a like-for-like option. There is a difference in Saul's game when compared to his new midfield teammates. And it's a difference which can be best exploited when playing off a centre-forward like Lukaku.

Saul will arrive on a promise that he'll get a chance in his preferred position. Under Simeone, who gave him his debut now a decade ago, Saul had played everywhere. A season away on-loan with Rayo Vallecano, where he came to the attention of then Manchester United manager David Moyes, was spent at centre-half. And even last season, with Llorente firmly established in midfield, Saul was employed at left-back, wing-back, second striker and at centre-half. Everywhere and anywhere except where he feels he does his best.

But that will change at Chelsea. As Saul stated upon the move being confirmed: “Chelsea has promised me to train in my position, to play.

“To return to certain customs that I do not do now, that is the most important reason for my decision.

“The three midfielders who are playing are at a high level, it will not be easy to play, but if I put my mind to it and fight it, I can get it."

Get this right and Chelsea will not only have a worldbeater on their hands, but one who offers something completely different to what Tuchel already has. He couldn't get off the bench at Atletico, but Tuchel is clearly confident Saul has everything in his locker to improve the European champions.