Barcelona to pass on permanent option for Yusuf Demir

Ronaldo rallying Man Utd teammates to get behind Solskjaer

Geremi: Zidane and Man Utd could work - but the board will have to wait

Chelsea are on the move. The club's market work over the summer is proof enough of that. Indeed, their market plans just this week should open the eyes of Rudiger and his brother Sahr Senesie, who doubles up as his agent.

With Sevilla remaining obstinate and a deal for Jules Kounde now appearing dead, Chelsea aren't hanging around. Determined to deliver Thomas Tuchel, their Champions League winning manager, a new centre-half, contact has been established with the super agent, Mino Raiola, about his client Matthijs de Ligt.

The speed of Tuchel's impact encapsulated by the very real prospect of tempting De Ligt from Juventus. A year ago, such an idea wouldn't get off the ground. Swapping the Serie A champions for Frank Lampard's transitional team. But today? Today such a move would clearly be a step up for the Dutchman. An opportunity to grow with a team - and a club - determined to not only consolidate what they have, but build from it. A club record fee to bring Romelu Lukaku back to Cobham from Inter Milan an obvious sign of Chelsea's ambitions.

So they're on the march. Tuchel wanted a centre-forward and they found one for him. He's asked for a centre-half and they're leaving no stone unturned to deliver again. Kounde may've shelved his plans, but Chelsea haven't. If not the Frenchman, they'll find someone else. And this despite Tuchel's squad appearing well-stocked in that position.

So Rudiger needs to be careful. Careful - not clever. Yes, he's wanted at Chelsea. He's re-established himself as a leader inside the Blues dressing room. But Tuchel's patience will only stretch so far. He knows such situations rarely end well.

As it stands, Rudiger can walk out on the club in June. And there's just over three months to run before being clear to talk Bosman terms with any foreign club. For the player, for the moment, he's happy as things stand.

"For me this will now be the most important decision of my professional career," Rudiger stated earlier this week. "So I don't want to rush anything."

Problem is, that flies in the face of what Tuchel and Chelsea are trying to achieve. There's a culture developing under the German manager. Active. Intense. Almost unrelenting. They're the demands of the training pitch. Of matchday. And of the front office. We talk about urgency in football. And Tuchel has brought that to Chelsea. 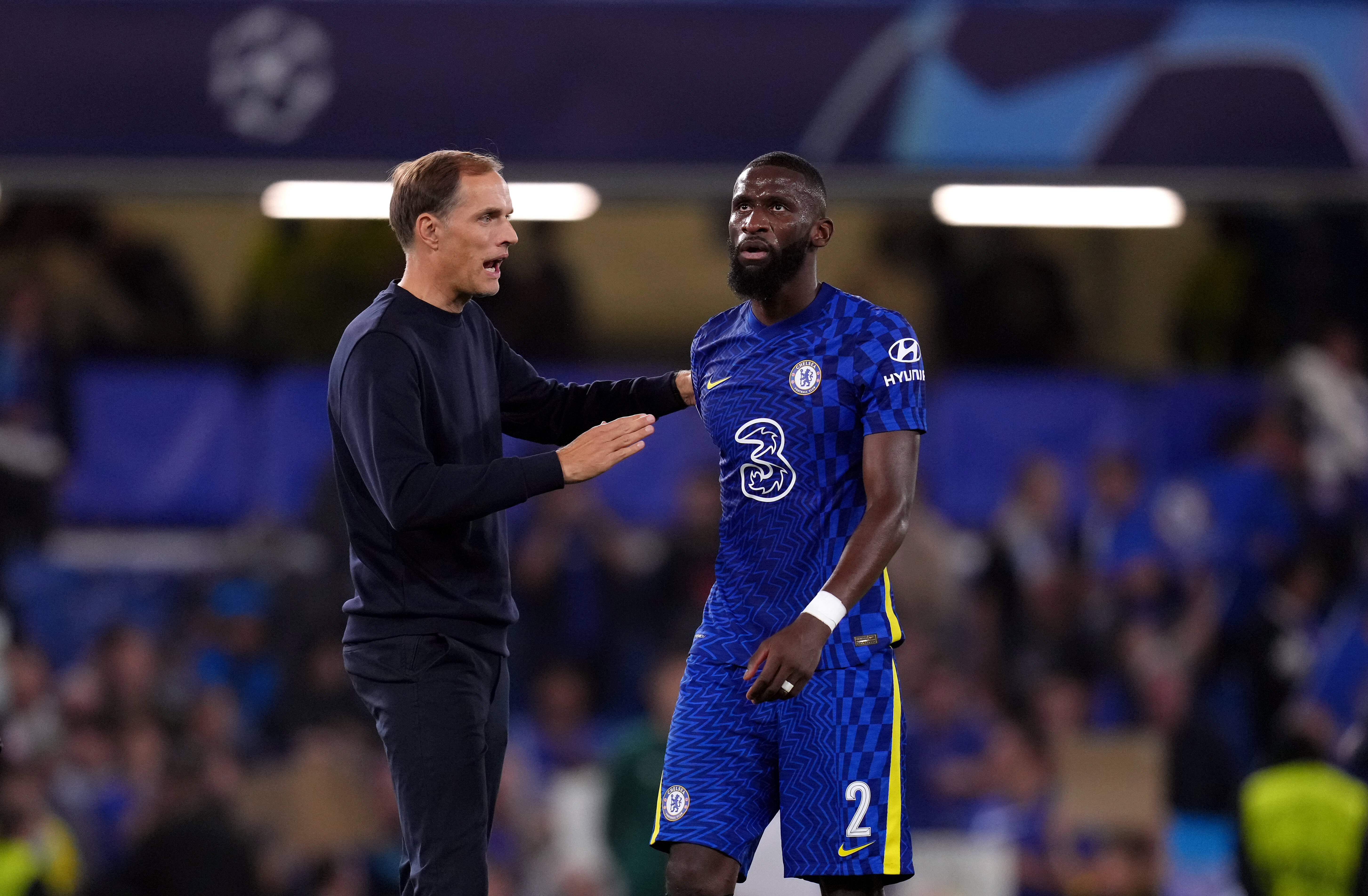 Tuchel and Rudiger together earlier this season

"The fact that I didn't renew my contract while I was in the stands is certainly only logical for everyone," says the 28 year-old. "When I started playing regularly again, I wanted to wait and see how everything would develop here."

Again, that was said this week. Rudiger knows how things have 'developed'. Everyone does. Julian Nagelsmann, the Bayern Munich, acknowledging the influence of Tuchel on Rudiger's career turnaround.

Asked yesterday about Bayern's interest in the Germany international, Nagelsmann was non-committal, though did highlight Tuchel's hand in Rudiger's current form: "Thomas has handled him extremely well."

"It's unbelievable how many players he has brought to the next level here."

His own situation was "of course very frustrating in the autumn and winter of 2020", "But then I received another chance and was incredibly motivated."

That "chance", of course, came with Tuchel's arrival. What Lampard couldn't see in Rudiger, Tuchel could. And the pair came together to help Chelsea finish the season as European champions.

So why wait? Why play roulette? Why invite questions about loyalty and commitment when he now has everything he's wanted? Flirting with a move away. Teasing a departure. It doesn't strengthen the bond between player and supporter. And it also doesn't do the man he owes for being in this position any favours.

As time ticks away. As the contract runs down. The speculation will increase - as will the questions for Tuchel. It won't be victories. It won't be performances. It will be Rudiger's contract which will drive the media agenda. And the manager will have to address it. As will his teammates. Resentment is perhaps too strong a word. But there'll be frustration. Particularly as it is all very avoidable.

But that's if Tuchel and the club allow it to run that far. And on current actions, that's unlikely. The easiest decision. The obvious decision. Is for Rudiger to put pen to paper and allow himself and the club to get on with it.

But he needs to do this soon. As Chelsea. Tuchel's Chelsea's. They're not hanging around. And they're not going to wait. Not even for Toni Rudiger...