Marcelo Bielsa's impact on Leeds United goes far beyond results. Football that entertains us is an under-rated quality in a modern game that is obsessed with trophy hauls; that so often forgets the basic joy and community at the heart of our fandom. Other managers have taken Championship clubs into the top half of the Premier League. Few have done so with the style of Bielsa's team, and even fewer while forging such a strong connection with the city.

For that reason alone his sacking this week was harsh. Perhaps Bielsa was set to leave at the end of the season anyway, somewhat justifying chairman Andrea Radrizzani's decision to bring that date forward in the bid for survival, but Bielsa deserved to leave on his own terms. He deserved a chance to turn things around, and he deserved a proper send-off at Elland Road.

And relegation was by no means guaranteed if Bielsa had been allowed to continue. It is true that the bottom fell out as Leeds conceded 20 goals in five games and it is true this followed the well-established pattern of Bielsa collapses. A high-risk strategy like his requires an intense and unwavering commitment to the hard pressing and hard running, and once confidence begins to wane players start hesitating – leading to decompressed lines and a haphazard half-press, creating defensive chaos.

But before this six-game winless streak, which it must be noted included three of the 'Big Six', Leeds won consecutive league games. It would not have taken much for them to get back on track, and with Liam Cooper and Kalvin Phillips due back in a fortnight there was genuine hope on the horizon. 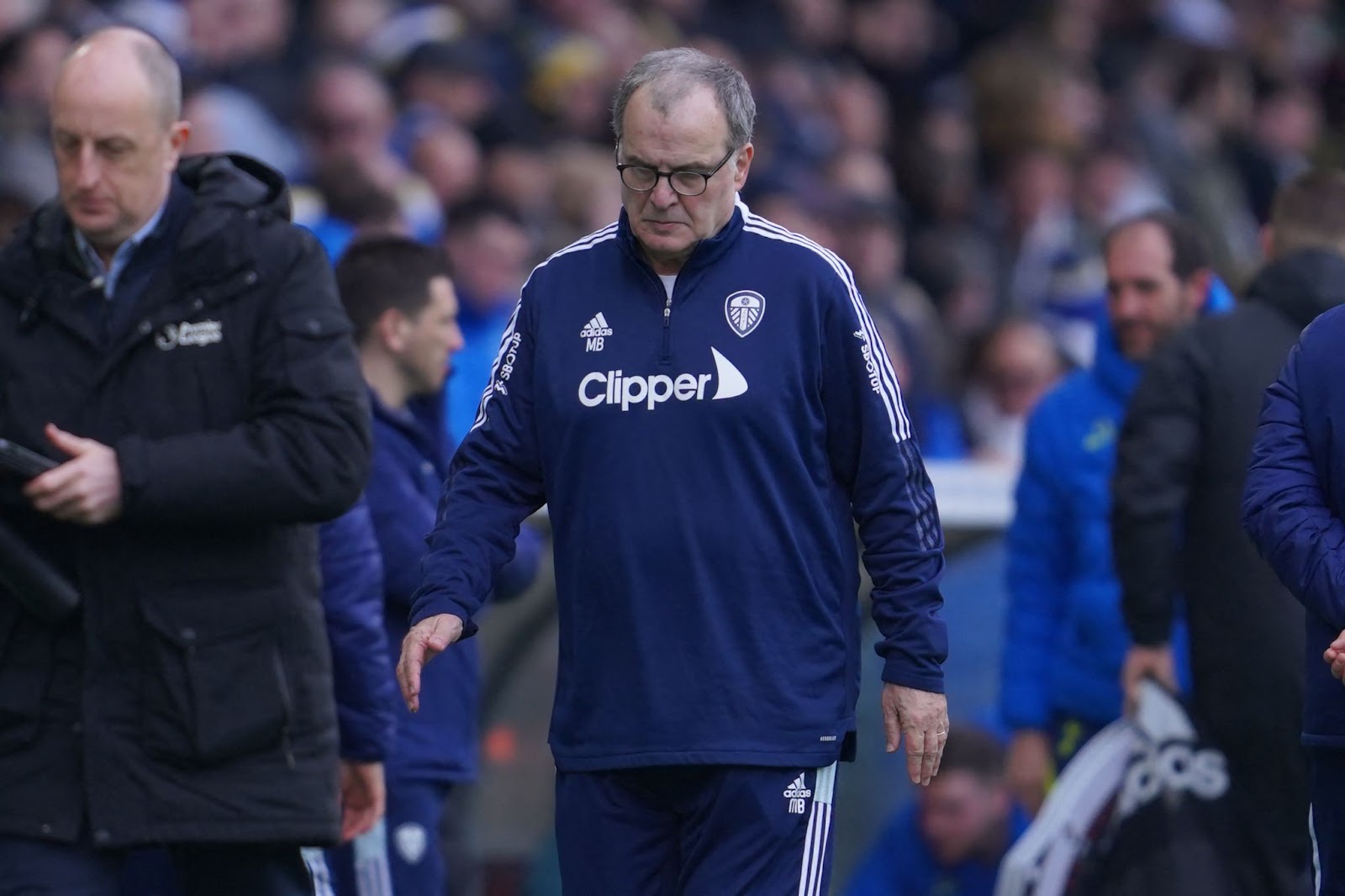 Much has been made of Leeds' downturn in performances this season, and yet ultimately it is simply down to injuries to Cooper, Phillips, and Patrick Bamford ripping the spine out of the team. Compared to last year, Leeds are taking the same number of shots (13.7 per game) and creating roughly the same amount of chances (9.88 per game, down by 0.5), but their conversion rate has fallen from 11.9% to 8.2%. Bamford could have made the difference.

Similarly their PPDA is actually improved (down from 10.3 to 9.7) despite an increase in goals conceded – which is little wonder considering they miss Cooper, who last season was statistically Leeds' best tackler, interceptor, blocker, and header of the ball.

We will never know if the injury crisis clearing up would have turned things around for Bielsa, although Leeds fans can at least take solace in the fact Radrizzani has made a very astute appointment in Jesse Marsch.

WHAT MARSCH BRINGS TO ELLAND ROAD

The 48-year-old American has risen quickly through the ranks of the Red Bull empire. In MLS with New York Red Bulls he won the Supporters' Shield (in other words, they topped the league table but lost the play-offs) before becoming Ralf Rangnick's assistant at RB Leipzig. Marsch then led Red Bull Salzburg to consecutive doubles in Austria, during which time Erling Haaland rose to prominence, before an ill-fated six-month spell as RB Leipzig ended badly in December last year.

Leipzig, who were 11th when Marsch was sacked, had been turned into a possession-based team by Julien Nagelsmann and Marsch struggled. He was the wrong manager at the wrong time – something that categorically cannot be said about his appointment by Leeds.

As a Rangnick mentee, Marsch believes in the Germanic tactical philosophy of hard pressing and making use of the attacking transitions. He is broadly in line with the Bielsa model, then, although of course the Argentine had many unique methods that will not be continued. For a team facing a relegation battle, that is a good thing. Marsch will dial down some of the madness.

His players - intelligent and hard-working - should adapt quickly to any changes but will also enjoy continuing the high pressing and calculated counter-attacks, with bodies expected to pour forward after the ball is won. Just like under Bielsa, Leeds will not be interested in possession or recycling the ball. 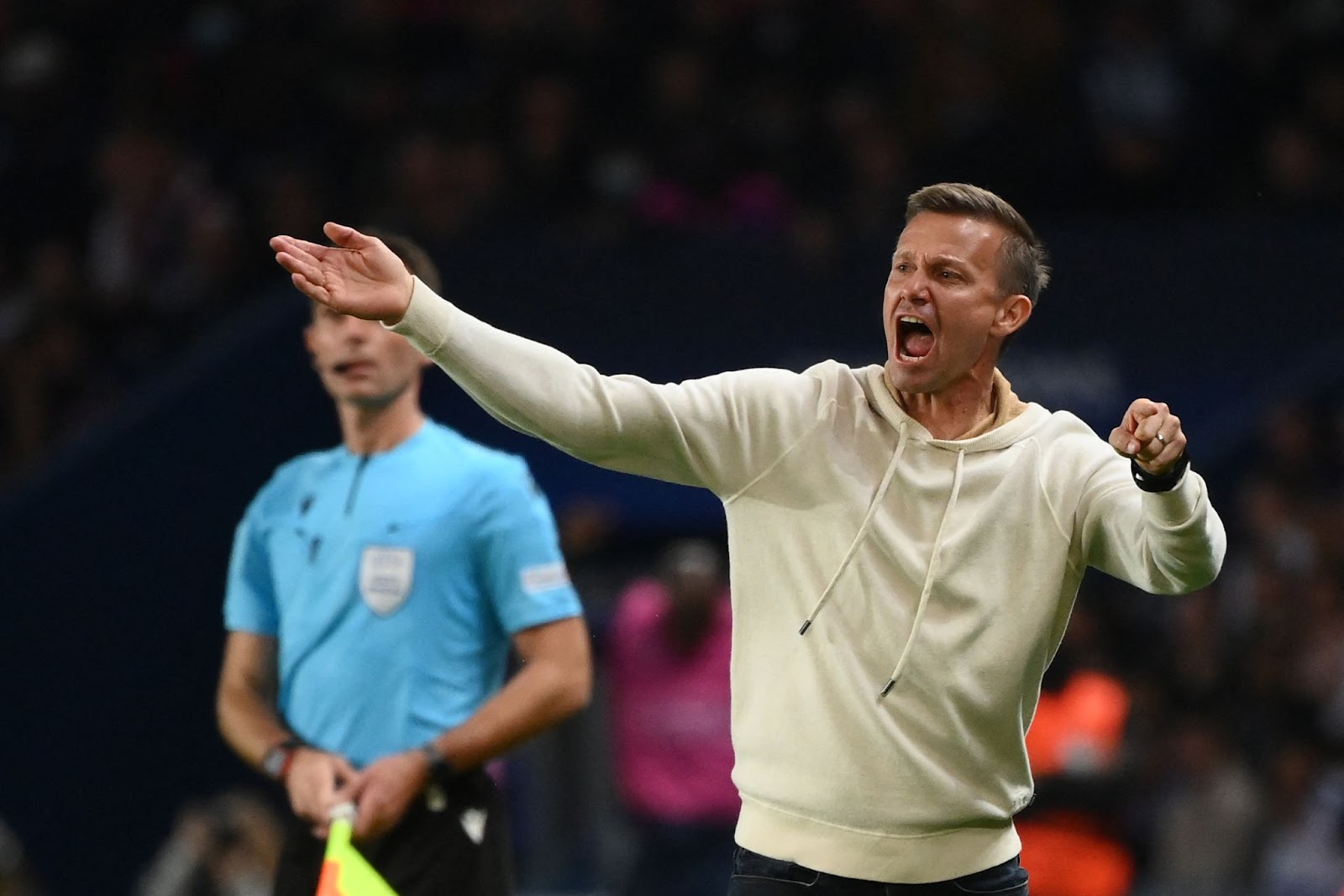 However, they will be more pragmatic than they have been. Marsch is an adaptable coach and certainly less dogmatic, meaning Leeds will be happier sitting back for periods of matches and show greater caution. Perhaps the best comparison is Ralph Hasenhuttl's Southampton: a high-pressing transitional team, but one with the humility to pick their moments.

More importantly, Marsch is not a believer in Bielsa's famous man-to-man pressing system, which consistently empties central midfield and leaves Leeds exposed. By pressing the space, by staying in a more organised and compressed shape, Leeds will be made a lot more normal under the American.

This tamer system, coupled with the imminent return of Phillips and Cooper, should fill Leeds fans with optimism. The only real problem is their lack of a striker, with Bamford not returning any time soon, although here their deeper shape may provide a solution. If Leeds are not quite so committed to being on top, Daniel James may enjoy an increase of space to be found behind a higher opposition defensive line, especially if he is partnered with a dropping Rodrigo in a Rangick-esque 4-2-2-2.

Leeds have not been as bad as many have made out, and are only a few tweaks away from becoming a cohesive side again. In fact, until a dip in form sapped their confidence Leeds continued to do all the right things tactically – except for the basics in both penalty boxes. Cooper's return, a calmer defensive approach, and an end to the man-to-man marking system should solve one of those two problems. A couple of positive results and the attacking side may naturally follow.