COMMENT: The headlines suggested otherwise. But this was no transfer demand. It wasn't even close. Indeed, dig into the interview and Richarlison makes it very clear his commitment to Everton.

He knows it. As does his minders. That summer talk about following Carlo Ancelotti to Real Madrid was the stuff of fantasy calcio. It was a media flier. Nothing more. Nothing less. But it's stuck. As have the PSG rumours, which to be fair do have some credence.

But as we say, this stuff sticks. So when Richarlison granted an interview to Argentina's Ole this week, those transfer stories had to be raised.

An opportunity? A trap? We know Richarlison is a straight-shooter - especially when speaking with South American journalists. Those concerns about Everton potentially blocking his gold medal hopes with Brazil still front of mind.

So when it was put to him regarding the press speculation of interest from Ancelotti and PSG's Brazilian sporting director Leonardo, you knew Richarlison would be responding from the heart. There'd be no PR fluff. No double-speak. He doesn't do that. And in terms of a response, Richarlison couldn't have told fans how he feels about Everton in any better way.

"I'm always very careful when I talk about it," the 24 year-old said. "I have great affection for the people of Everton and for the club, who received me so well from the first day I arrived.

"I don't know what the future holds..." which was basically the line that drove headlines around the world. But, as we mentioned, dig a little deeper and Richarlison's show of commitment cannot be any clearer.

"If one day I have to go, it must be good for me, but also for the club," he continued. "But if I stay, I will continue giving my life for this shirt and for the fans, who have always supported me and were with me at all times.

"I have enormous gratitude and feel at home when I am at Finch Farm training ground or Goodison Park stadium." 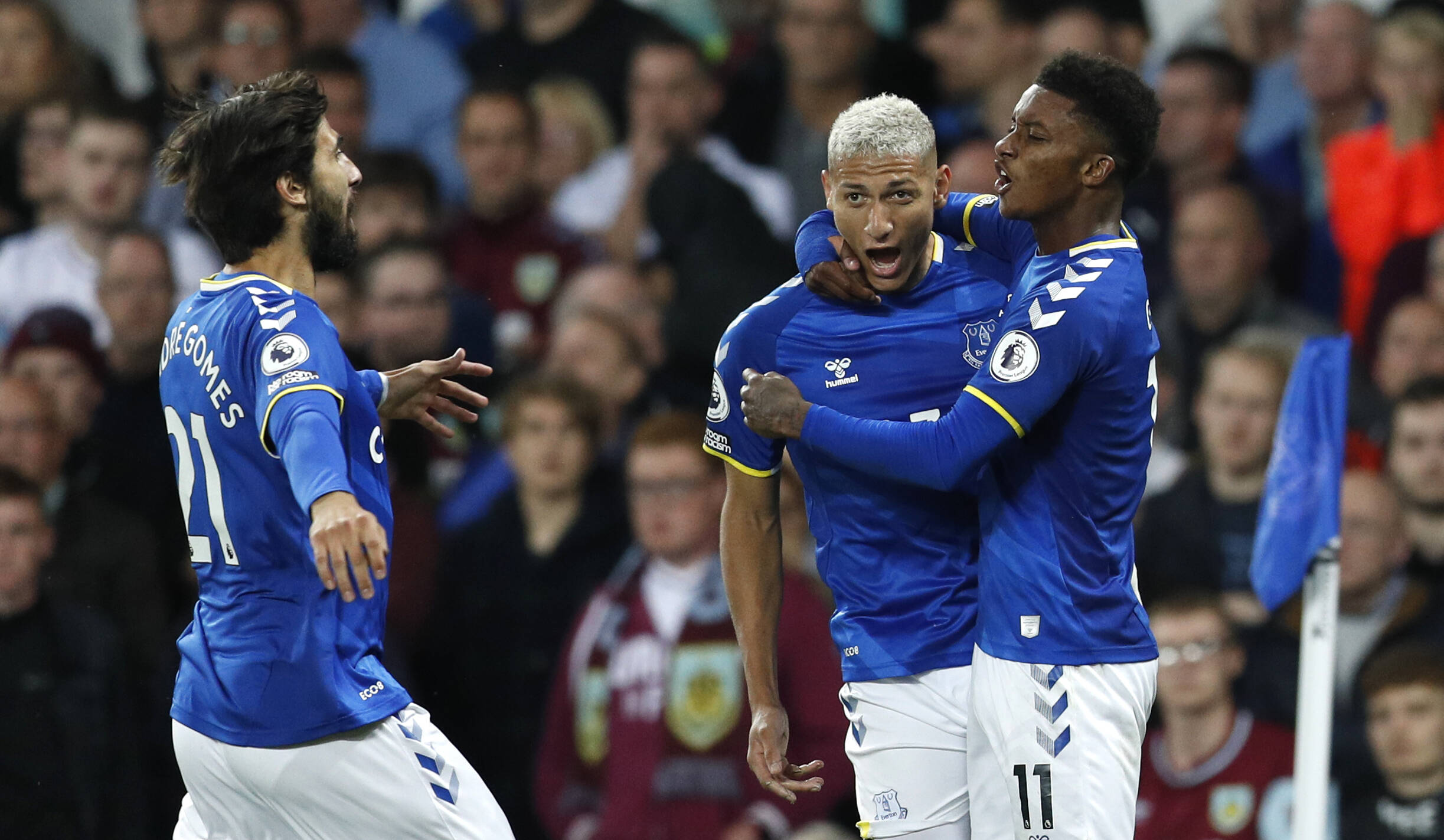 So he's happy. Ambitious, sure, but not unsettled. If the right offer comes around, it'll be considered. But there'll be no wobbler. No downing of tools. Even with such a leading line of questioning, Richarlison made clear what he feels about the club and the fans. Everton have a player here. Rafa Benitez has one here. A player - a committed player - to build a team around... and for the long-term. The interview didn't stretch to why he's so settled at Goodison Park. But you fancy his manager's comments over the weekend have settled any doubts.

These are exciting times for Evertonians. The Blue half of Merseyside should be bouncing. An ambitious manager. Coupled with an even more ambitious chairman. The place is on the move. For those connected to Goodison Park, January and the winter market promises to be one of the most lively this century. Benitez has already said as much. With James Rodriguez's wages freed up. With a fee from the Colombian's latest club, Al-Rayyan, now banked. Benitez and his chairman, Farhad Moshiri, have room to act. And exciting for fans, the two men are on the same page.

"We are lucky enough to have an owner that wants to spend money so that is great," declared Benitez, before in the same breath enjoying a dig at Mike Ashley, his old employer at Newcastle United. "After my last experience in the Premier League, not spending any money! I think it's really good to have owners with this experience."

Indeed, planning is already well underway. Benitez's words a promise to the support to expect a leap from the £1.5m spent over the summer on Demarai Gray, Andros Townsend and Asmir Begovic.

"Now it's just to be sure that, when the new transfer window arrives, we are ready," the Spaniard continued. "We know what we need, we just have to be capable of doing it."

And being "capable" has nothing to do with budgets or the funds set out by Moshiri and his bean counters. Instead, it's all about the restrictions of Financial Fair Play. Restrictions which have now been eased.

Benitez will be buying in January. Not to replace players. Certainly not to replace Richarlison. But to build upon what he's inherited.

And it must be said, Moshiri will be feeling good about entrusting Benitez with his chequebook. No-one can argue against the impact Townsend has made since his free transfer from Crystal Palace. And for Gray, there's already growing calls declaring the signing from Bayer Leverkusen as the bargain of the season. The performances of both attackers ending any doubts inside the board room about backing their new manager in the transfer market.

And it's an opinion shared by the club's No7. The headlines read different this week, but when you dig a little deeper, it's clear Richarlison is as excited as any Evertonian about what lies ahead in this Benitez era.